An original pair of British leather work boots dating from the inter-war period and in a size 10.

These boots are an interesting shape similar to those now offered by the boot makers 'Lennons' which they refer to as 'shepards boots'. The boots are made with the rough side of the leather on the outside and feature a long throat which finishes nearer the toes than is usual. The soles and heels are leather and the remains of cleats are fitted to the soles. The heels feature a metal horseshoe - the same as those used on the British Army ammunition boots of the Second Wolrd War.

There are no markings or makers names to be found inside the boots just the numerals '10' in ink which denote the size.

The boots appear to be in reasonable condition for their age and display nicely. They are a vintage, pre-worn item though and may have issues commensurate with age.

All in all a nice pair of original period boots with some interesting details! 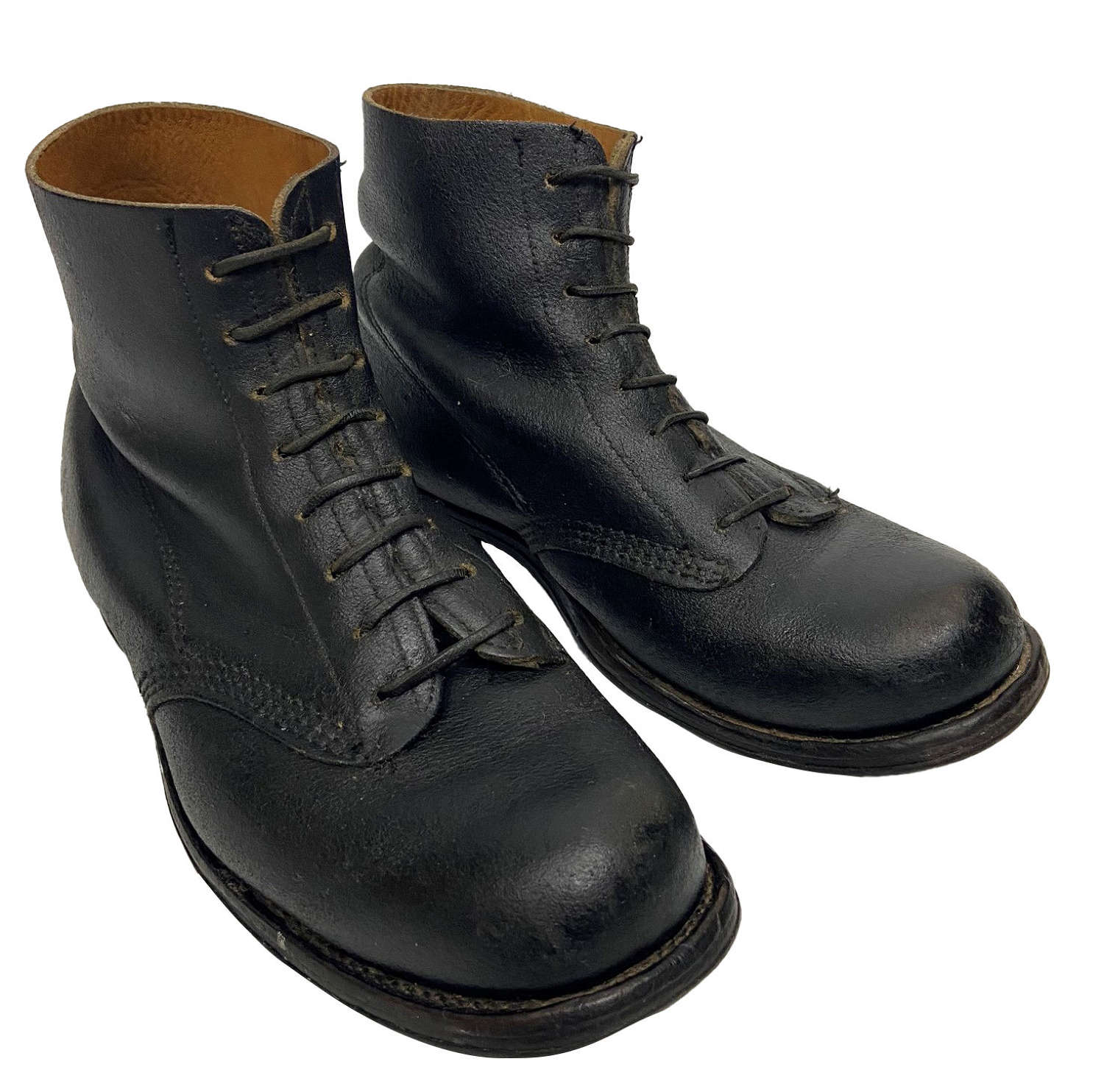 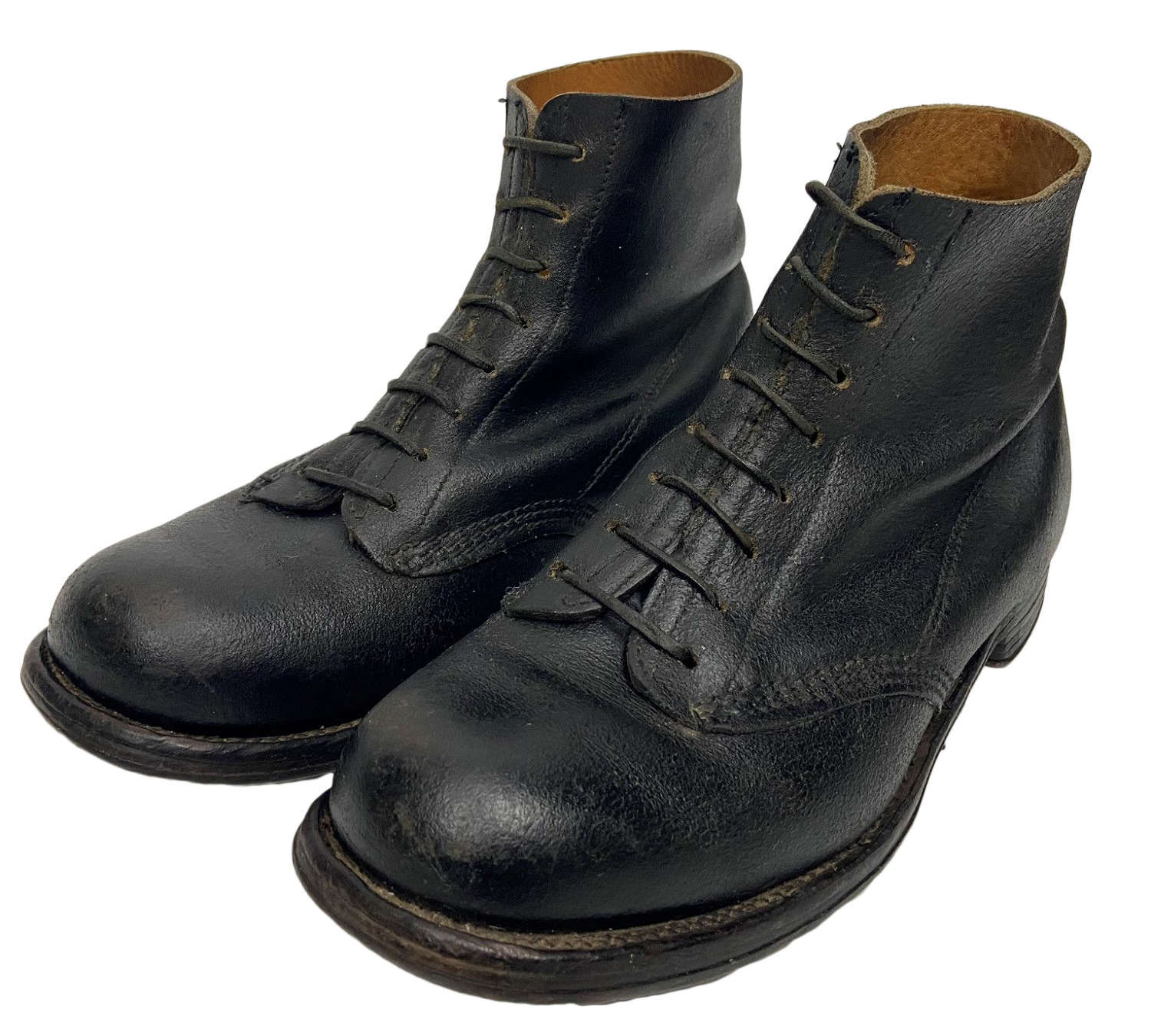 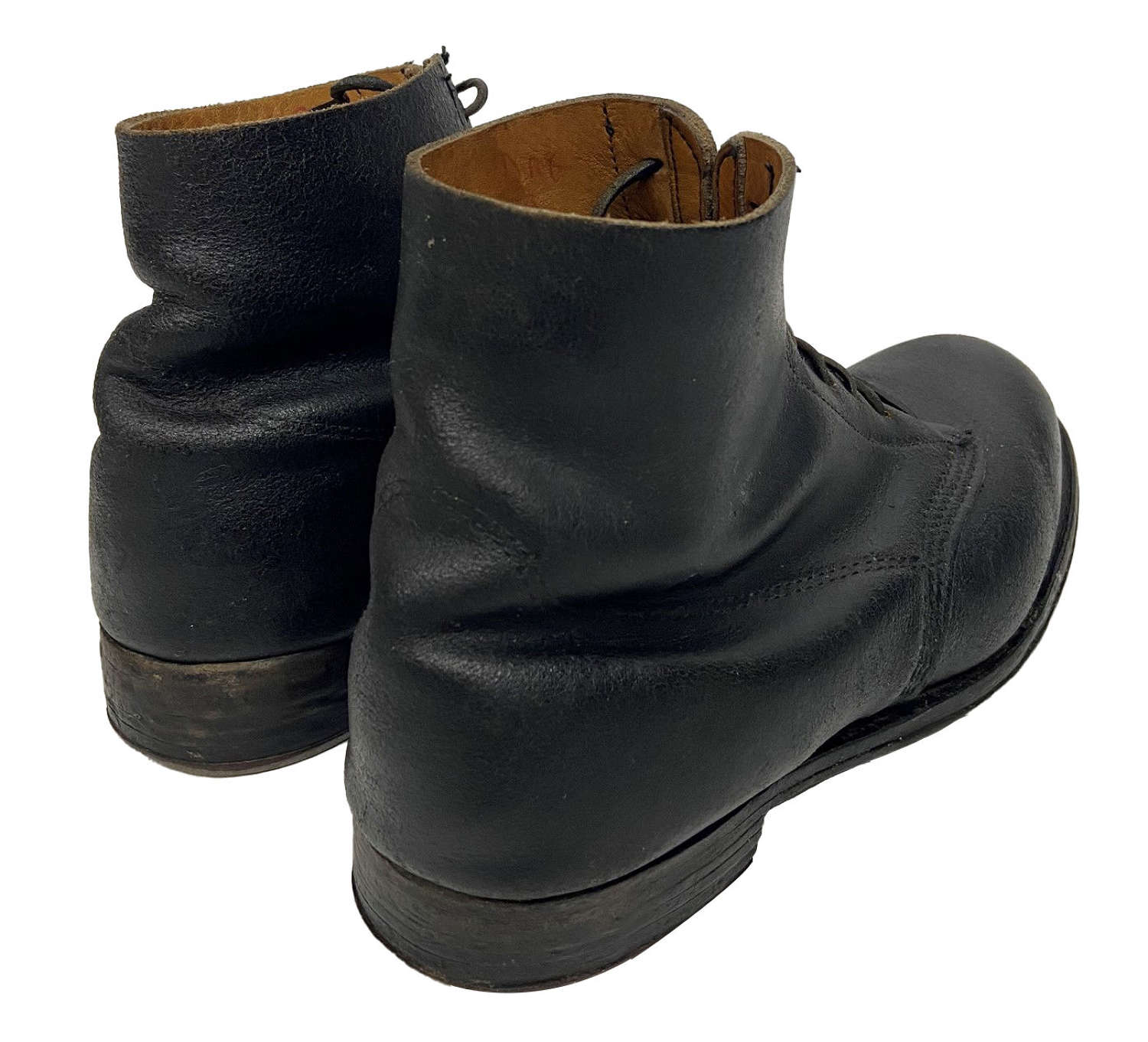 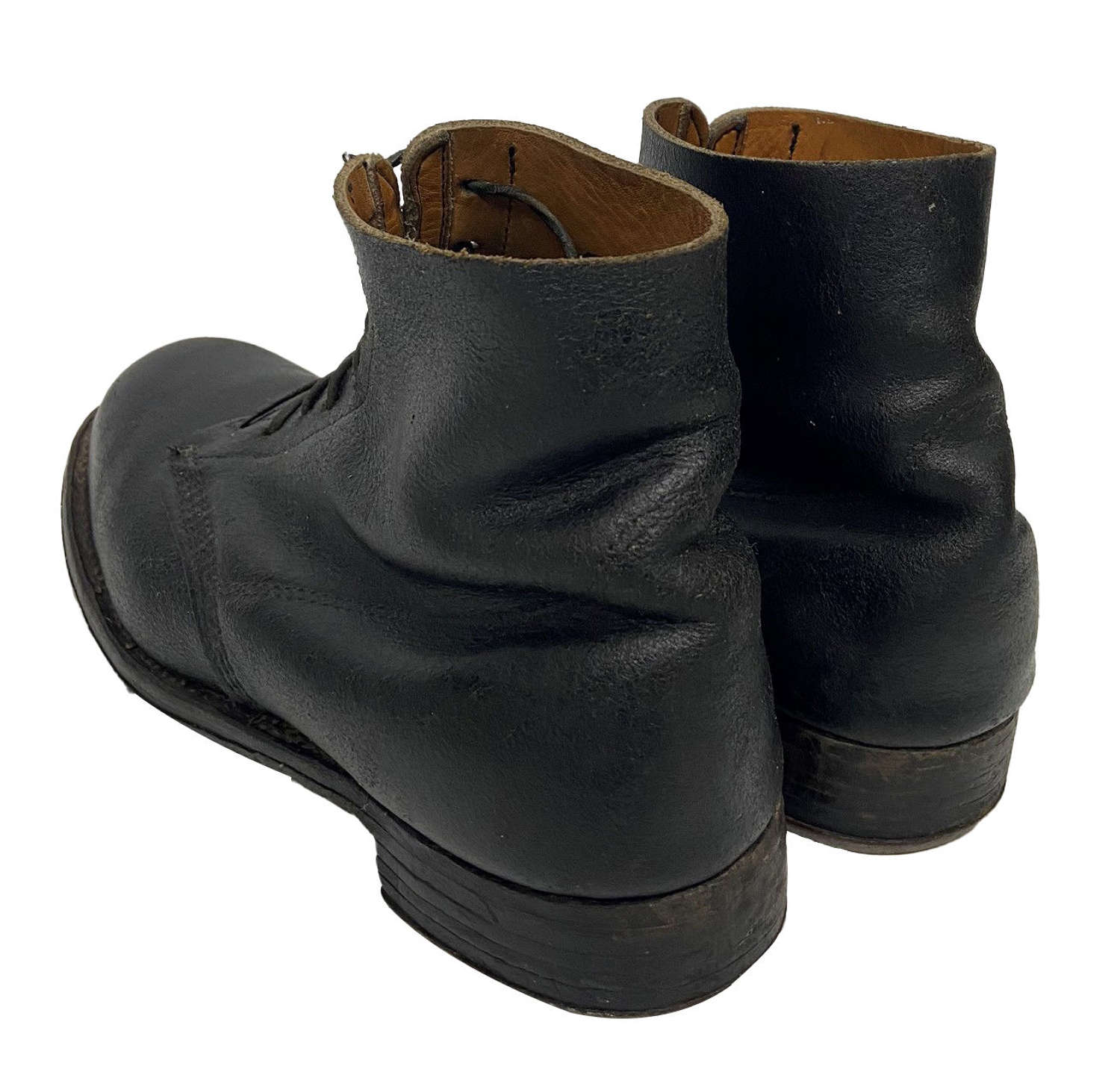 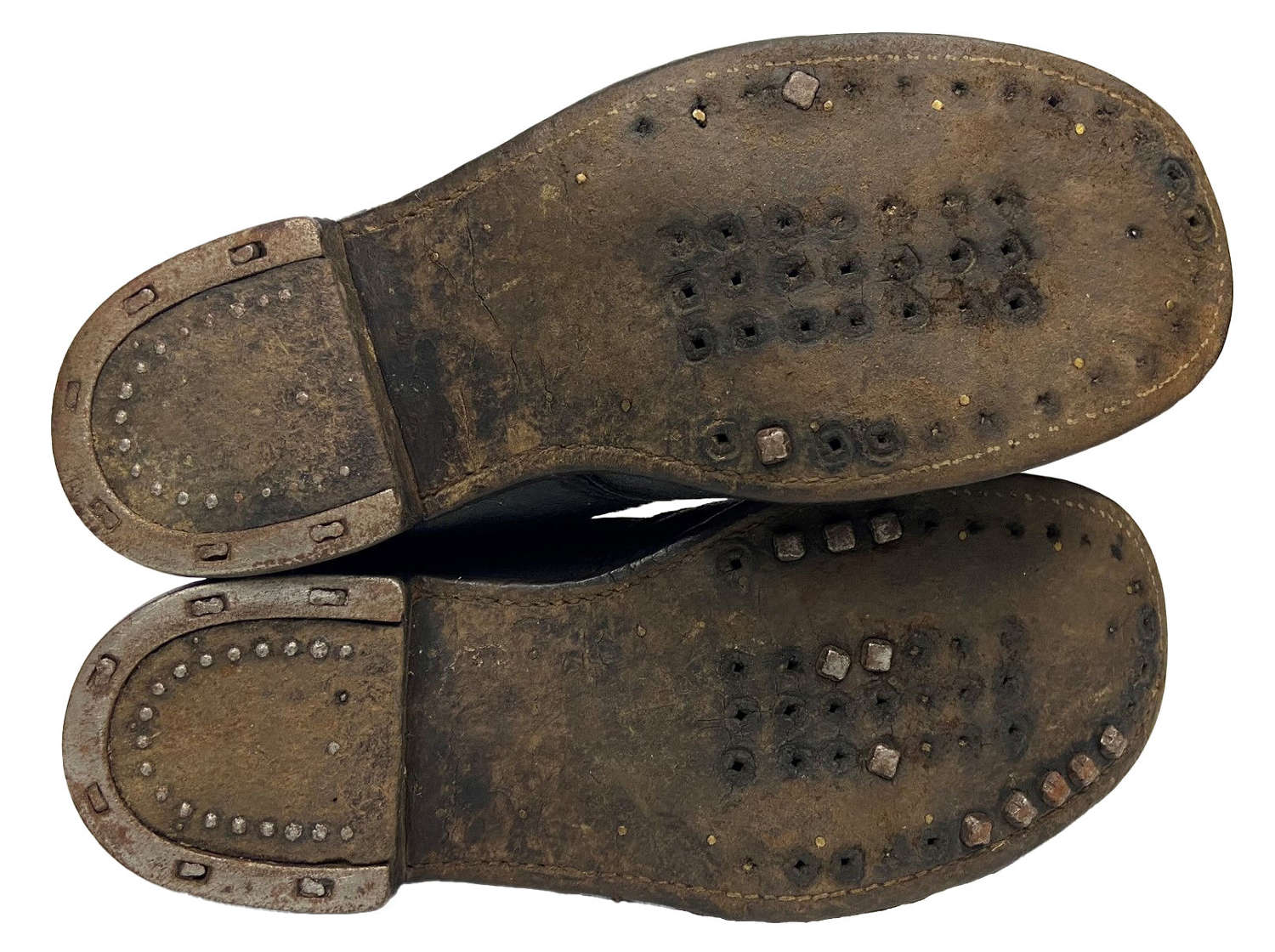 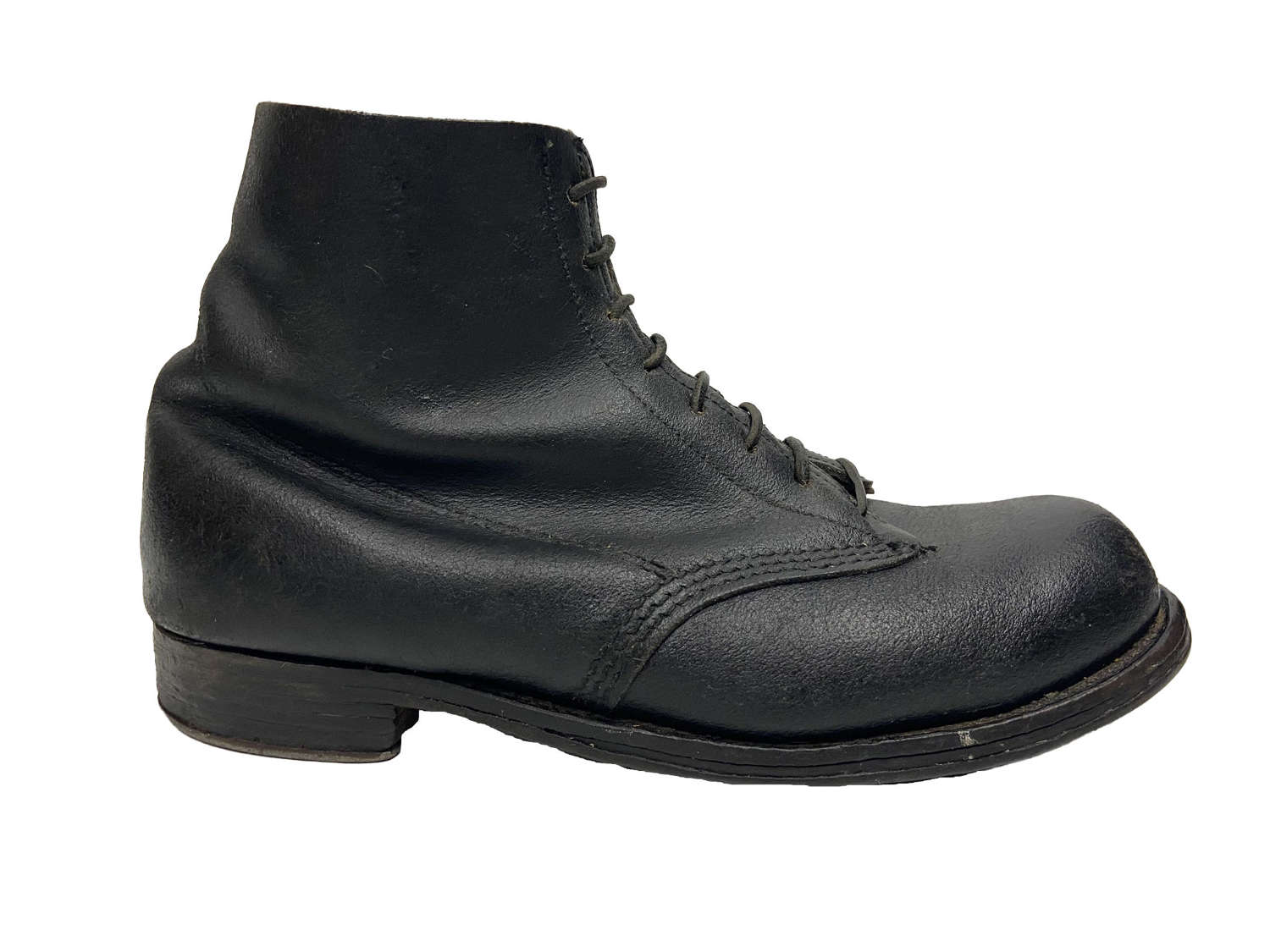 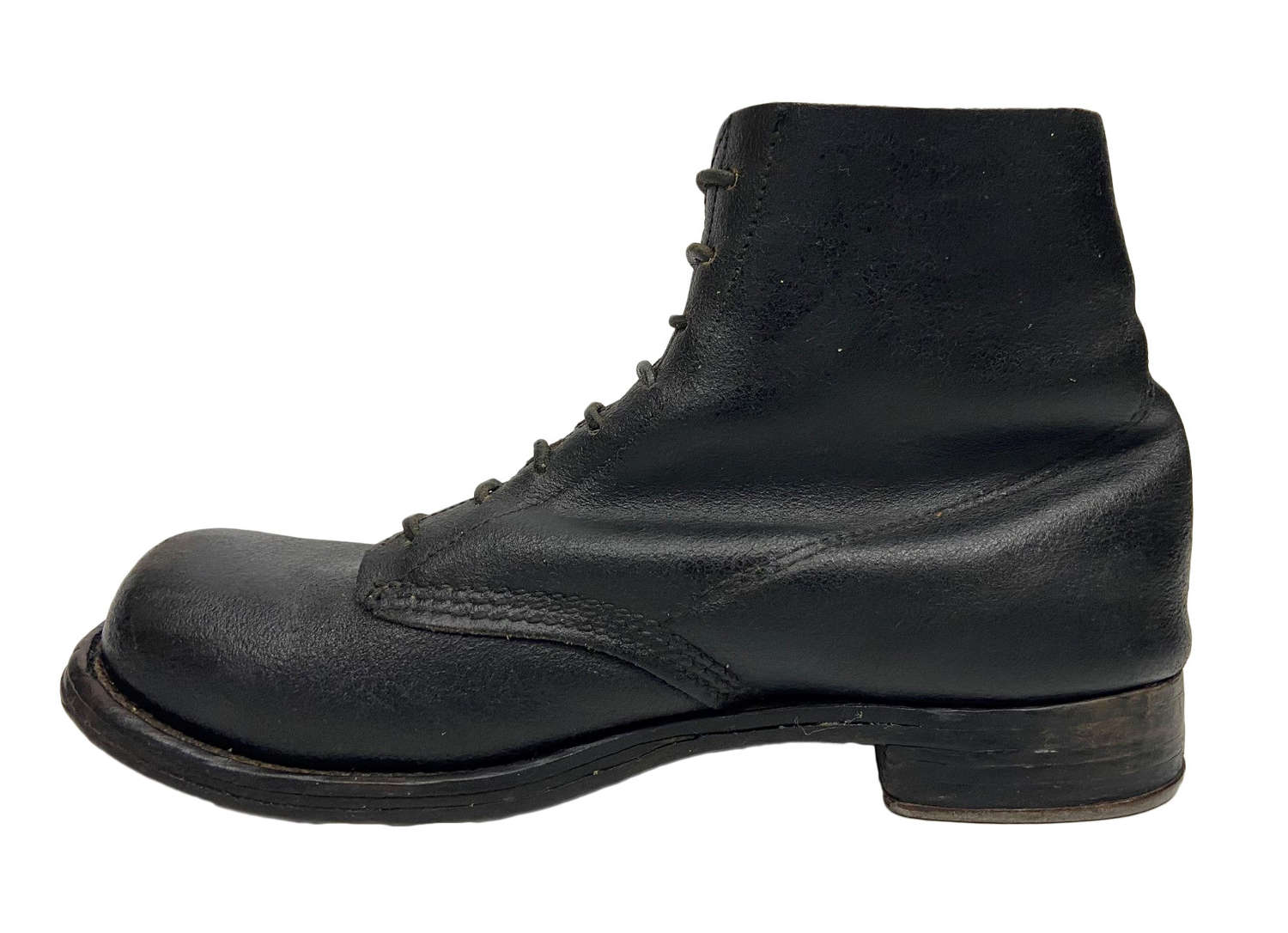 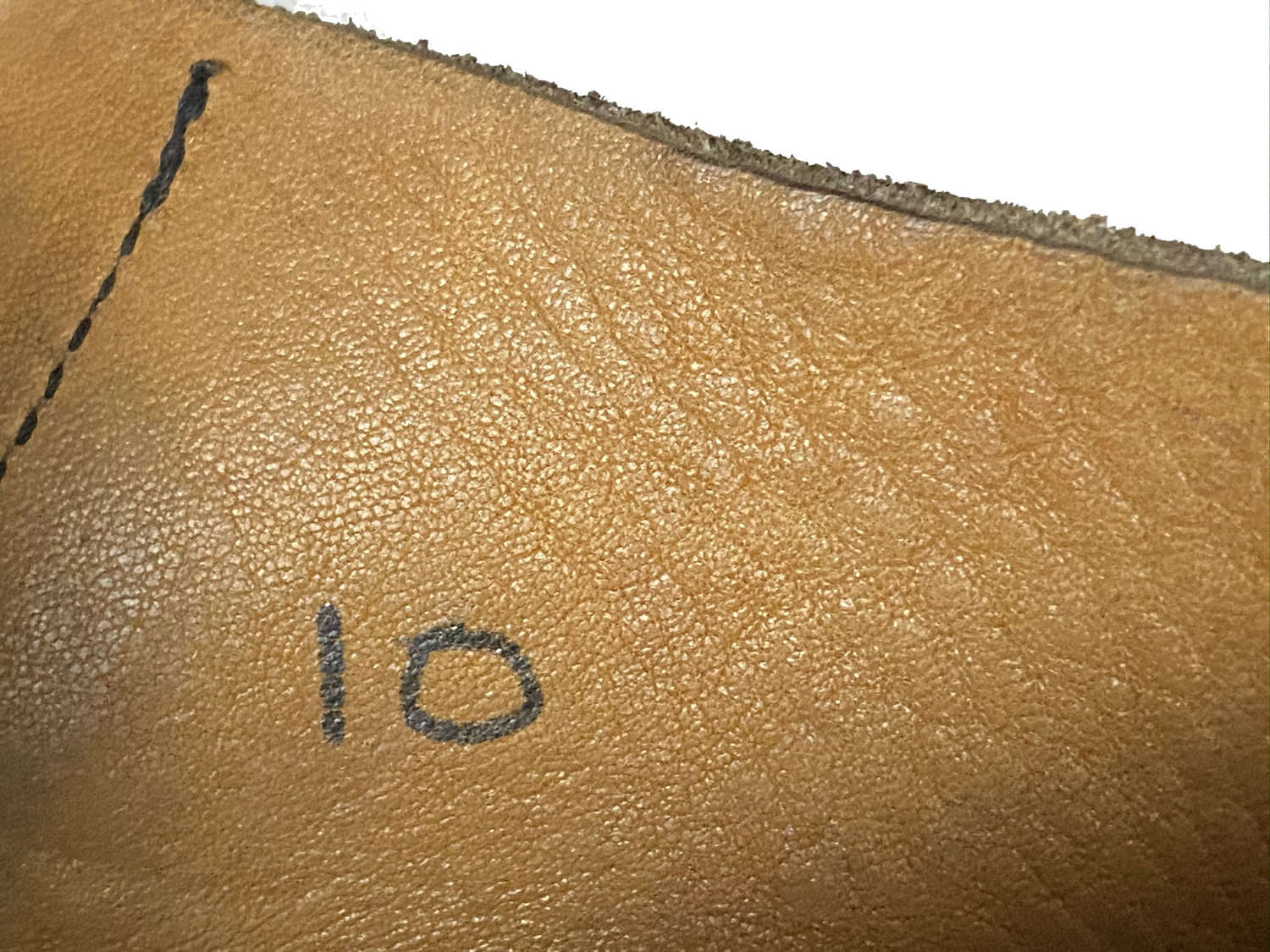