This pattern of raincoat came into issue in 1954 remained virtually unchanged from its 1940s counterpart. They saw issue throughout the Korean War as well as the Vietnam War with this being an earlier example.

This example comes complete with its removable liner which is attached to the coat with buttons.

Inside the pocket of the raincoat the original label is still present and is bright and legible. The official title is 'Overcoat Cotton, O.G. 107 With Removable Liner and the size as 'Regular Small'. The manufacturer's name of 'Nick Ipolitti' is present as is the manufacture date of 26th of June 1953.

As stated the coat is designed to fit someone of a small regular build. These coats are generously cut as they are designed to be worn as an outer layer. When laid flat the coat measures - 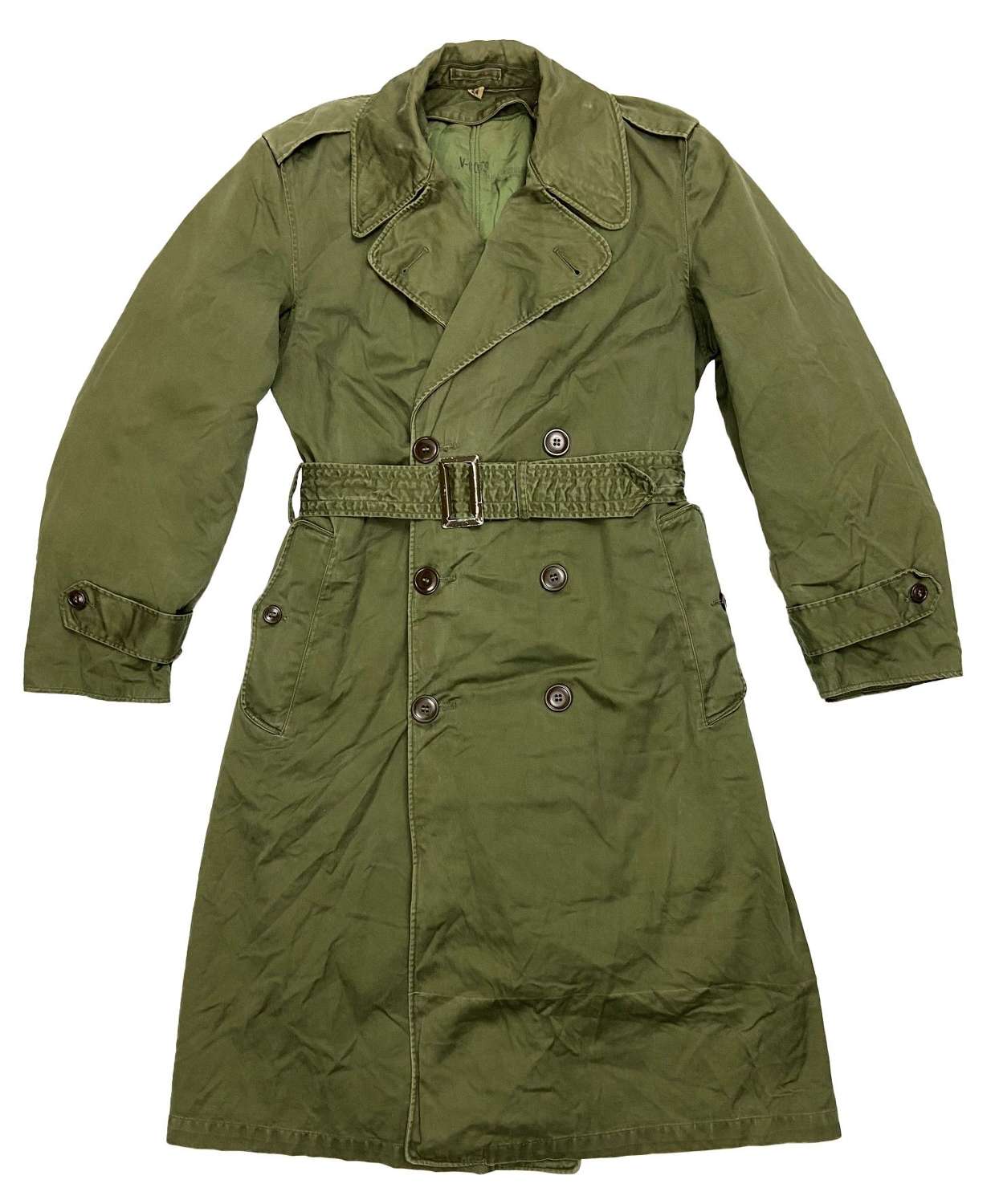 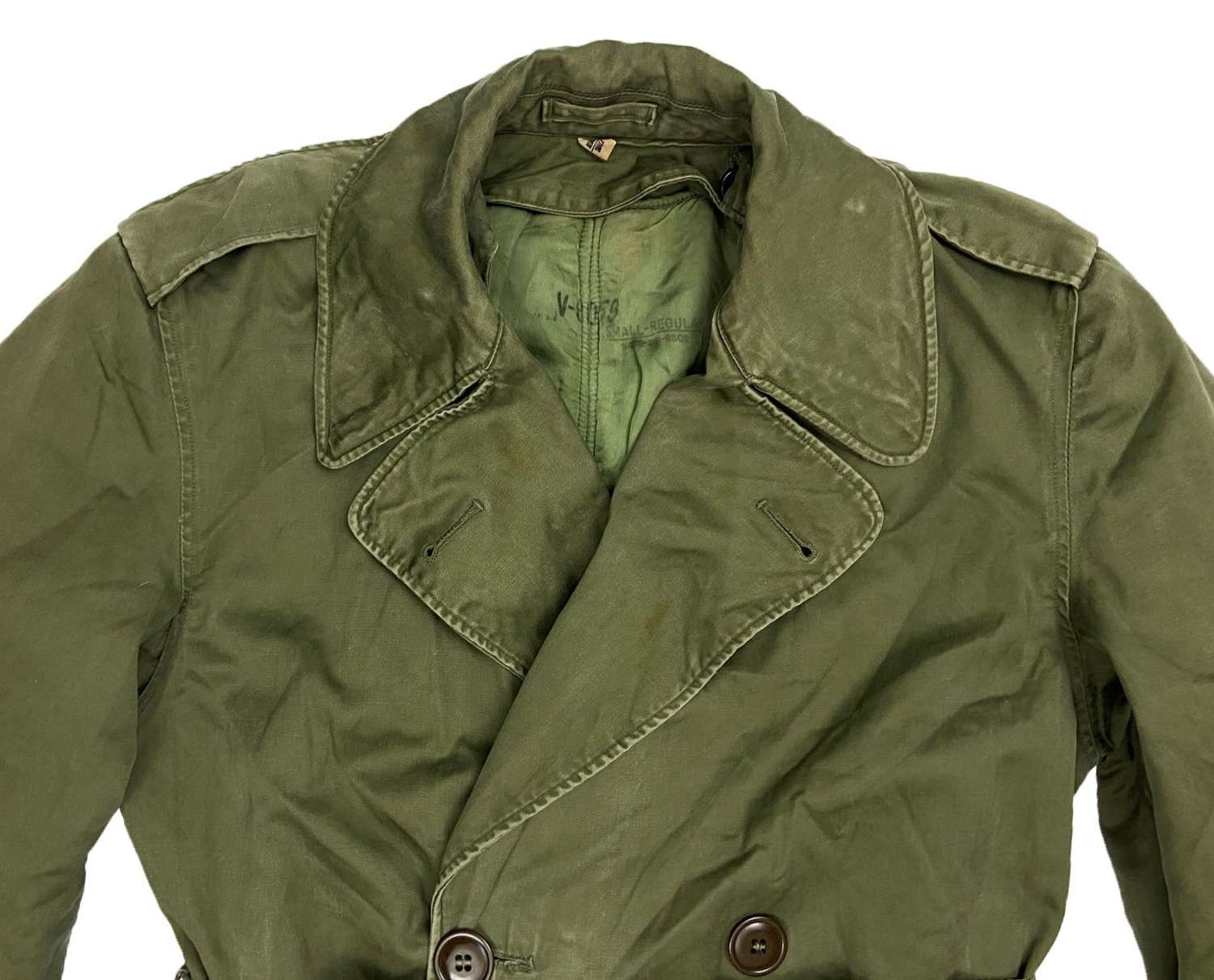 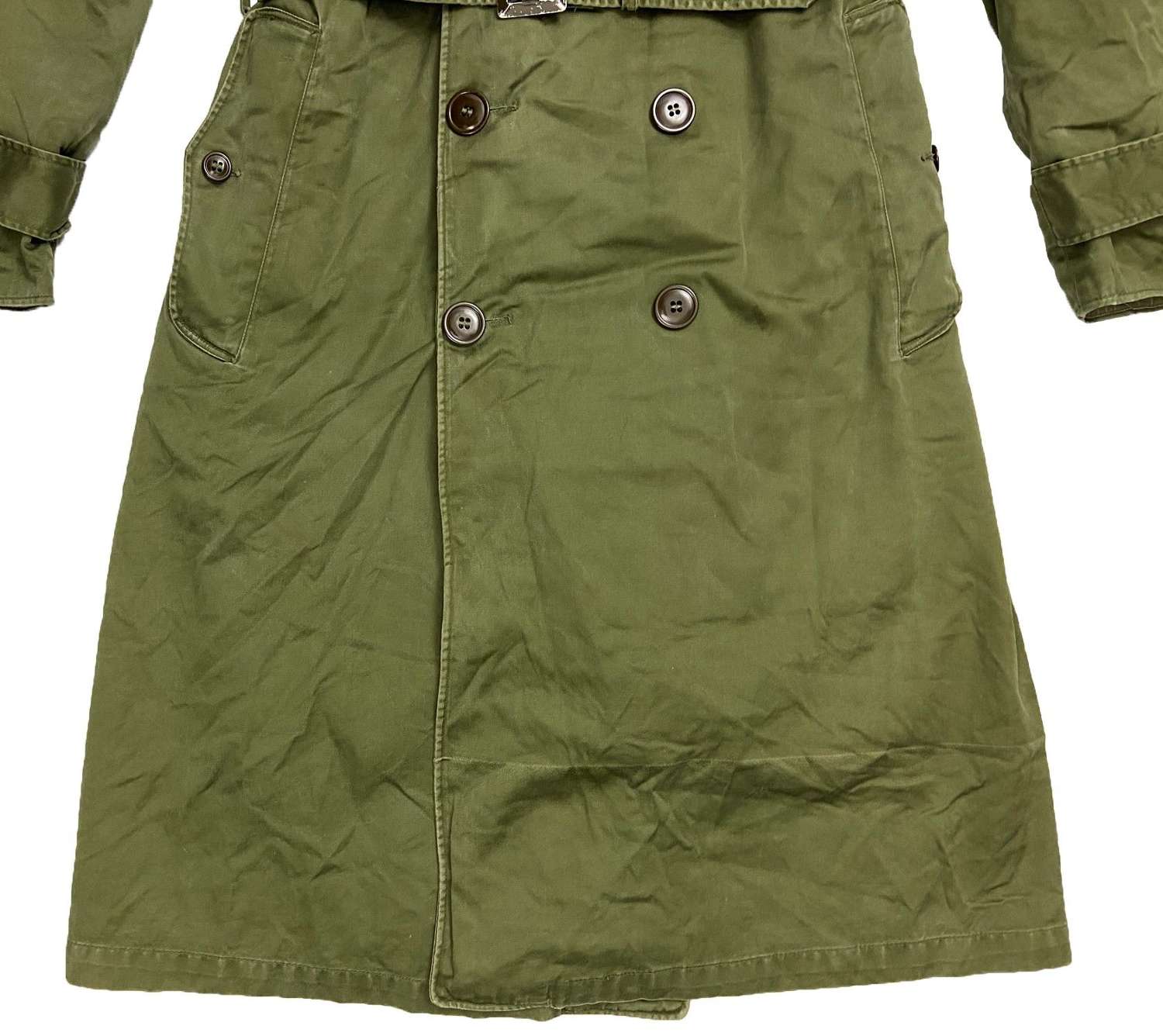 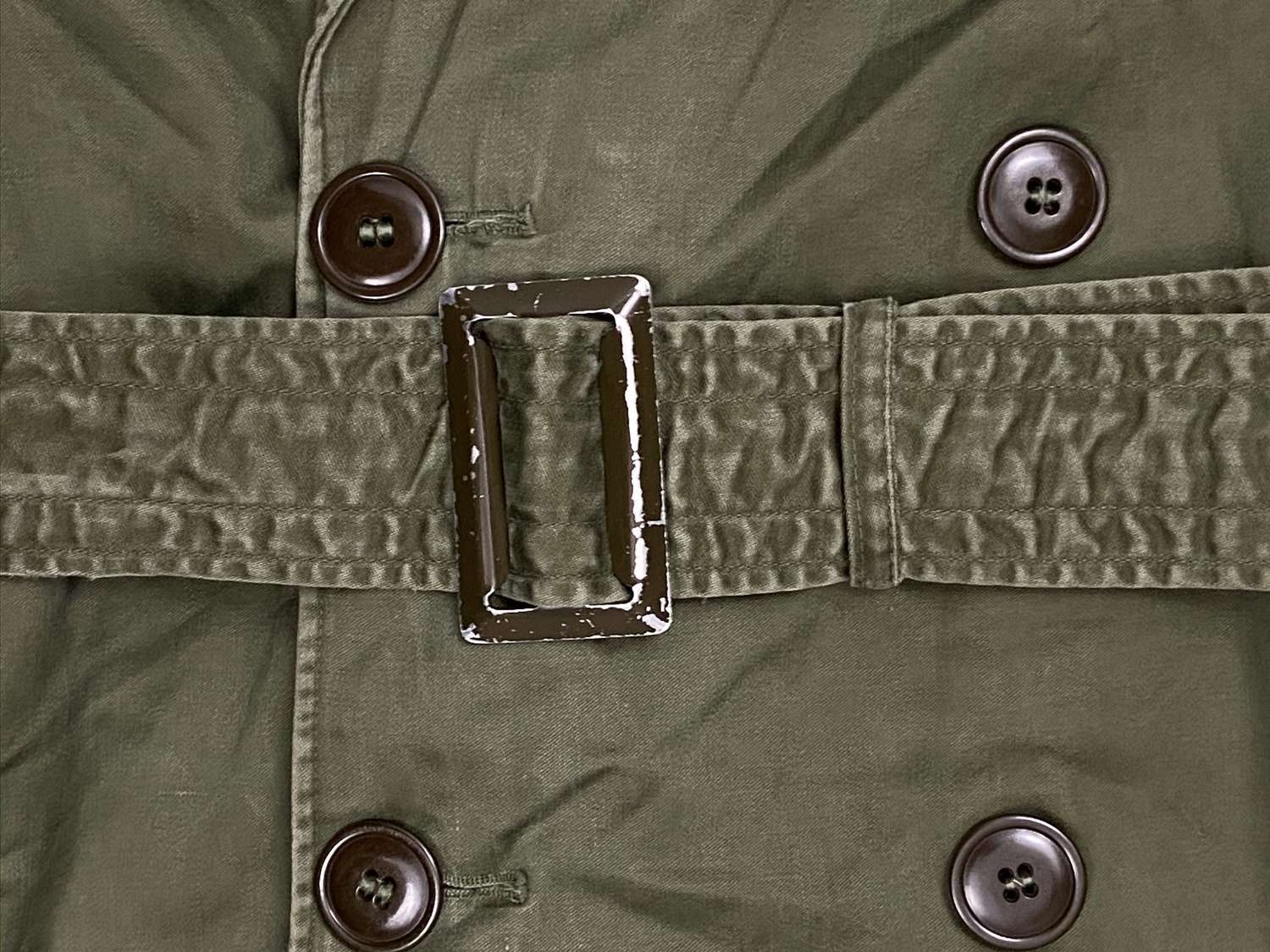 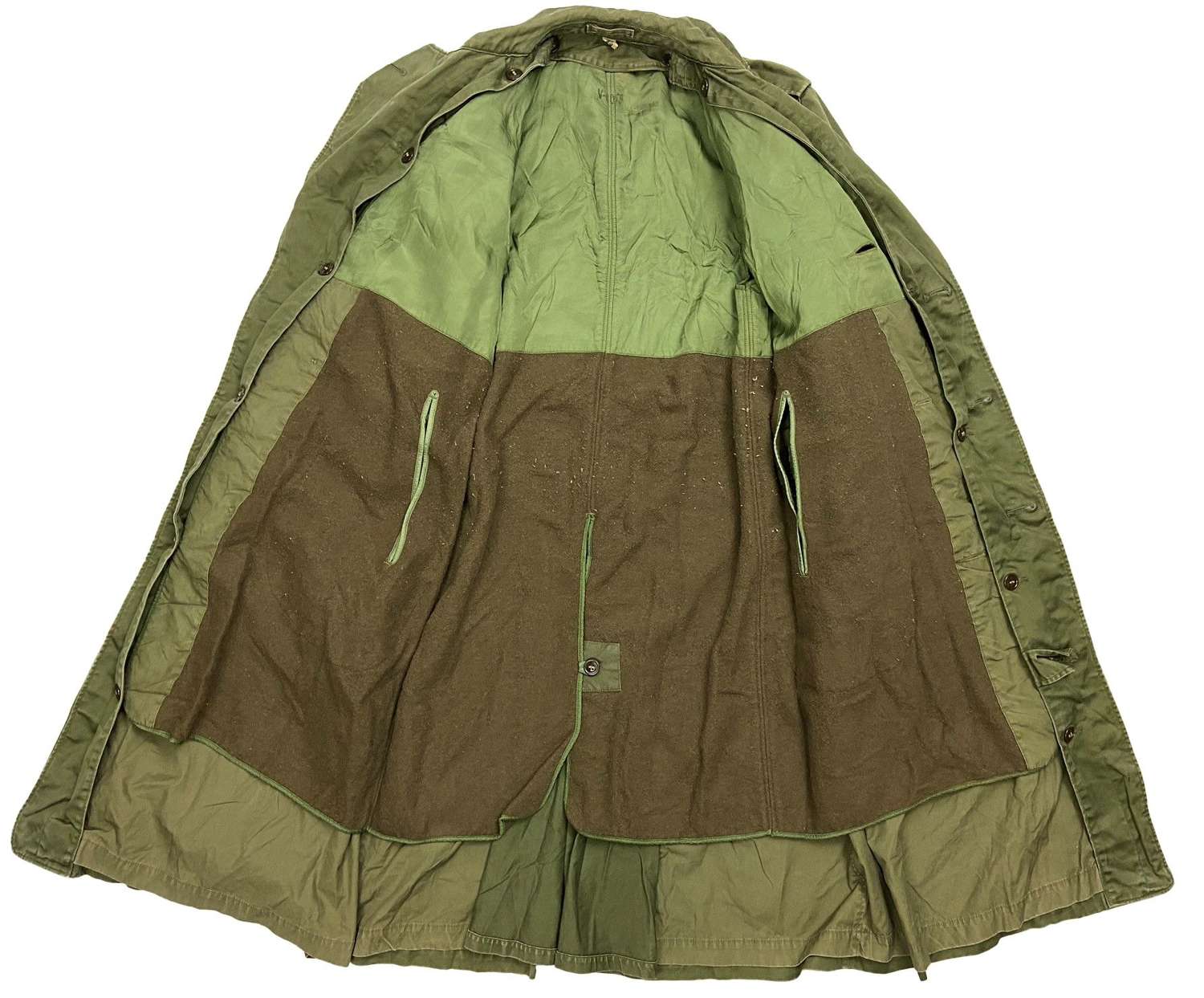 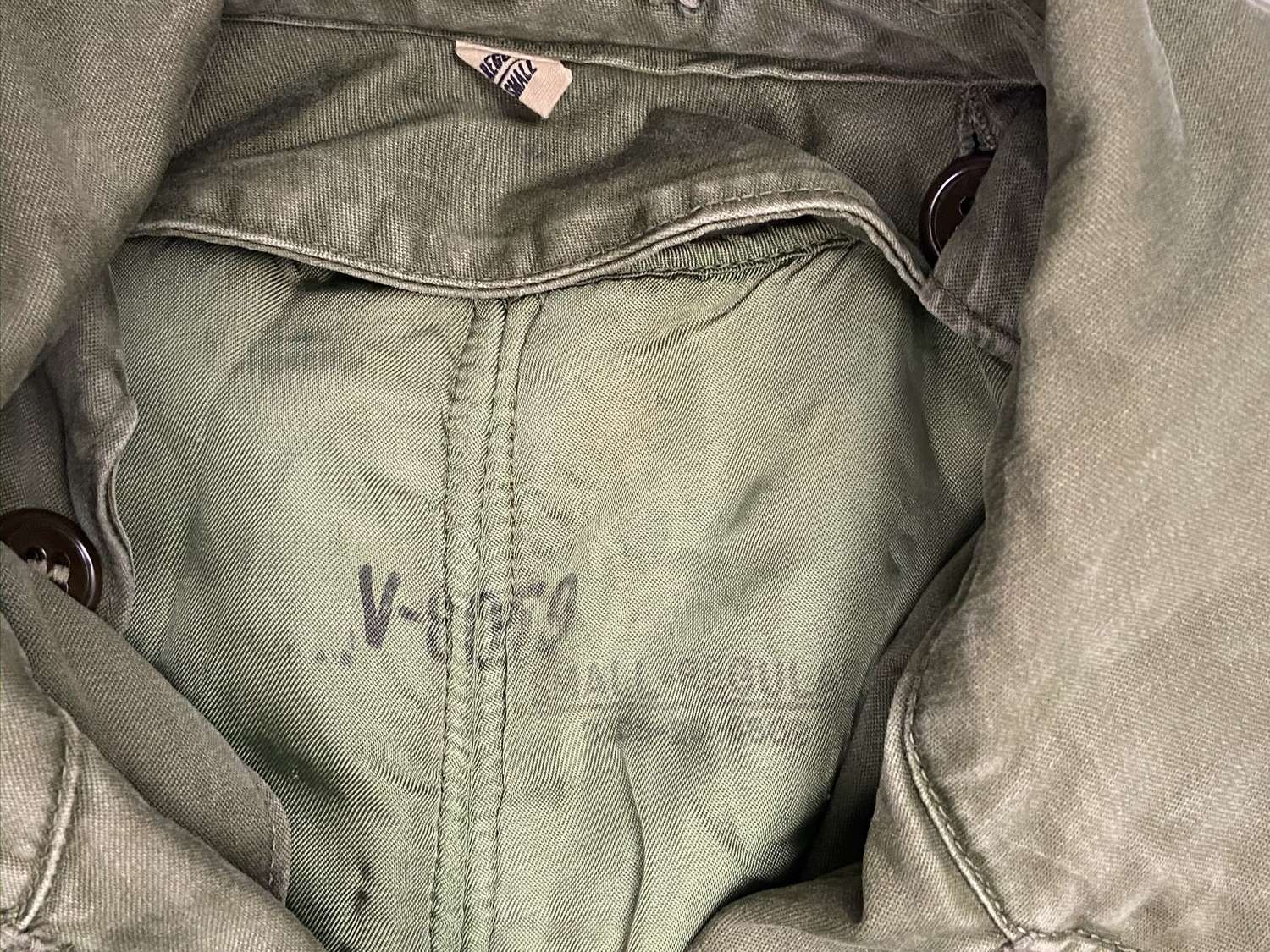 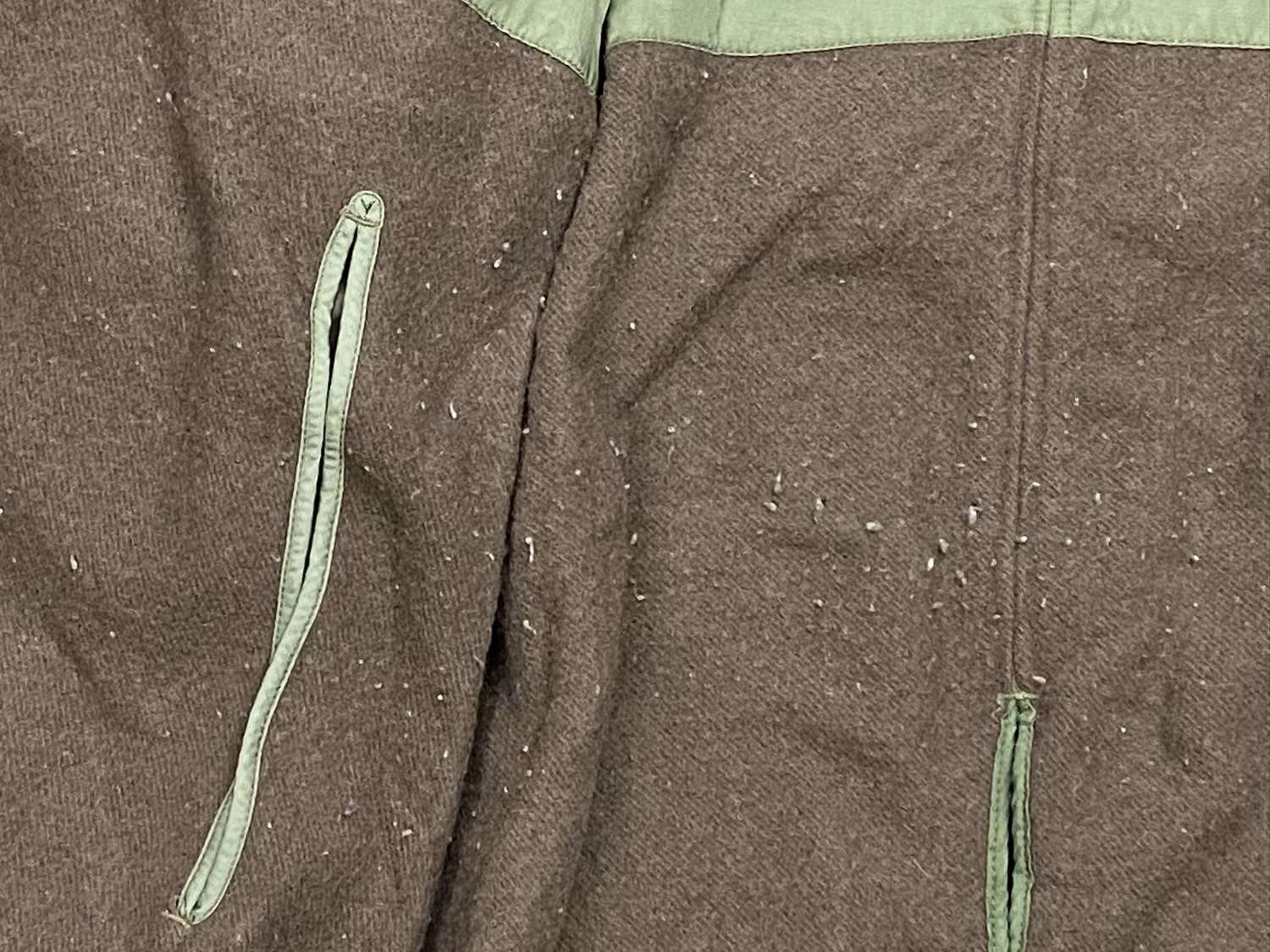 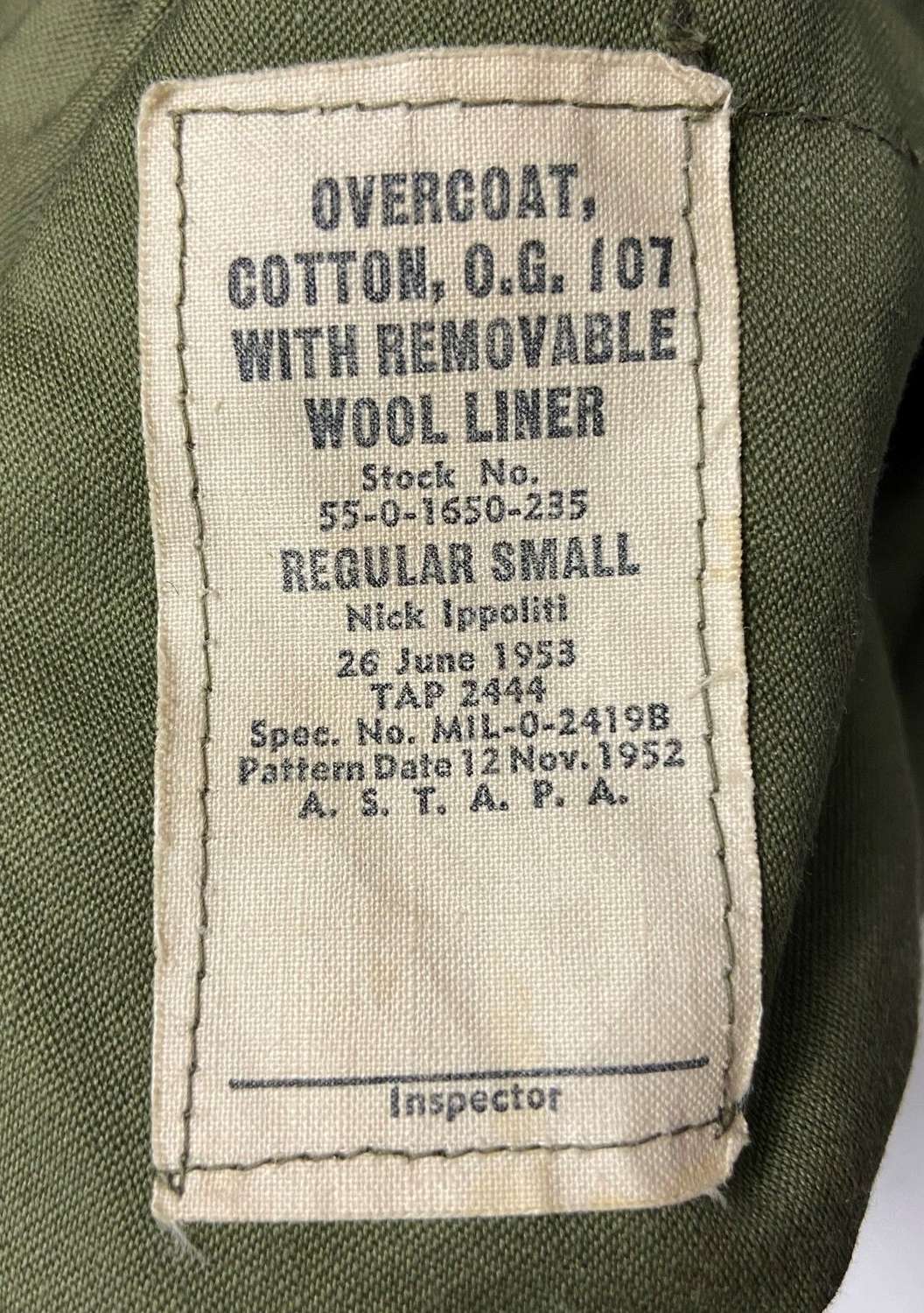 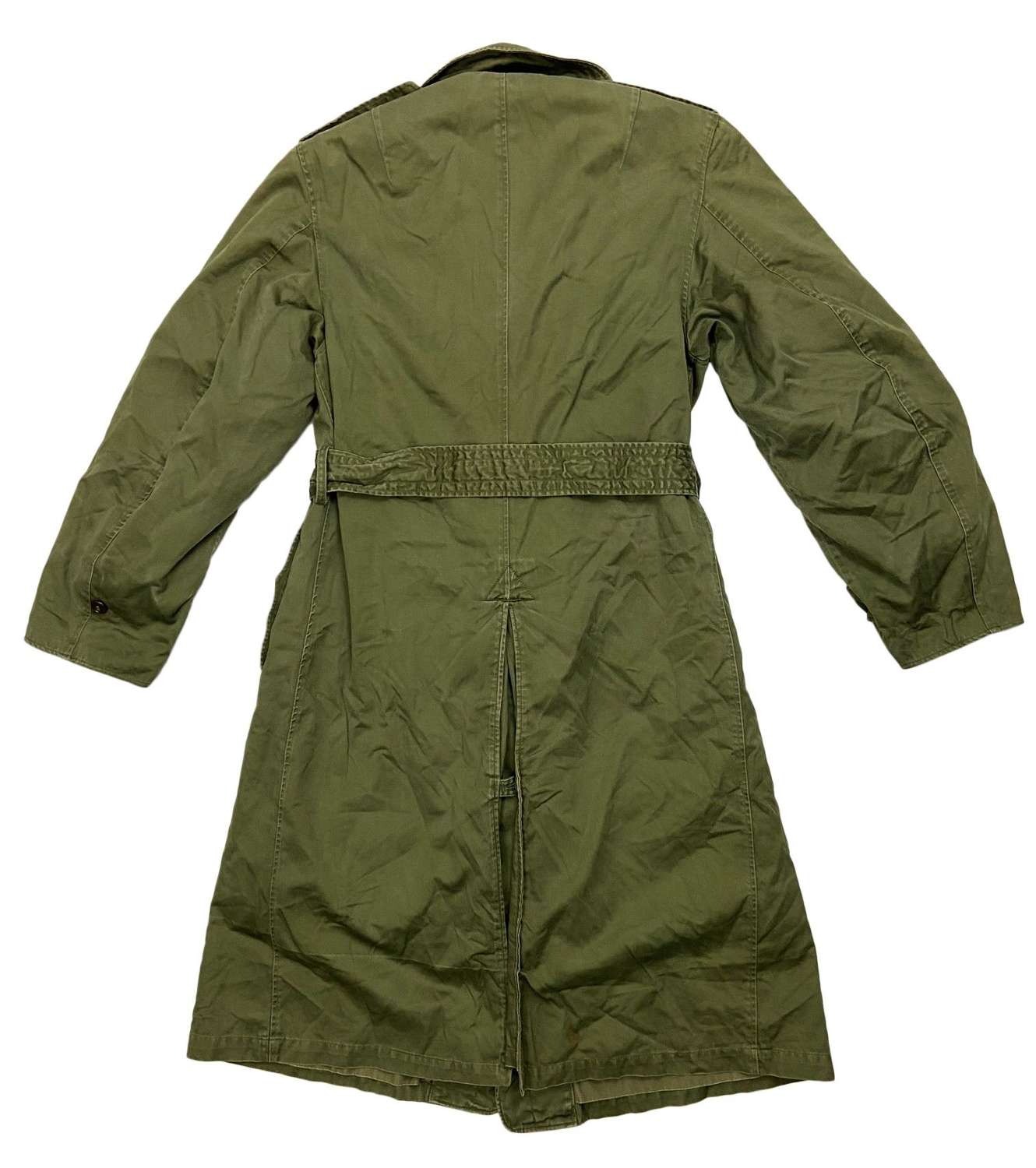