Inside the pocket of the raincoat the original label is still present and is bright and legible. The official title is 'Overcoat Cotton, O.G. 107 With Removable Liner and the size as 'Short Small'. The manufacturer's name of 'Wonder Fashions INC' is present as is the manufacture date of 26th of June 1953. 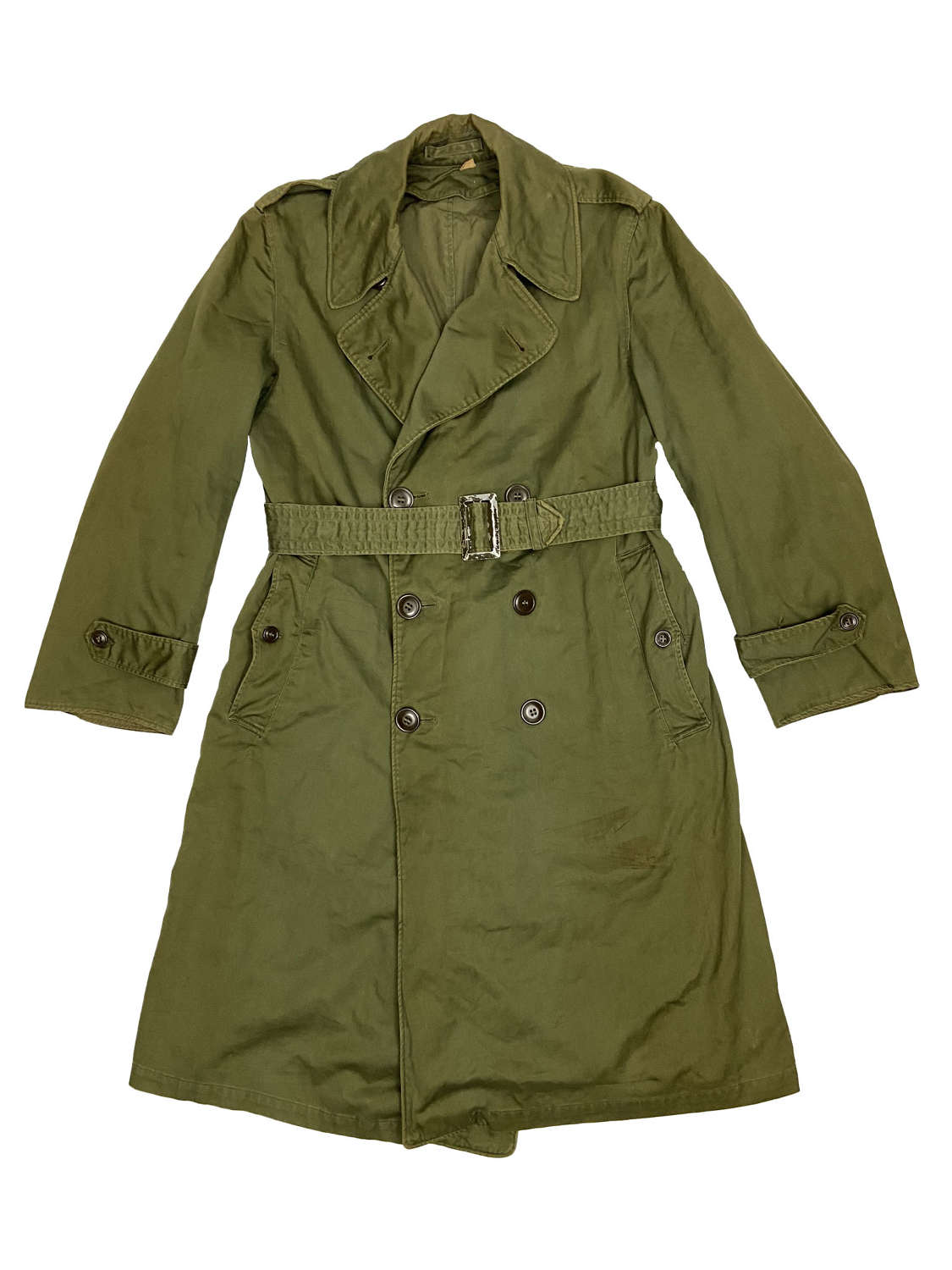 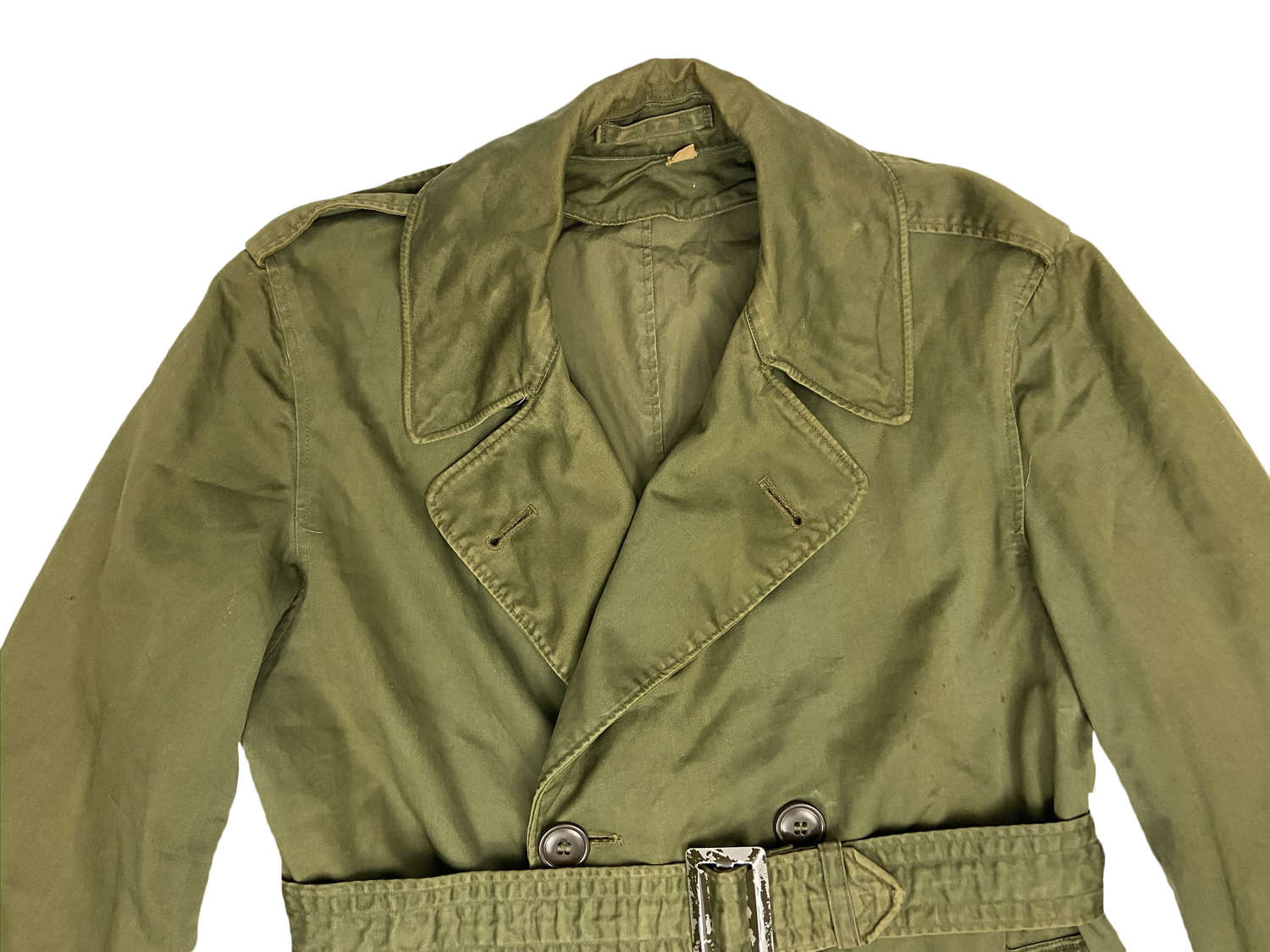 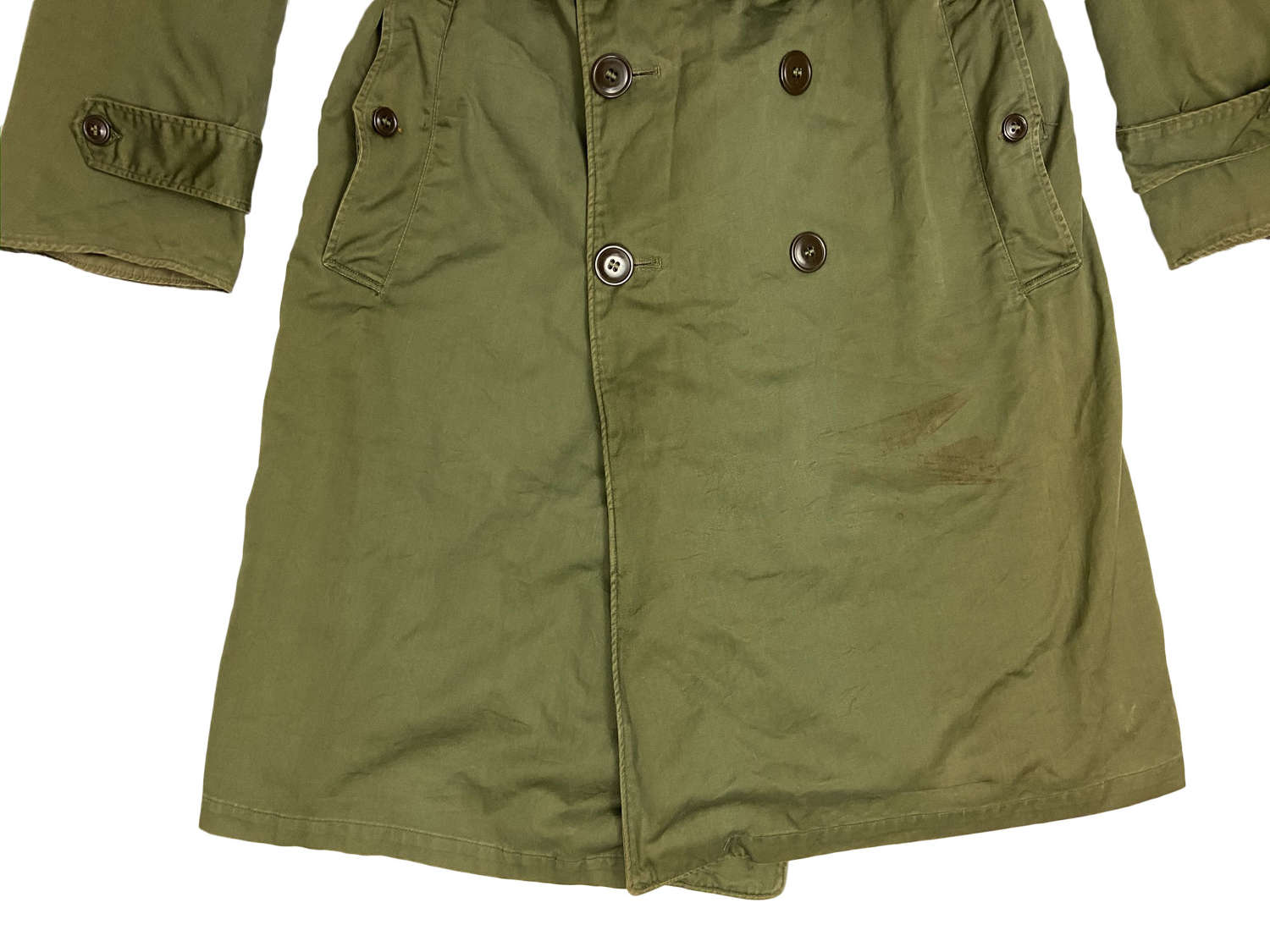 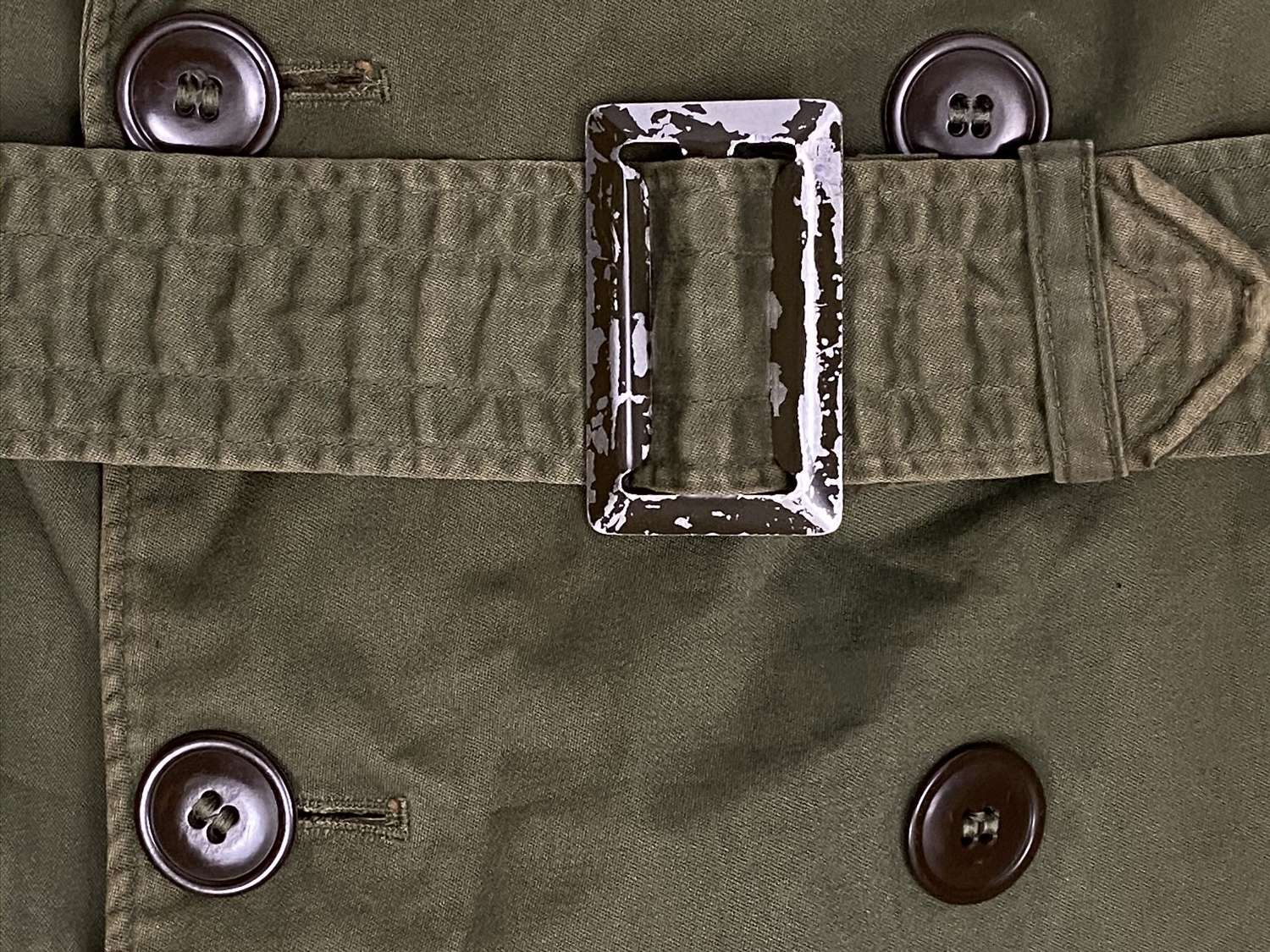 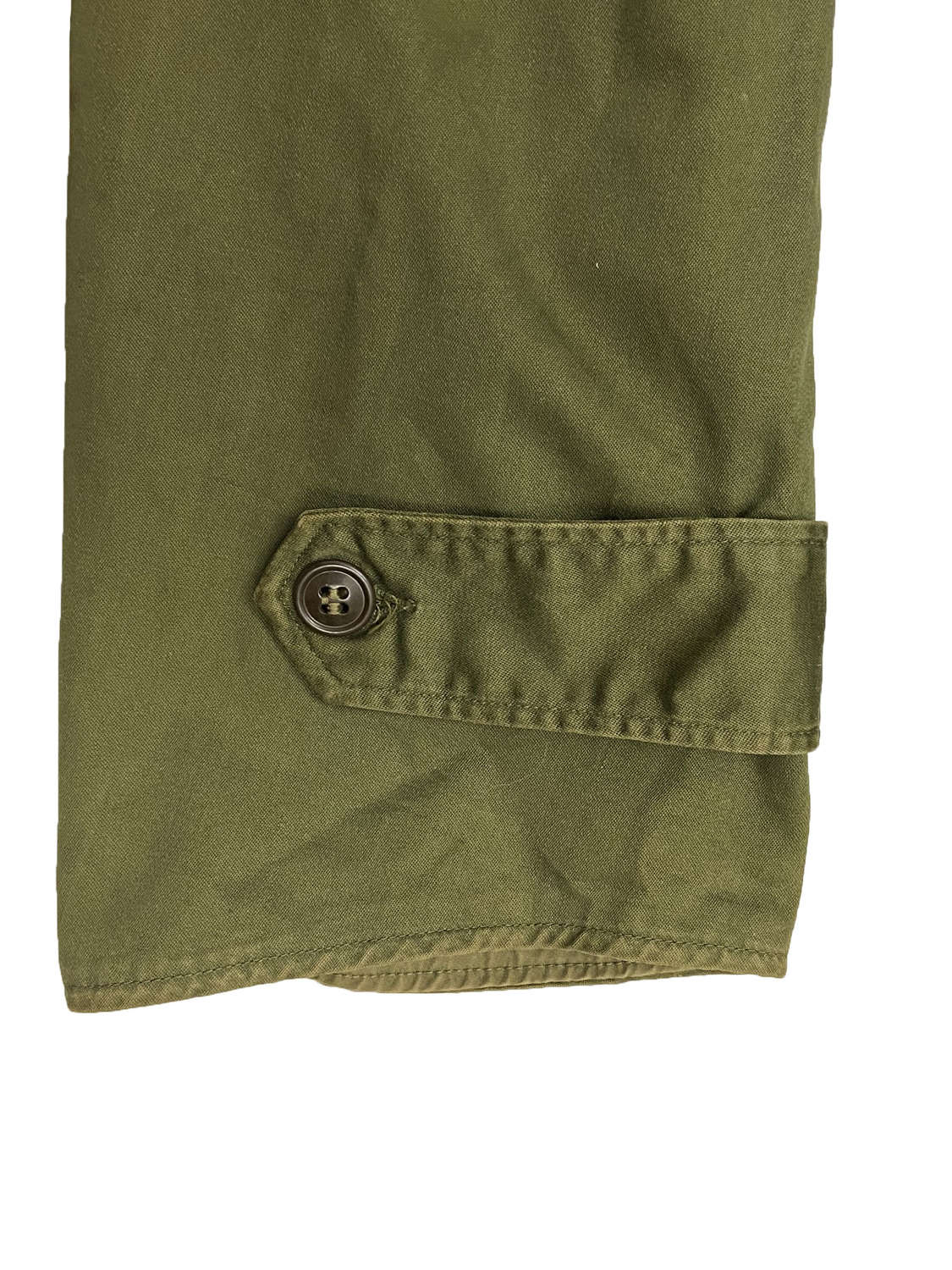 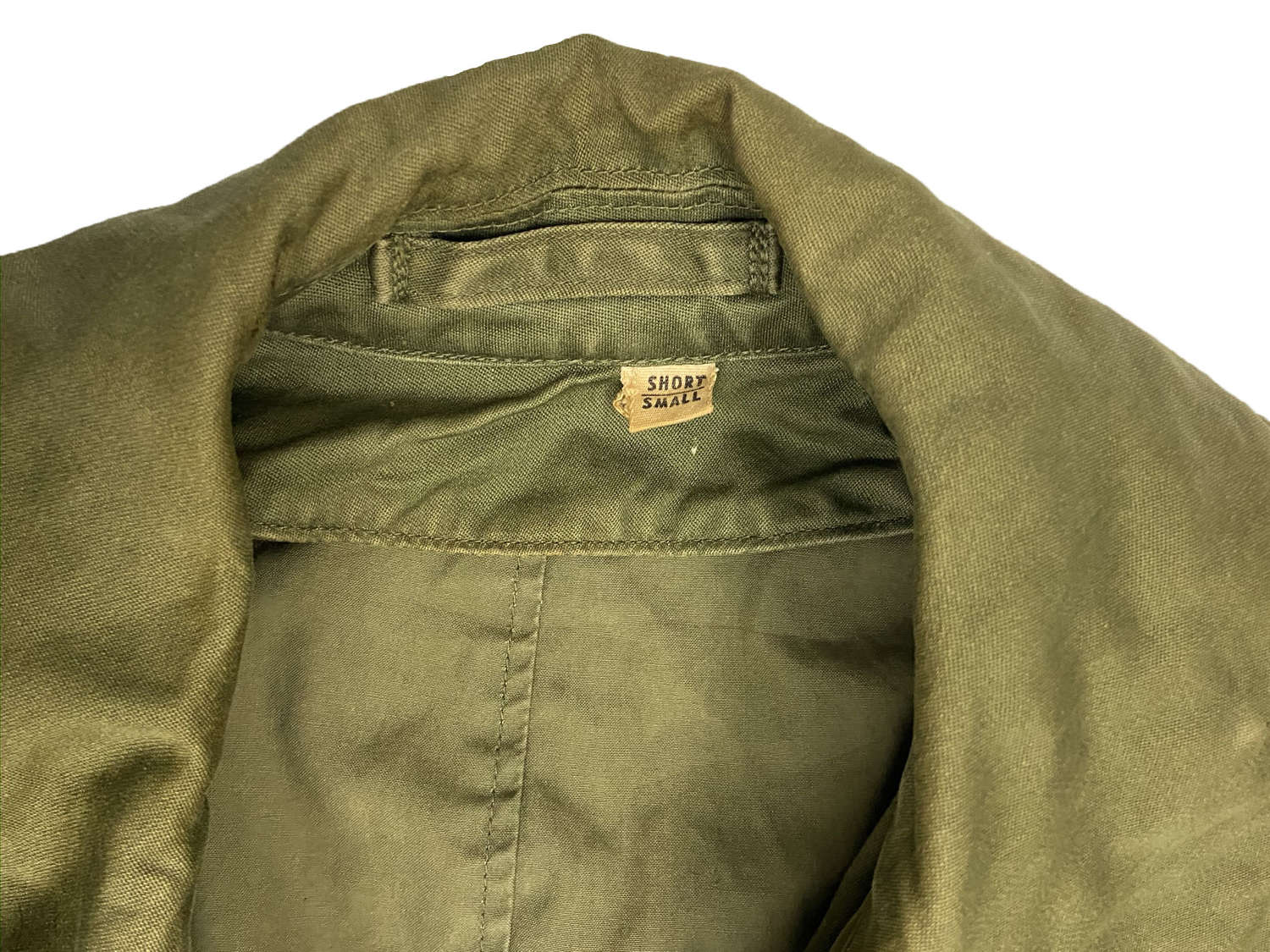 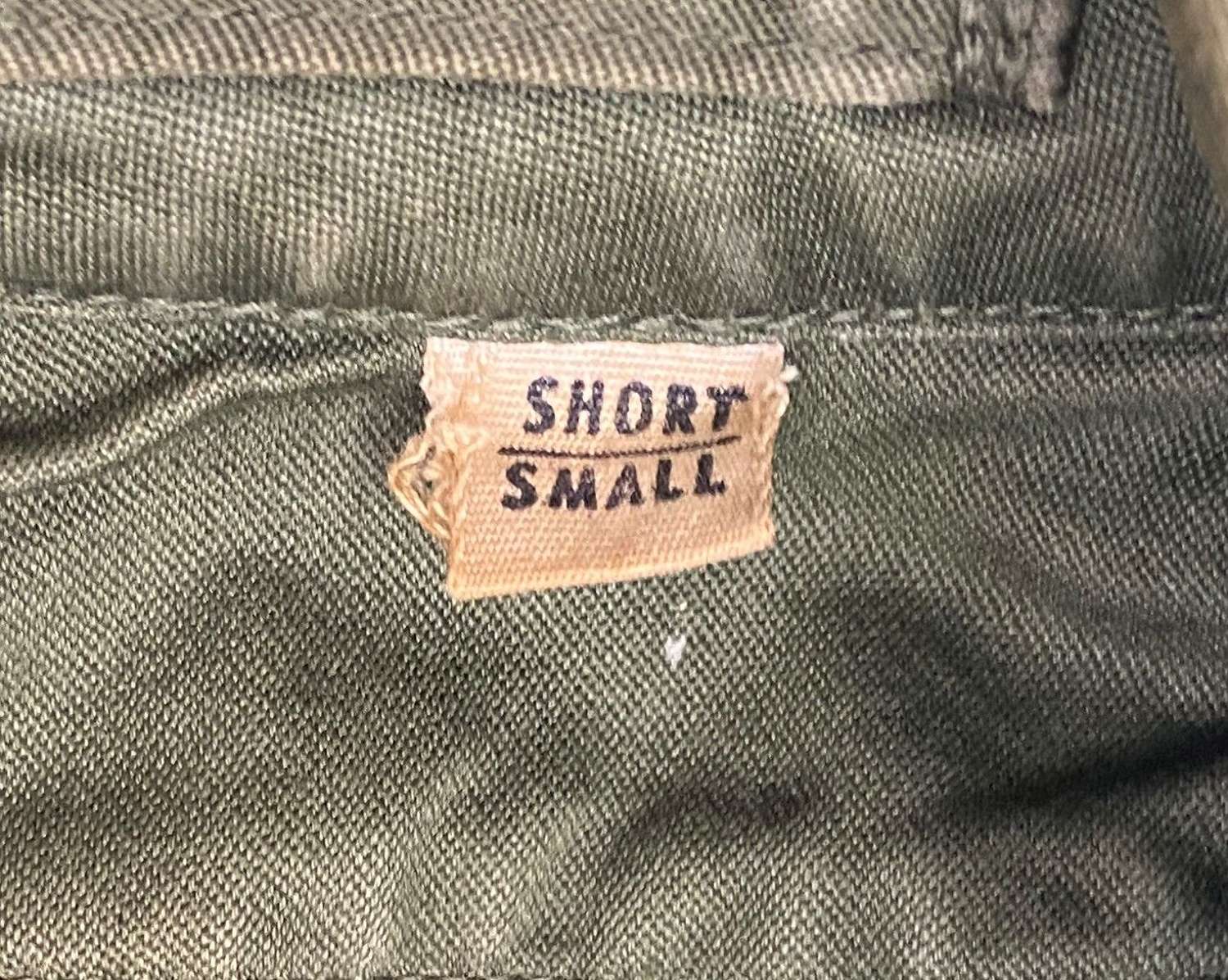 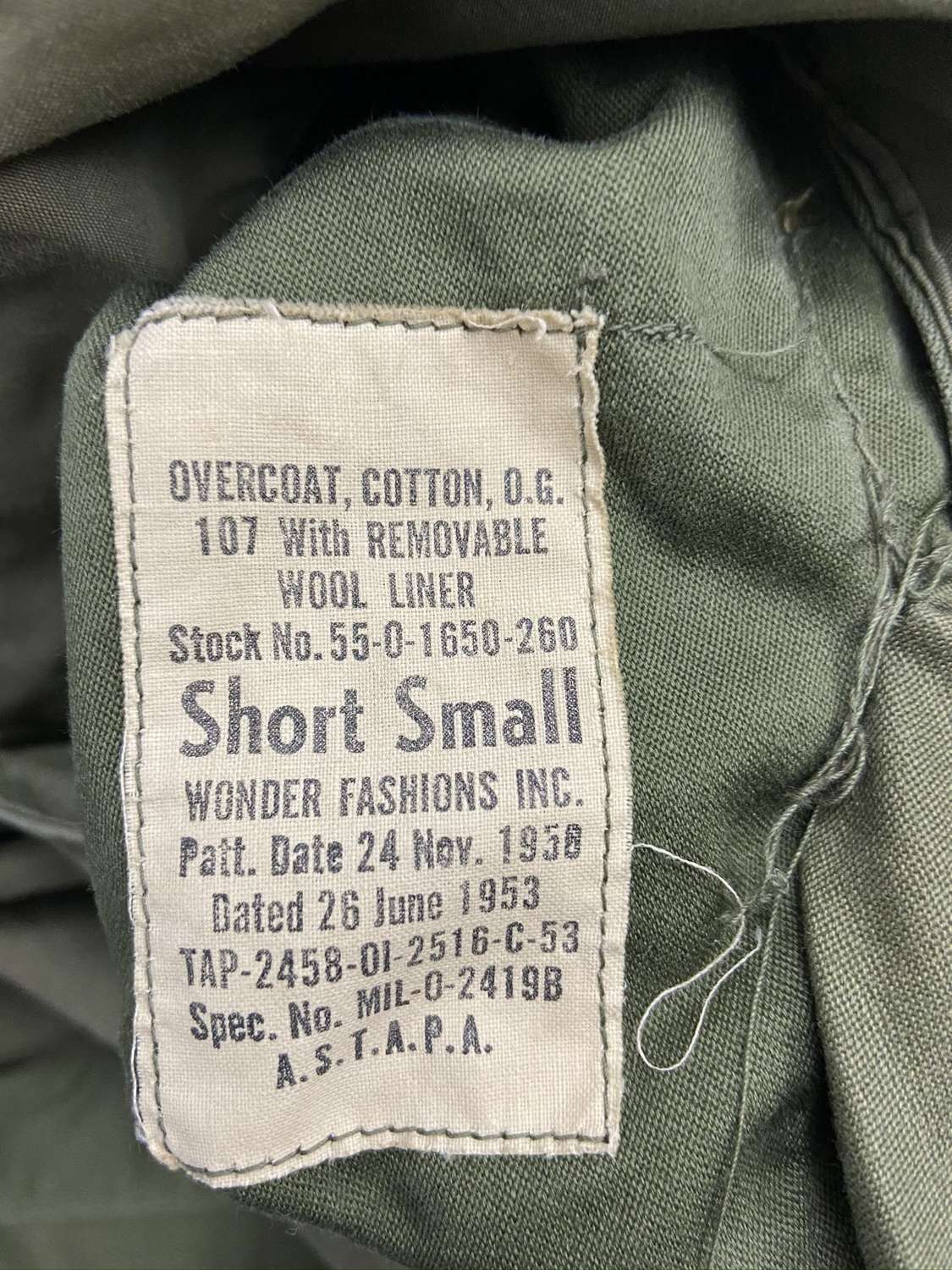 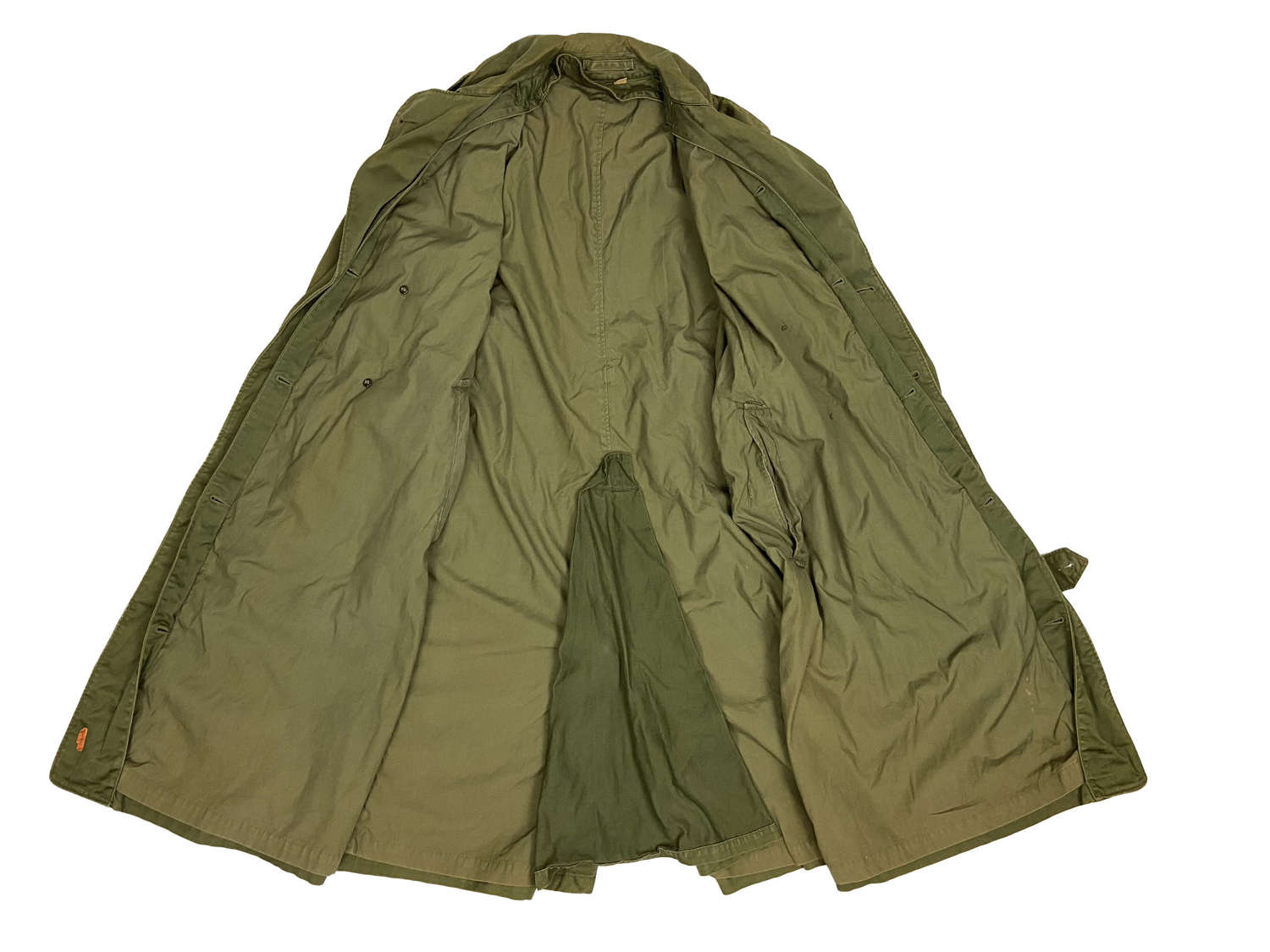 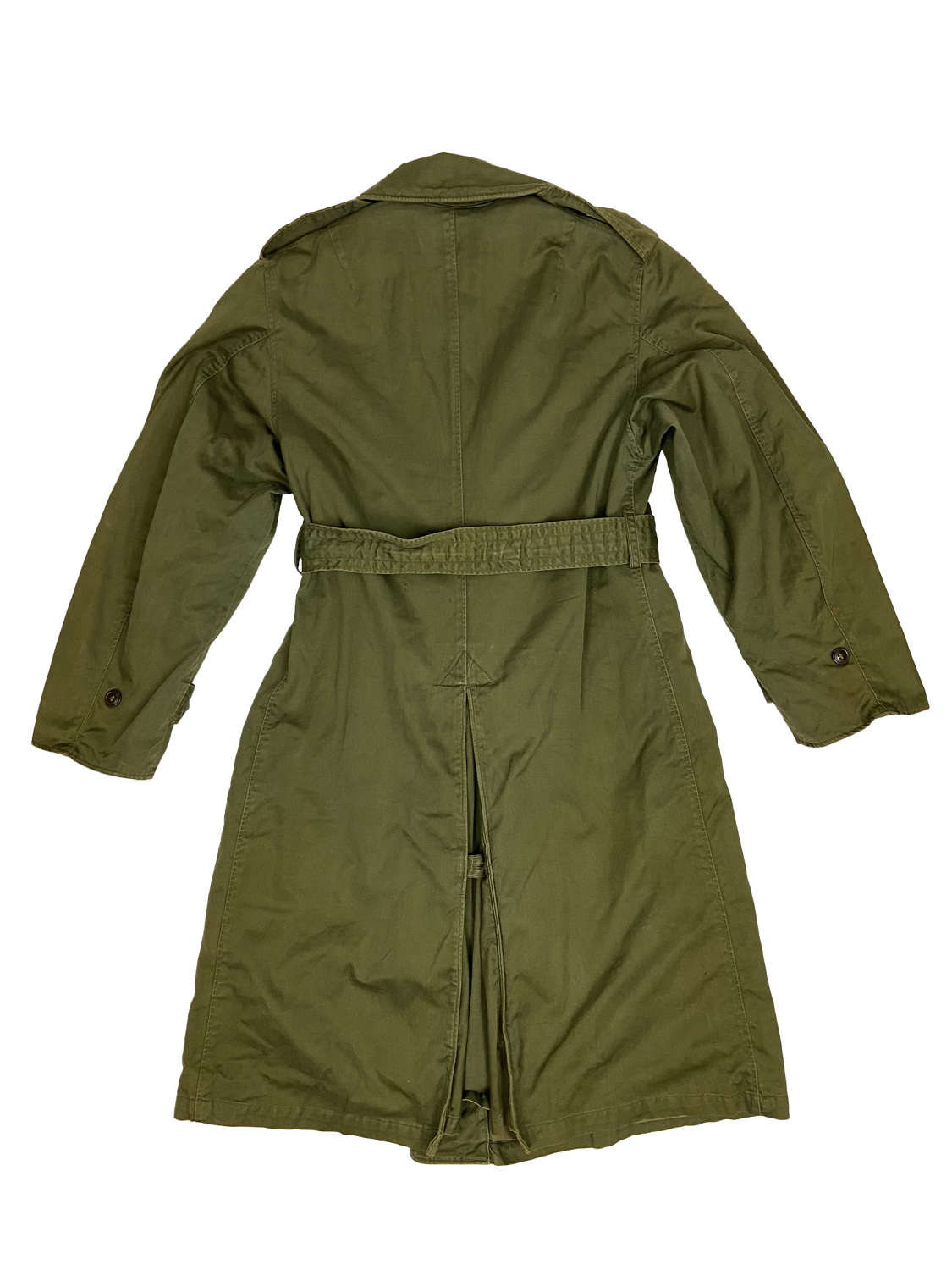