An original pair of 1940s Khaki Drill trousers as worn during the Second World War by members of the British Army, RAF and Royal Navy amongst others.

These trousers are typical of those made in the 1940s. They are made from a khaki coloured cotton twill and feature a high rise waist, belt fly and wide leg - all typical features to find on trousers of this era. They also feature waist adjusters, one to each hip which is another very period feature. The front features twin pleats and there are no rear pockets.

Based on the buttons and the stitching these trousers without a doubt theatre made, most likely in India. A huge amount of KD supply to the British forces during the Second World War was made in India as the supply routes were much shorter. Some parts of the interior of the trousers are made from a khaki coloured cellular cotton which is a feature sometimes encountered on theatre made items such as this.

The trousers are a large size and when laid flat measure -

The trousers are in good condition for their age with various stains and wear. There is a small hole to the front of the right knee as shown in the pictures. Overall they display well and look to be wearable but are a pair of vintage, pre-worn trousers and may have small issues commensurate with this.

A nice pair of original 1940s KD trousers in a hard to find large size! 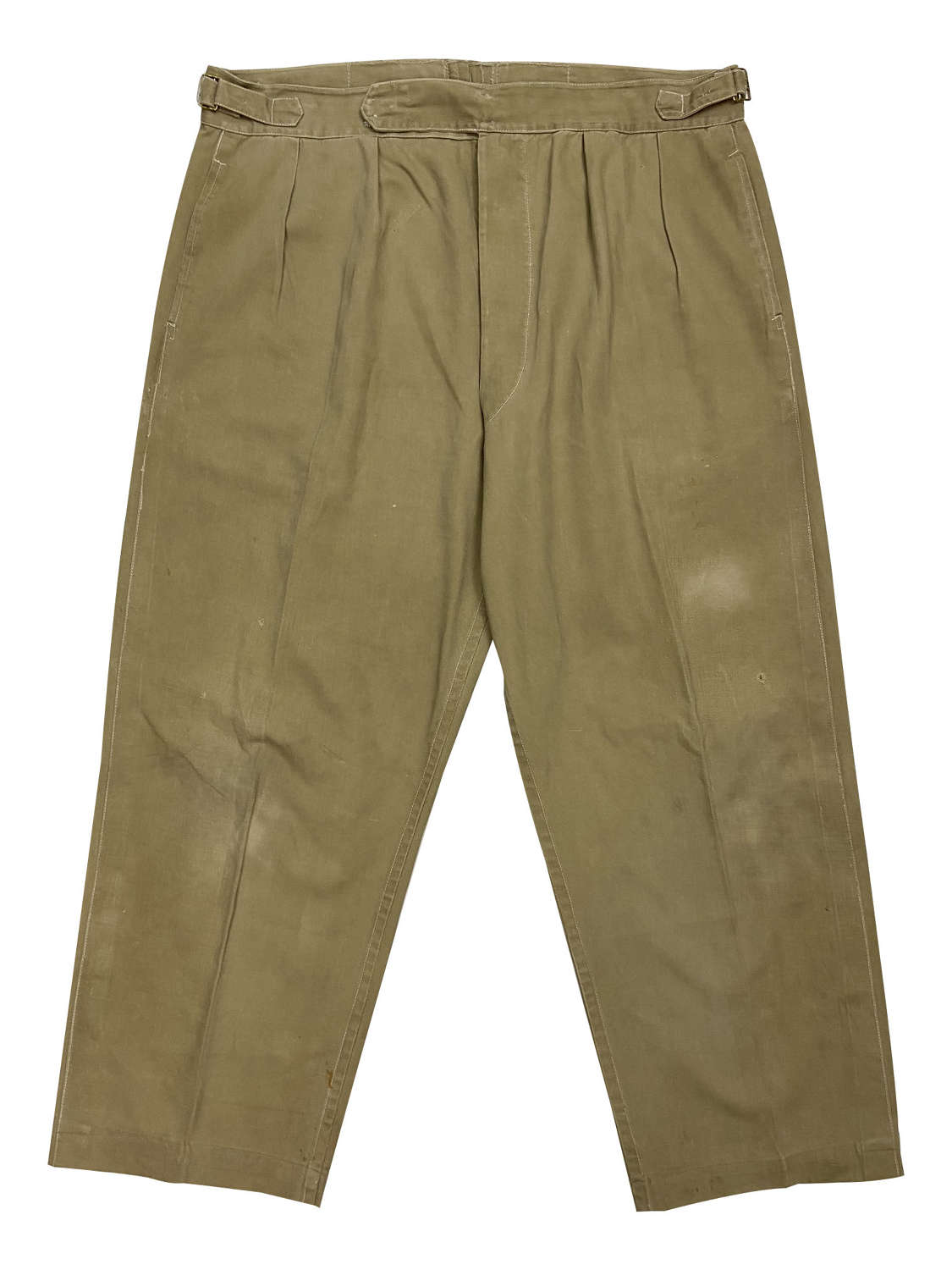 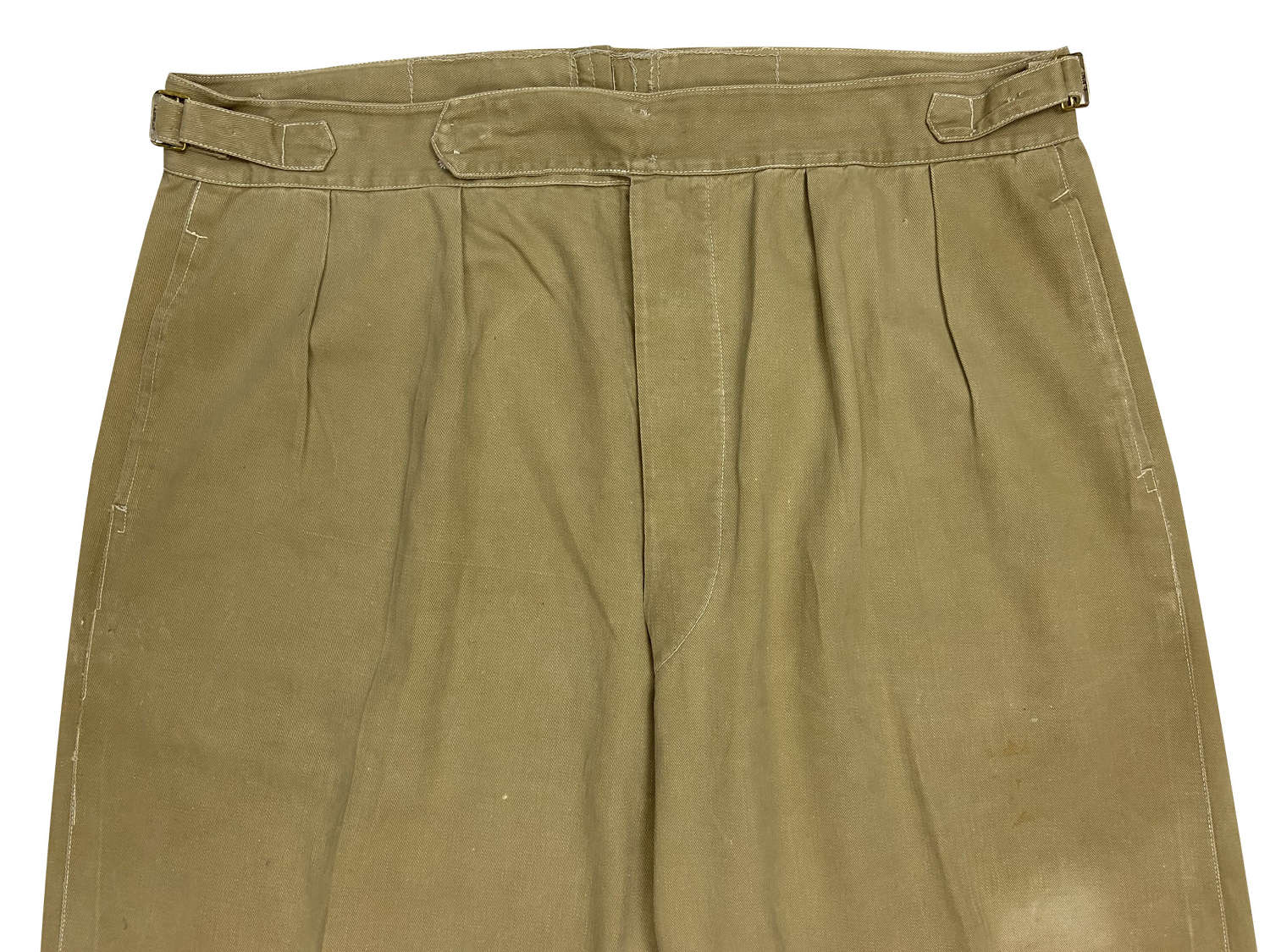 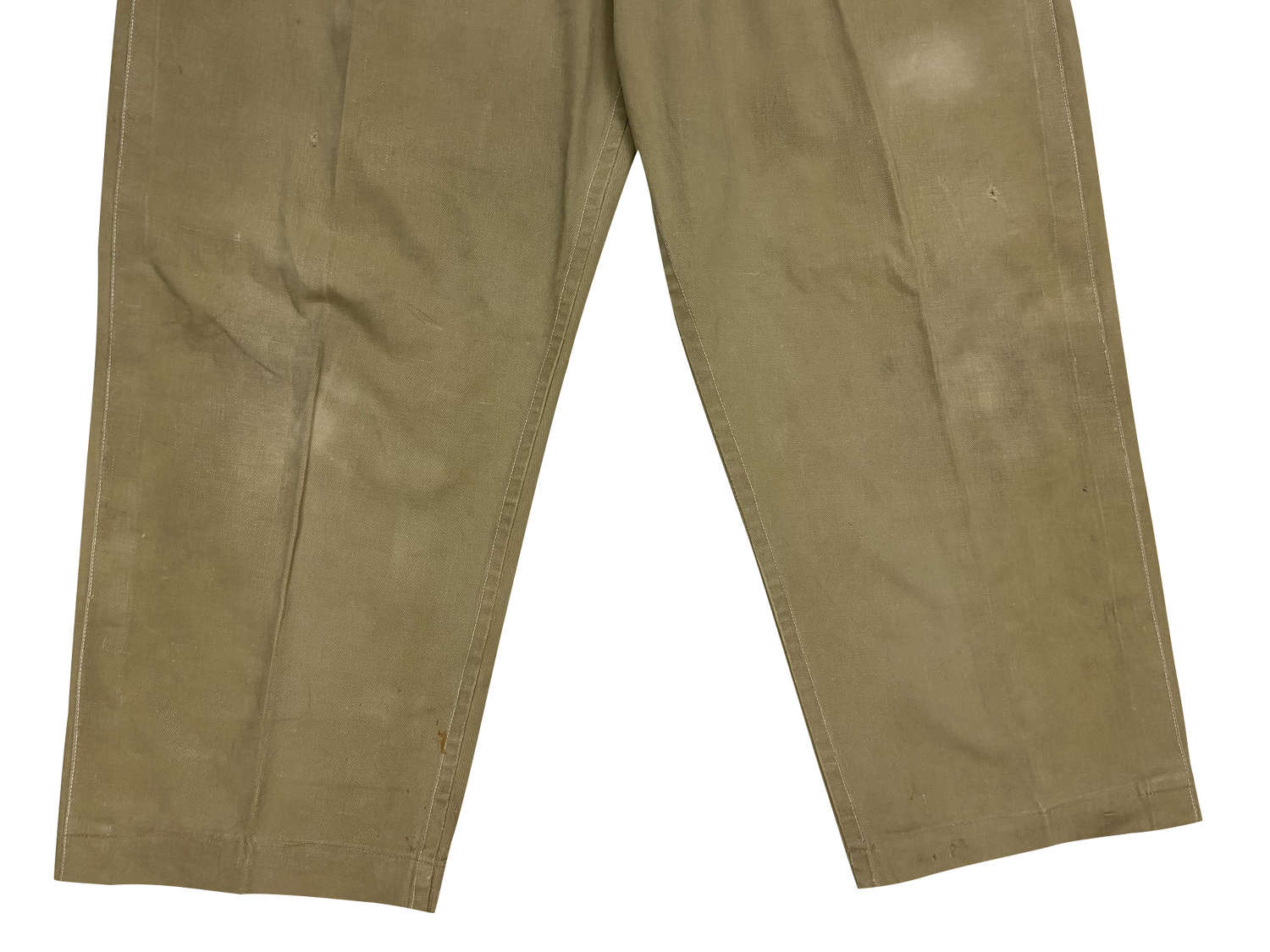 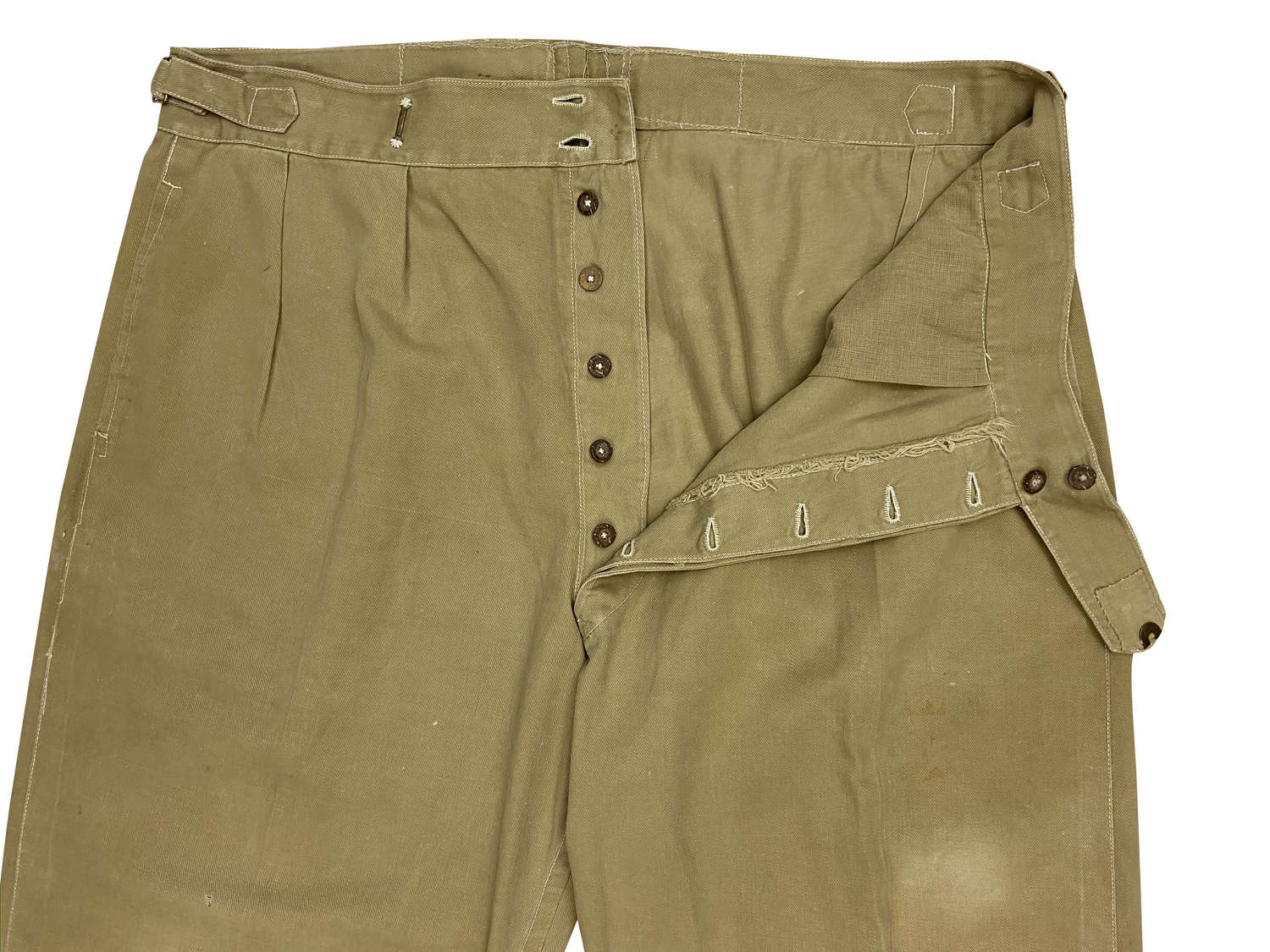 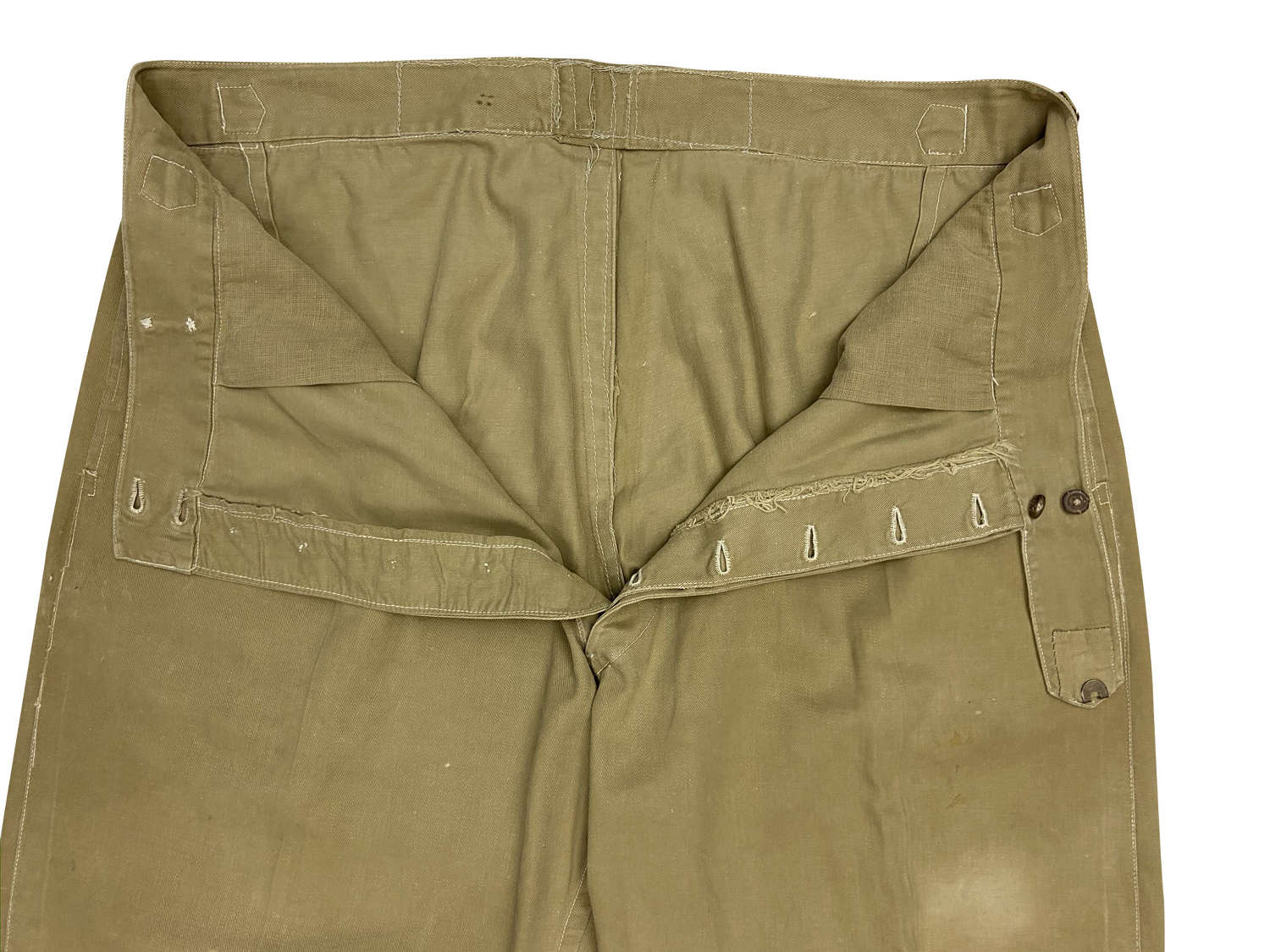 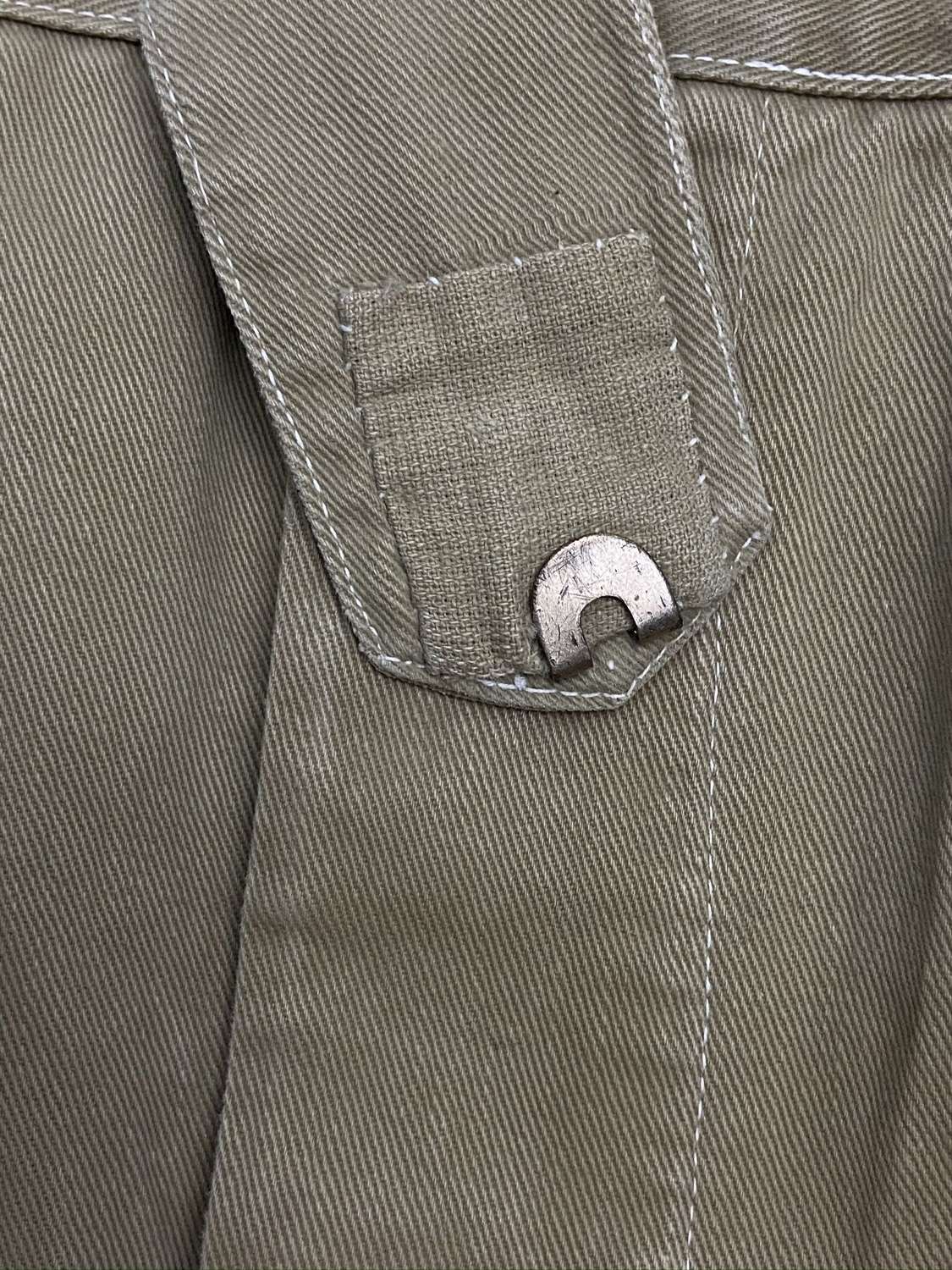 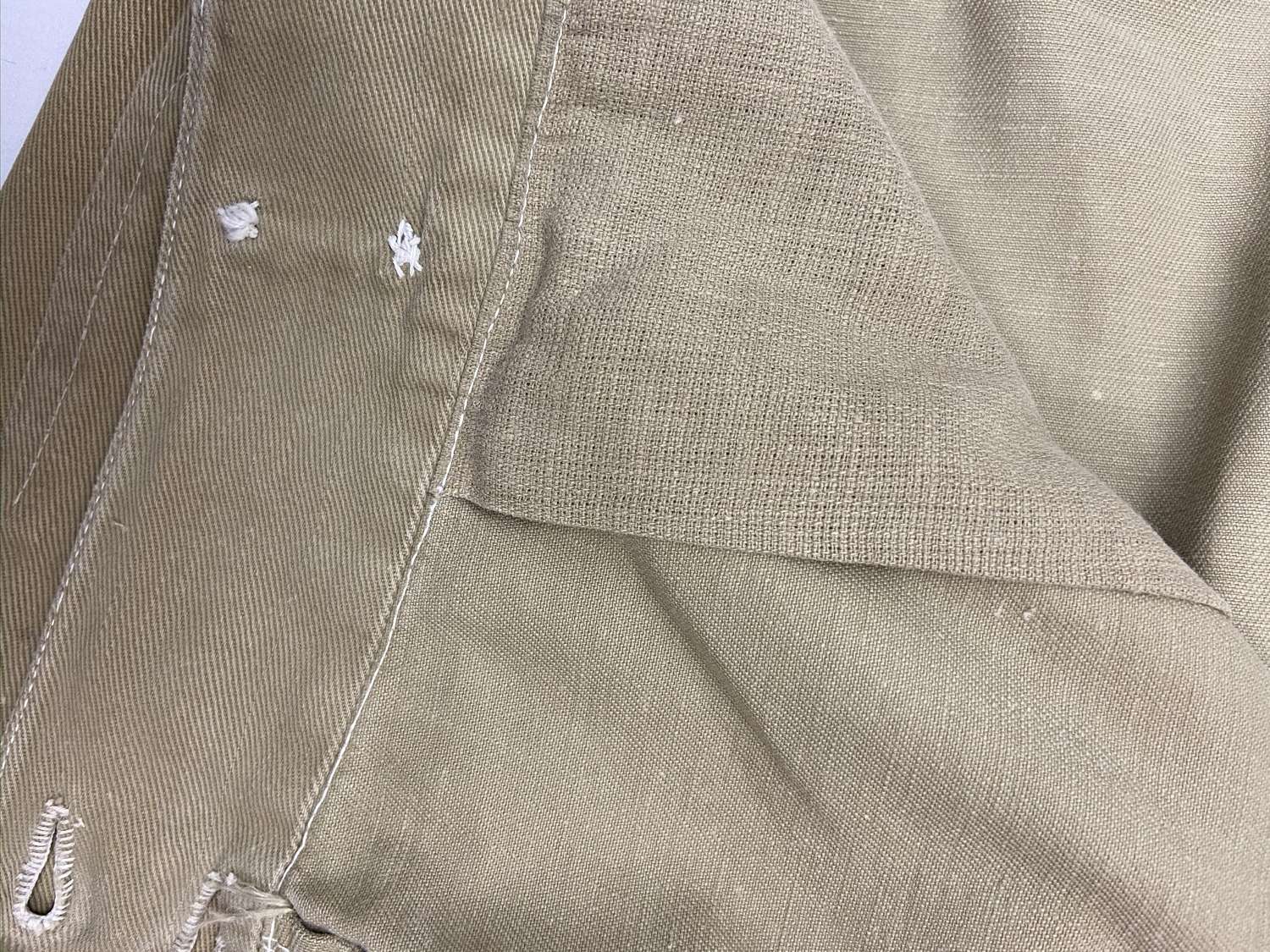 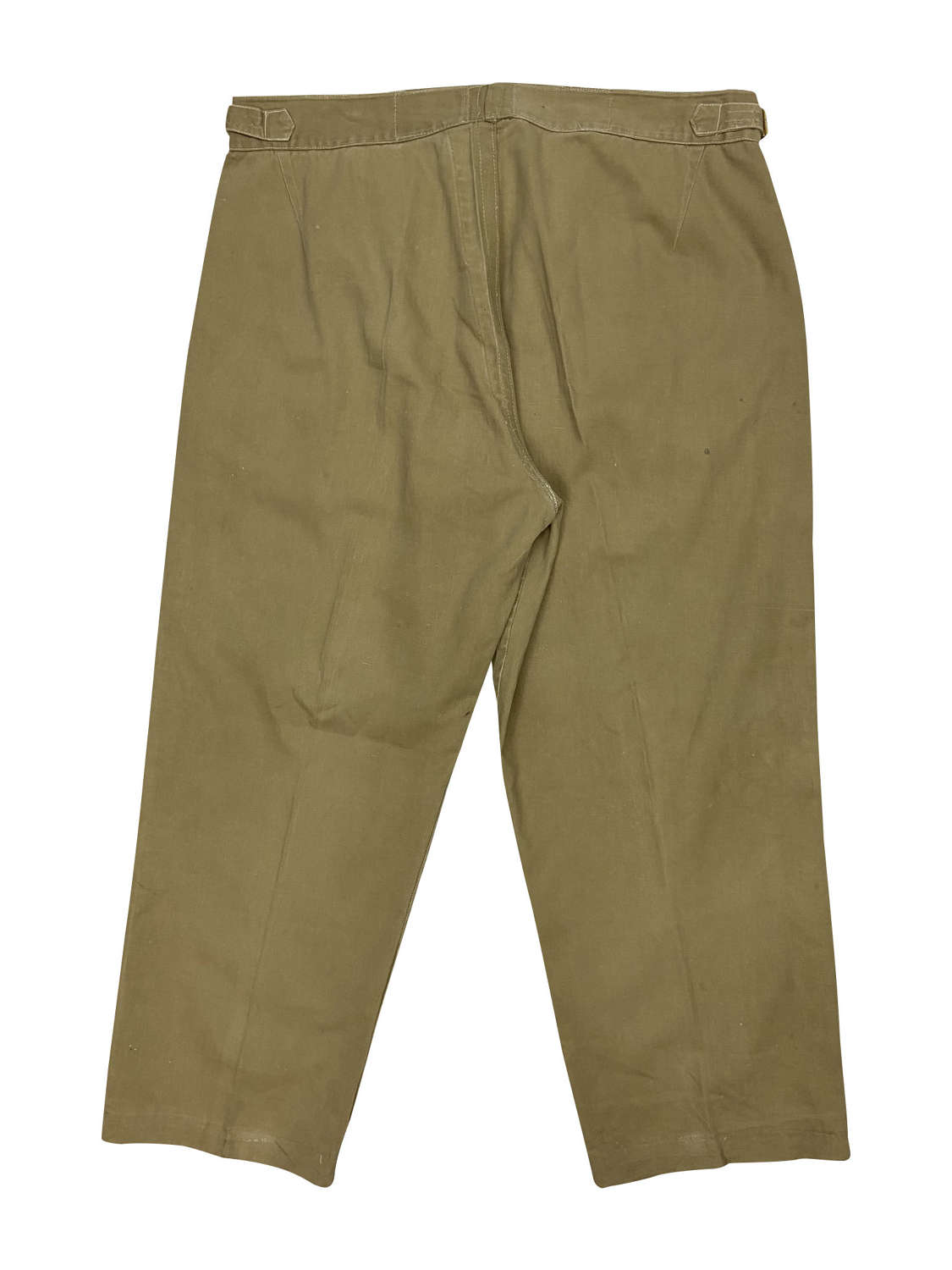 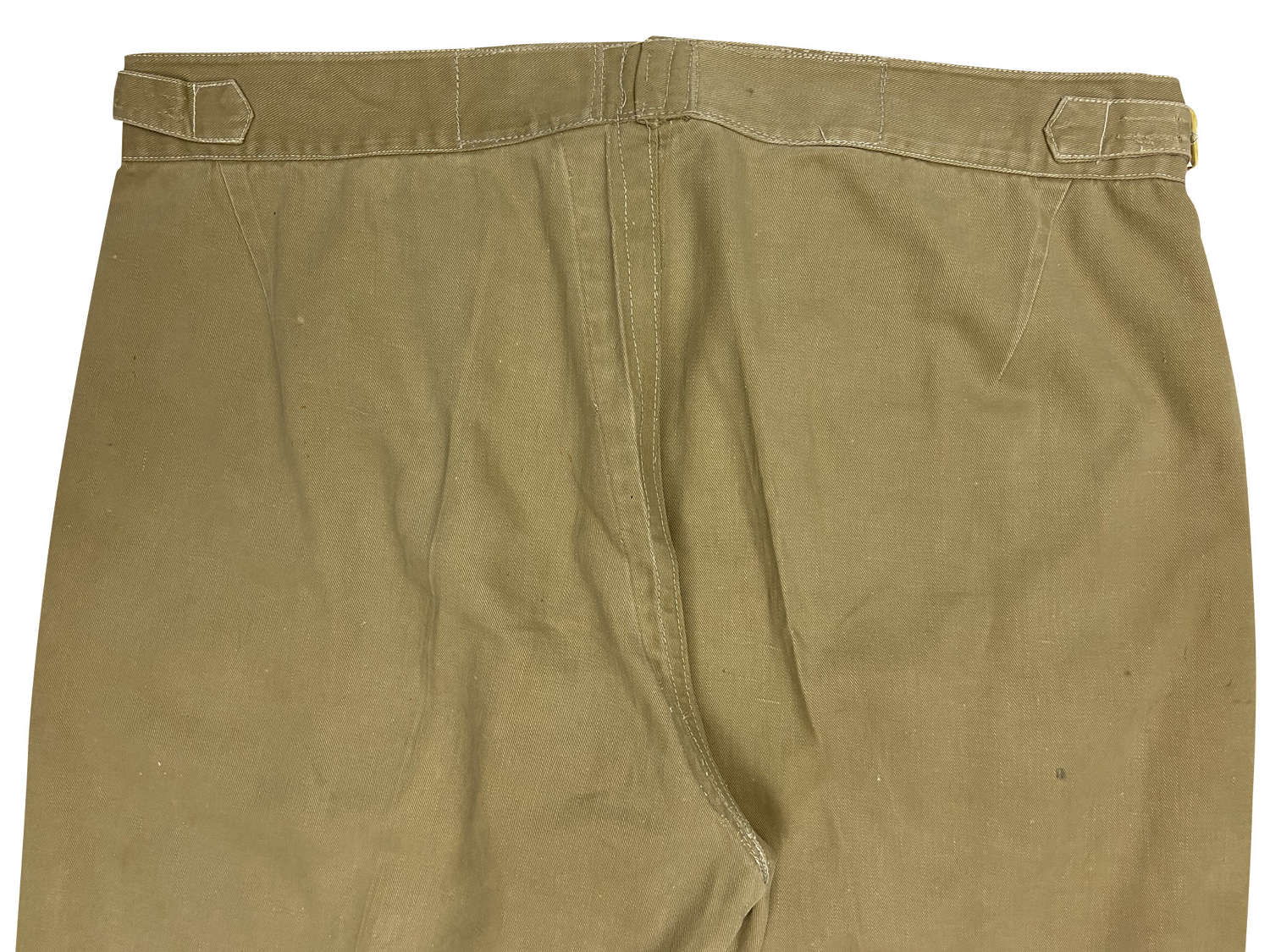 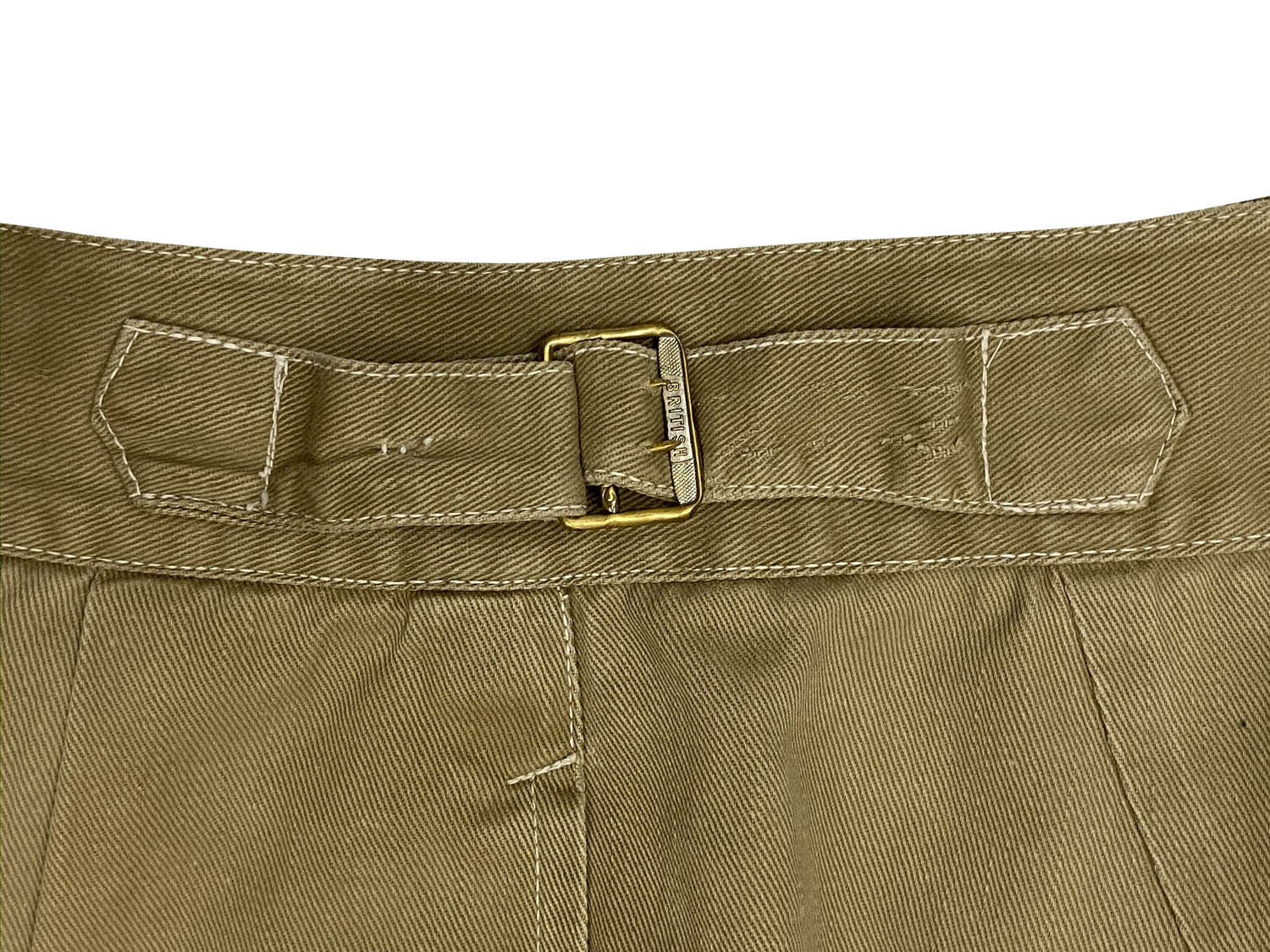 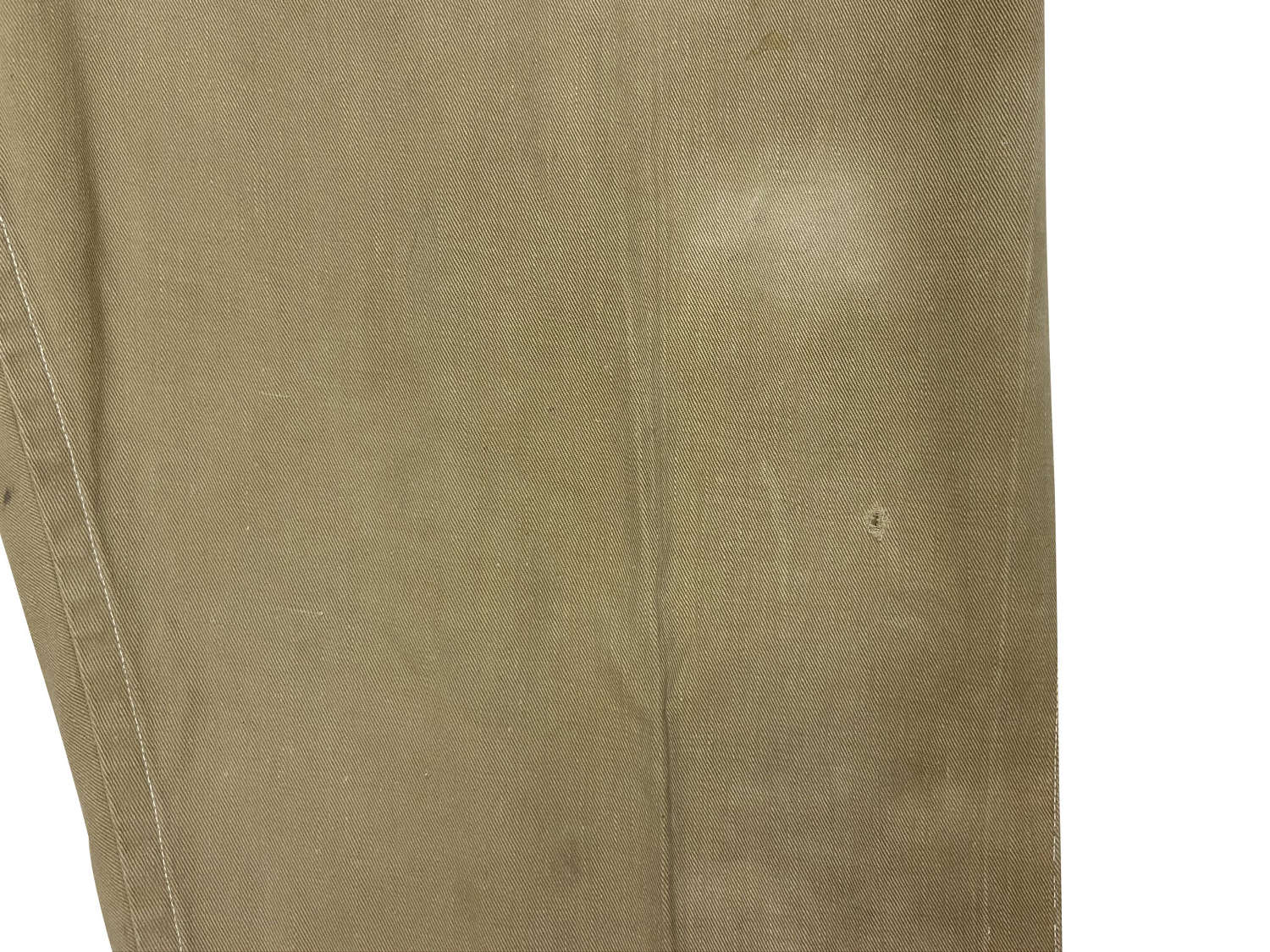