An original 1940 Pattern (Austerity) Battledress Blouse which was worn by Captain Walter Scott Karran of the Intelligence Corps during the Second World War.

The jacket itself is a standard issue 1940 (austerity) pattern blouse made by 'Cohen & Co' in 1944. It features chocolate brown buttons and a chromium plated waist buckle as is common with this pattern. The epaulettes bear three green pips denoting a captain of the Intelligence corps whilst each sleeve has a single Intelligence Corps arm of service stripe. The lack of any other insignia is not uncommon to find on battledress of this period, especially from this corps who were security conscious.

Also of note is the lack of any medal ribbons which would suggest that this was worn during the war but not at the end of hostilities or later.

Inside the jacket the original label is still present and is bright and legible. It states the size as No. 12 which is a lesser encountered size. Adjacent to this is the War Department acceptance stamp which is surmounted by the letter 'M' which denotes 1944 as the year of issue.

The jacket is in fantastic condition as can be seen in the pictures. The 'nap' of the serge is still fluffy and the cotton drill interior is bright and clean. There is a small amount of stitching which has come away on the AOS stripes but overall it displays extremely well.

A very nice original battledress with guaranteed WW2 provenance and plenty of scope for extra research! 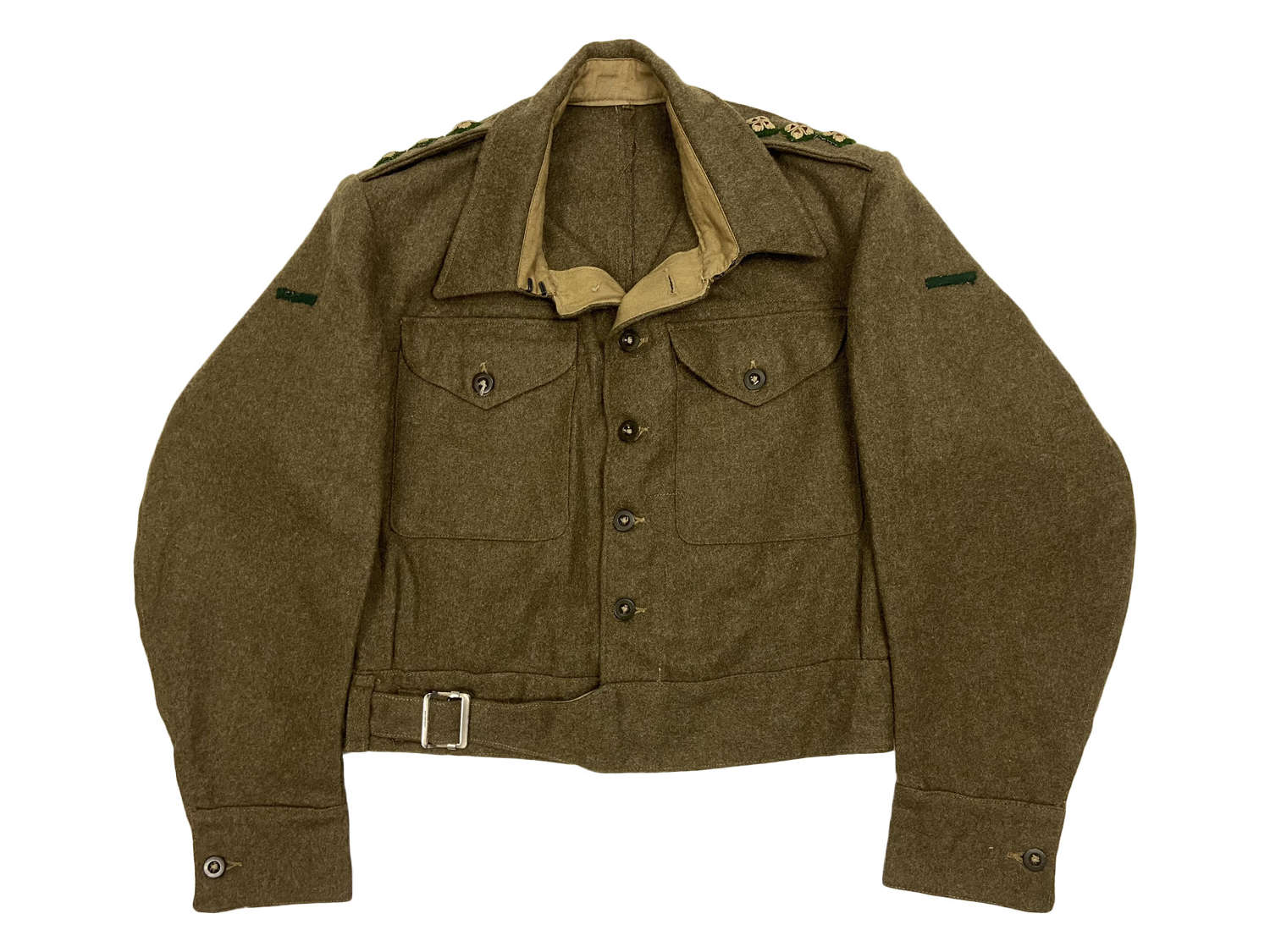 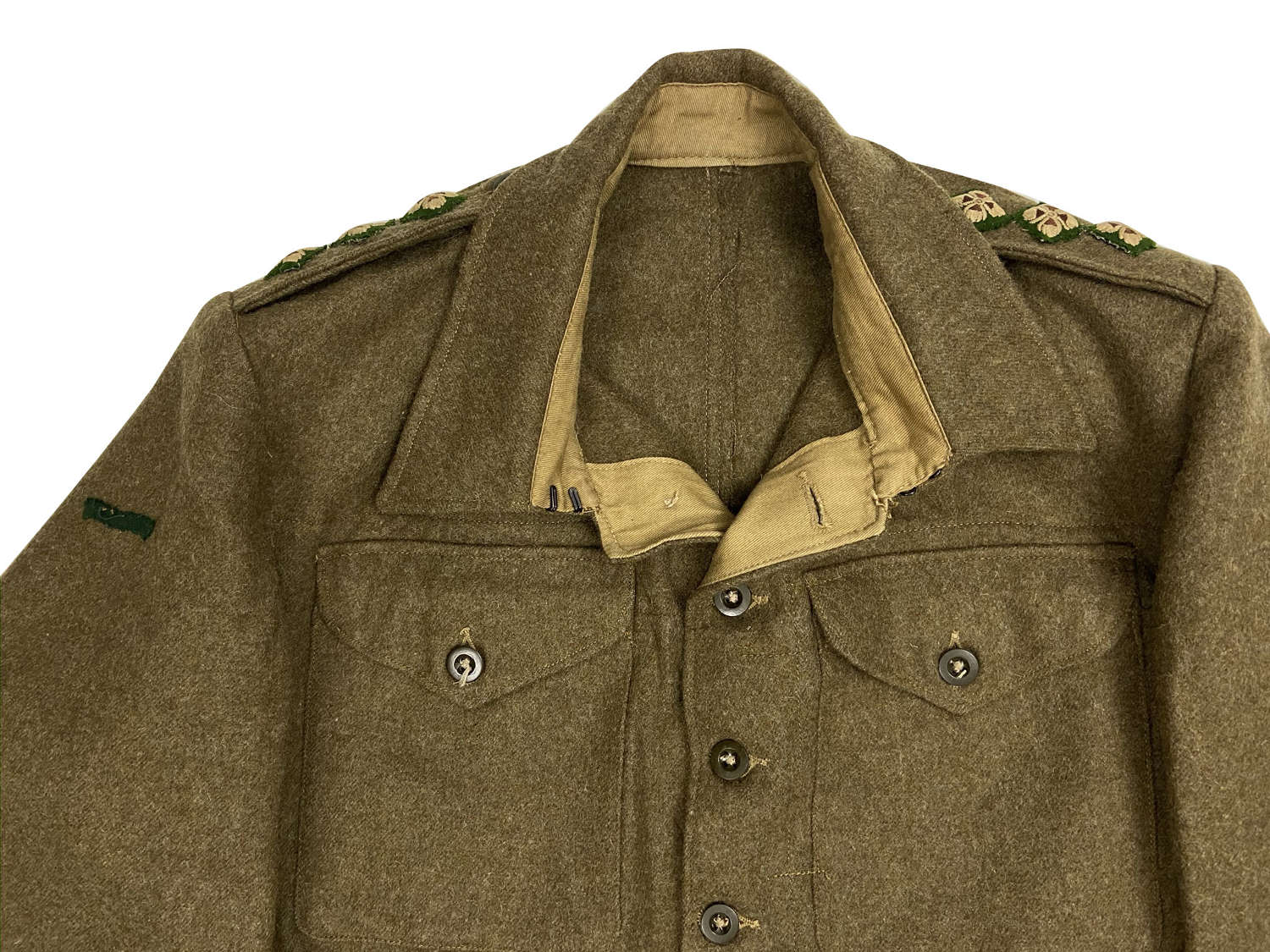 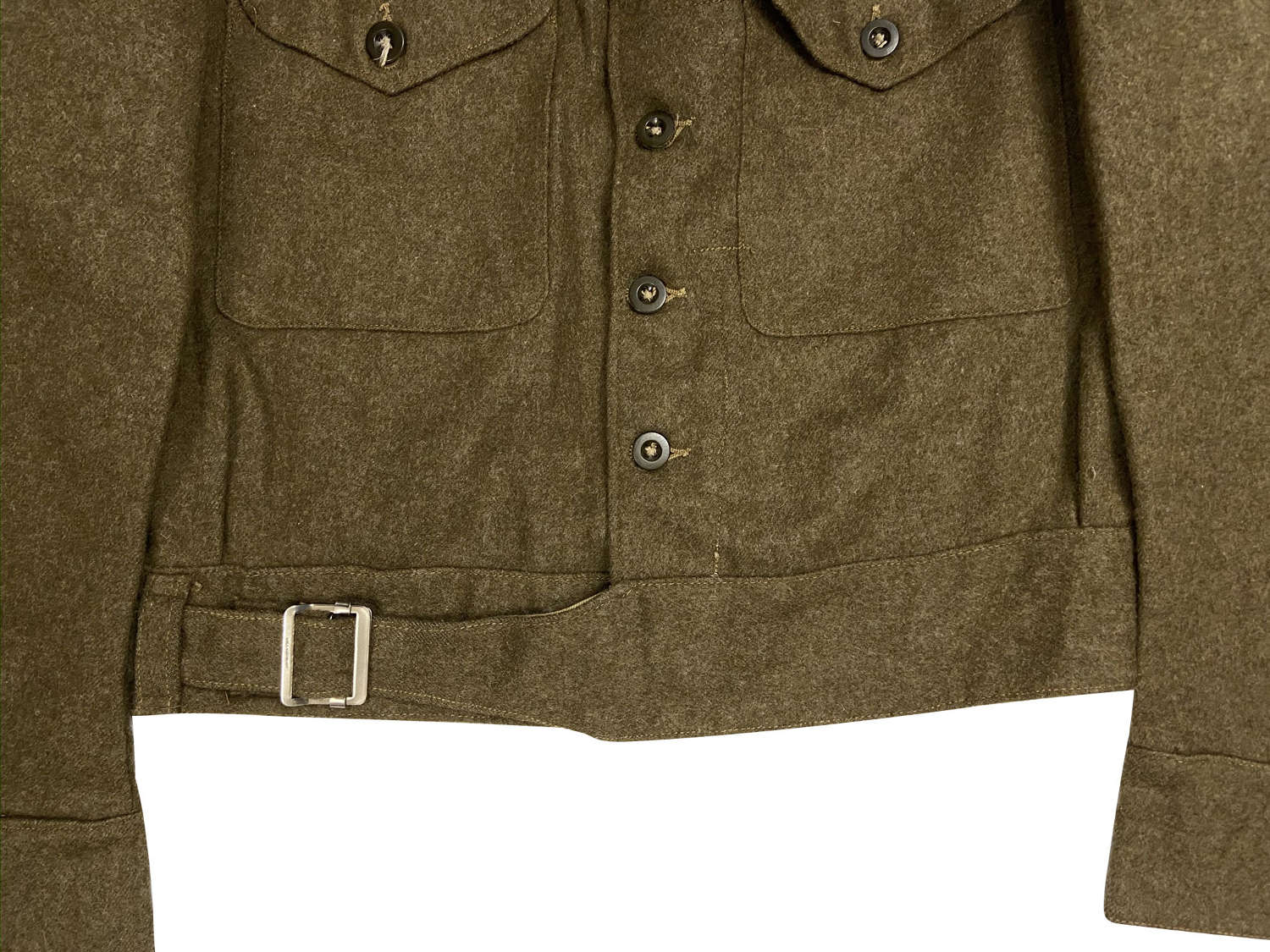 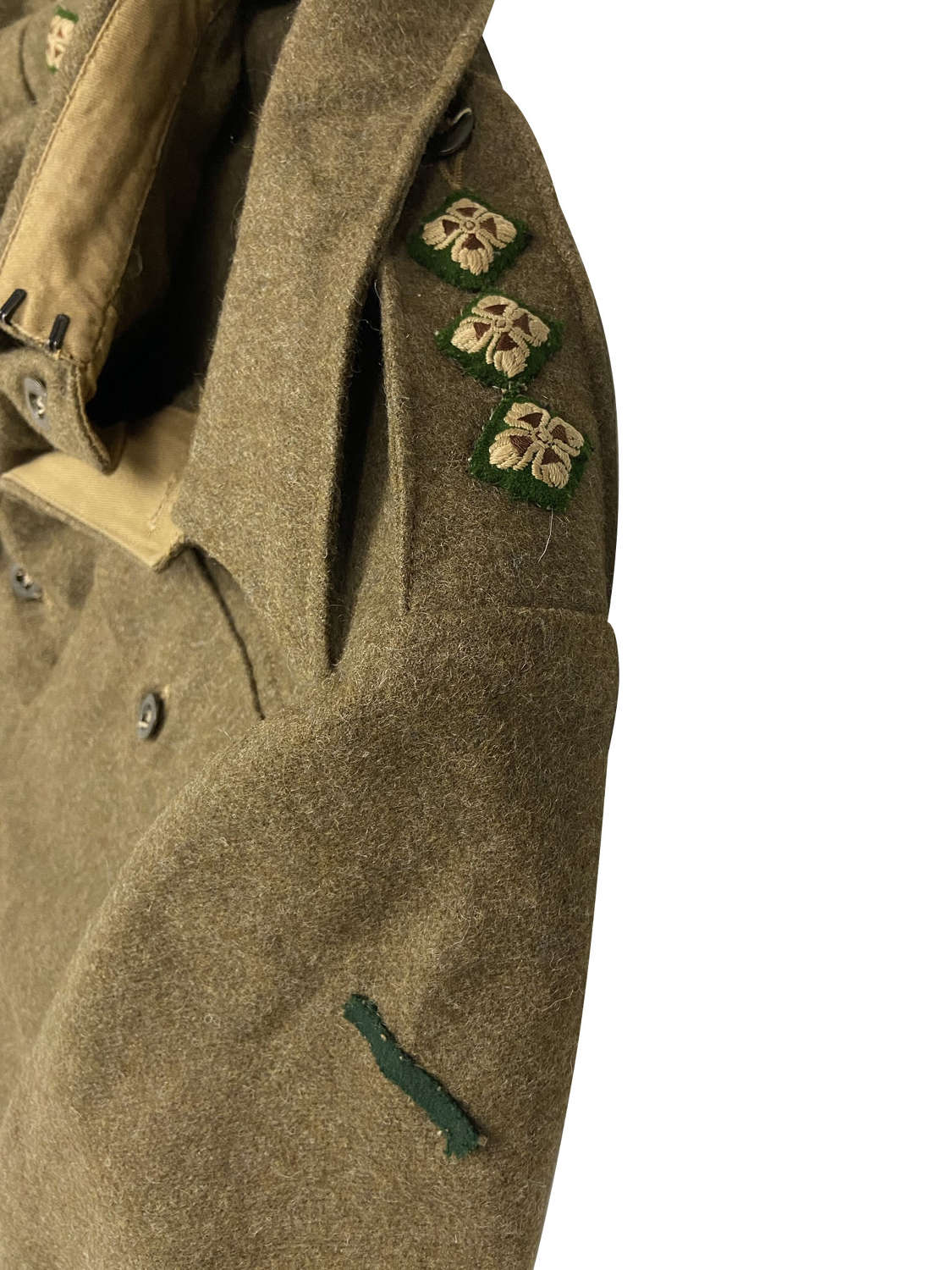 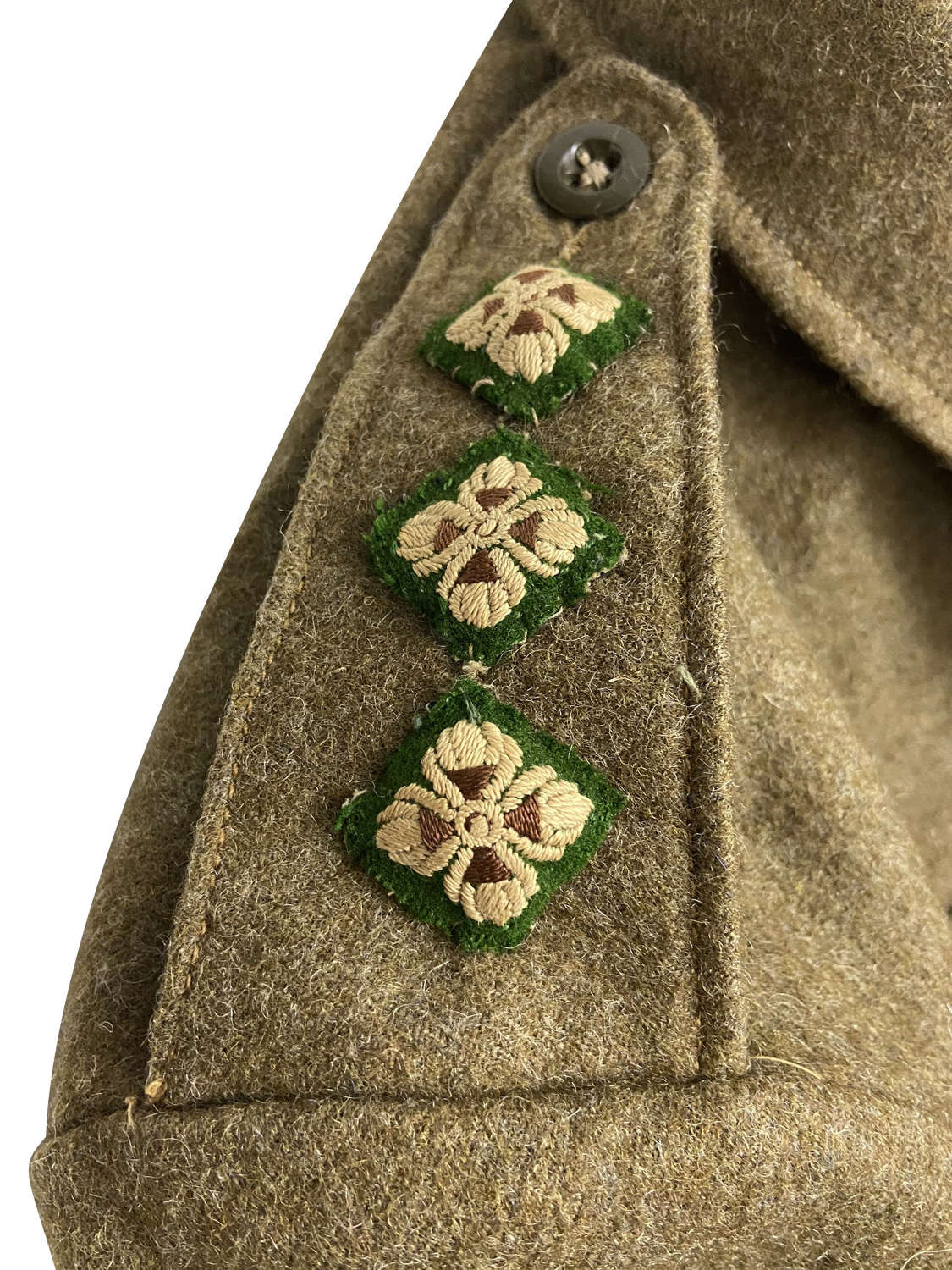 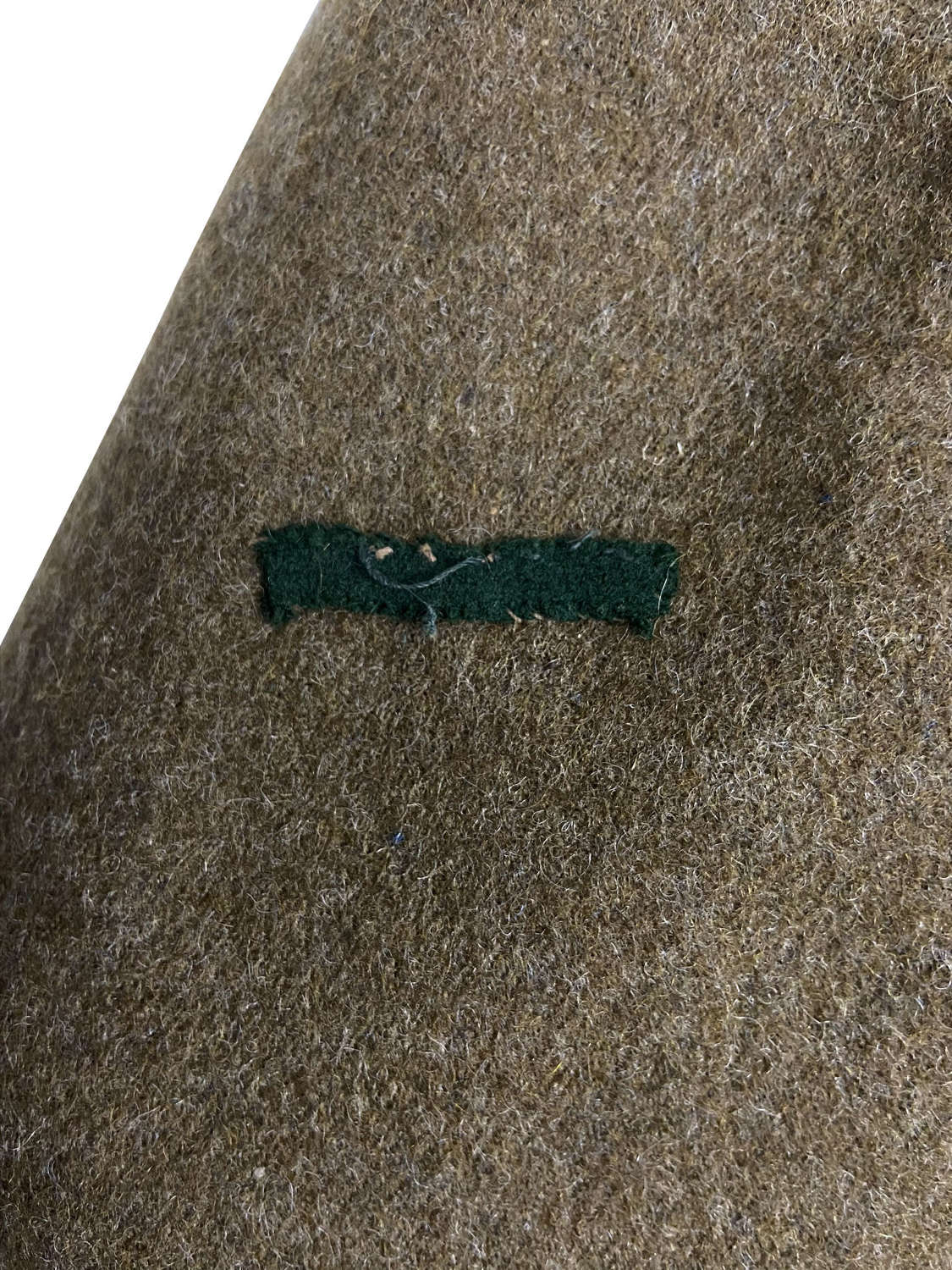 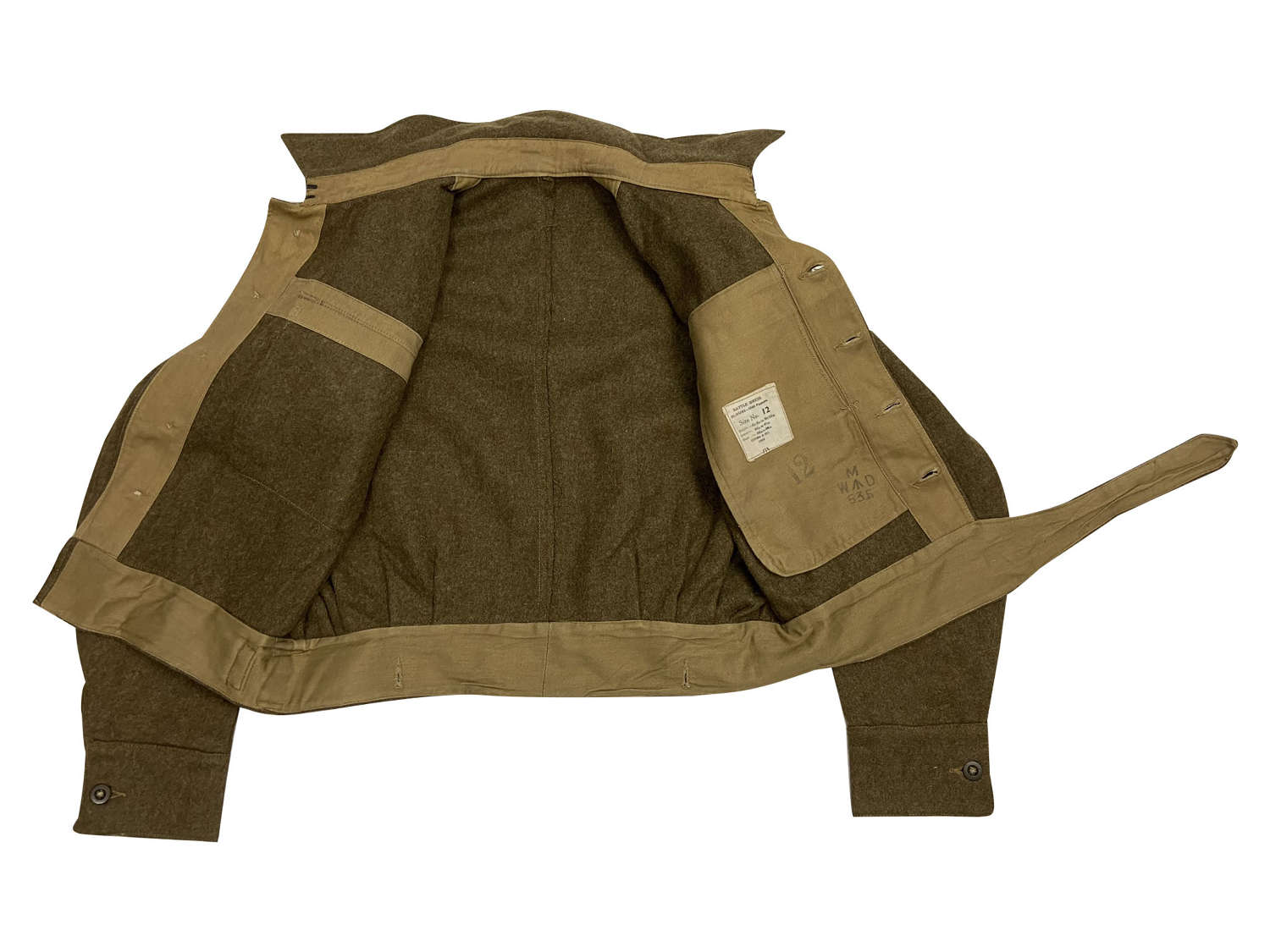 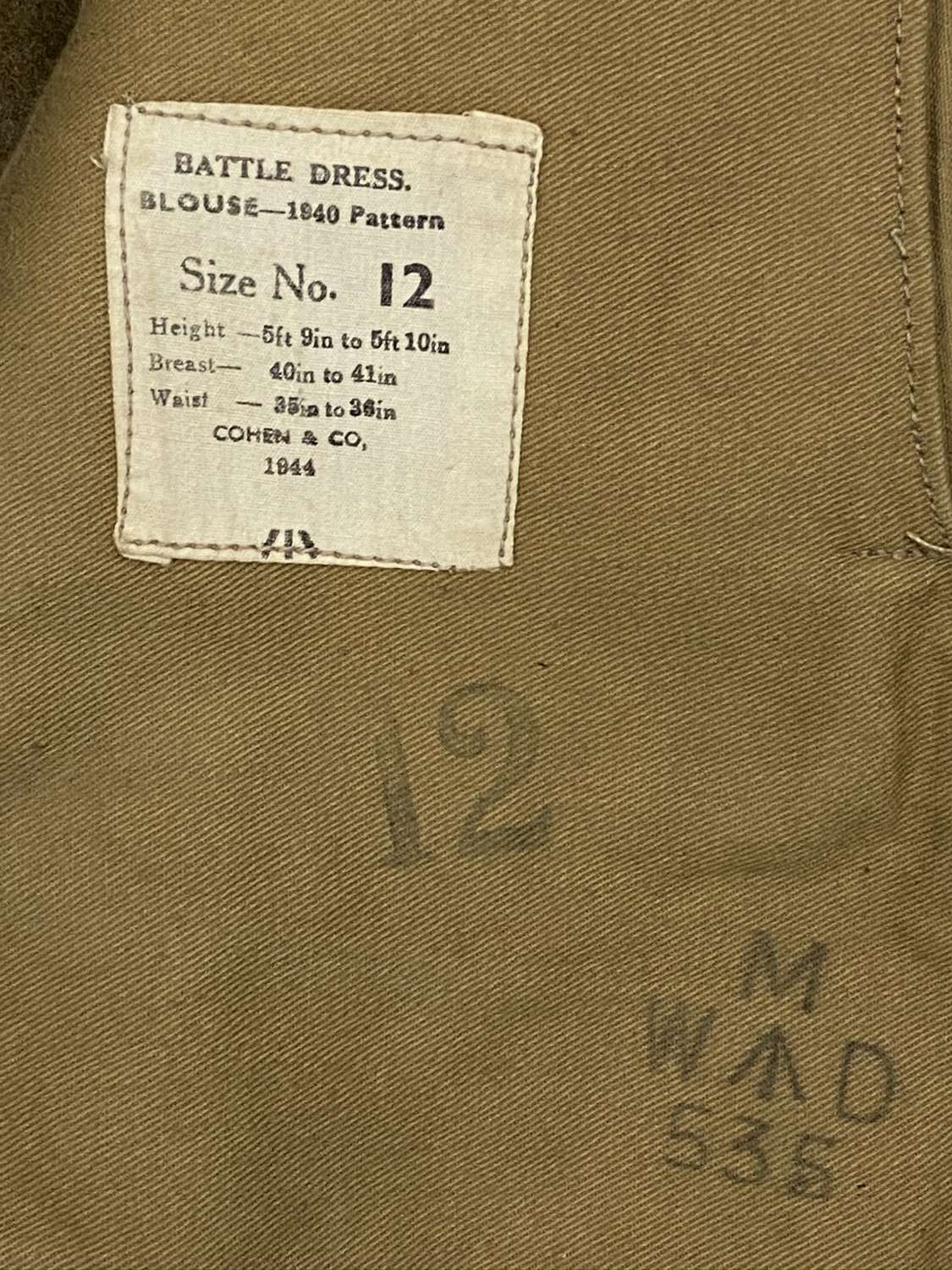 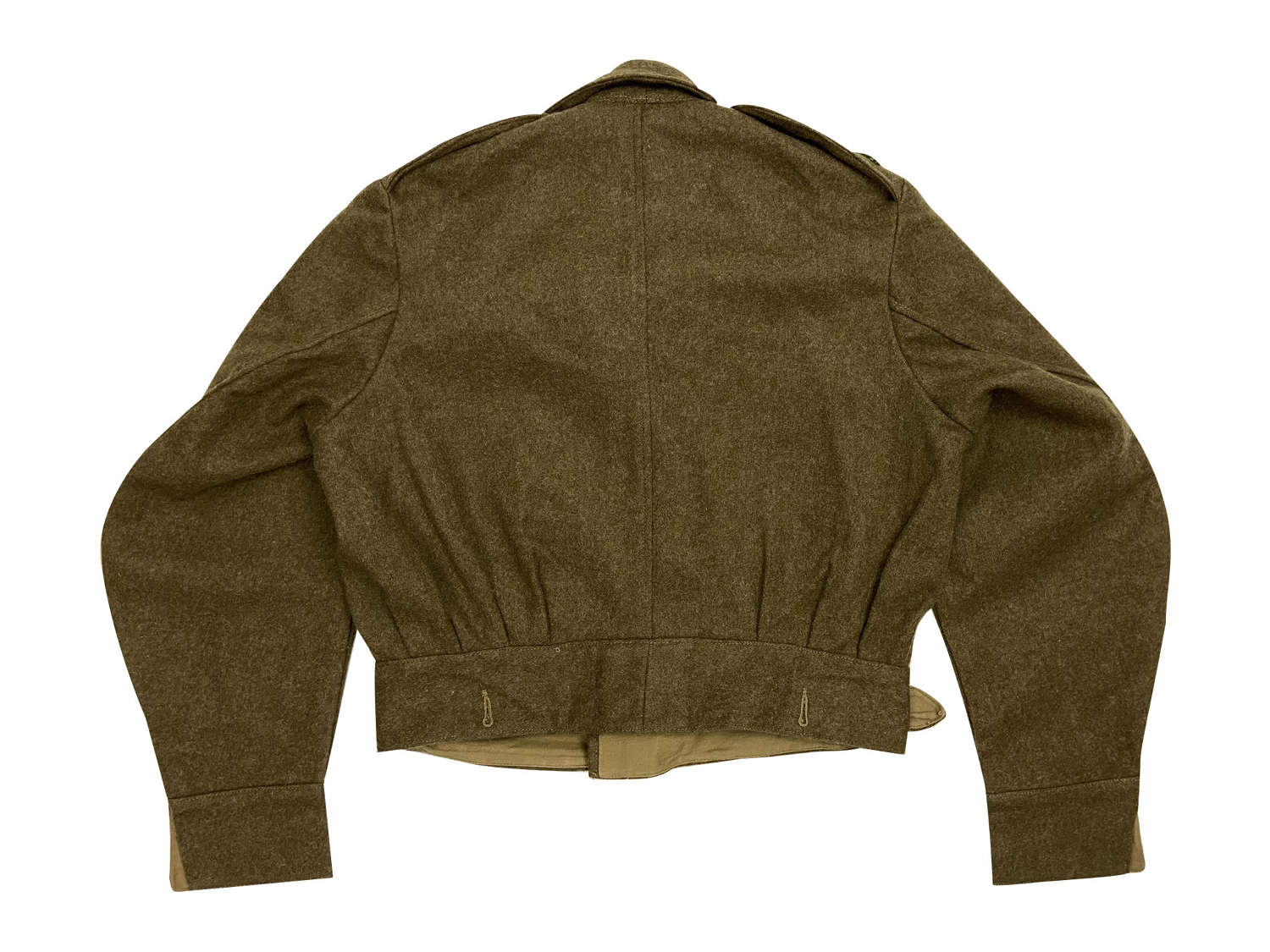