A rare original pair of British work trousers made by 'Lybro' in the 1950s.

These trousers are typical of those worn by men in Great Britain in the immediate post-war years. Made from a khaki coloured cotton drill (the same as used on British military items worn in the tropics during the same period and chosen for its hard wearing yet light-weight quality) the trousers are cut in the style of the time with a high rise waist and wide legs. The breech is also generous to allow for easy movement. Belt loops are fitted to the waist and the front features twin pleats. The bottom of the legs have turn ups as were still popular in the 1950s and the fly fastens with buttons which is another typical British trait of the period. The top of the fly is secured with a pop stud and more buttons are fitted around the inside edge of the waistband for braces. Another nice detail on the trousers is the button and tab waist adjusters found on each side of the trousers. They are very simple in design and typically utilitarian.

Inside the trousers the original labels are still present and both carry the maker's name 'Lybro'. Lybro were a prolific workwear manufacturer in the first half of the 20th Century based in Liverpool and are now a very collectable name. The main label features the brand name and the words 'sanforized regd shrunk fabric'. The second label again bears the maker's name as well as the style code and size. When laid flat the trousers measure -

The trousers are in well worn condition as can be seen in the pictures. There are various stains and a small hole to the right of the fly. They still look to be very wearable but please study the pictures supplied and remember that these trousers are a pre-owned pair of vintage work trousers and may have other issues commensurate with age.

Vintage British work trousers are now very hard to find today, making these a real rarity. Not only that but they bear the 'Lybro' label which is a sought-after name in the collecting world.  These would make an excellent addition to any collection! 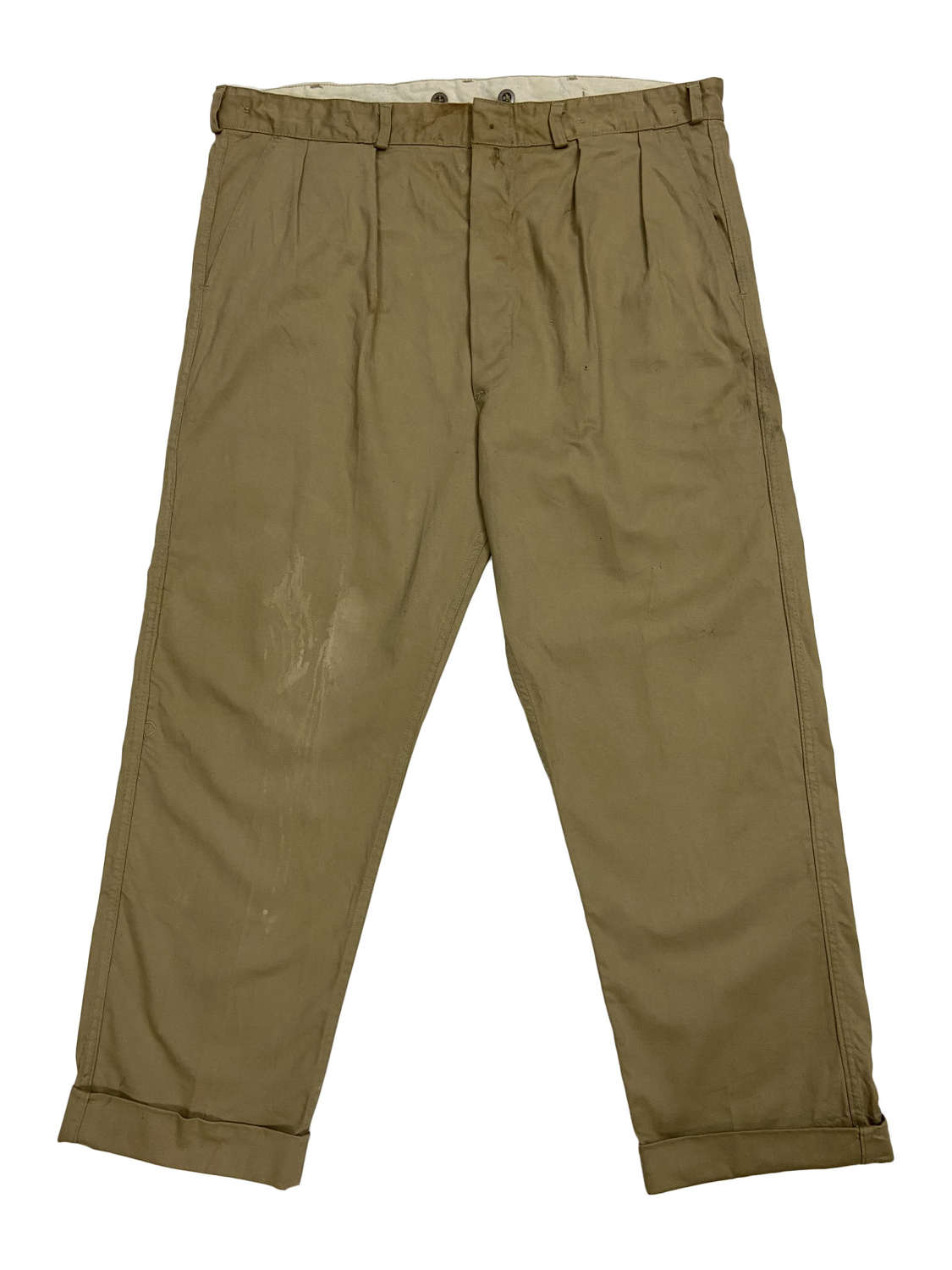 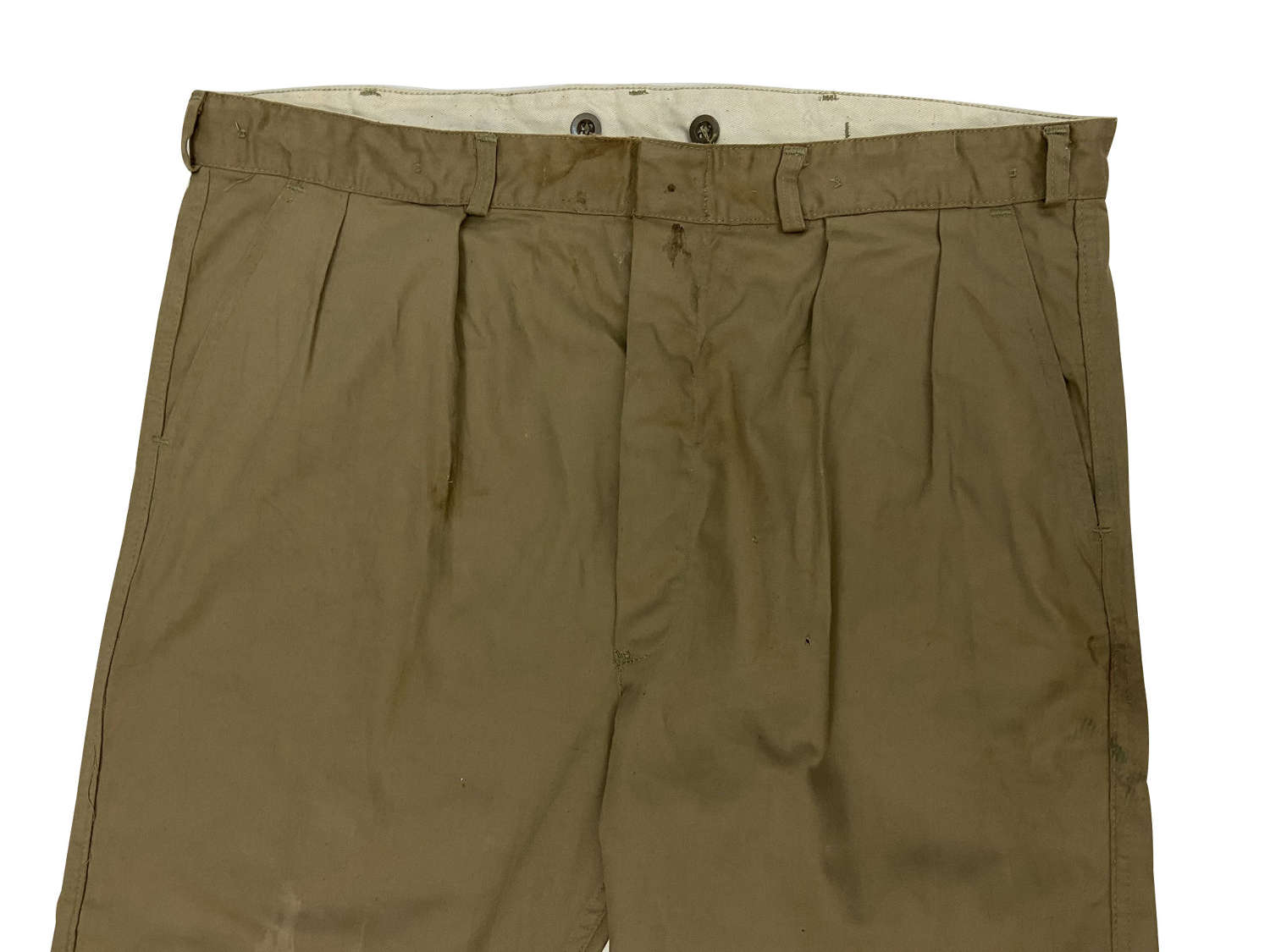 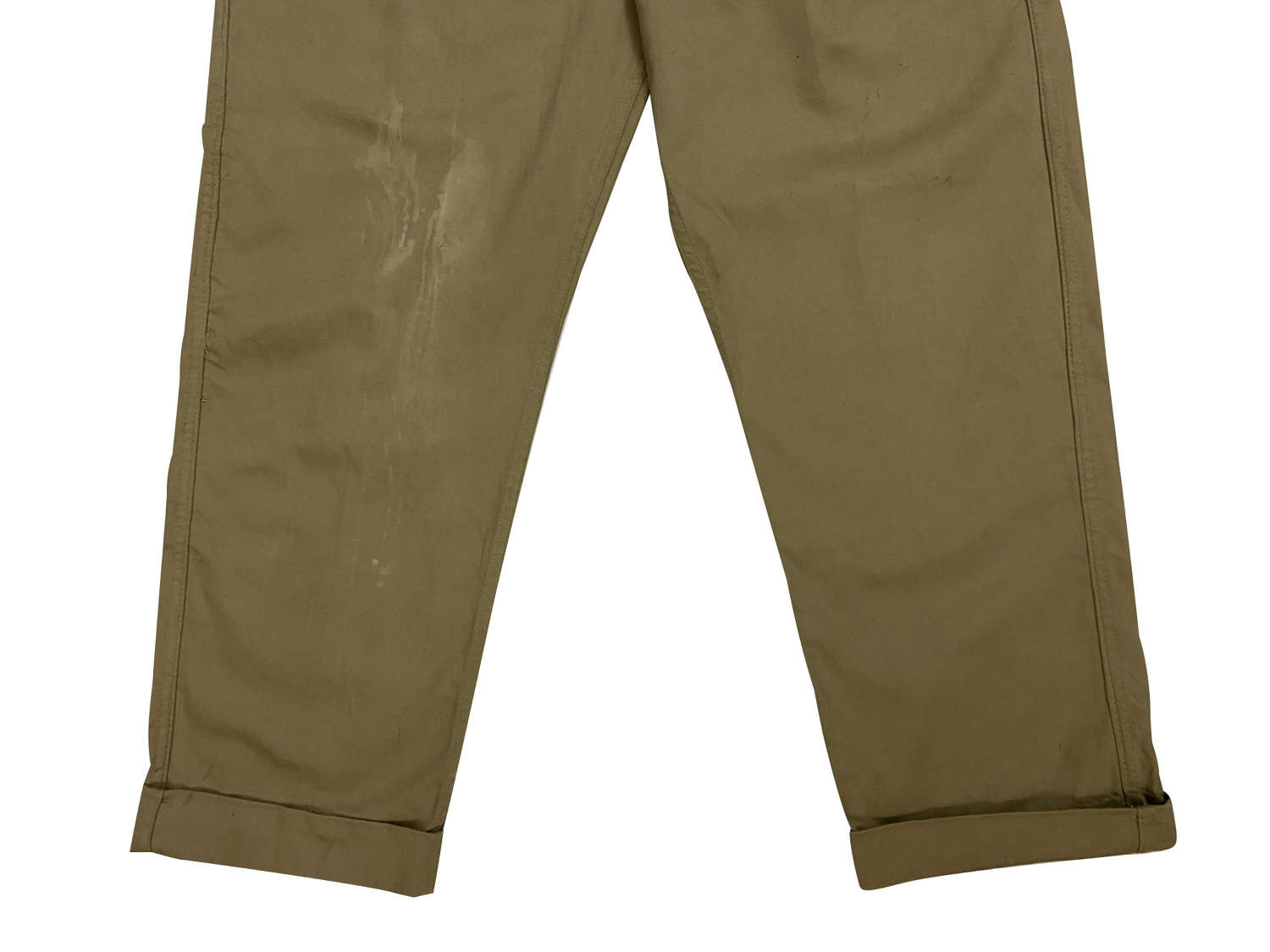 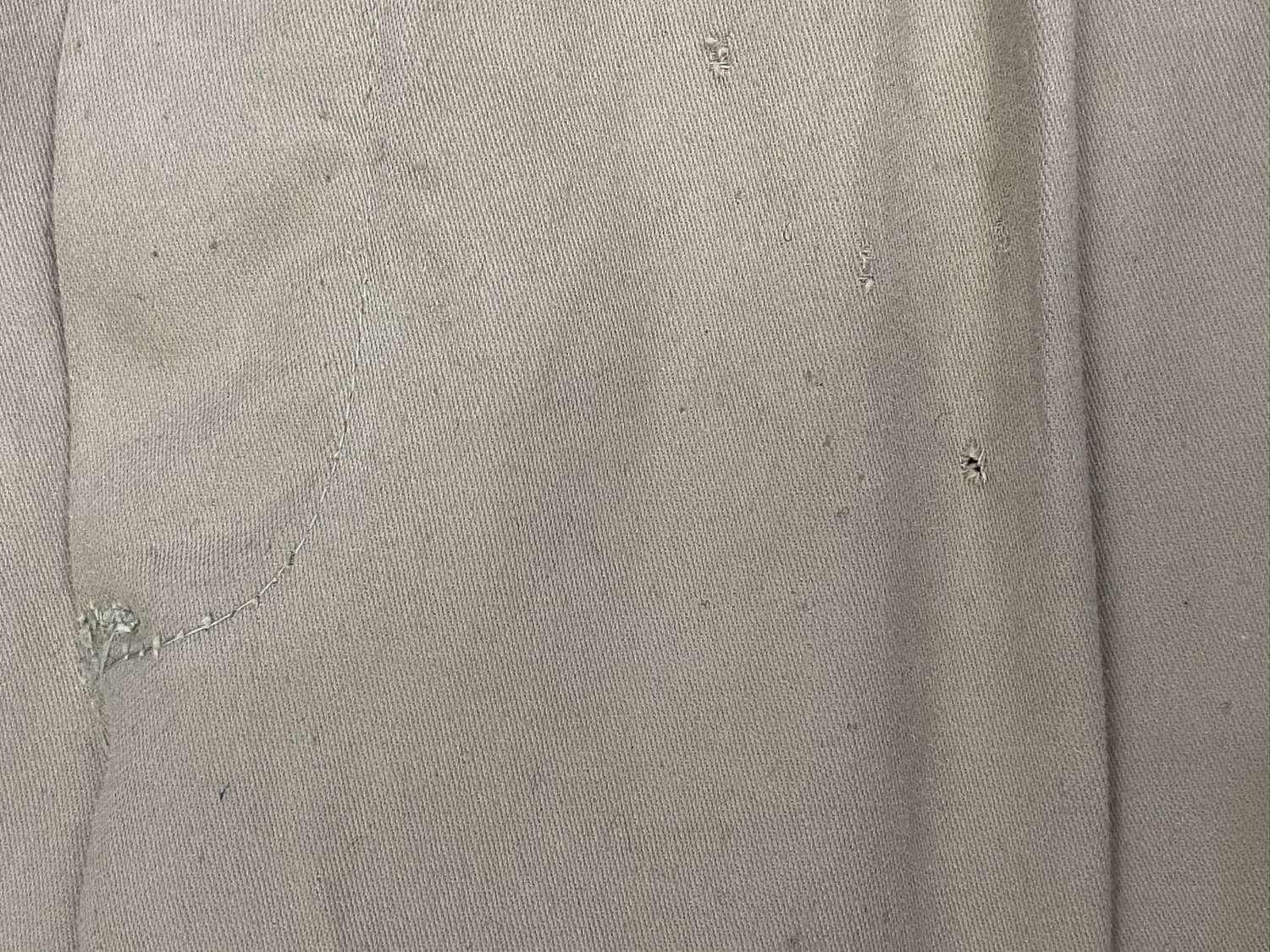 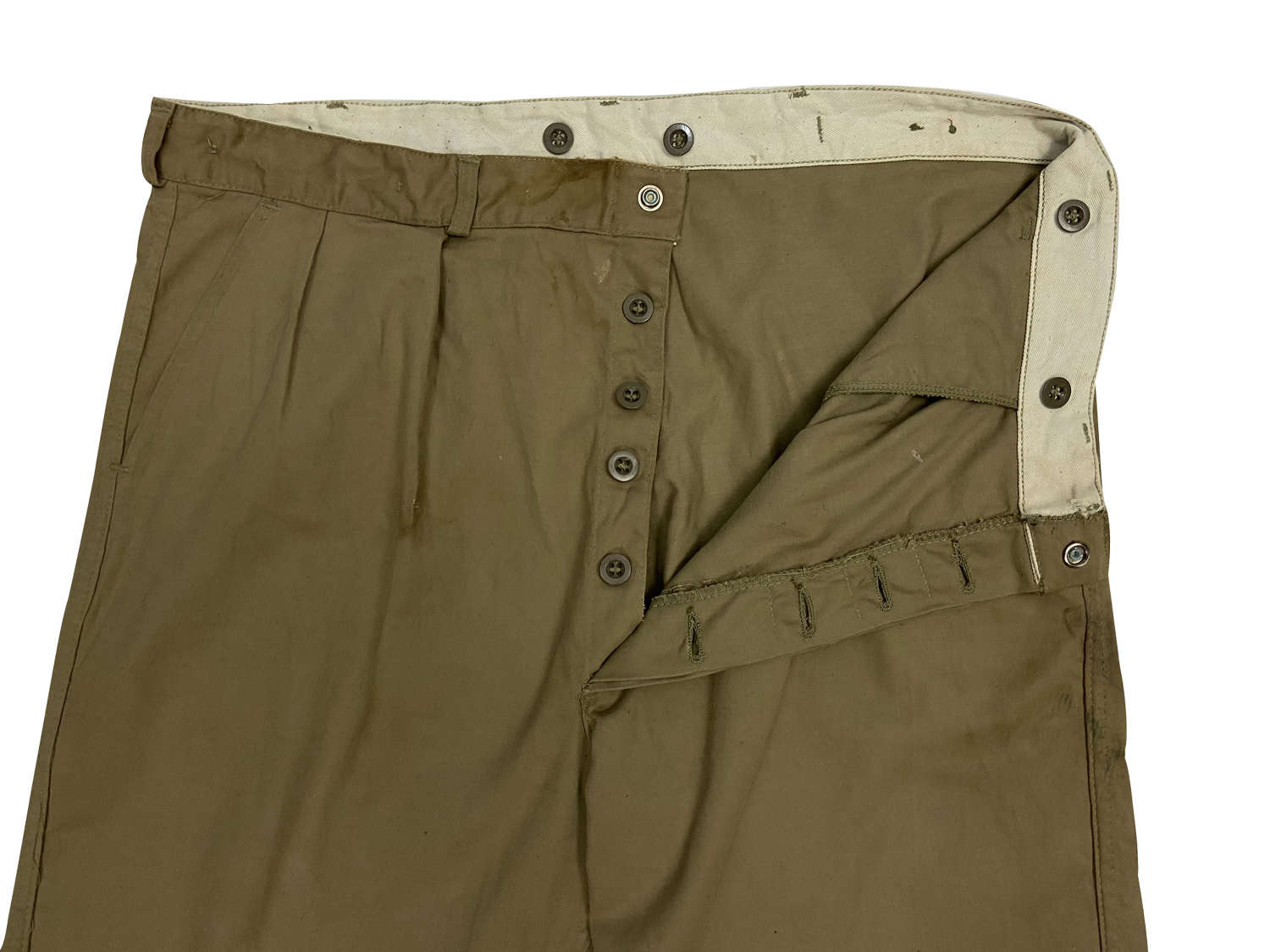 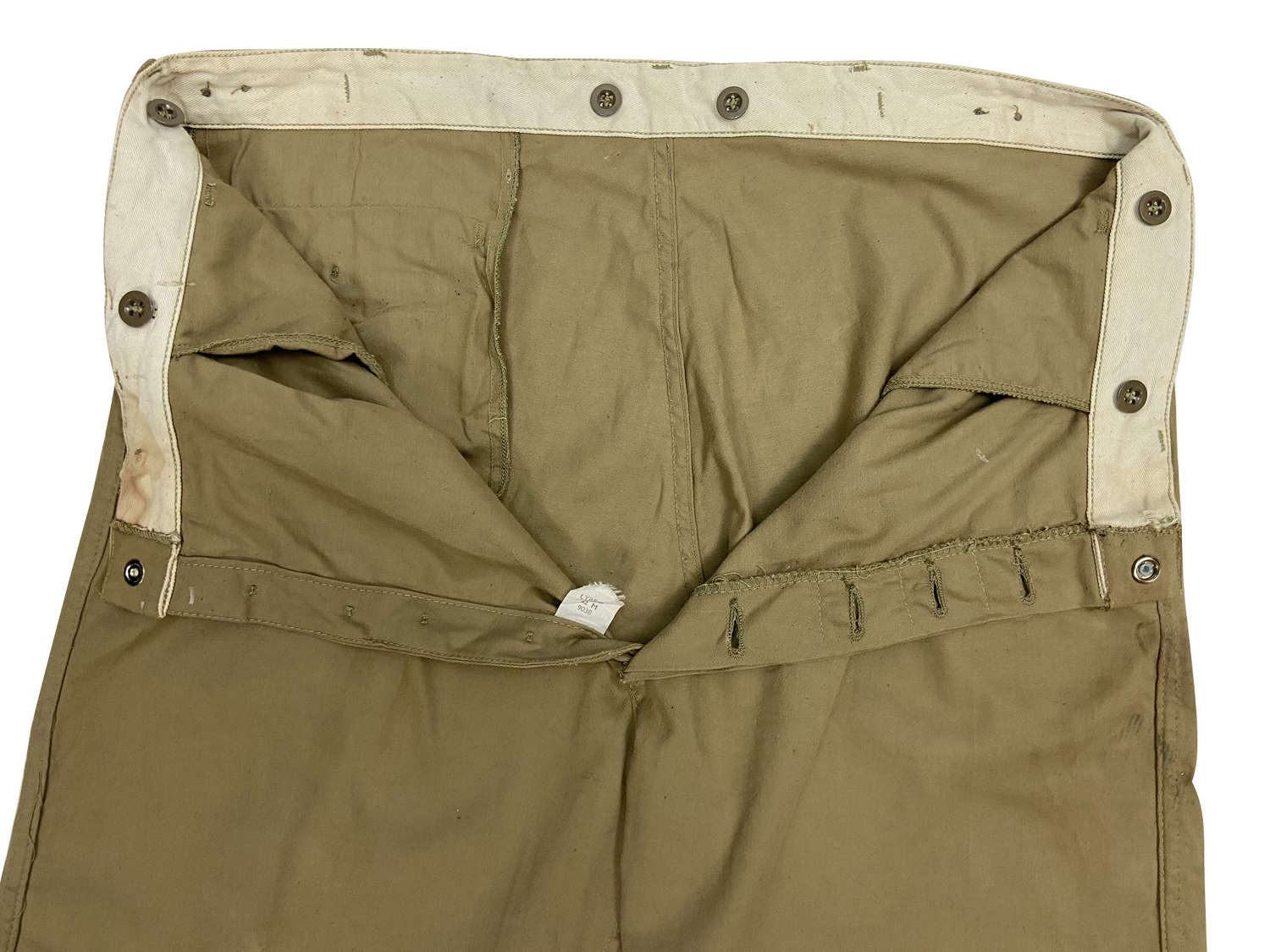 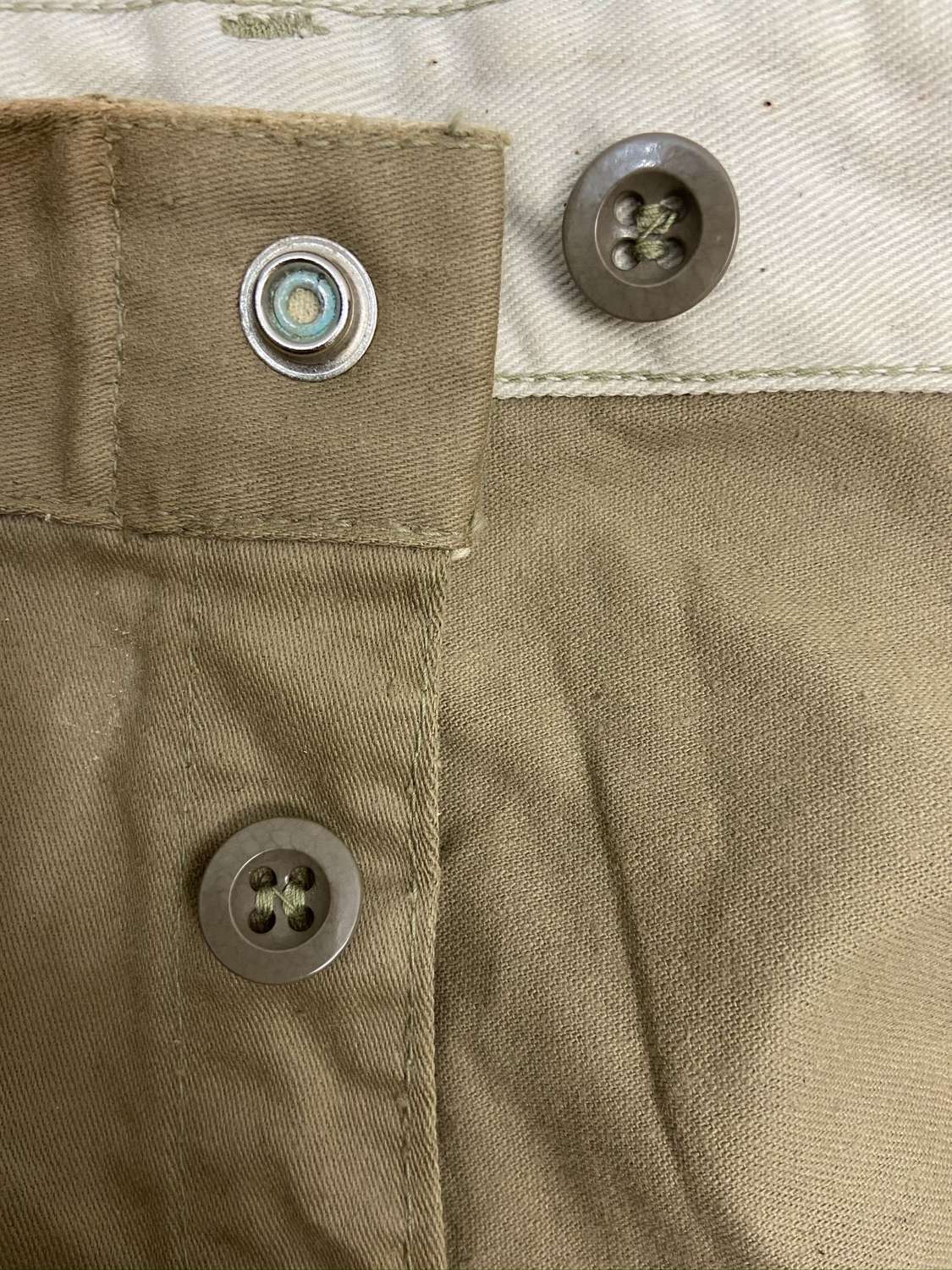 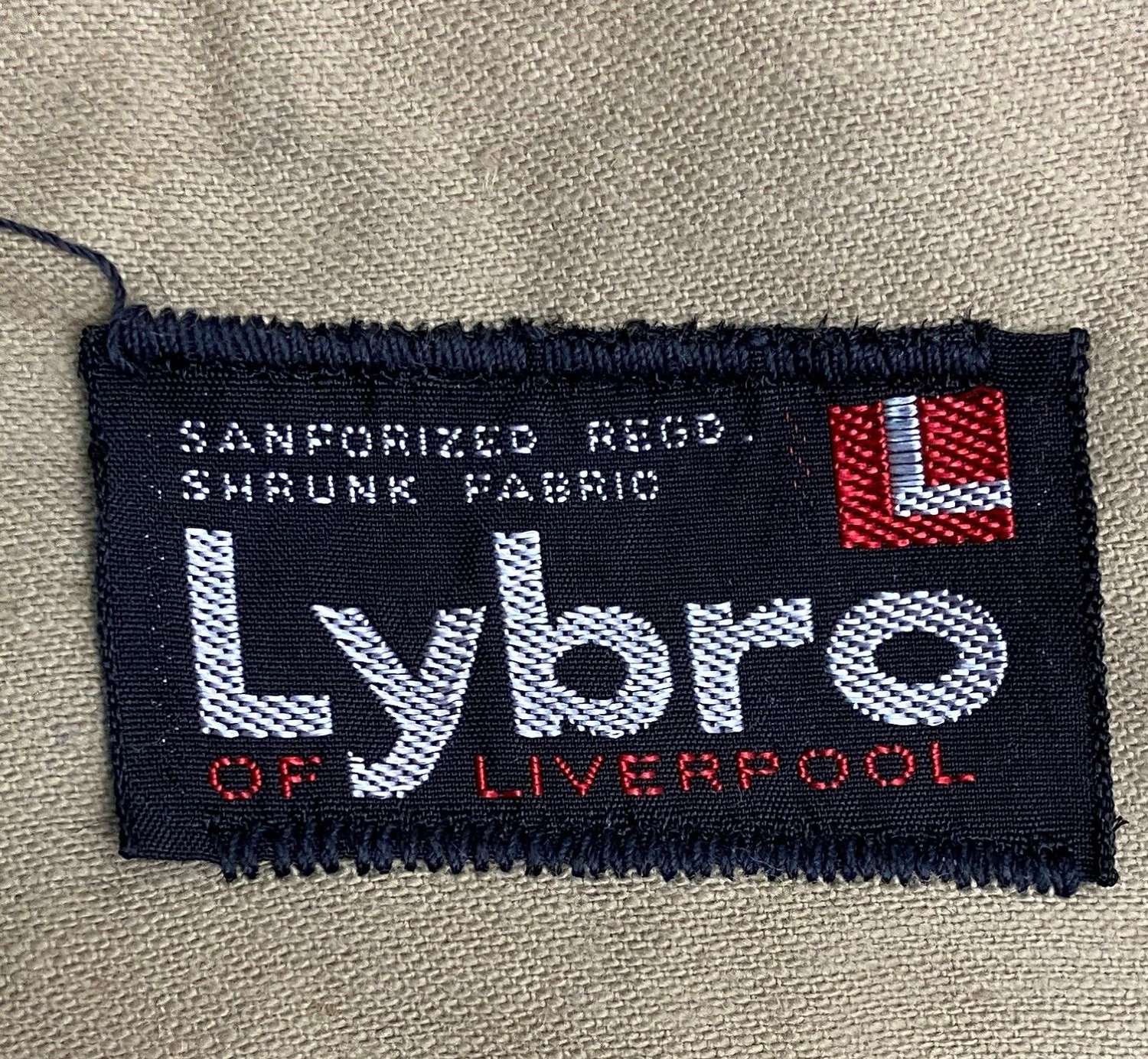 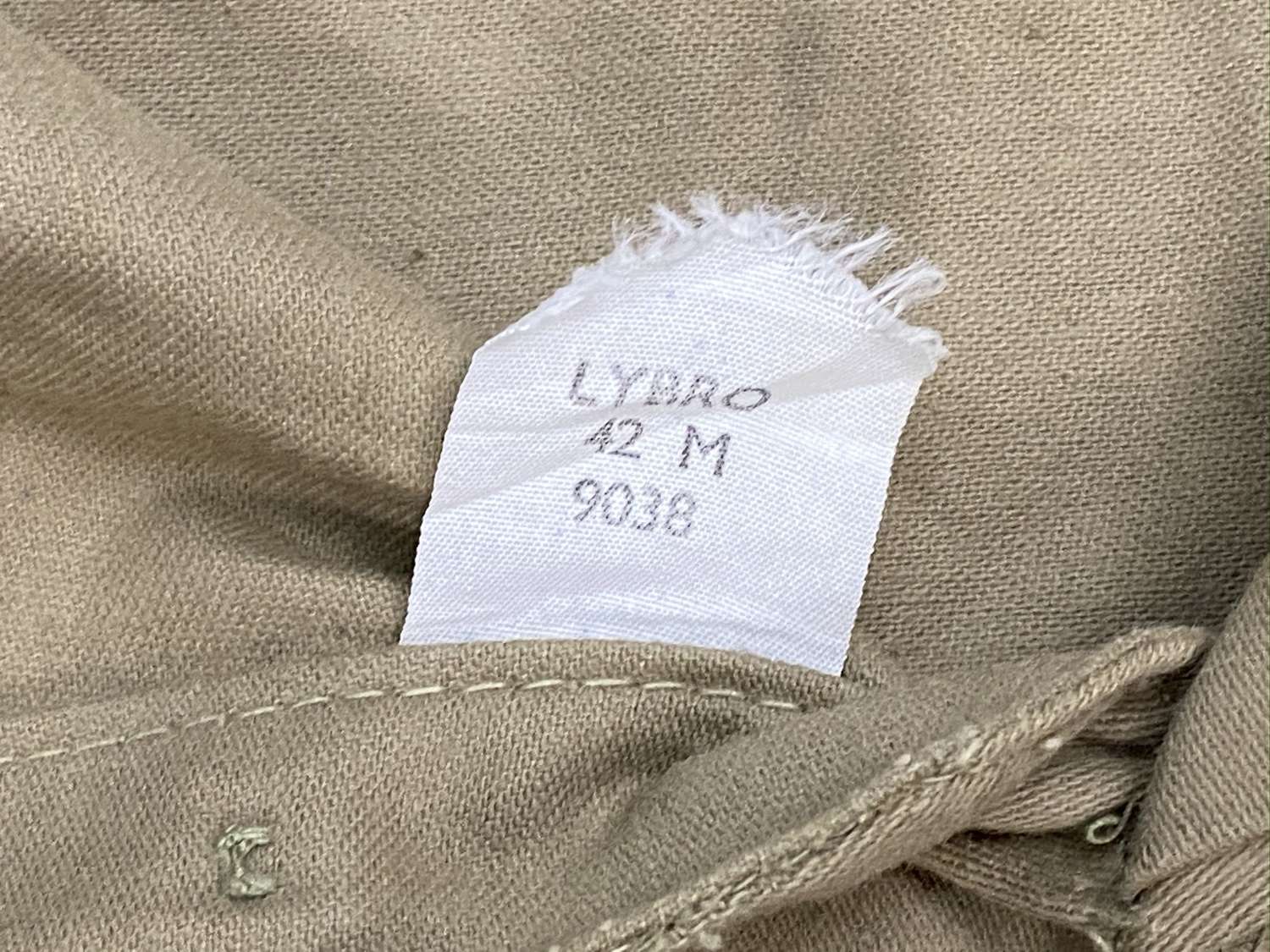 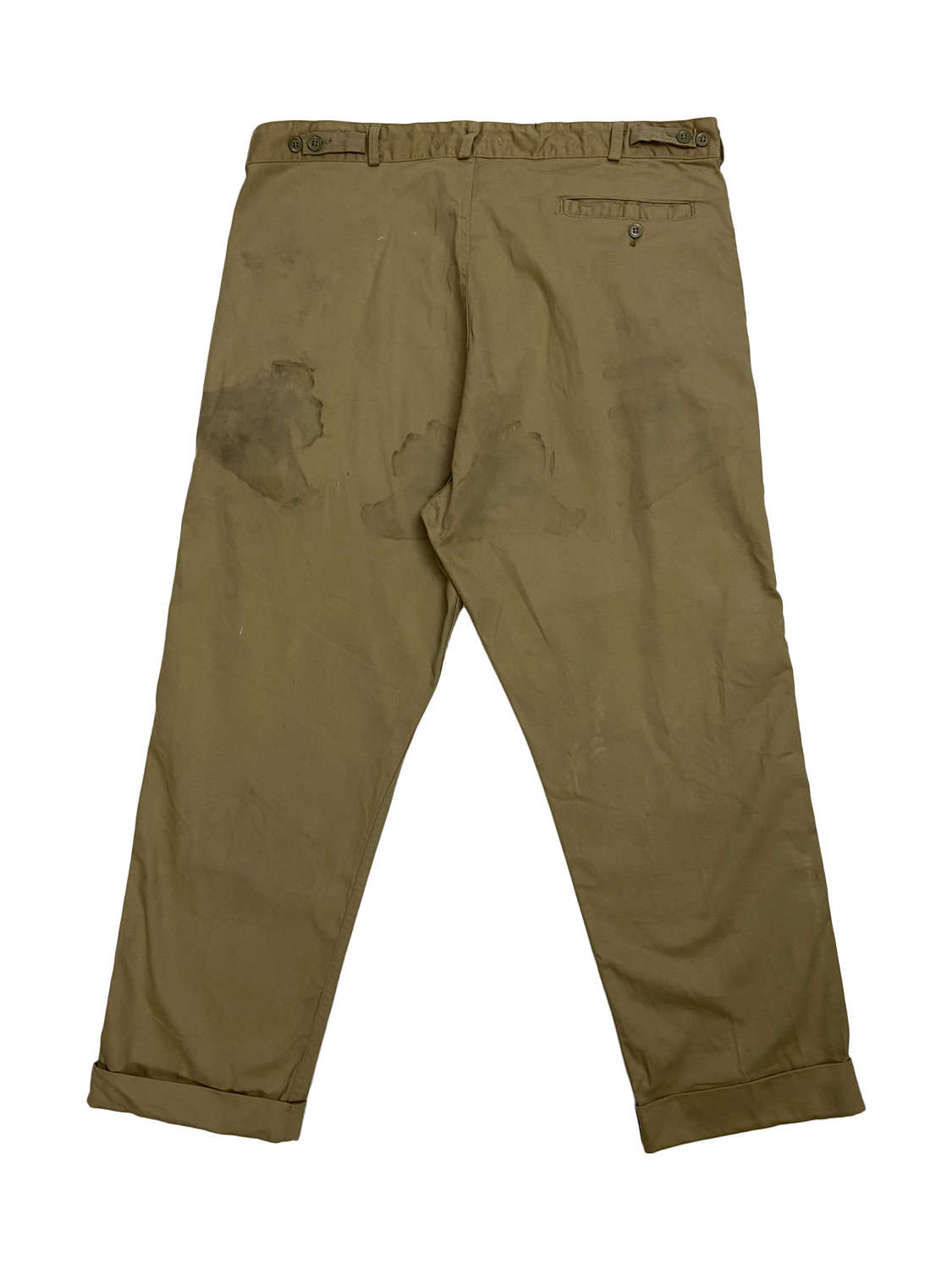 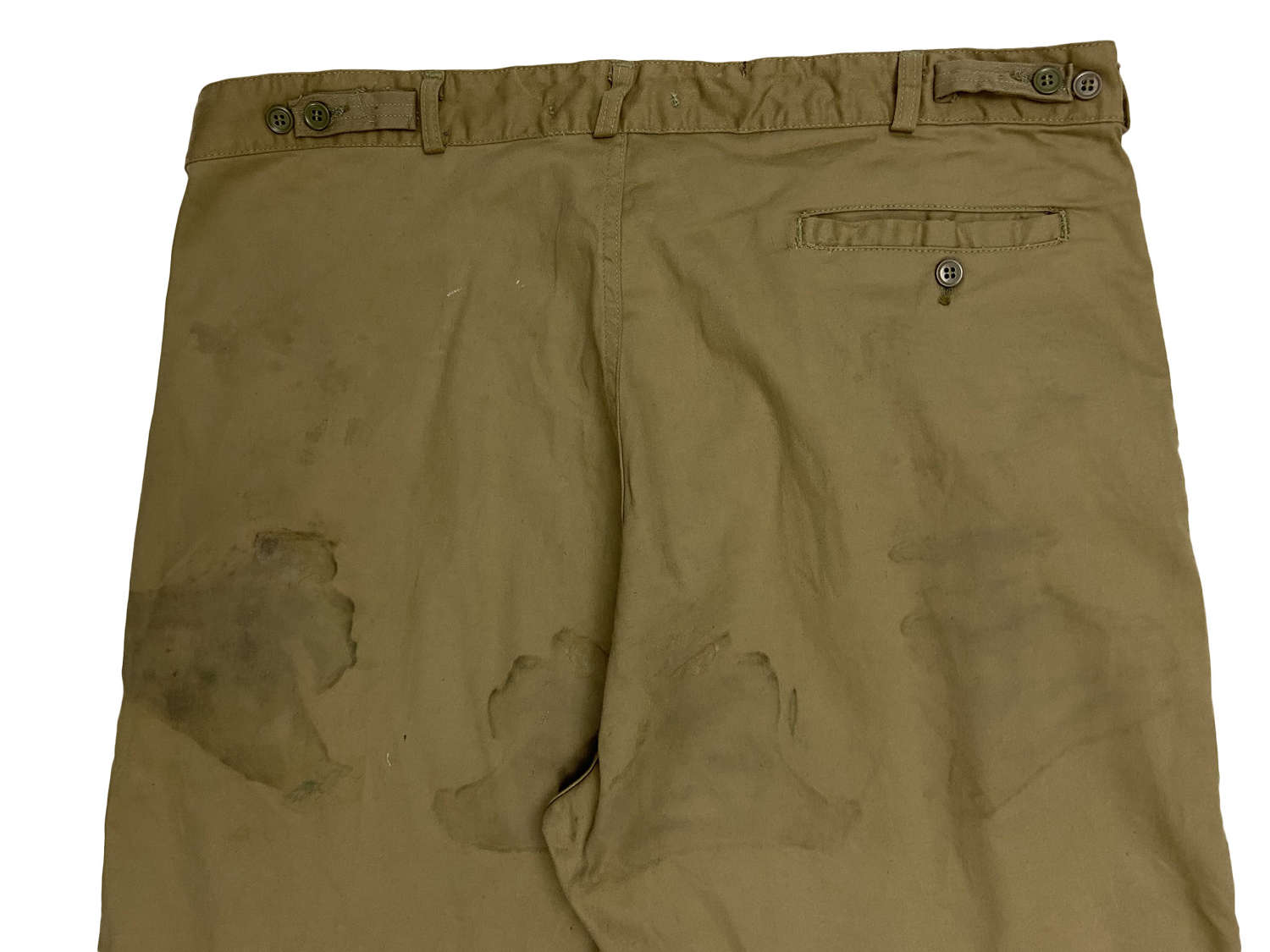 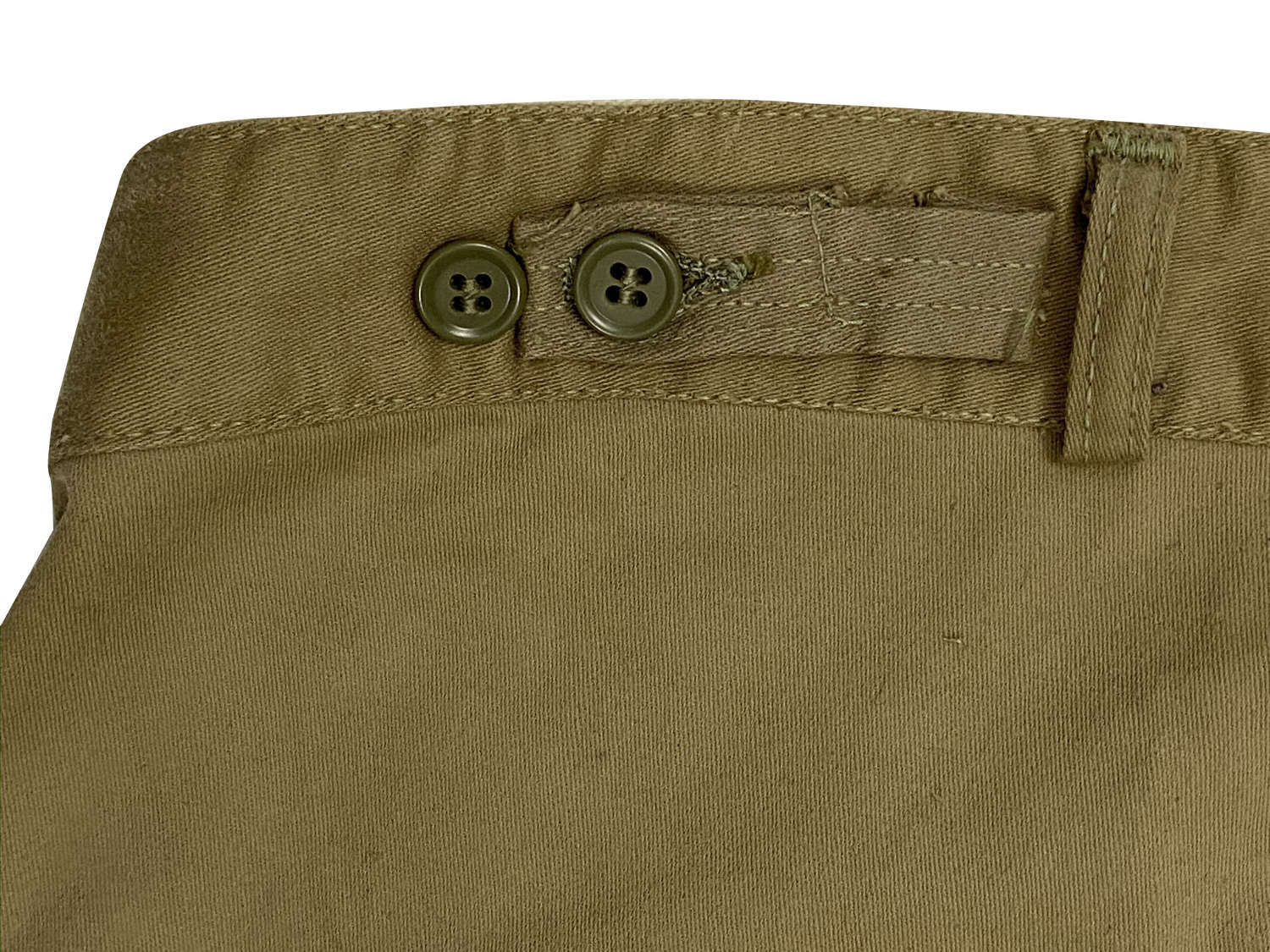