This helmet is typical of those worn in the inter-war years by both military personal and civilians. It is made from a lightweight cork called 'Sholapith', often referred to as Indian Cork, hence the name Pith Helmet. This is covered in a khaki coloured cloth and over this is a pugree. To the top of the helmet is a vent which is brass on the inside and designed to let heat out whilst being worn. The interior is lined with red sillk and a standard leather hat band is fitted around the inside rim. There is also a leather chin strap which has sadly broken and has been repaired at some stage, although is again in two halves currently.

The interior of the helmet also features its original label which takes the form of a star and features the name ' Eclipse Sunproof Helmet' in a typically period font.

There is no size marked inside the helmet but it measures up at a size 7 1/4.

The helmet is in reasonable condition for its age. The cork has lost some of its strength and there is a dent to one side which may push out. This is reflected in the price. 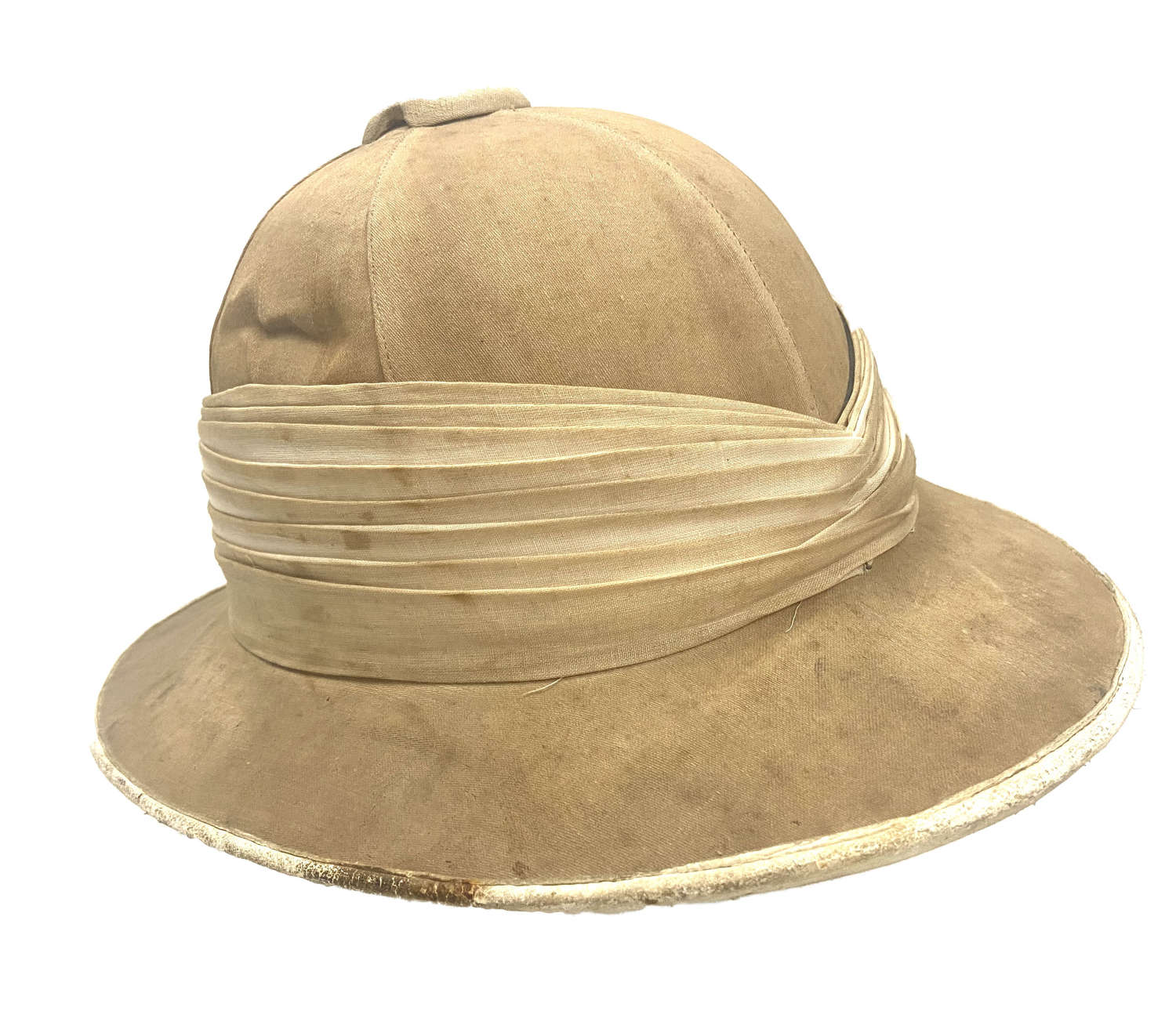 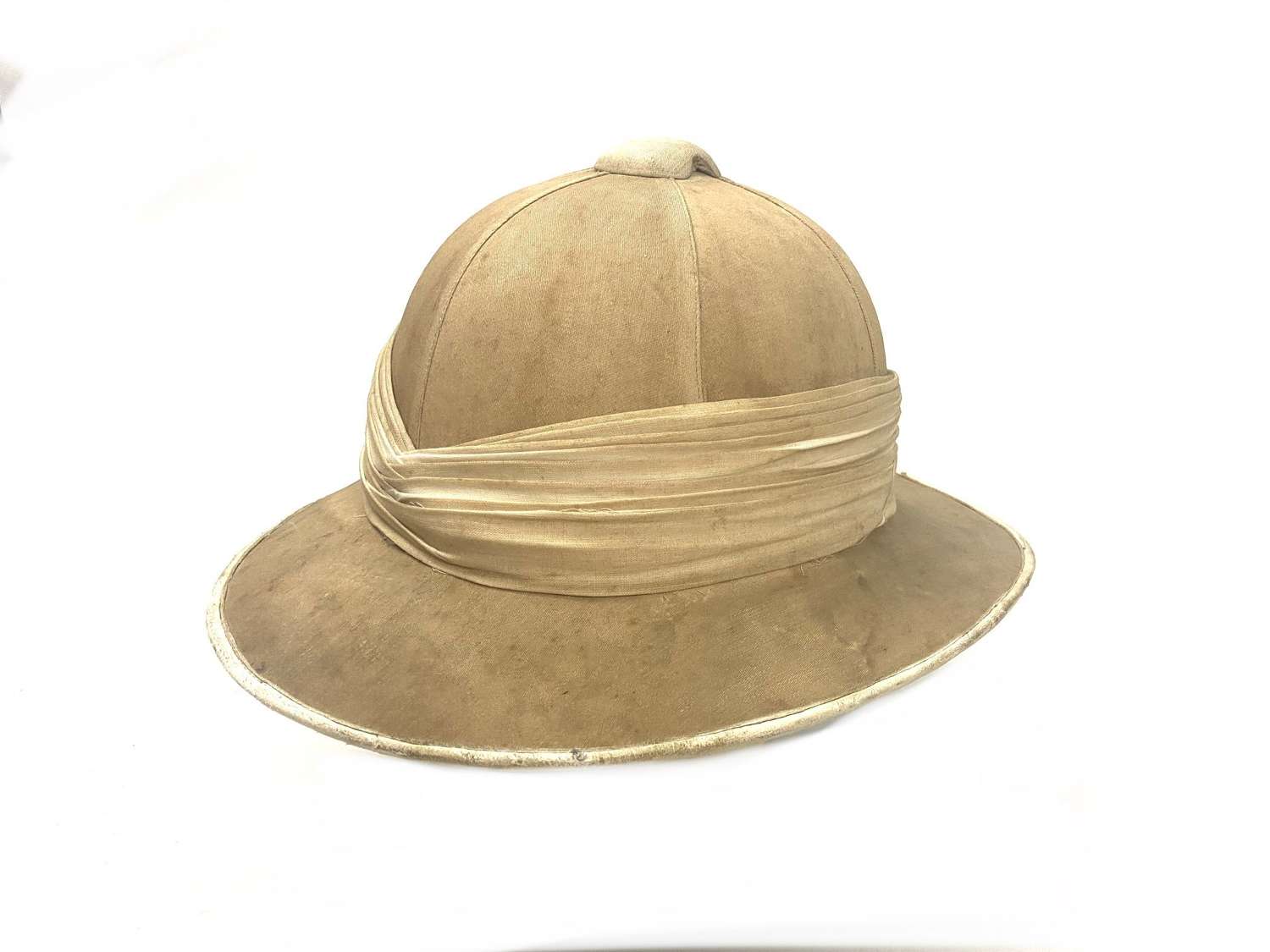 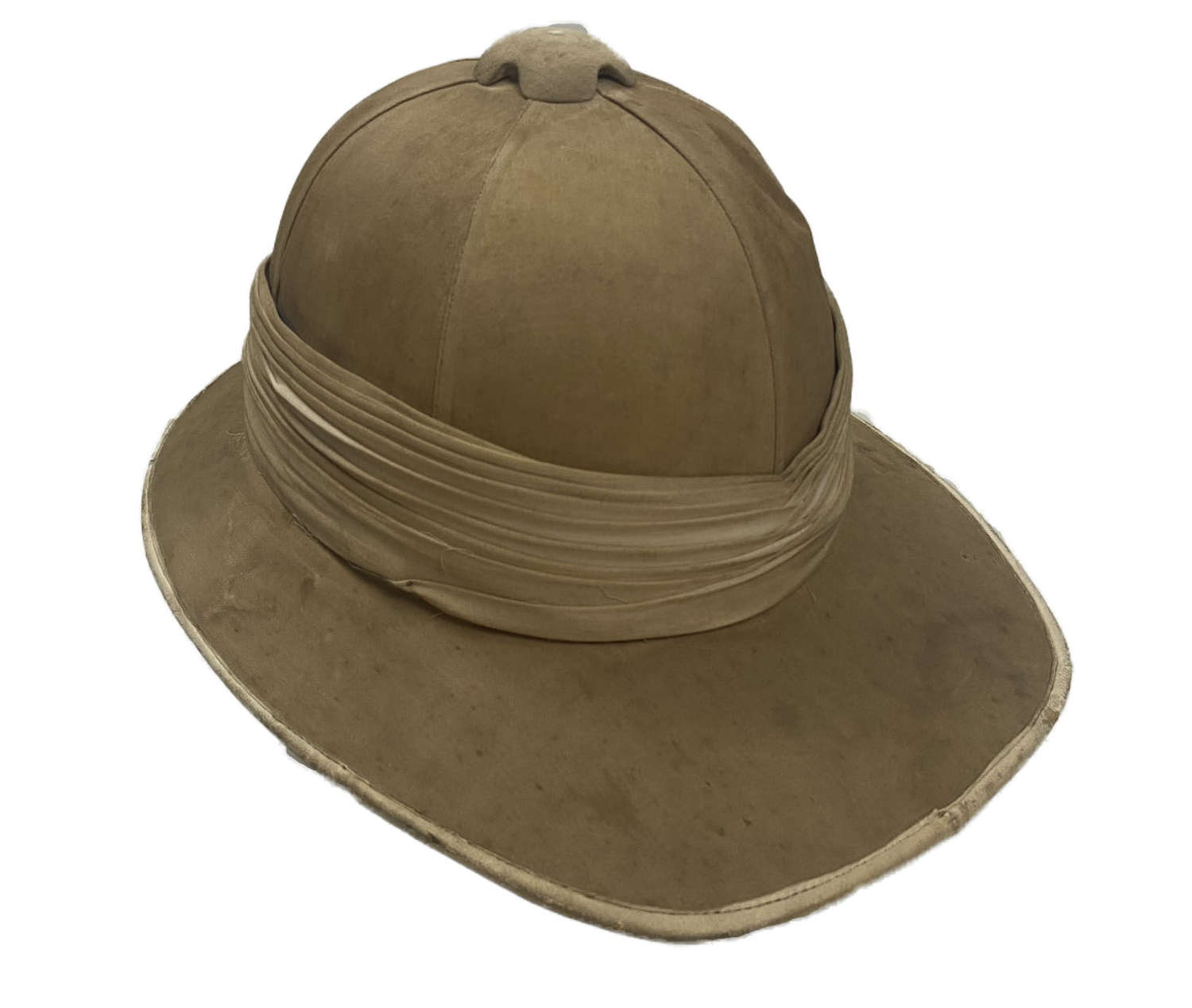 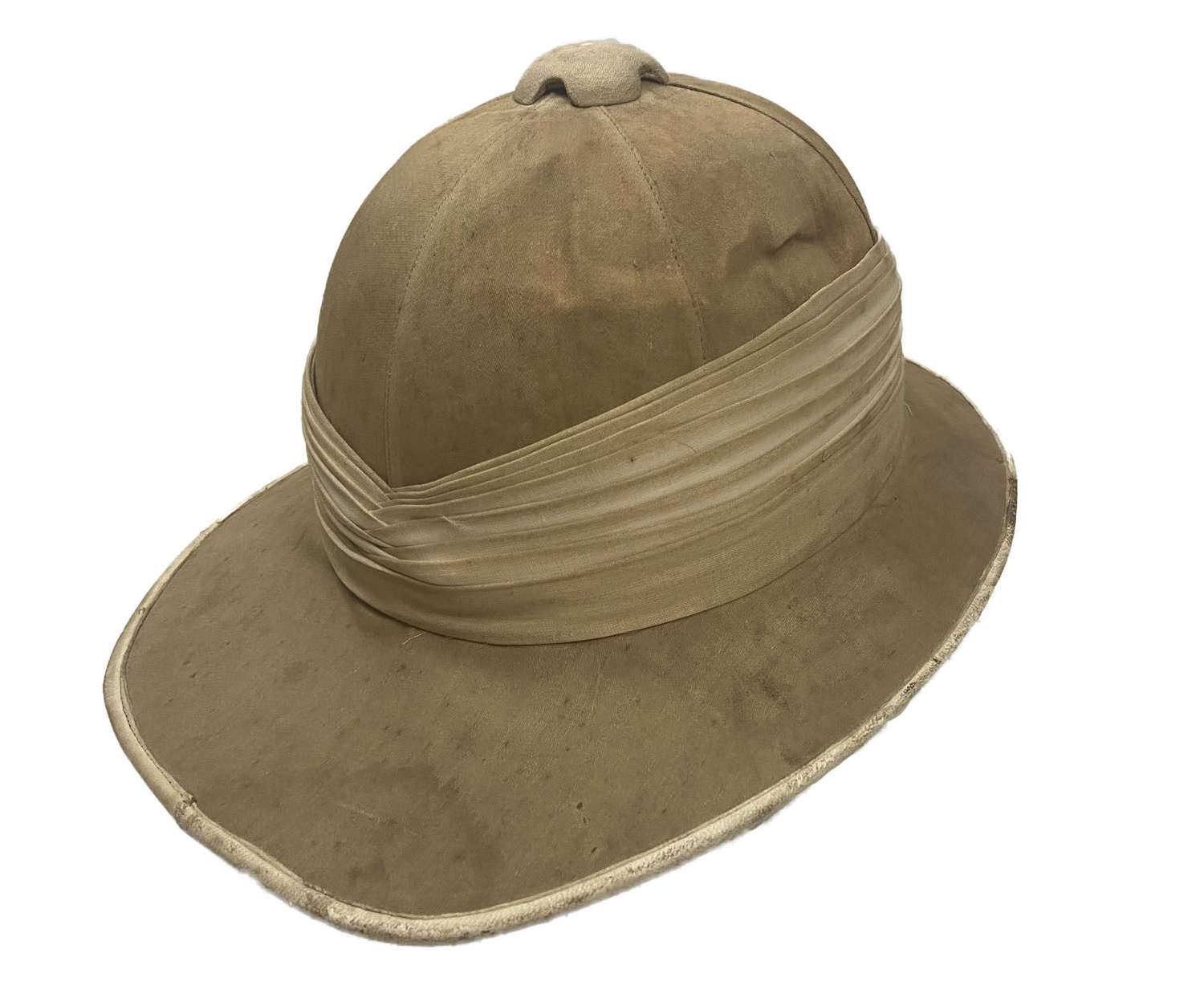 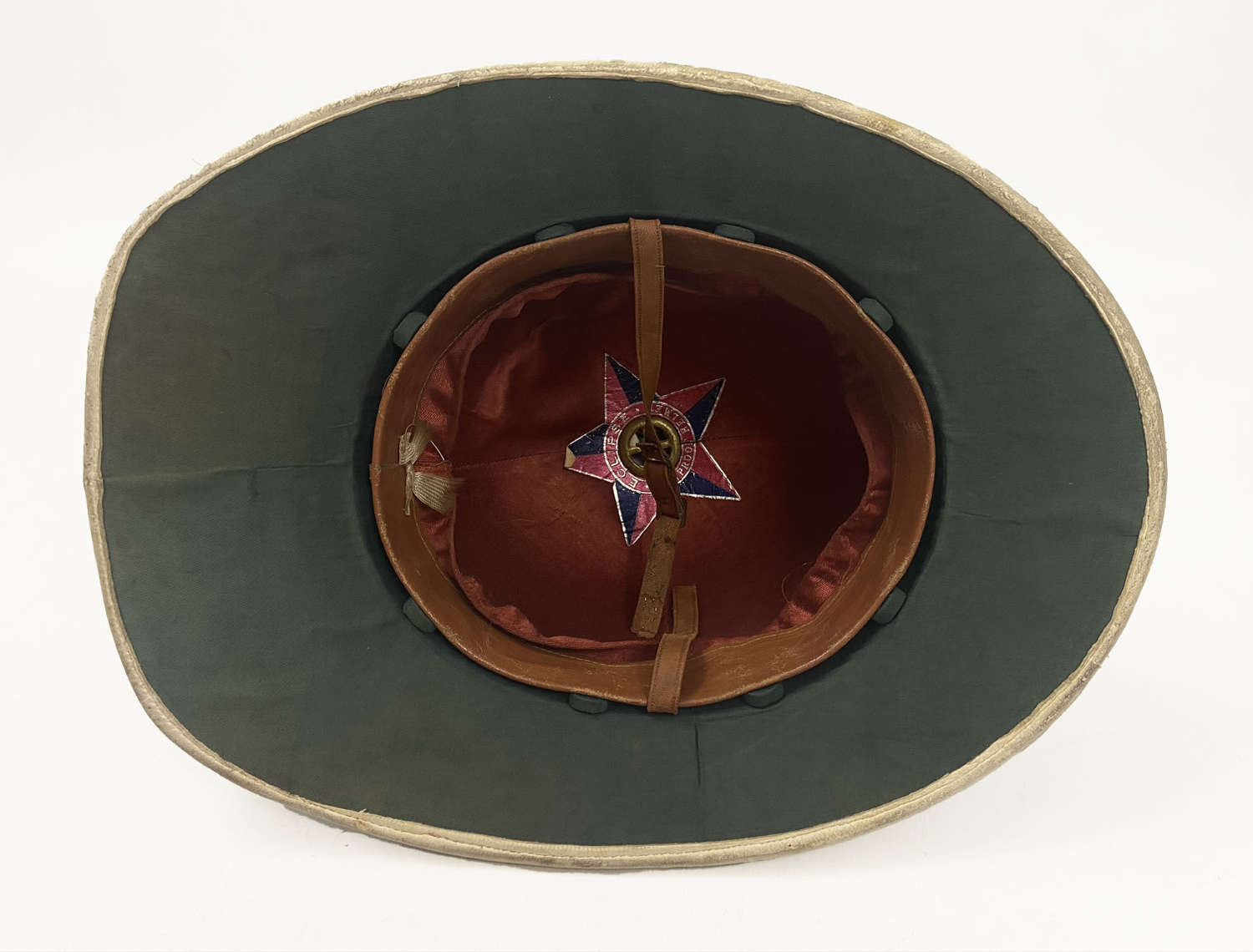 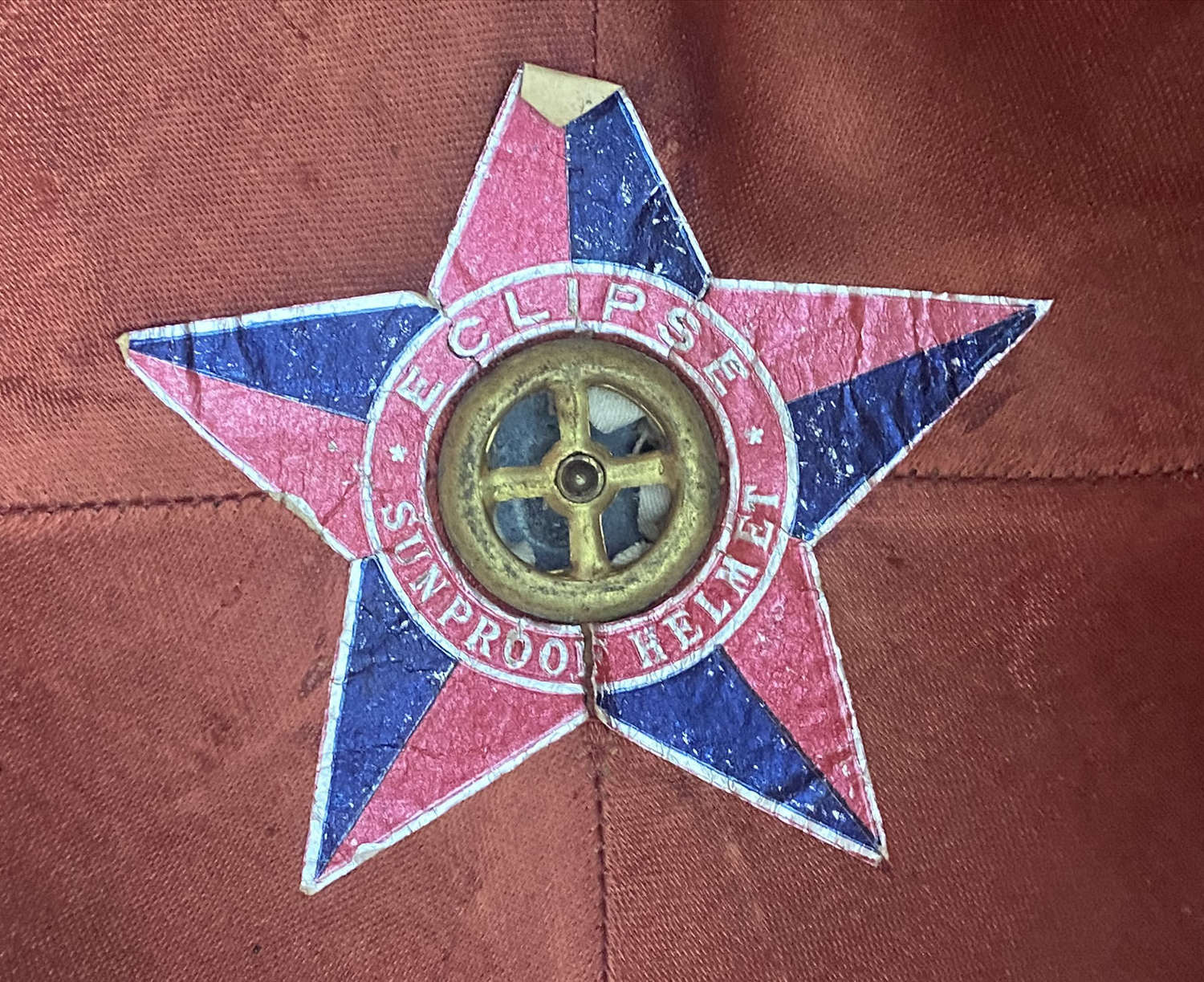