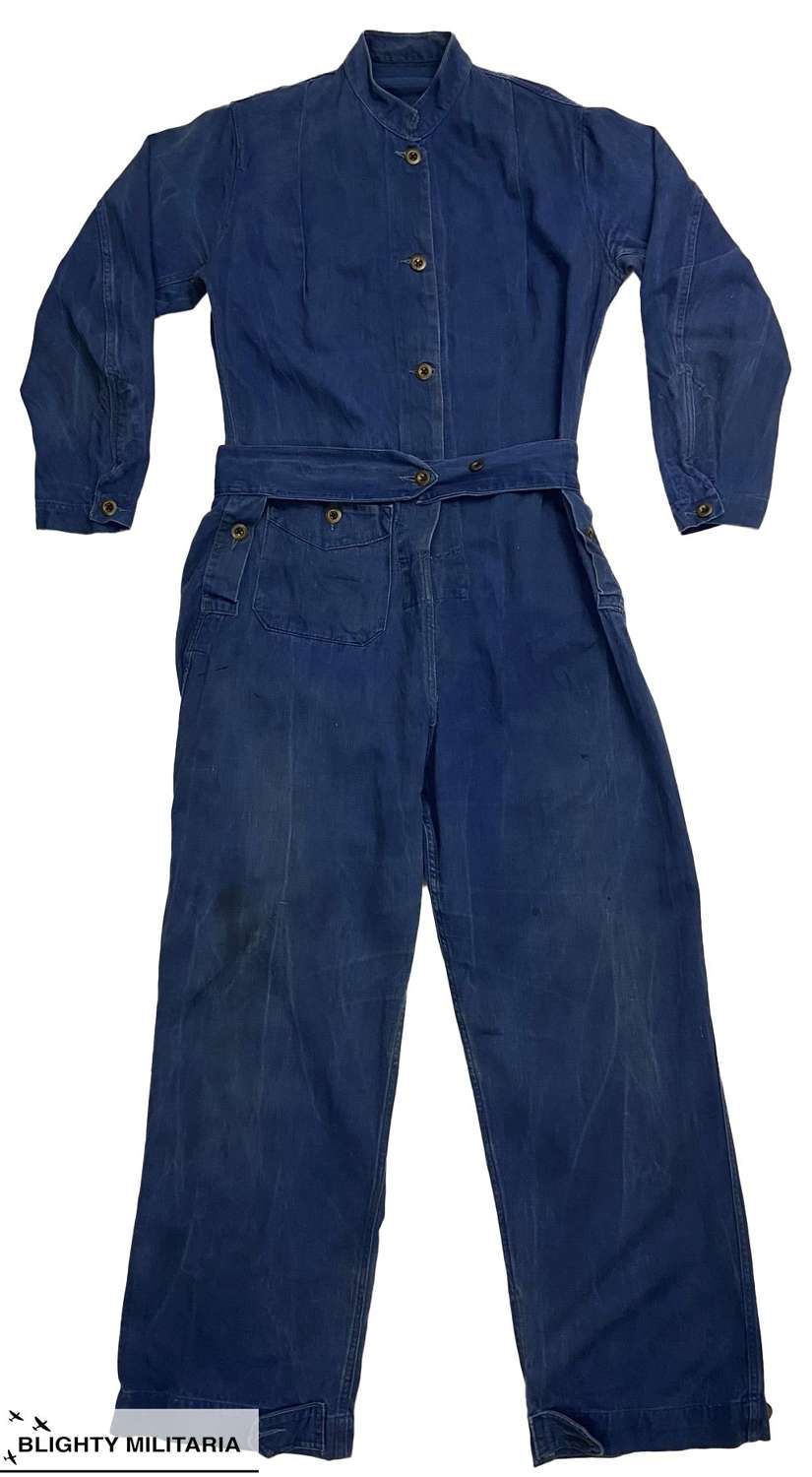 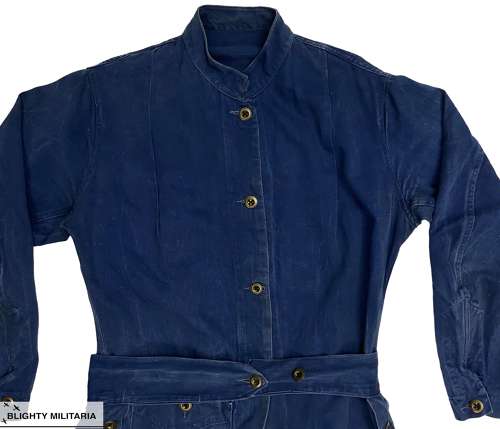 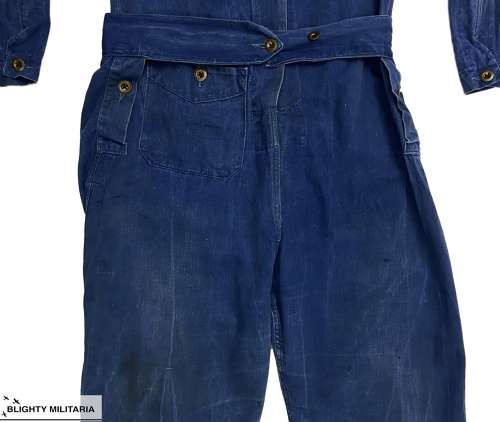 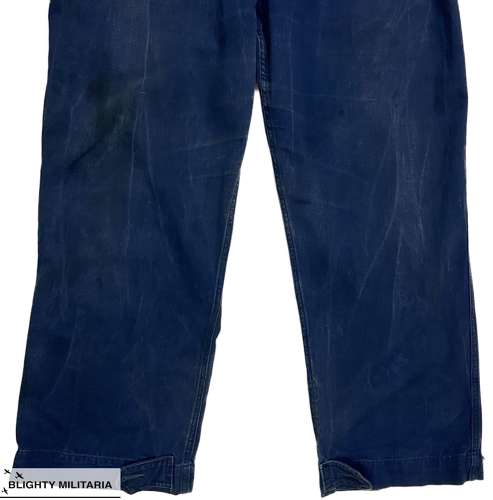 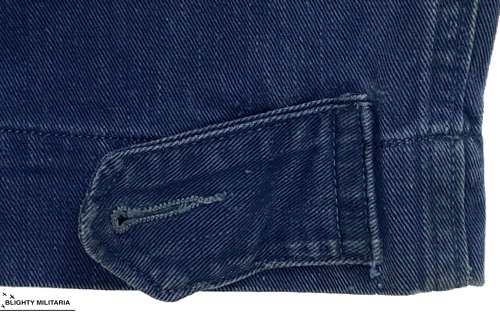 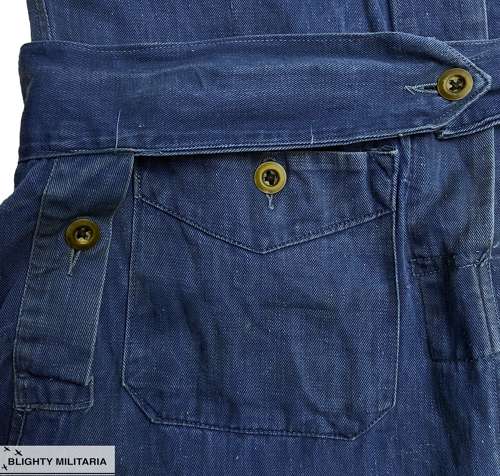 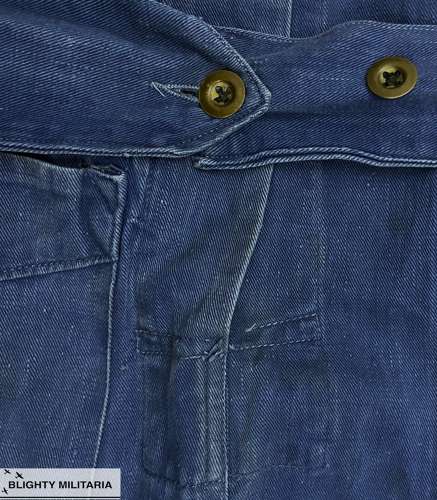 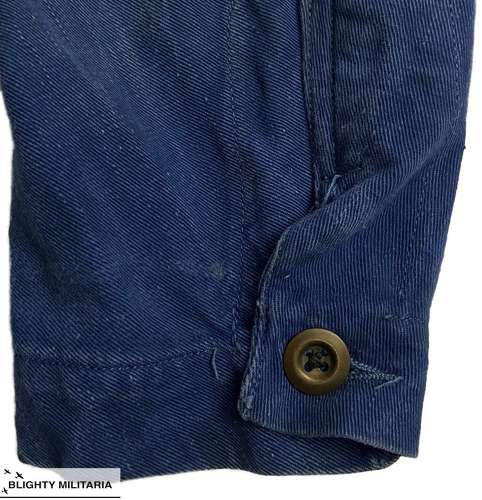 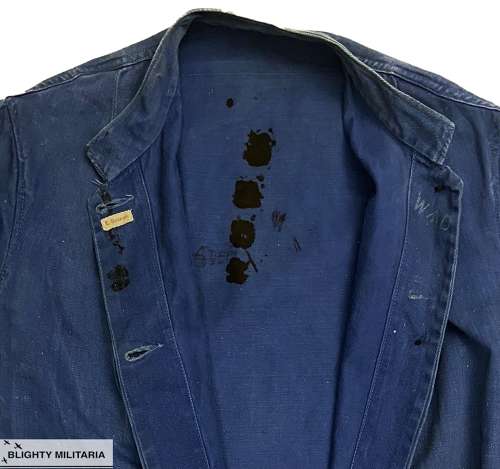 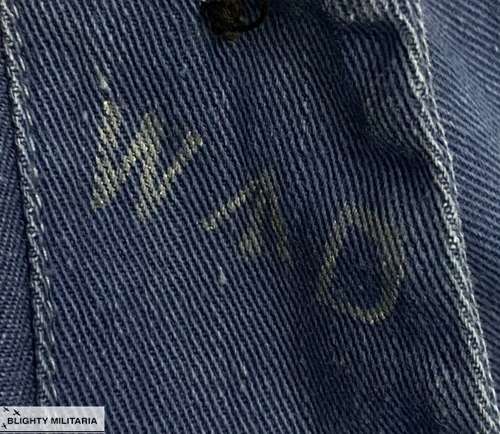 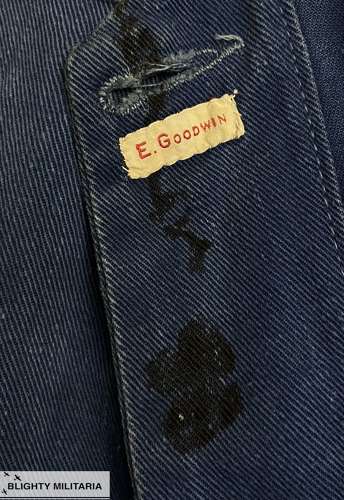 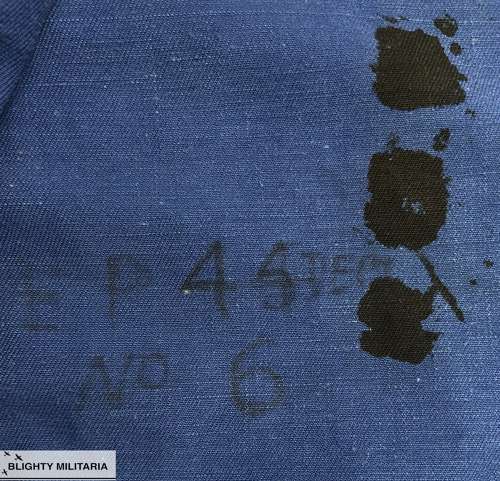 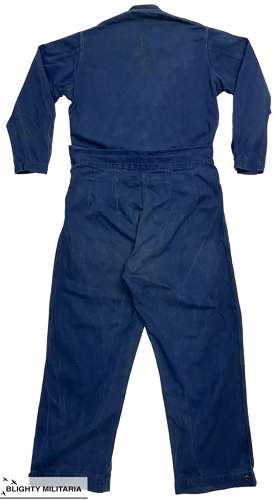 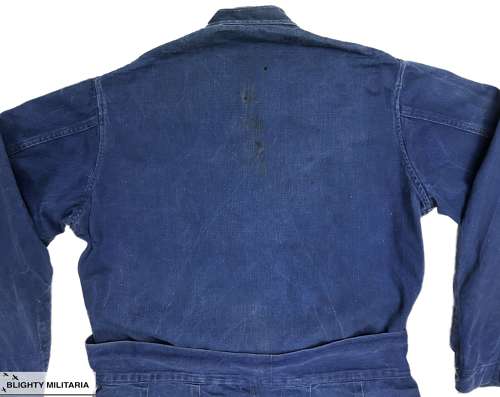 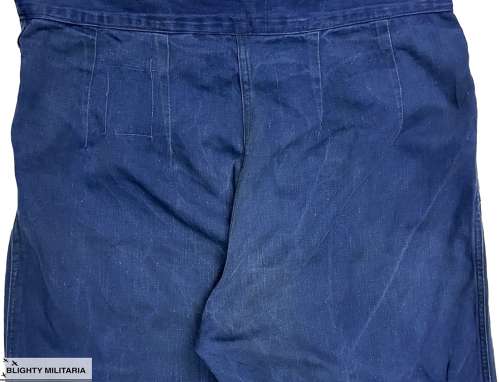 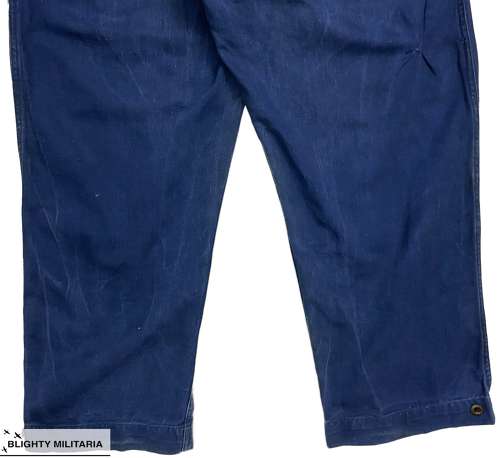 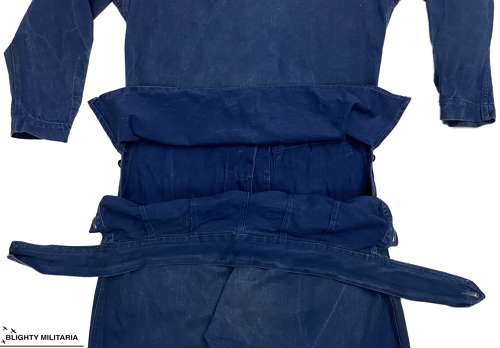 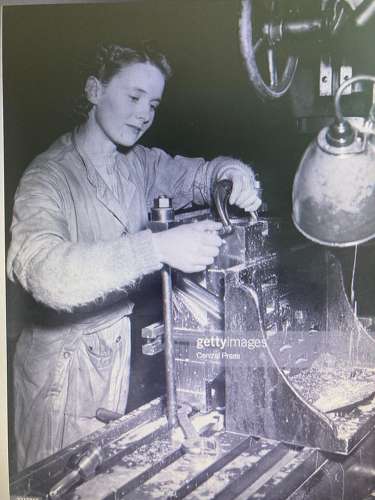 These overalls were worn by women working in factories throughout the Second World War. This particular pair are clearly an early war pair due to them having stamped brass buttons and a simple War Department acceptance stamp with no letter code - both features not seen after 1942.

The overalls are made from an indigo blue coloured cotton drill material and feature a mandarin collar, a detail typical of early British made overalls. A belt is fitted around the middle and fastens at the front, the back being attached to a large flay which folds down - sometimes referred to as an 'evacuation flap' and a detail seen on the British Army jungle tank suits developed later in the war. There is a side opening to each hip which fastens to this flap and a small patch pocket is fitted to the front below the belt. Tabs are located to the bottom of each leg which can be fastened tight around the wearer's ankle.

Inside the overalls is the War Department acceptance stamp which is marked in white. The original owner has also added a name tag which reads 'E. Goodwin' and some other writing has been added to the interior in black ink. There is also evidence to the rear of the coveralls of where a paper label was originally affixed to the exterior.

The overalls are in good condition with no serious damage or flaws. There are plenty of signs of wear and use which is to be expected from a piece of vintage 1940s workwear. On the whole they display very well and are still totally wearable, but please take time to study the pictures and bear in mind that they are a vintage, pre-worn item which may have small issues commensurate with age.

A very rare piece of wartime British workwear which have some fantastic details!