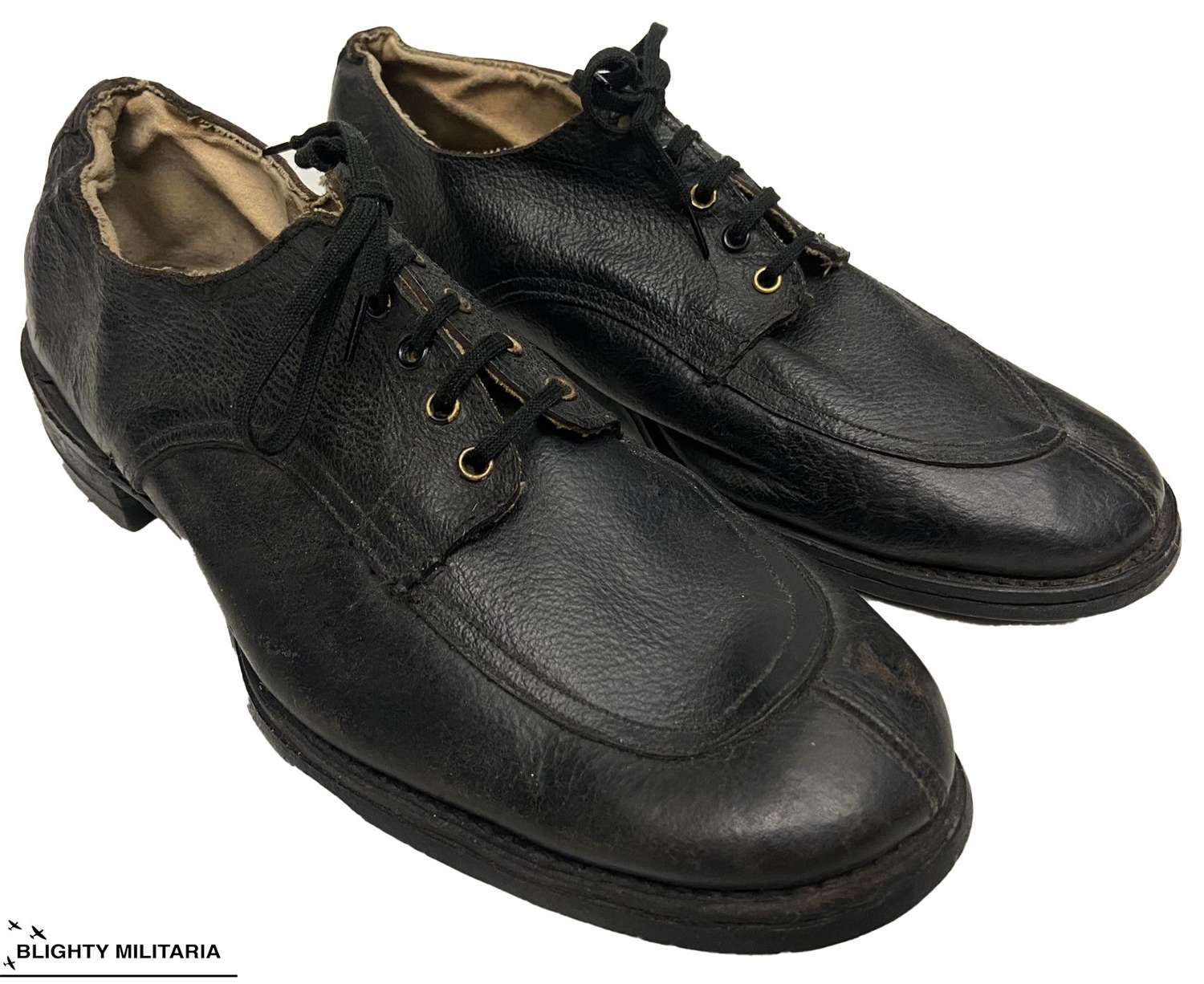 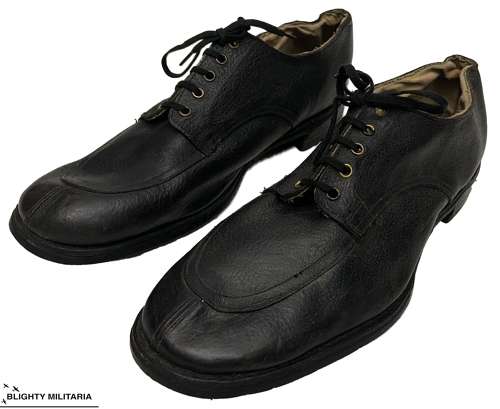 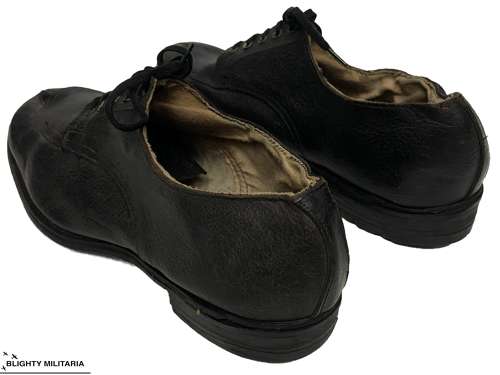 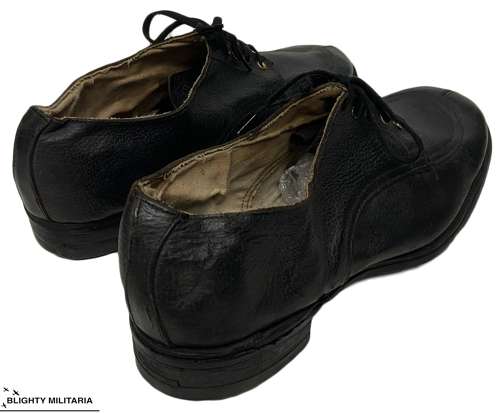 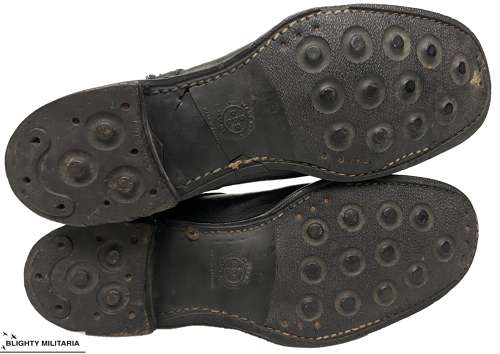 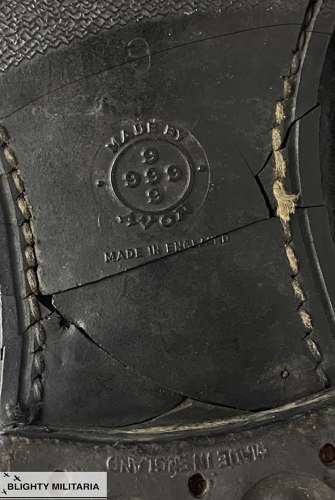 This pattern of shoes was worn by a number of women's service personnel during the Second World War, although these are rare as they feature a rubber sole. This would suggest they could be NFS but this sole was also used on RAF men's footwear in WW2.

The shoes feature a leather upper and an apron front toe, a common pattern for women's military shoes in this period. They feature five black painted metal eyelets and the aforementioned rubber soles as well as rubber heels.

The shoes are in poor condition and are only good for display. They are slightly mis-shapen in places and the soles have hardened and cracked in some areas, as illustrated in the pictures.

Whilst the shoes are no longer wearable, they are still a scarce pair of original WW2 period shoes which would make a good addition to a collection or a display.