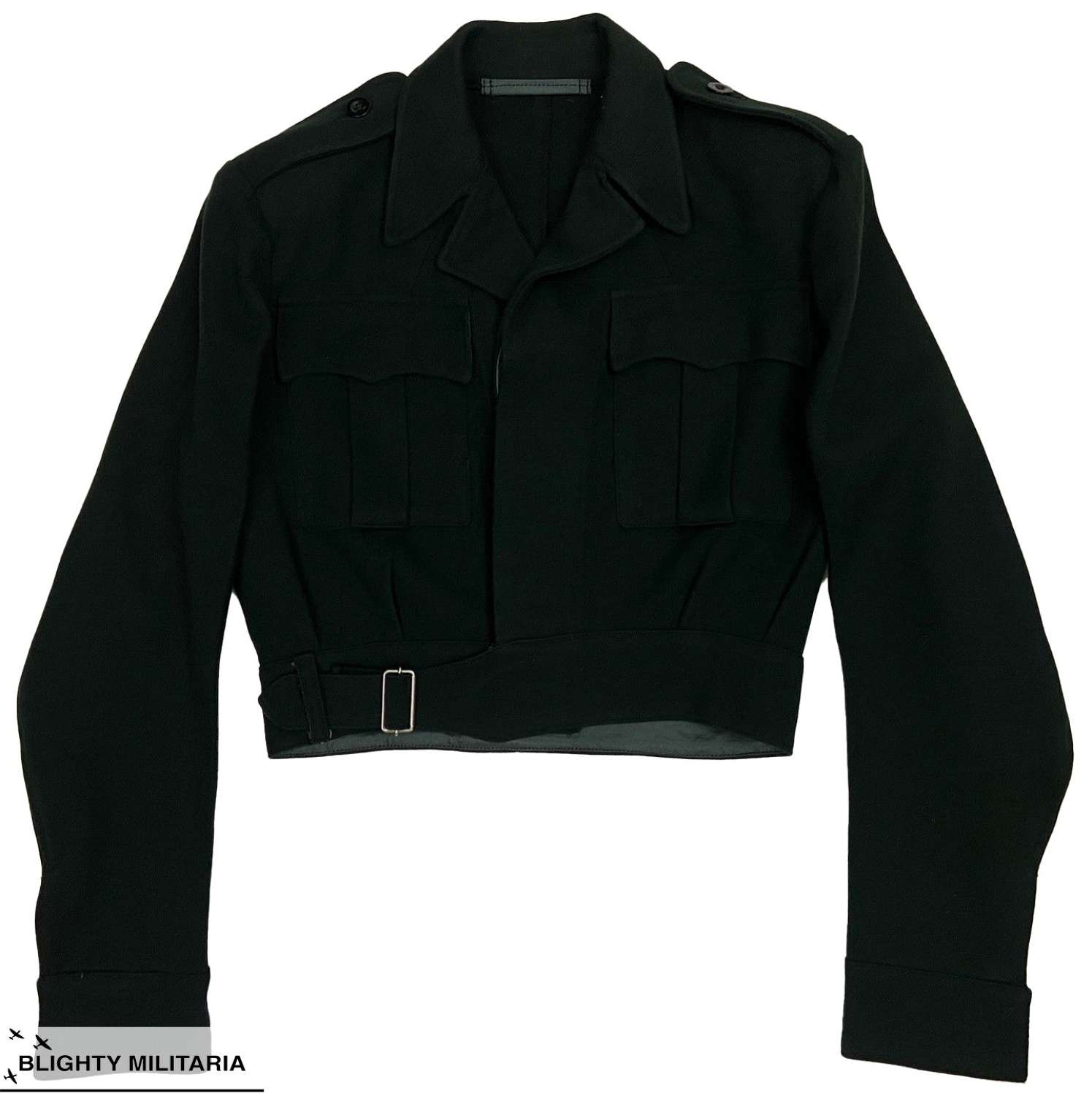 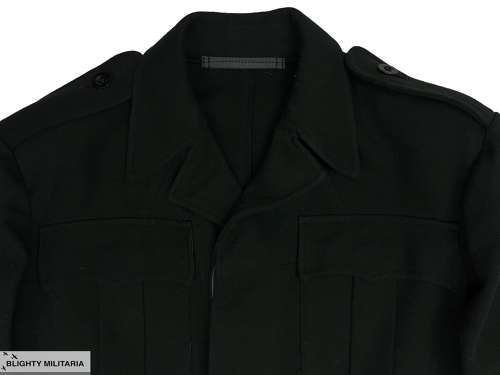 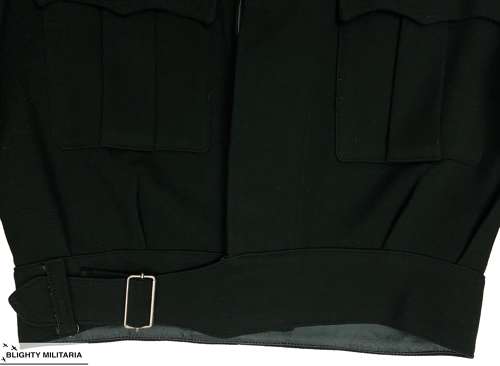 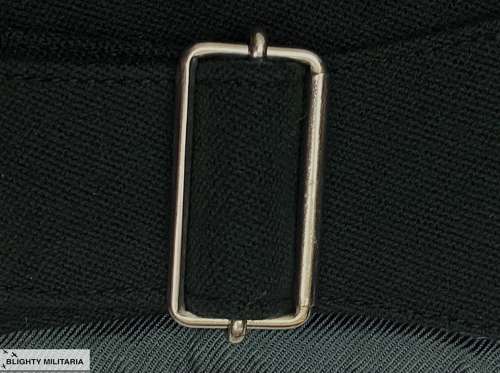 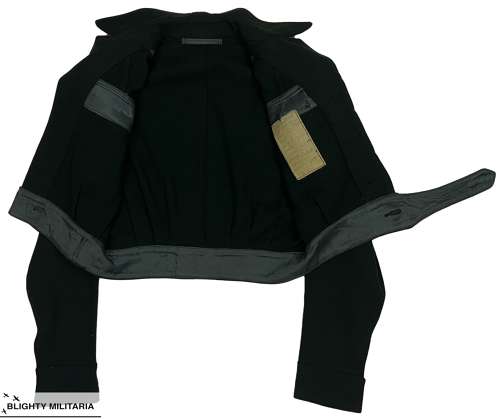 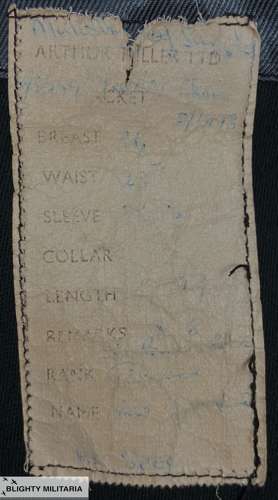 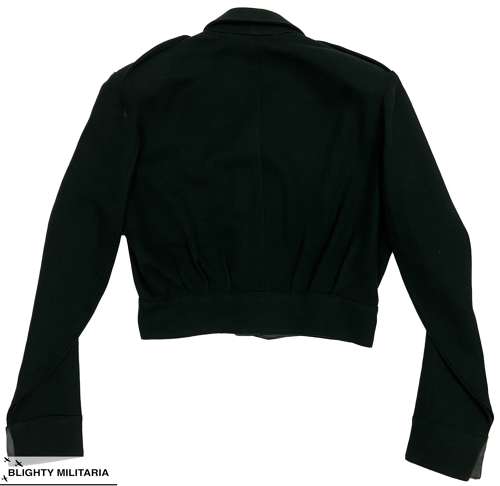 An extremely rare Ministry of Supply Car Service battledress jacket as worn by women drivers during the Second World War.

The Ministry of Supply Car Service is one of those oft overlooked bodies that served on the Home Front during the Second World War and many have never even heard of it. The Ministry of Supply was formed in 1939 to coordinate the supply of equipment to all three British armed forces and they had their own specific section of drivers which was staffed by women. They wore a rifle green coloured battle dress uniform which was different to anything else worn during WW2. They were based at Shell Mex House in the strand throughout the conflict.

The jacket is cut in a similar style as the ATS officers' battledress blouse and is made from a dark green coloured barathea wool. It features a polish collar, pleated patch pockets with scalloped pocket flaps, epaulettes and a waist belt which fastens with an early war pattern wire buckle which is chromium plated.

The interior of the jacket features some partial lining which is made from a silver-grey coloured rayon. There is also a hanging loop, located at the neck, which is made from the same material. The original paper label is present to the interior and is typical of early war items. It features the maker's name at the top which reads 'Arthur Miller' below which is the word 'Jacket'. Various details have been added in ink, many pertaining to size. Across the top of the label 'Ministry of Supply' has been written in ink.

The jacket is in excellent condition as can be seen in the pictures. There are no real signs of wear and use and there are no serious flaws or damage. It displays extremely well for a vintage item.

A very rare piece of Home Front uniform, no doubt missing from many collections!