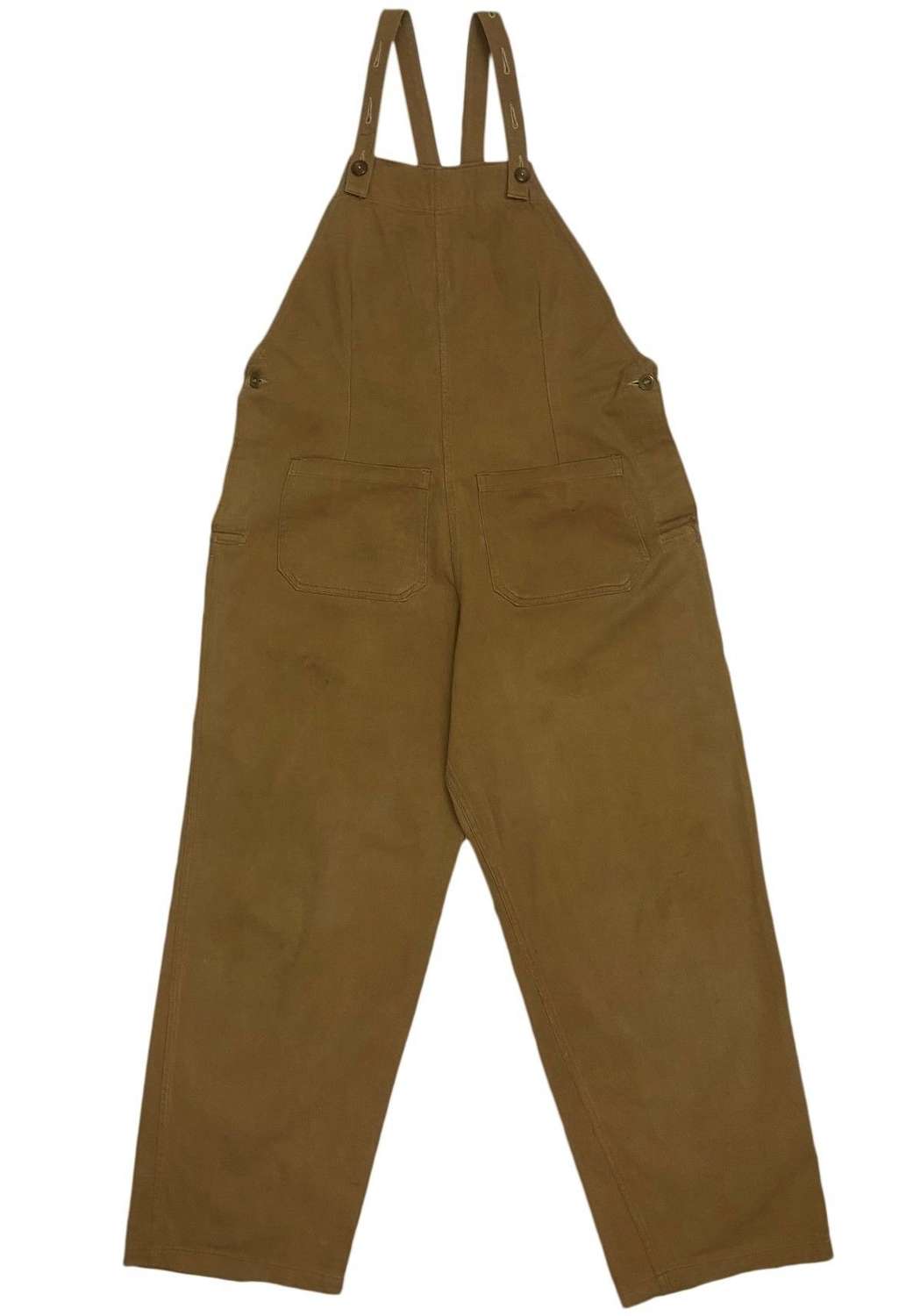 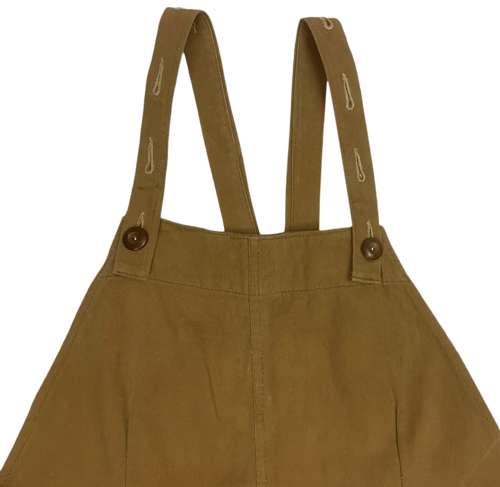 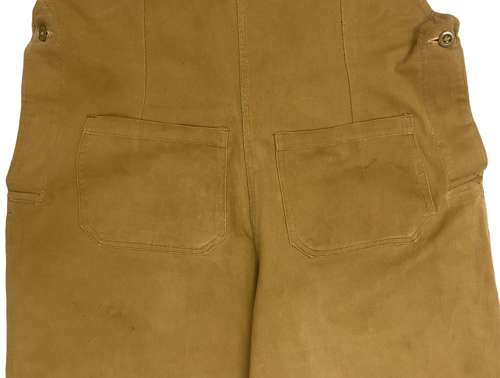 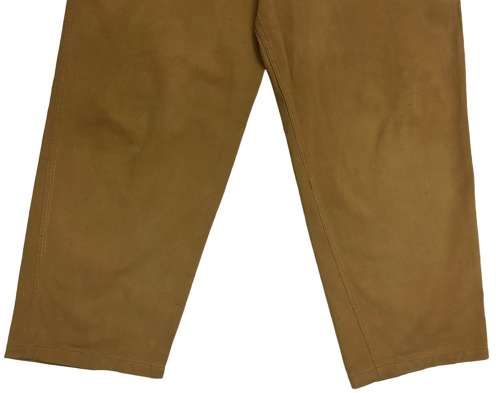 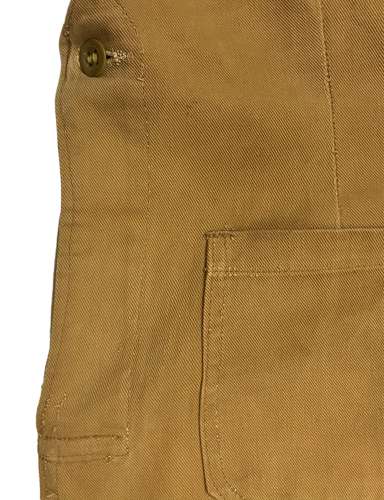 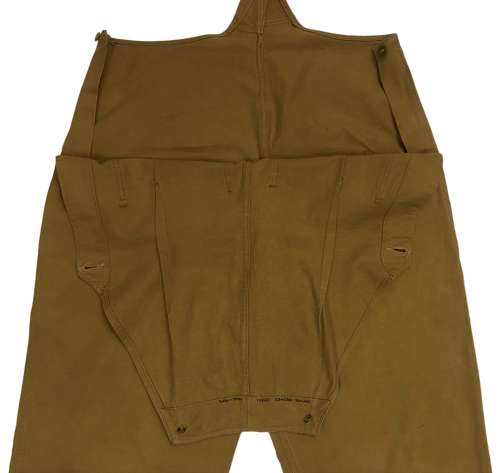 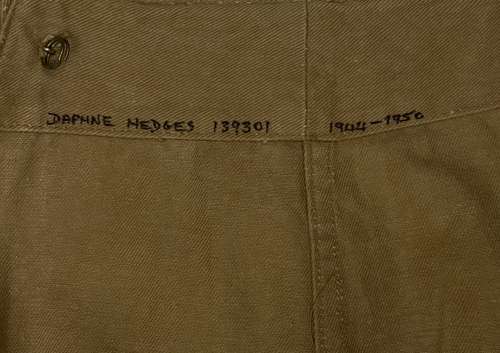 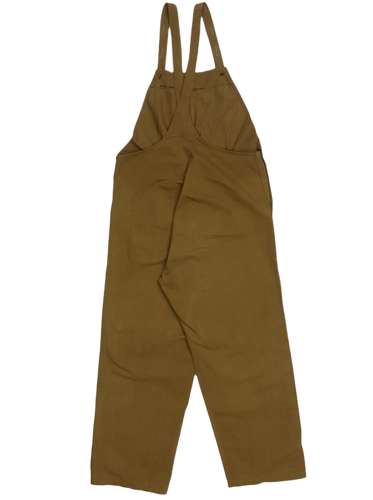 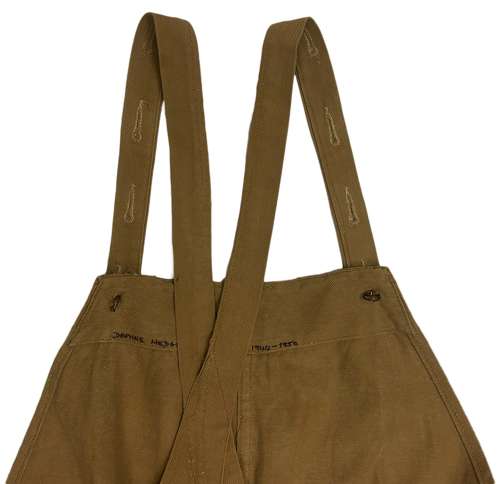 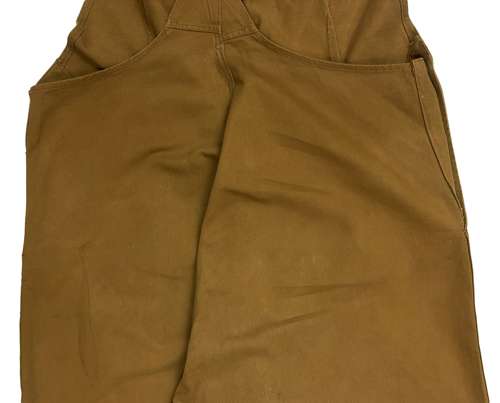 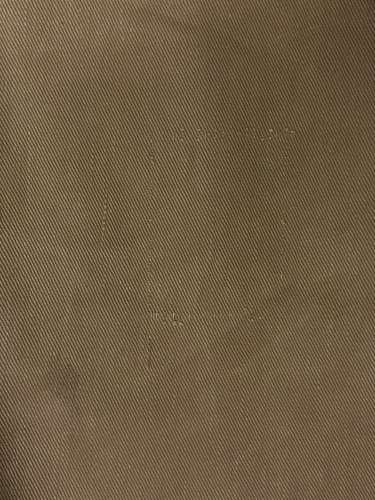 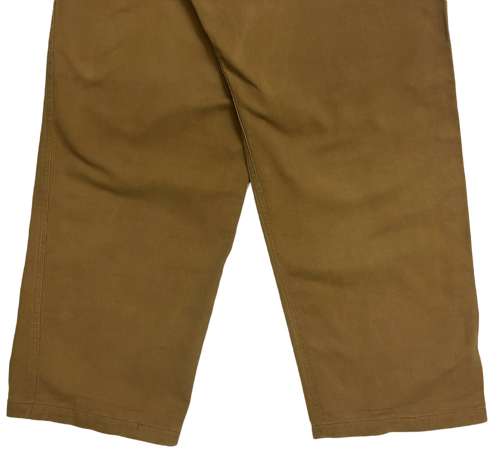 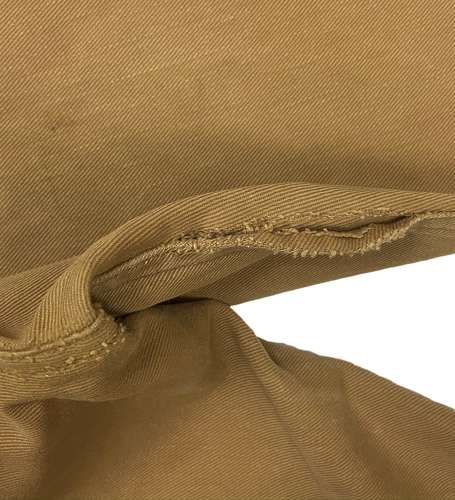 An original pair of Women's Land Army Dungarees dating from the Second World War and in good condition.

These dungaree overalls were issued as part of the standard WLA uniform and are now synonymous with the organization. Made from a tan coloured cotton drill, the overalls are cut in a typical bib and brace style which was popular during this period. Straps hold the dungarees over the wearer's shoulders and have button holes to allow for adjustment. They fasten with removable revolving shank buttons as were often used for workwear in this period. The overalls fasten at the side with a green plastic button and two patch pockets are located to the front.

To the rear of the overalls is clear evidence of where the original issue label was originally affixed. Sadly it is no longer present but there is a clear outline of stitching where it once was. There are no other markings to the overalls but the original owner has marked her name and number to the interior in ink which reads 'Daphne Hedges 139301'. She has also included the years she was in service as 1944 - 1950.

The overalls are a small to medium size. They are designed to be worn over clothing allowing for plenty of free movement. When laid flat they measure -

The overalls are in very good condition with only limited signs of wear and use. There is some slight loss of stitching to the inside leg near the crotch although this is only one layer of stitching so is not a hole. There are some light marks and signs of washing but all in all, they display very well and would be wearable.

A rare piece of WW2 Home Front uniform in great condition and complete with history.