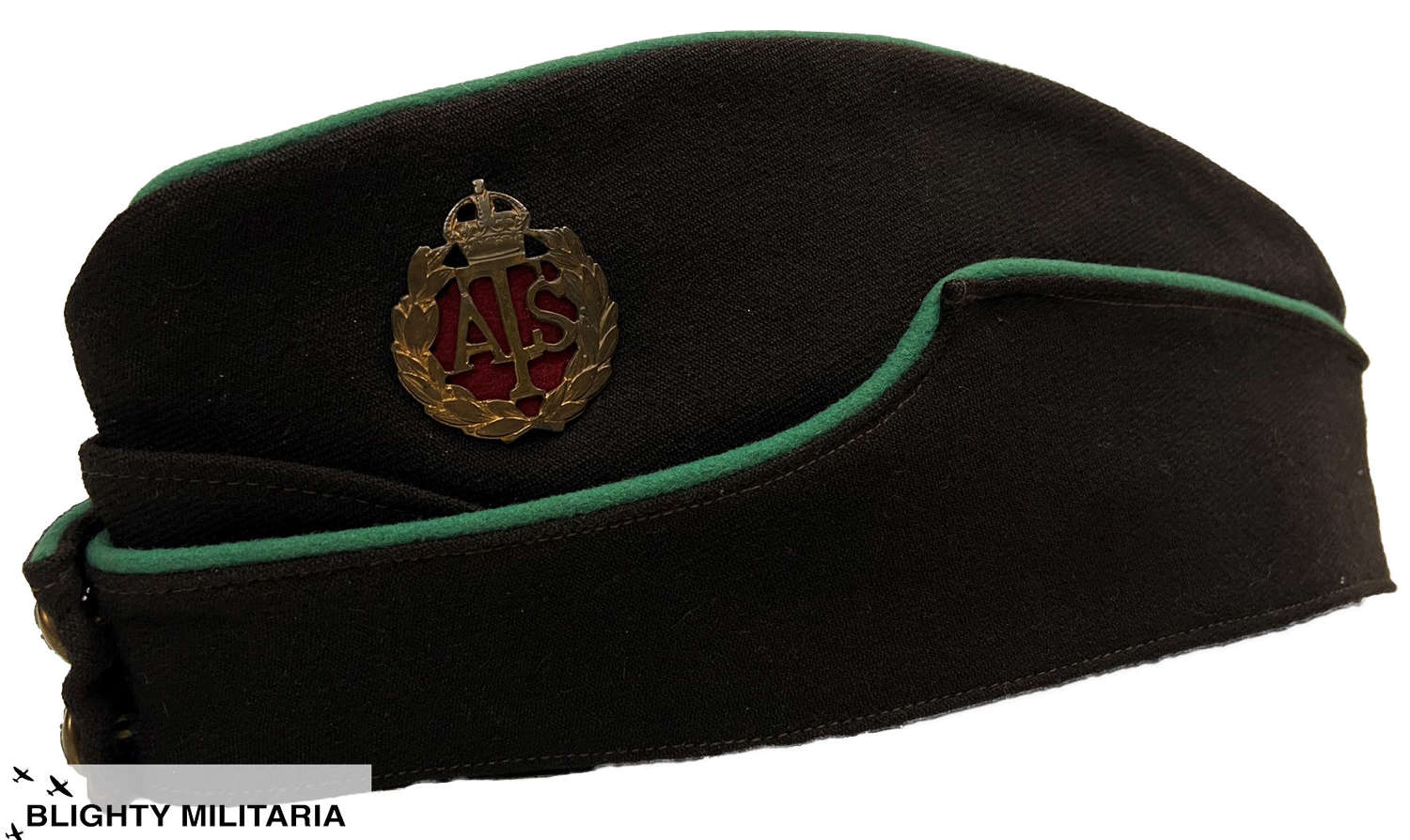 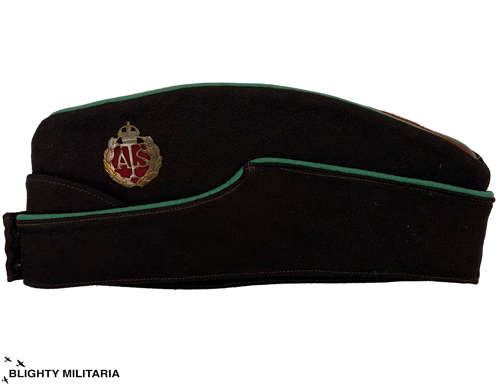 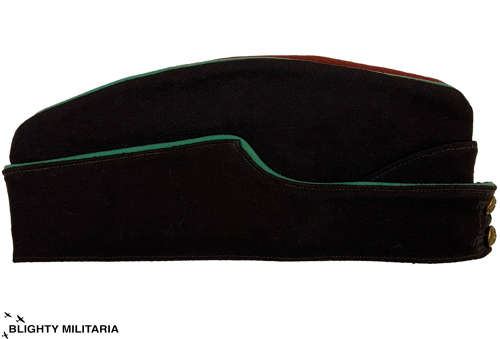 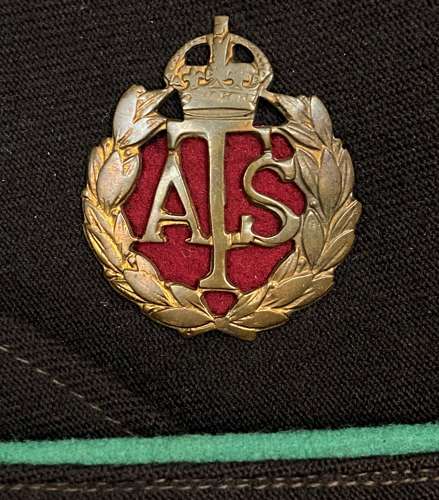 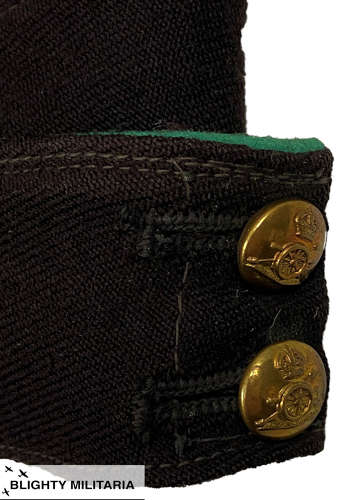 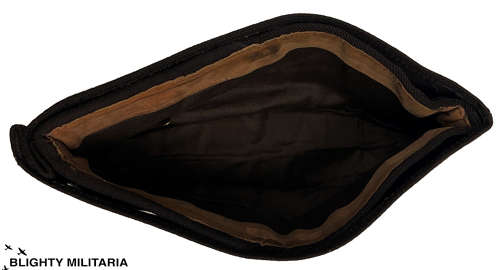 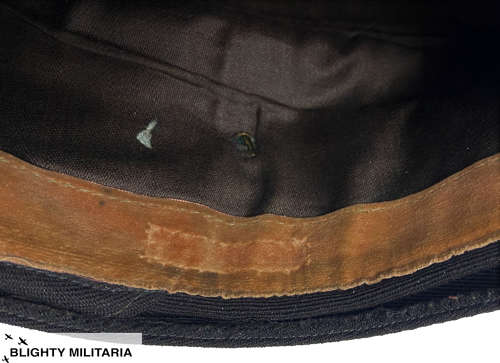 An original Auxiliary Territorial Service Field Service coloured side cap dating from the Second World War and in good condition.

This pattern of cap was worn throughout WW2 as an alternative to the ski cap. The body of the hat is made from a brown coloured wool whilst the inside of the crown is orange. Blue piping is also present and interestingly, the cap has been fitted with Royal Artillery buttons to the front which would suggest the original owner was attached to an RA unit. The cap is fitted with a brass ATS cap badge which has a red backing which is a nice detail.

The interior of the cap is lined and features a suede headband. There is evidence of where a name tag was previously fitted to this although it has since been removed.

The opening of the cap measures at 10 1/4" when laid flat so will fit approximately a size 7 head.

The hat is in good condition as can be seen in the pictures. There are some limited signs of wear and age but overall it displays very well indeed.

A nice original cap with some great period details!