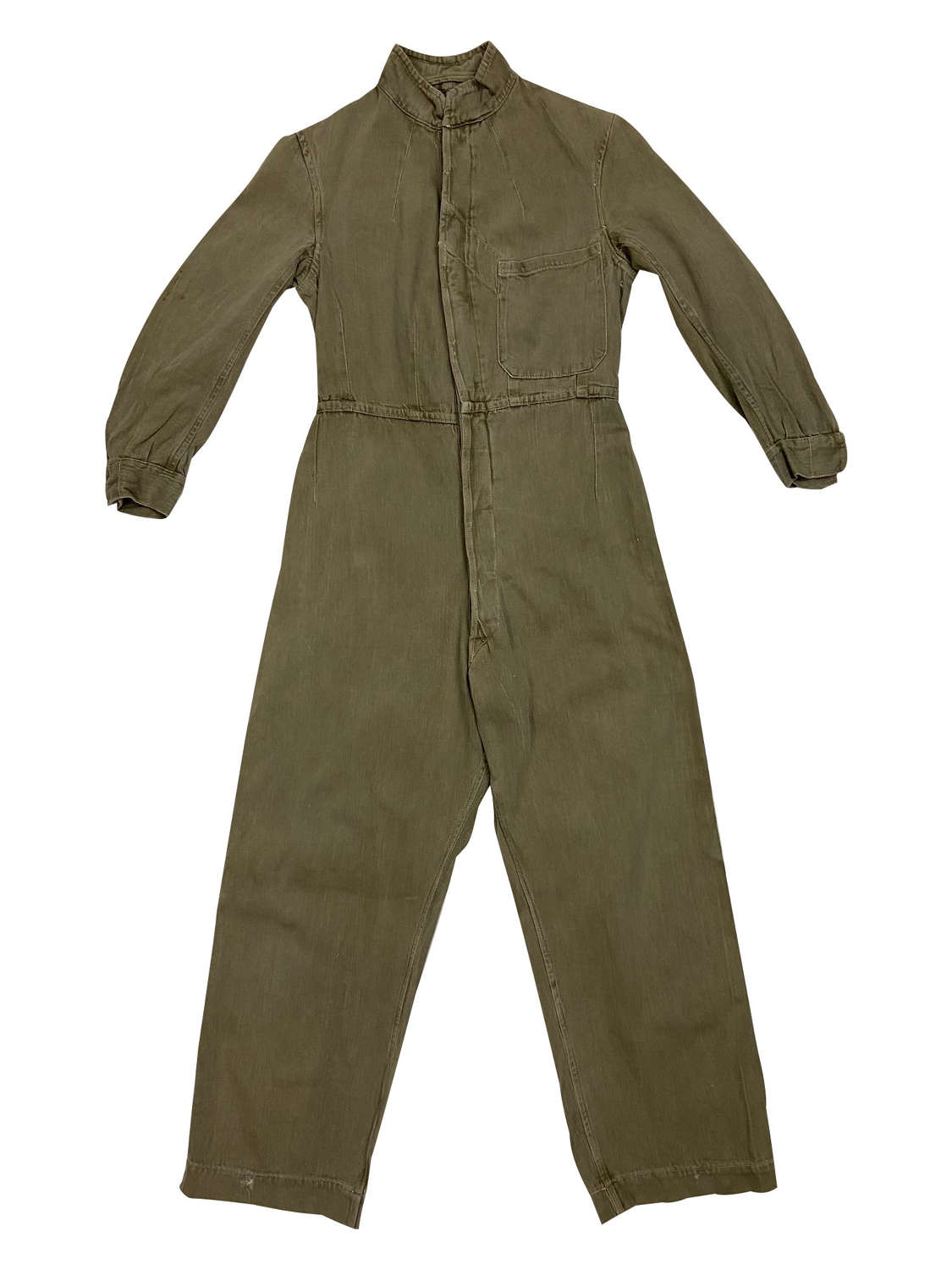 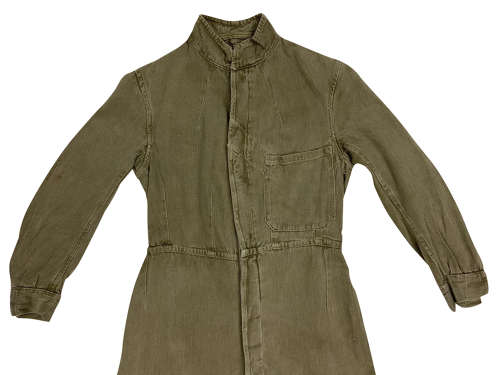 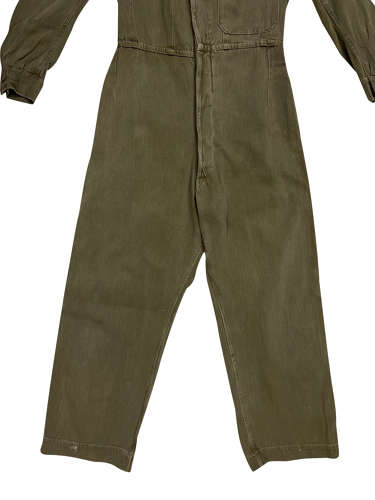 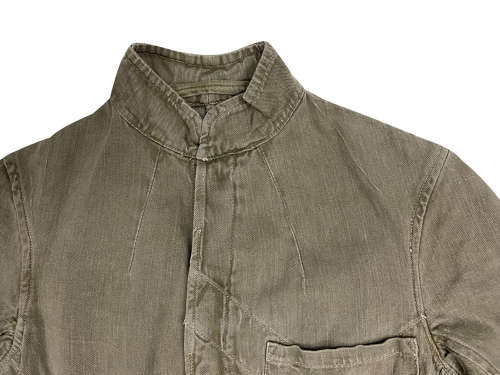 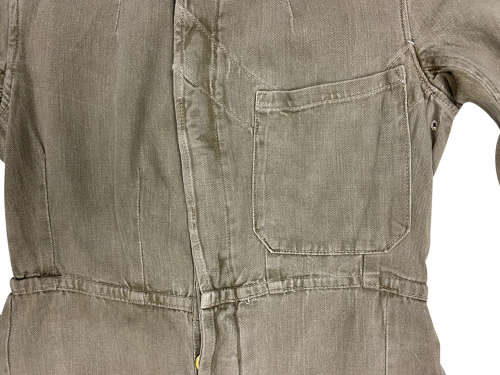 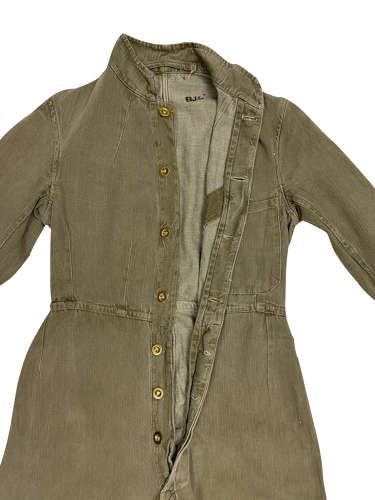 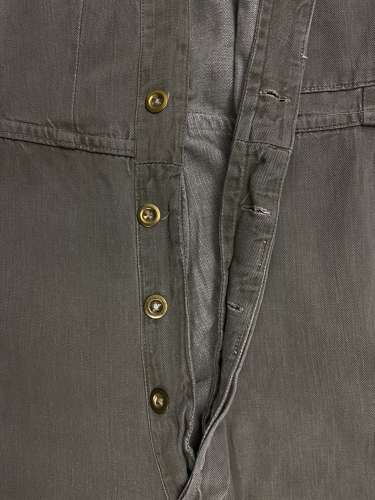 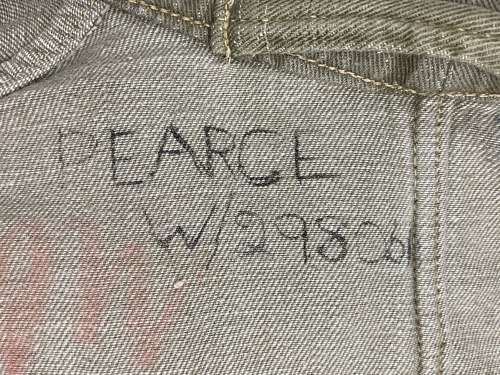 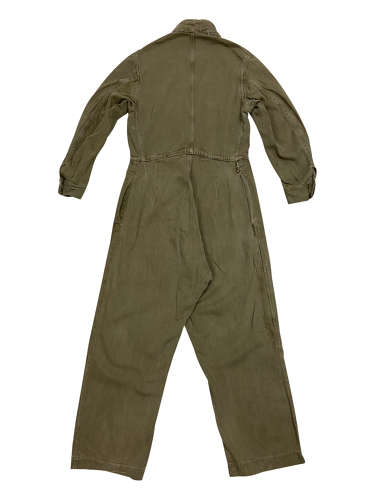 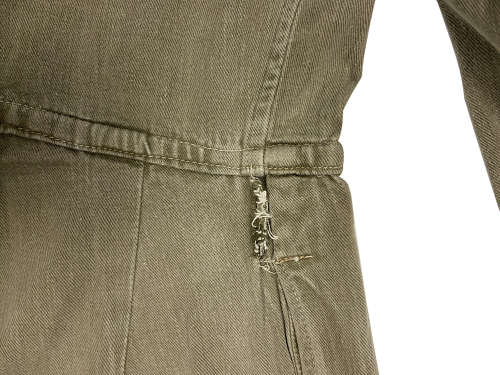 This pattern of coveralls came into issue with the ATS in the early part of the Second World War and were officially designated 'Overalls, Combination, Denim, ATS'. Made from the same green denim material as the mens two piece denims and tank suit; these overalls feature a patch pocket to the right breast, slash pockets to the hips and a stand collar - typical of overall made in the first half of the 20th century. The front fastens with stamped brass buttons as are commonly seen on British military items of the period and helps date the item to approximately 1941-43.

The original owner has marked her name and number in ink to the interior which reads 'Pearce W/298061'. She has removed the rear cinch-belt as can be seen in the pictures.

The suit is a smaller size and when laid flat measures -

The coveralls are in good condition as can be seen in the pictures and display well. They have clearly been issued and worn but have no serious flaws and are still very wearable. They are however vintage overalls so may have other small issues commensurate with their age.