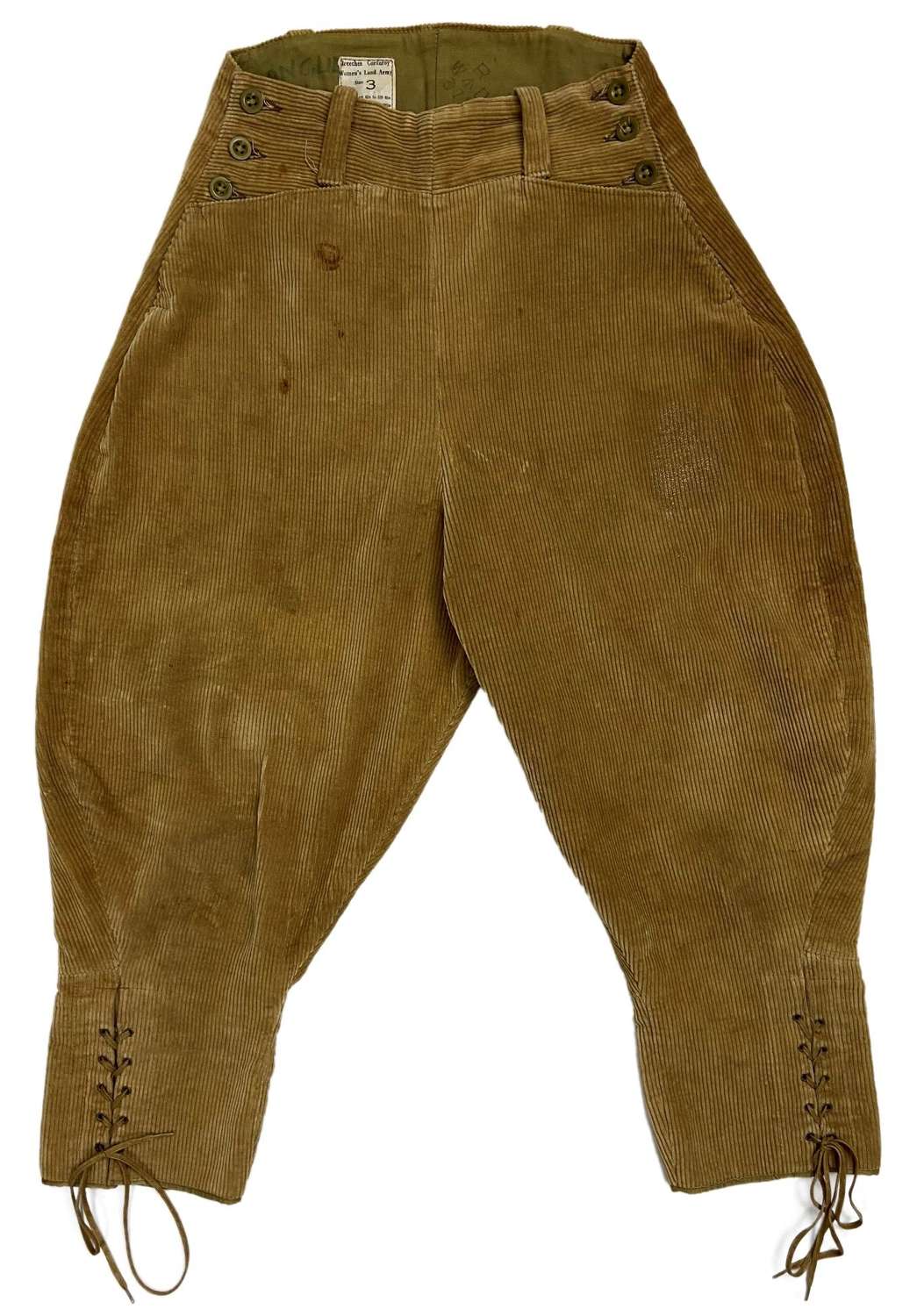 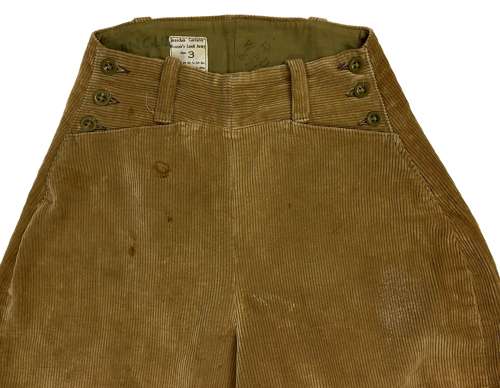 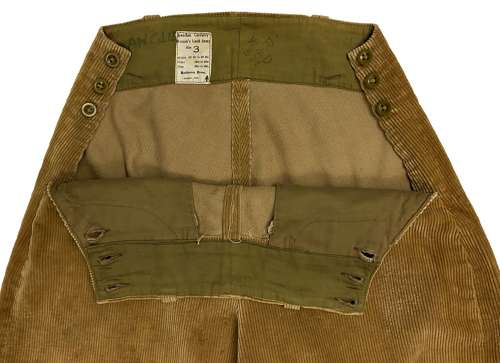 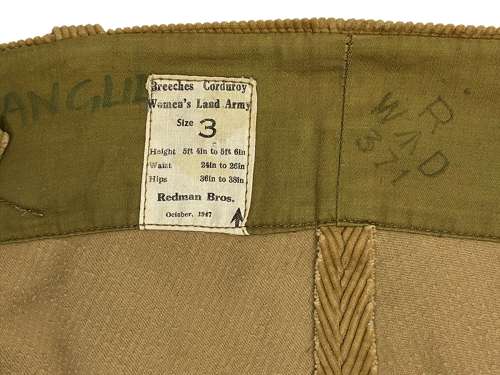 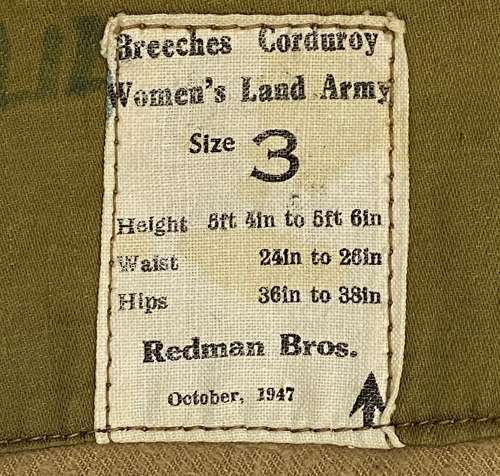 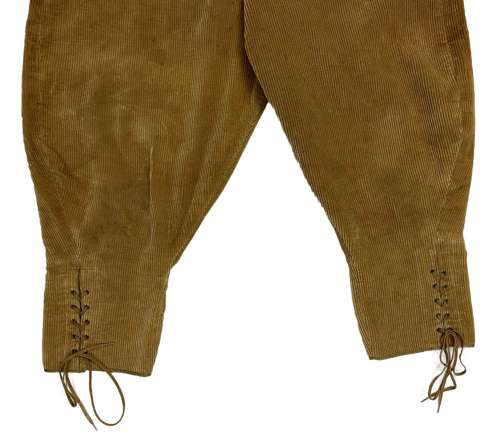 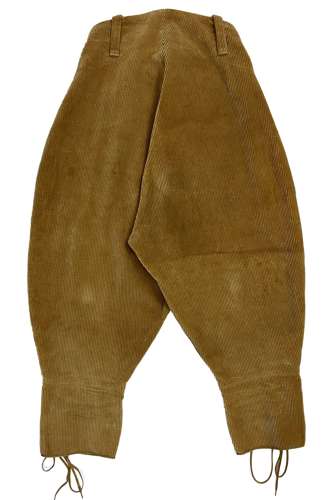 An original pair of 'Breeches, Corduroy Women's Land Army' made by ‘Redman Bros Ltd’ and dated 1947.

The breeches are one of the most iconic parts of the WLA uniform and this particular pair have a great worn in ‘been there’ patina. The breeches feature a side buttoning closure as was standard on womenswear of the period. Three green plastic buttons are in place to fasten them closed and are clearly original to the garment. The breeches close around the calf with laces as is standard for this pattern. Whilst dated 1947 they are identical to those made and worn during the war.

The original issue label is still present inside the waistband of the breeches and is still bright and legible. It states the size as No. 3 and bears the War Department broad arrow stamp as well as the 1947 date.

The breeches are in reasonable condition but have clearly seen some use. There is some staining as can be seen in the pictures but overall they look to be very wearable. Please take time to study the pictures before purchasing.

Overall a nice original pair of wartime period WLA breeches which would make a good addition to any home front collection.