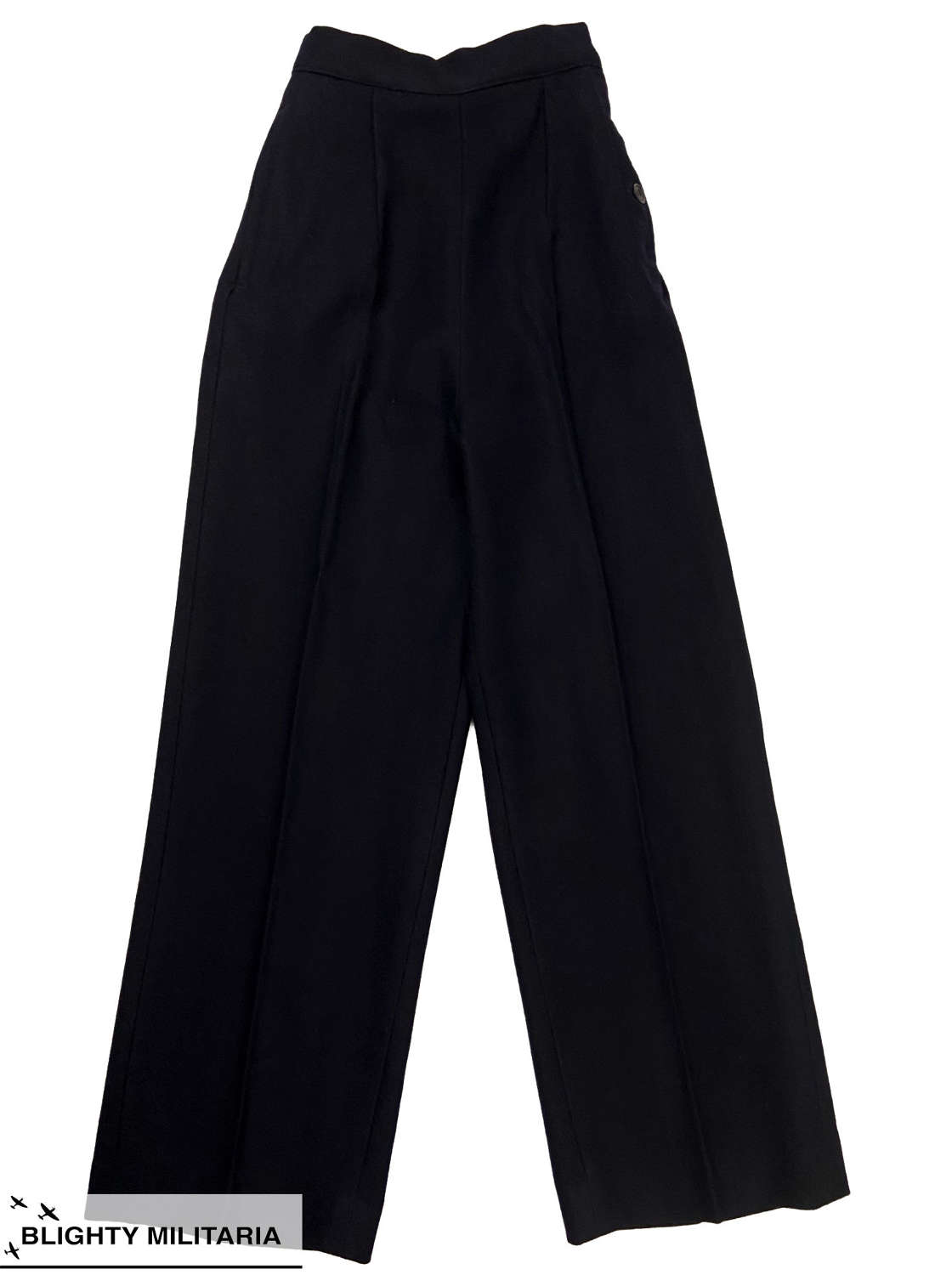 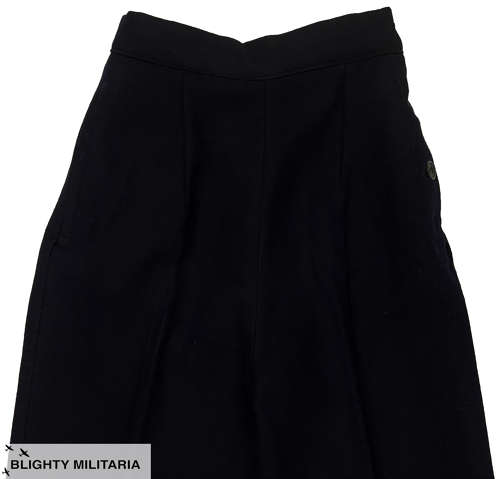 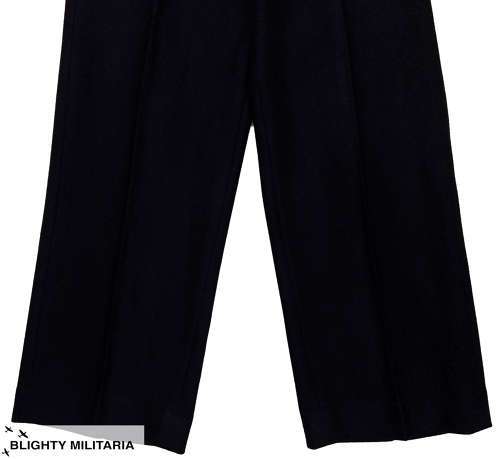 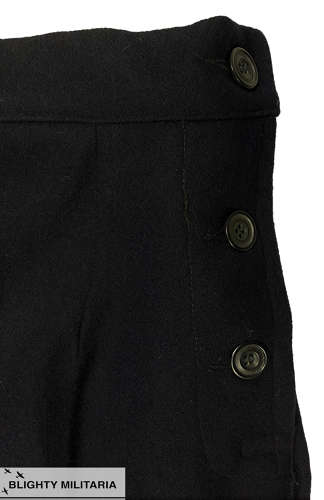 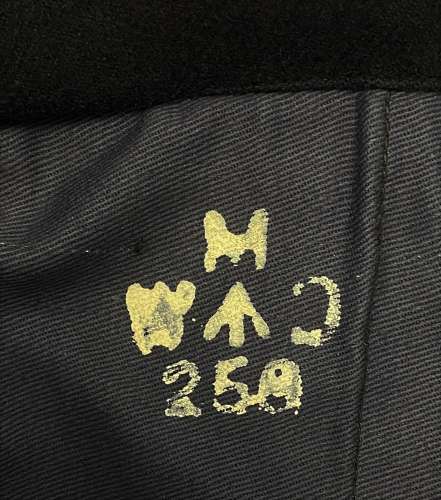 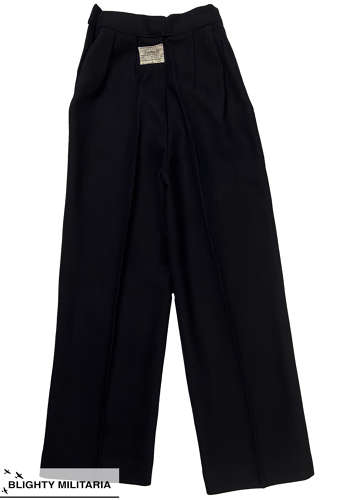 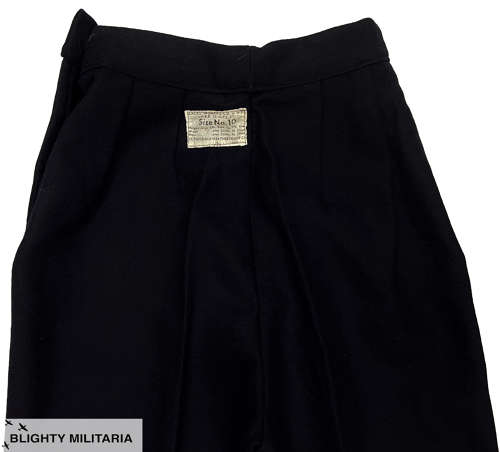 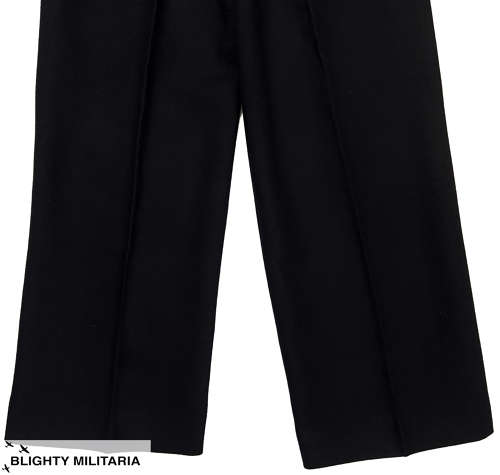 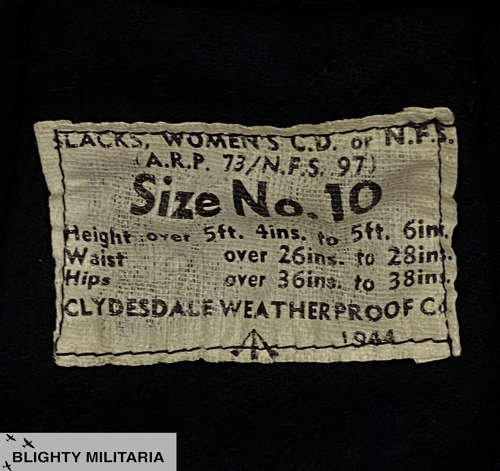 A scarce original pair of Women's A.R.P. 73 Slacks dating from 1944 and in good condition.

This pattern of trousers was introduced in the early part of the Second World War and was worn with the A.R.P 71 tunic. Made from the same dark coloured wool serge as the tunic, the trousers are cut in a typical fashion for women's military trousers during this period and are very similar to those worn by the ATS and the WAAF. They feature a high rise waist, wide leg and side closure which fastens with buttons. They feature a single pocket which is dale Weatehrmade from an indigo blue cotton drill and bears the War Department acceptance stamp. This is surmounted by the letter 'M' which denotes the year of issue as 1944.

The original label is still present to the rear of the trousers and is bright and legible. It bears the title 'Slacks, Women's C.D> or N.F.S.(A.R.P. 73 / N.F.S.s 97)' and states the size as No. 10. The makers name of 'Clydesdale Weatherproof Co' is also present is the 1944 date and the War Department broad arrow marking.

The trousers are a small size and measure smaller than the size stated on the label. They don't appear to have been altered and if they have been it has been expertly carried out with no signs of where it has been done! There is 3" of excess material left meaning the trousers could be let out to a larger size. When laid flat they measure -

The trousers are in excellent condition with no signs of use and no damage whatsoever. They are an extremely clean example which would be very hard to better.

A rare pair of wartime women's trousers which would make a fantastic addition to any collection!