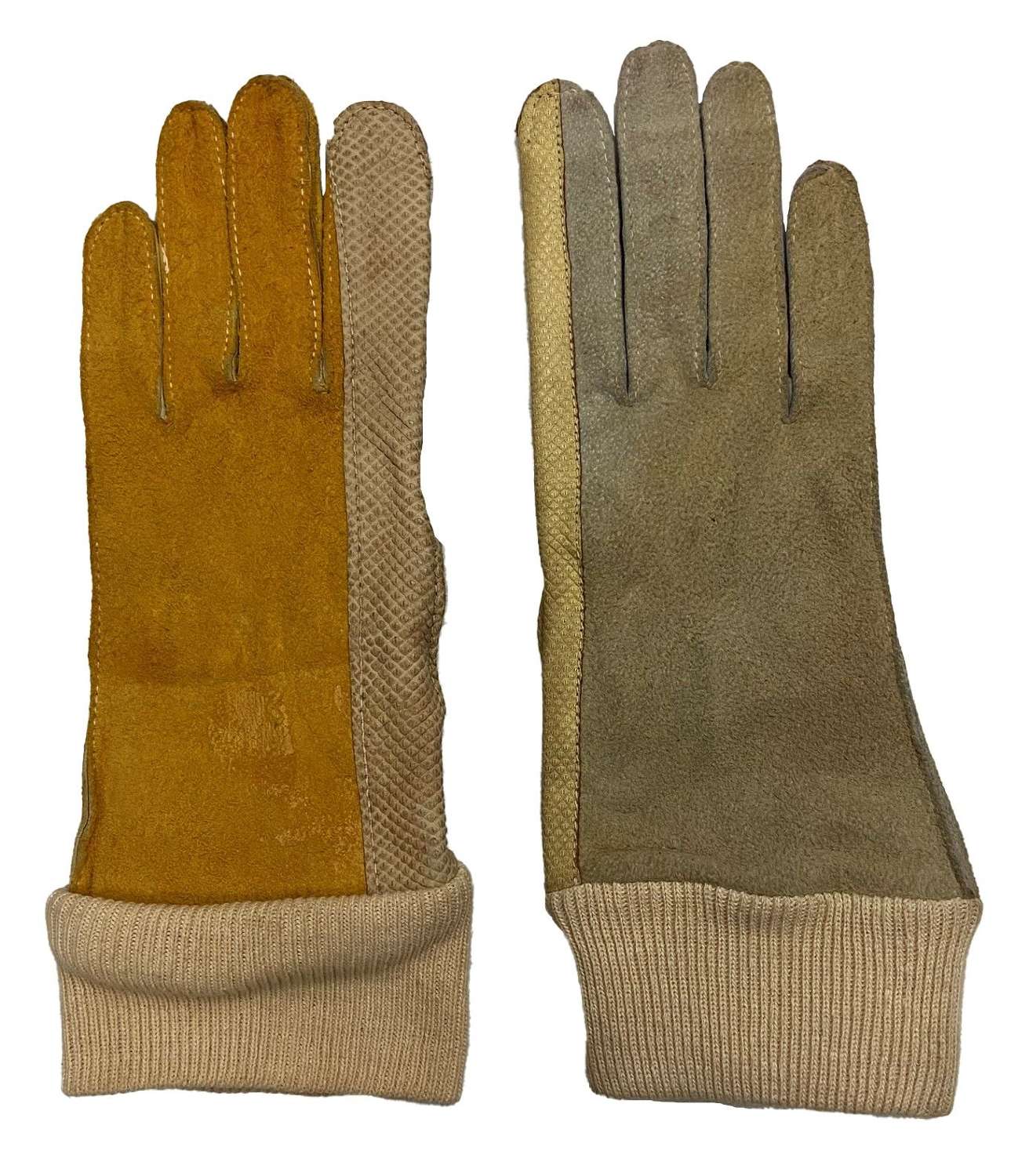 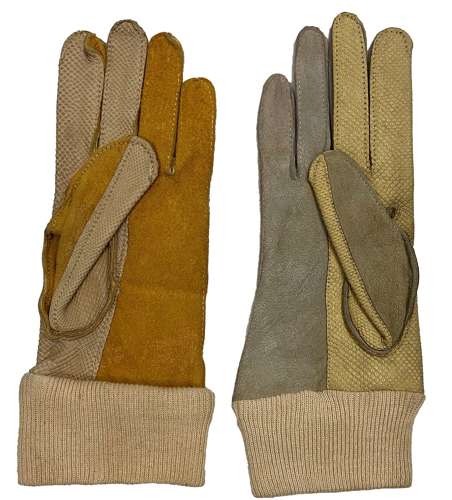 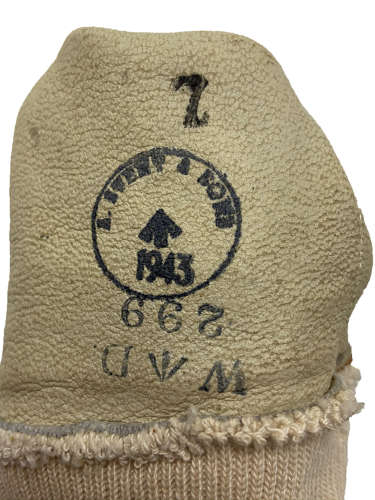 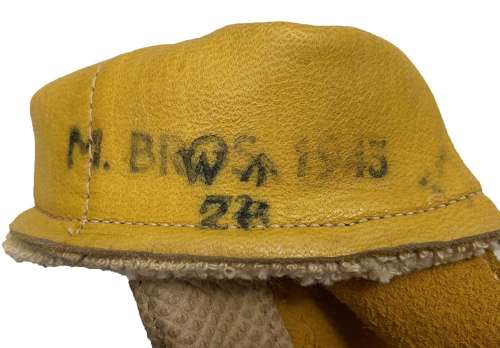 An original pair of 1943 dated women's gloves in un-issued condition.

These gloves were made in two separate factories as was standard during the war as a means to stop thieves (a reflection of what the powers of be thought of the working classes!). Both are dated 1943 and feature the War Department broad arrow marking. One is also marked '7' which denotes the size.

Due to being made in different factories the leather used is different colours - one is yellow and the other grey. Both gloves feature a knitted cuff and there is a reinforced portion to both.

The gloves are in very good condition with only limited signs of age. They do not appear to have been worn or issued but please study the pictures.

A rare pair of gloves which would make a great addition to any collection!