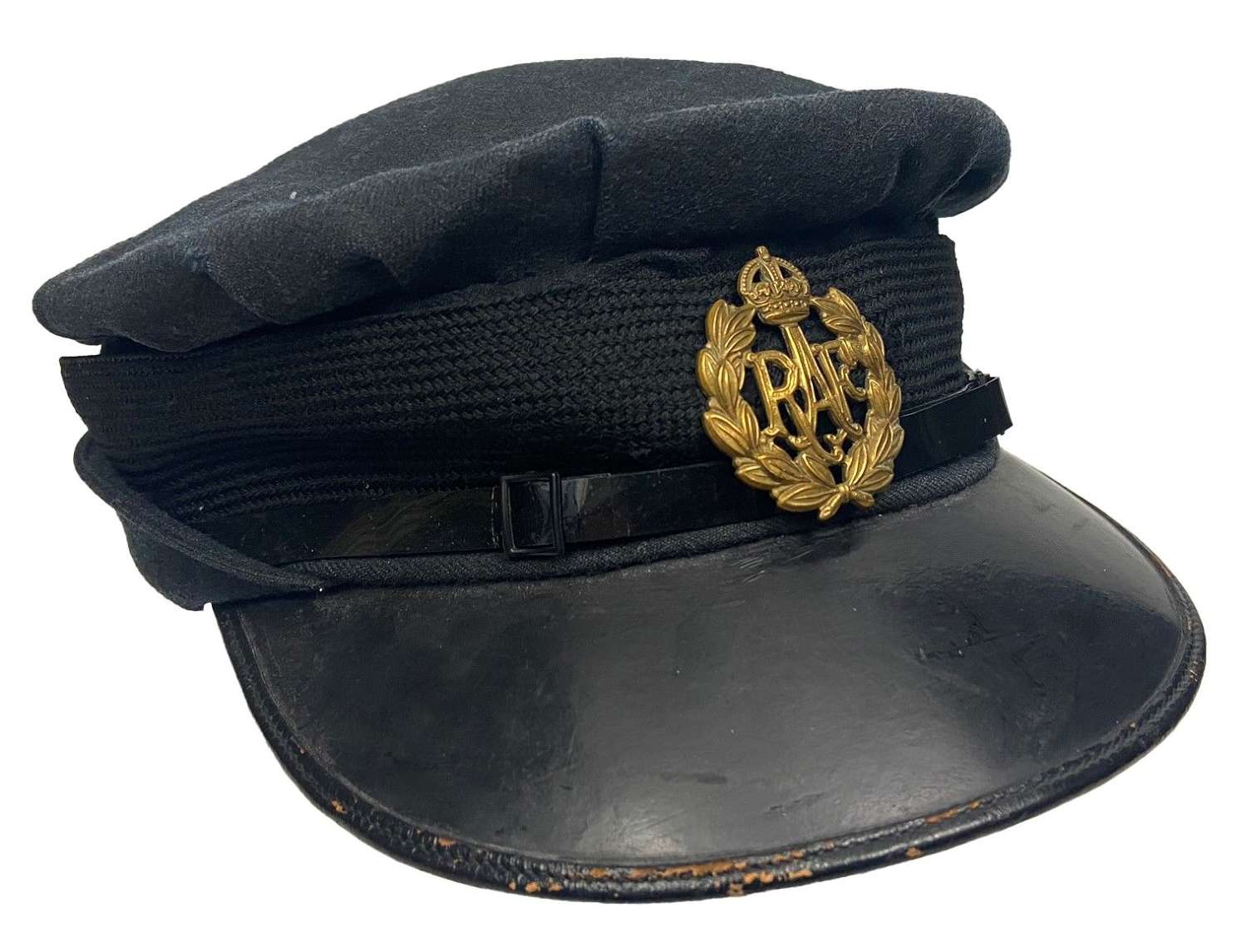 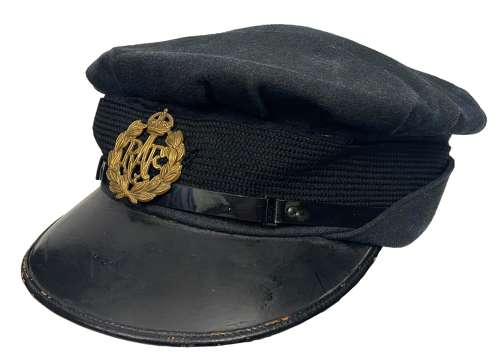 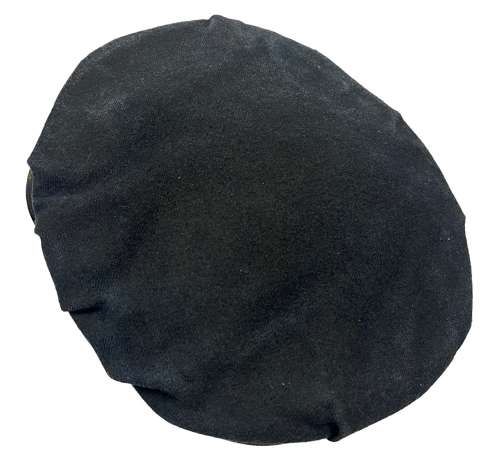 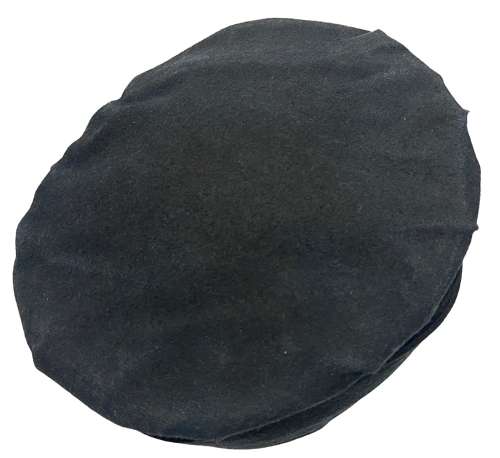 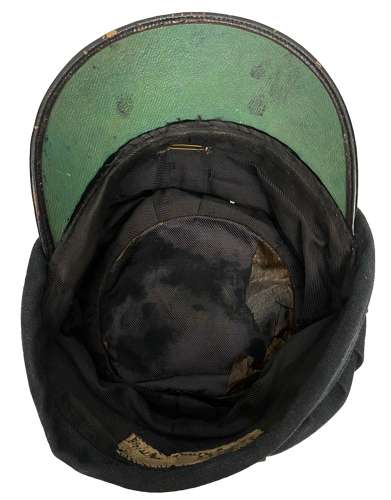 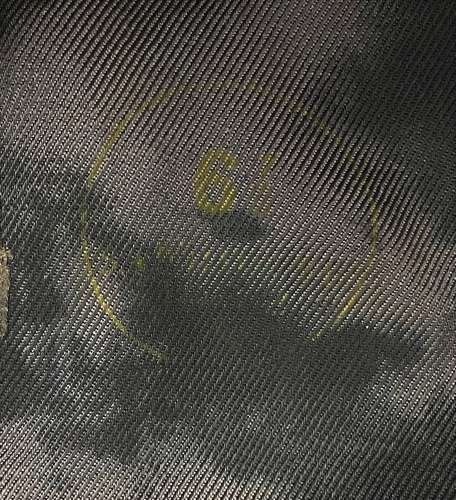 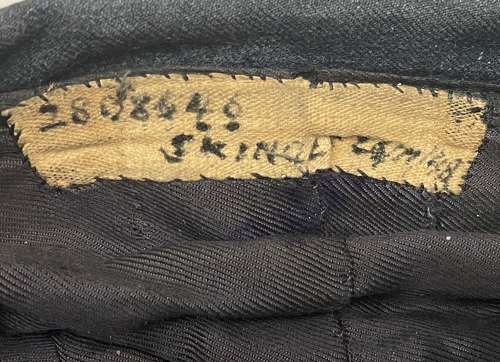 This pattern of cap was based on the ATS pattern and saw issue throughout the Second World War. It features an RAF blue grey coloured wool crown, black patent leather peak with green underside and a rayon lining. A black mohair band is fitted around the circumference of the hat through which a brass King's crown RAF cap badge is fitted. The black patent chin strap appears to be a replacement and is tacked in place rather than secured with buttons.

Inside the cap the original manufacturer's marking can still be seen and takes the form of a yellow circle. The 1942 date can just be made out towards the bottom and the size of 6 7/8 is also visible. The original owner has added a name tag which bears her name and number which may provide scope for further research.

The cap is in worn, salty condition and clearly saw plenty of action during the war. The serge top is faded and worn down and the peak shows signs of use and age. Overall it is a solid cap and has am authentic, 'been there' look to it.

A nice original wartime cap which would make a good addition to any wartime collection.