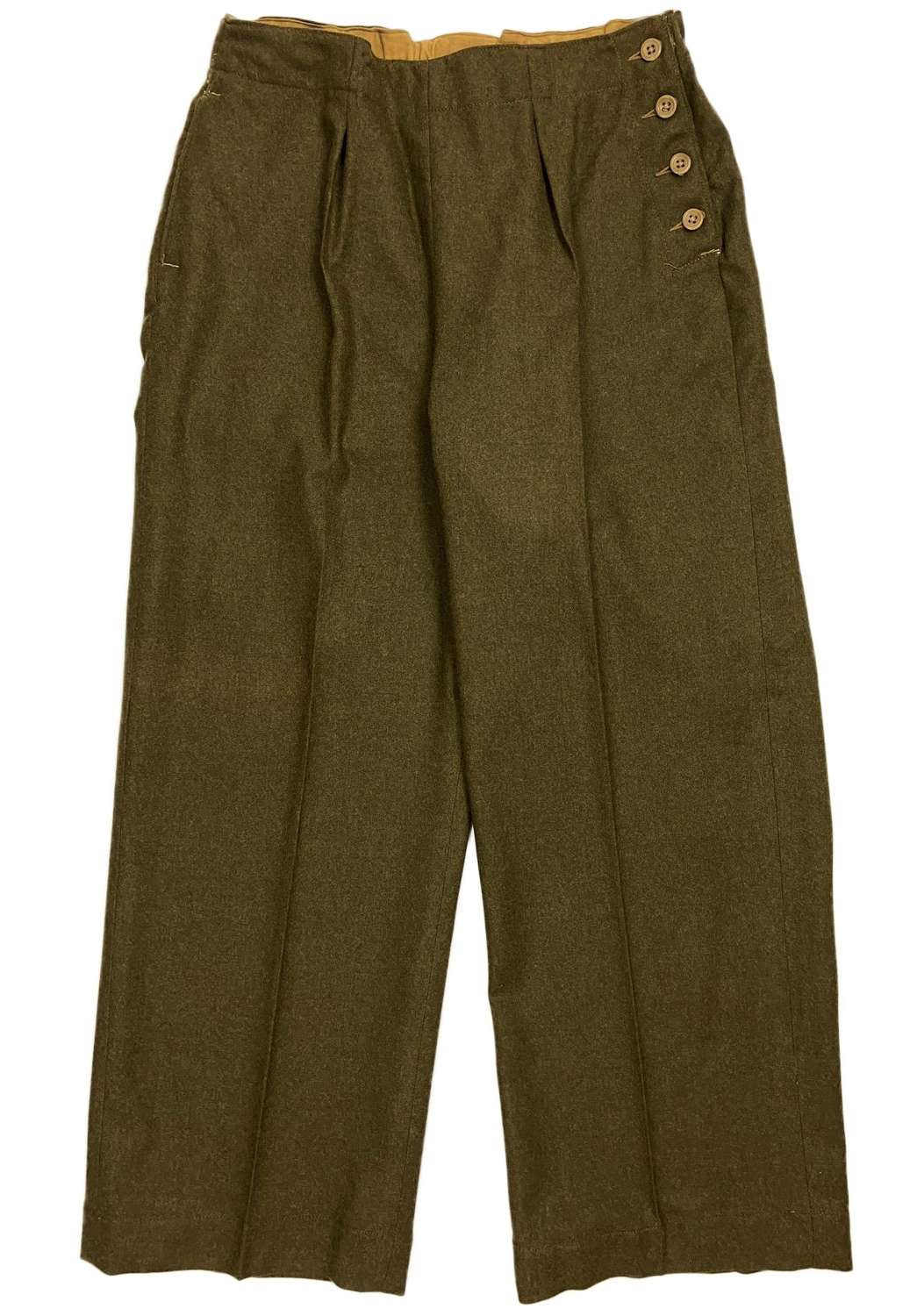 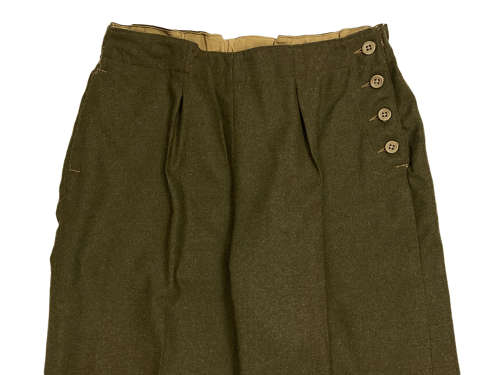 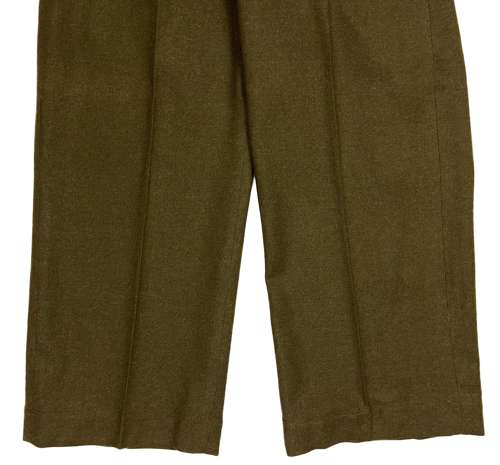 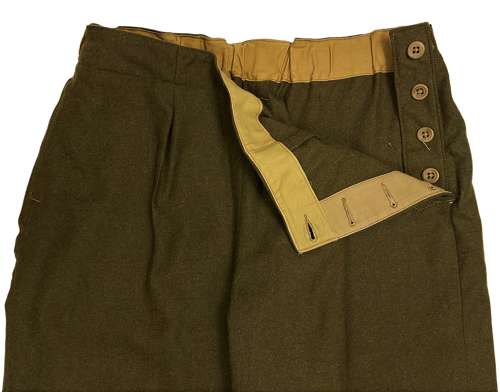 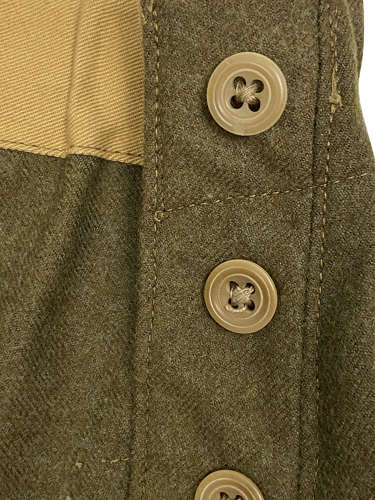 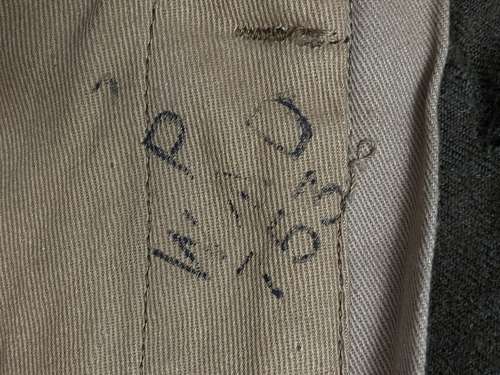 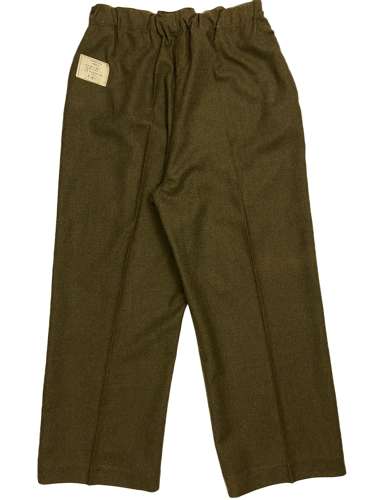 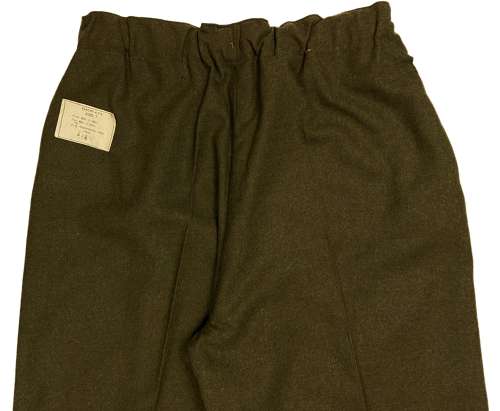 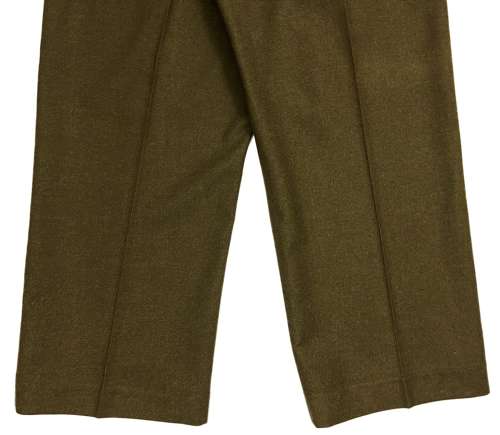 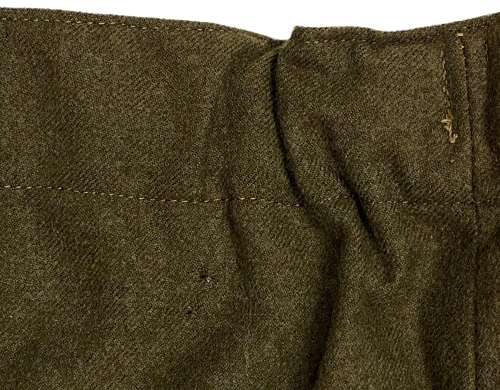 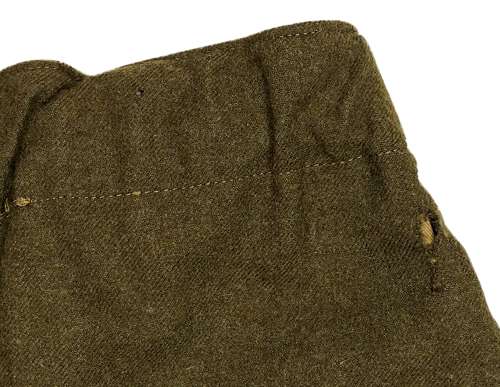 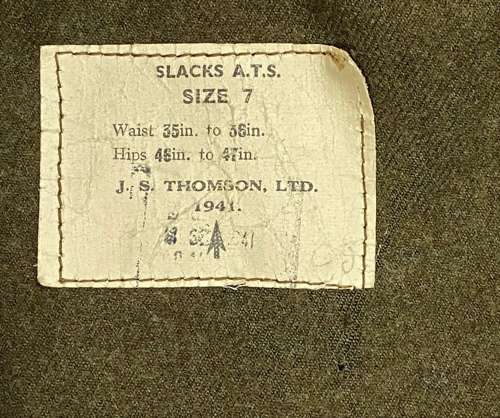 This pattern of trousers was introduced alongside the matching battledress jacket at the beginning of the Second World War. They are made from the finer, lighter weight serge used for women's uniforms during WW2 and feature a four button closure to the left hip - The later wartime pattern only featured three. The opening fastens with butterscotch coloured plastic buttons and a slash pocket is located to the other hip. The rear of the waist is elasticated

Inside the trousers the waistband is lined with a khaki coloured cotton drill. The War Department acceptance stamp has been added to this and is surmounted by the letter 'P', denoting 1941 as the year of issue.

The original label is still present to the rear of the seat, the same position as is used for men's battledress. It bears the title of 'Slacks, A.T.S' and the size of 7 which is designed to fit a 35 - 36" waist. The maker's name is stated as 'J. S. Thomson Ltd' below which is the 1941 date and the War Department broad arrow marking.

The trousers are in good condition and don't appear to have seen much, if any, wear. There is however a hole to the right hip as detailed in picture 11 and some other very small moth nips which are also detailed in the pictures. Overall they display very well and are very fresh examples. It may be possible to rectify the flaws with the right skills and they have been reflected in the price.

Whilst not in perfect condition, the overall condition of the trousers is very clean indeed. Not only this but they retain their original issue label and are the early and hard to find first pattern.