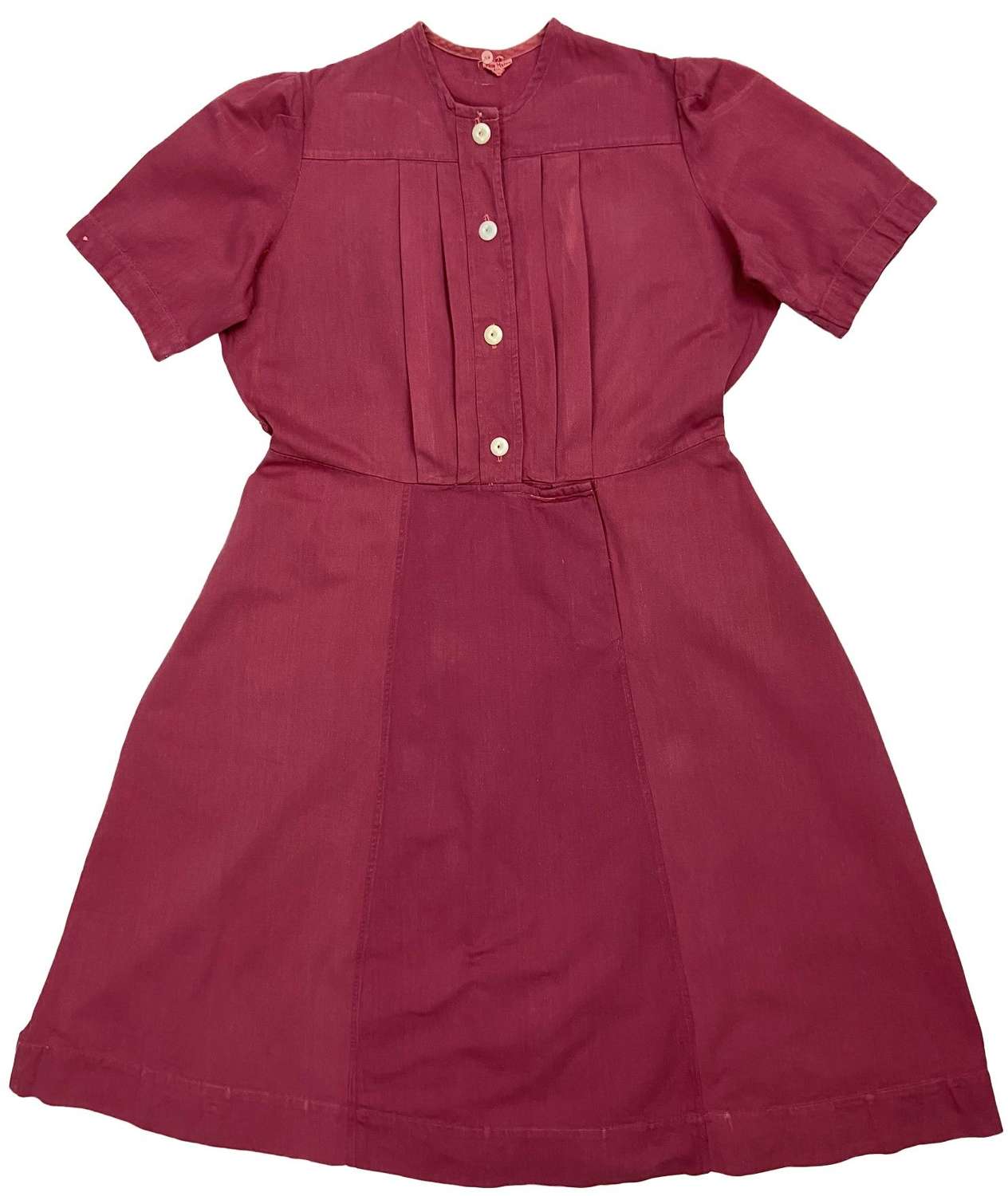 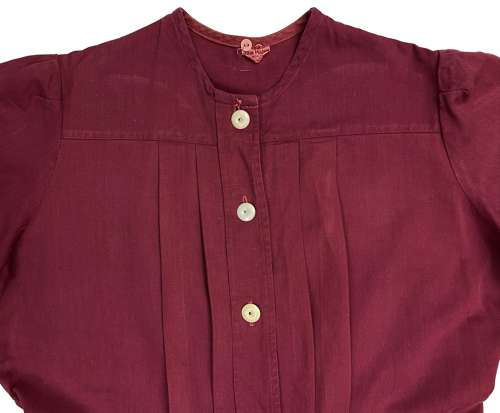 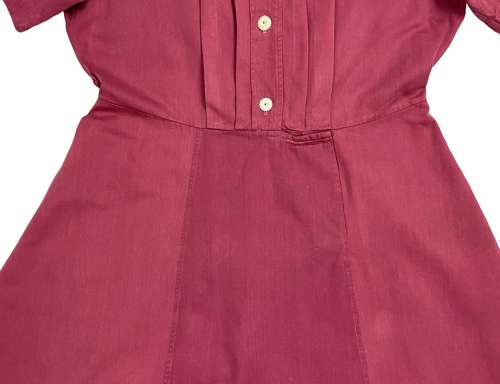 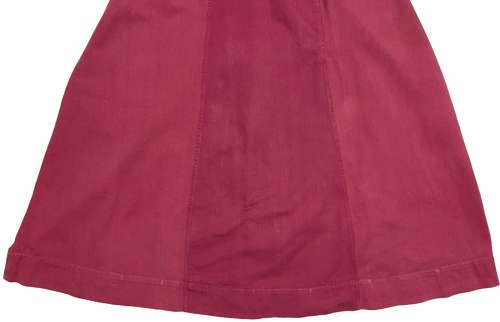 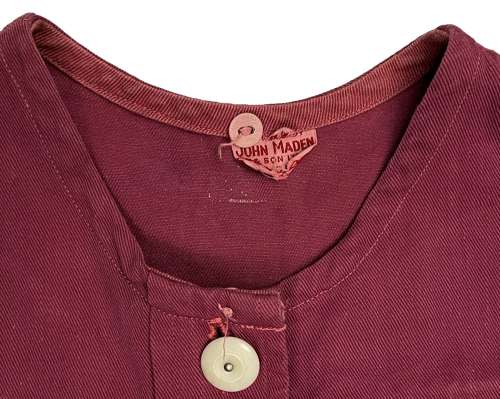 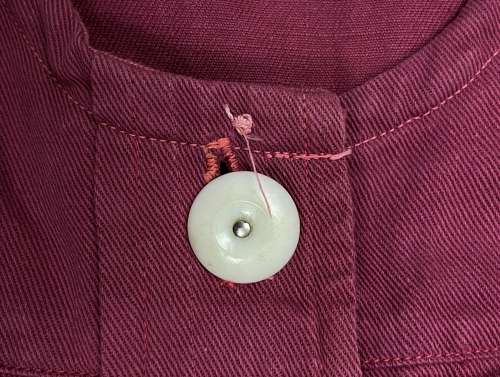 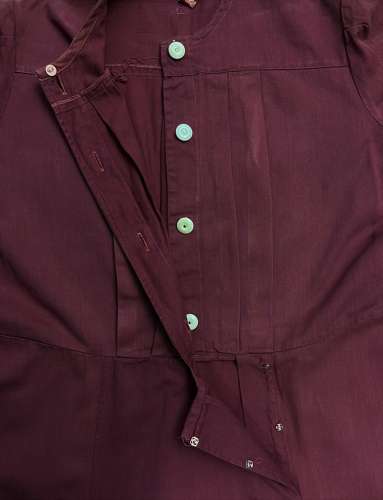 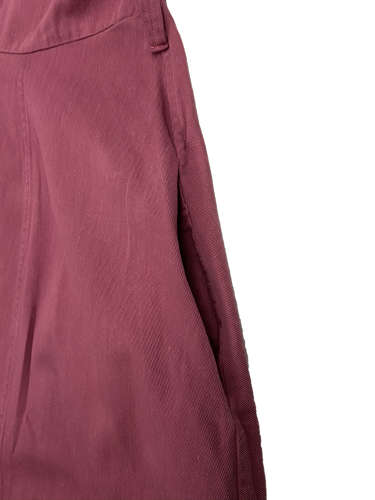 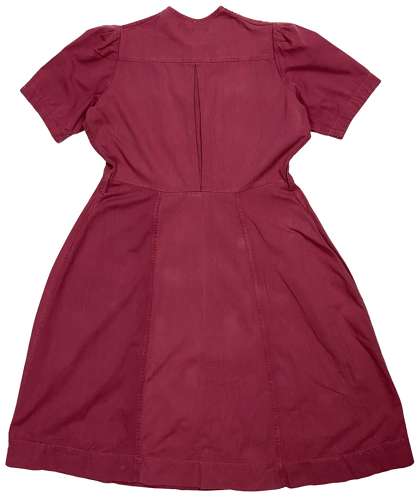 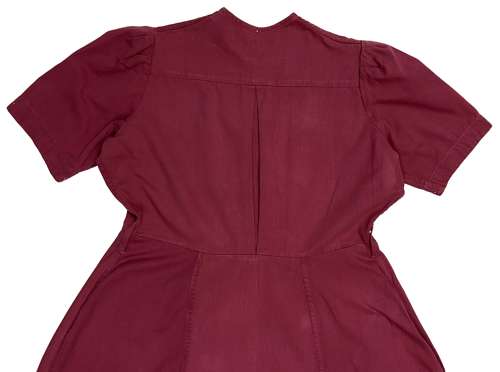 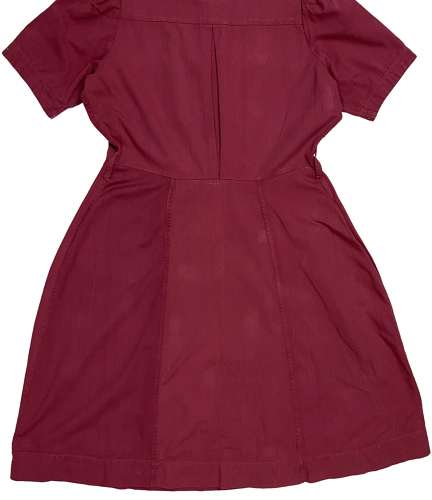 An original British made work dress made by 'John Maden' in the 1940s.

This dress is typical of workwear dresses worn in the inter-war period and during the Second World War. It is made from a cotton drill material which is a plumb colour - possibly an overdye. It features white revolving shank buttons which are removable for washing purposes and it closes with pop studs below the waist. Buttons are featured around the collar and sleeves which are typical traits found on dresses used by various nursing services during this period. The front breast features a fantastic pleated design and the rear has an expanding box pleat. There is also a small pocet to the left hip as shown in the pictures. The overall design is typically utilitarian and British.

Inside the dress the original label is still present and bears the maker's name of 'John Maden' of Bacup which is in Lancashire. The graphics of the label are typical of those seen in the 1930s and 1940s.

The dress is in good wearable condition as can be seen in the pictures. It shows some limited signs of wear and use but overall displays well.

A nice original piece of British workwear in a striking colour and complete with its original label.