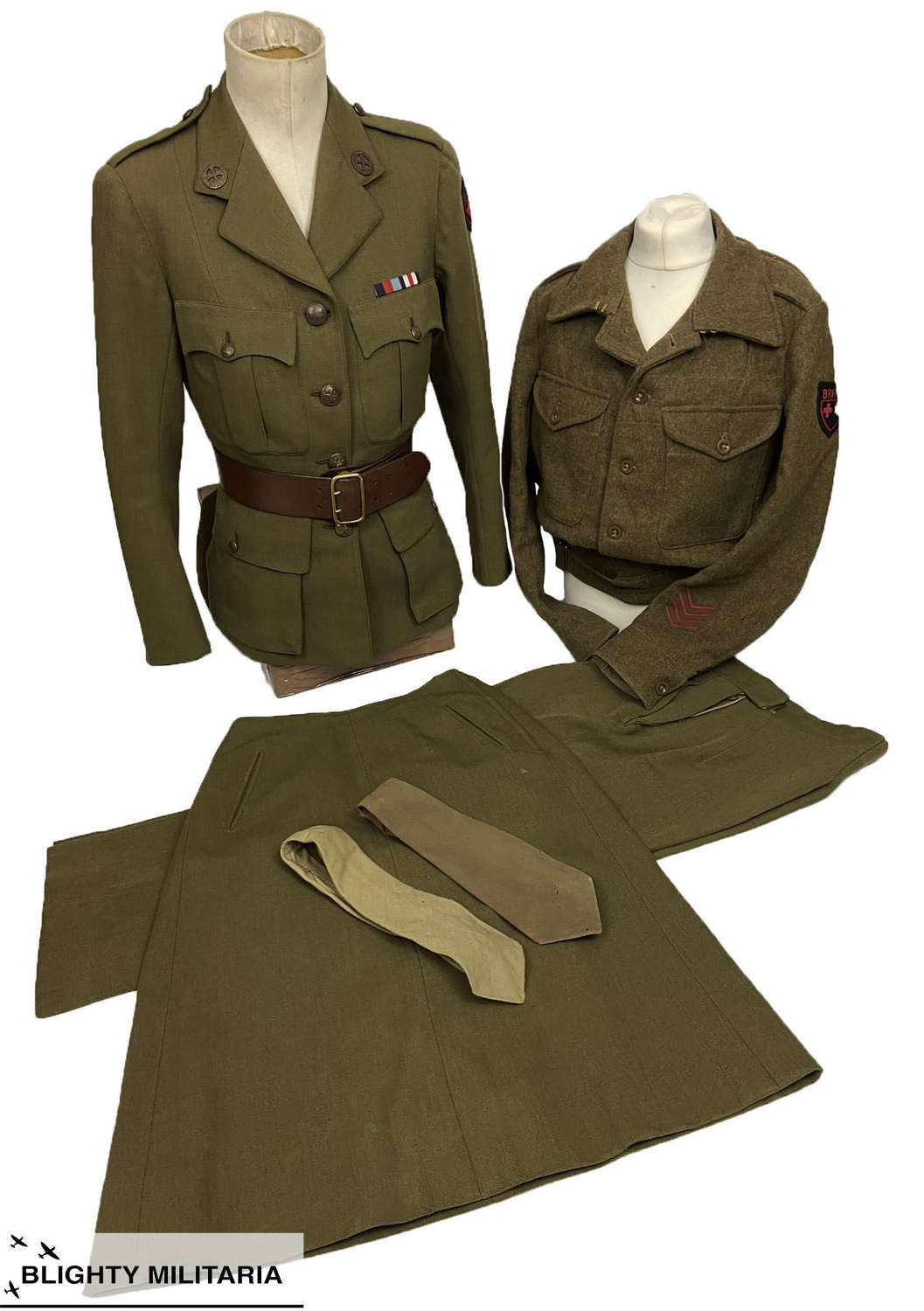 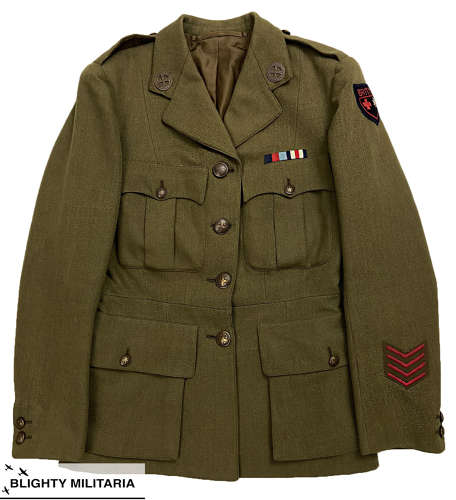 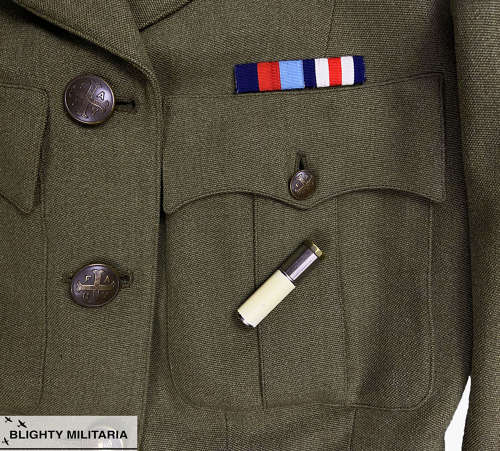 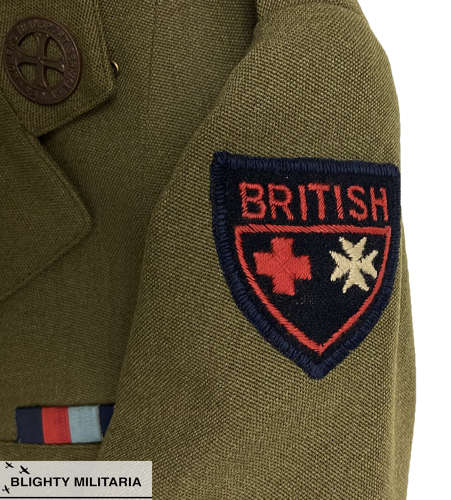 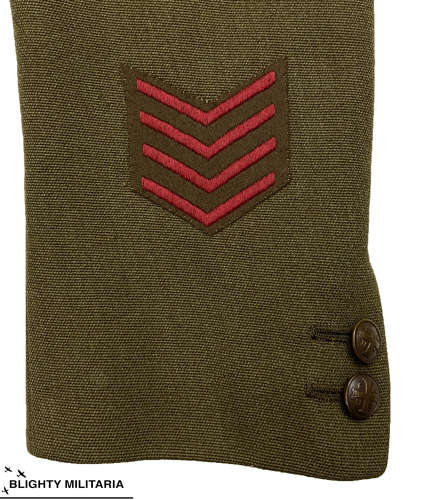 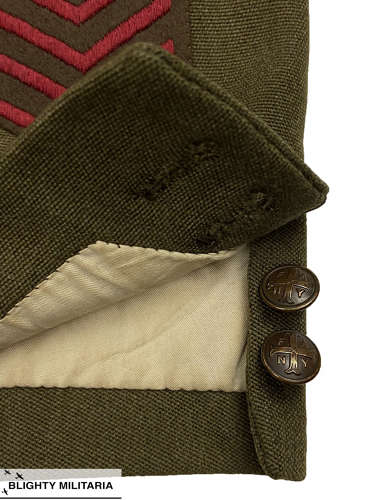 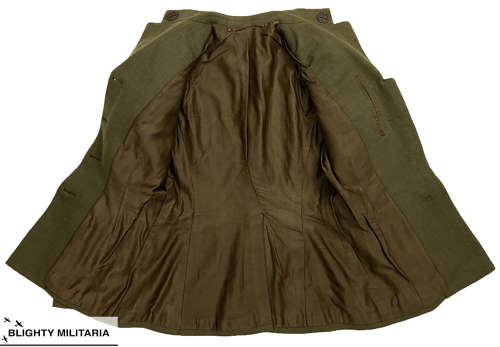 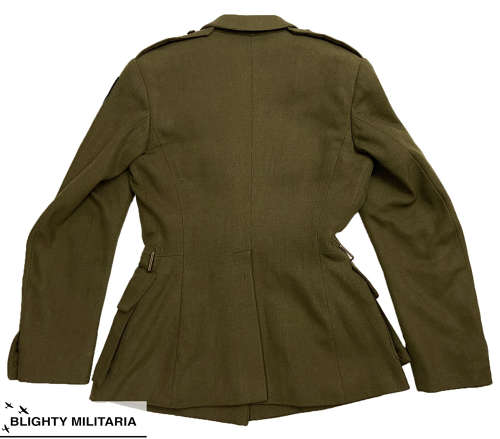 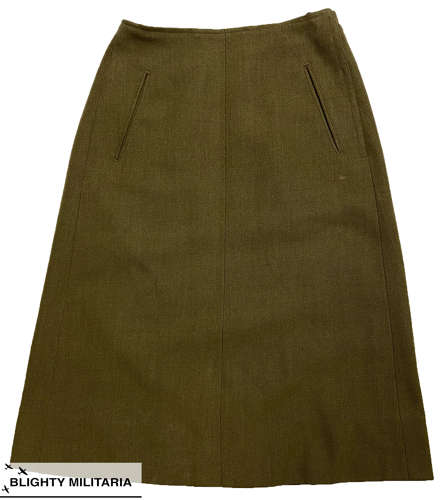 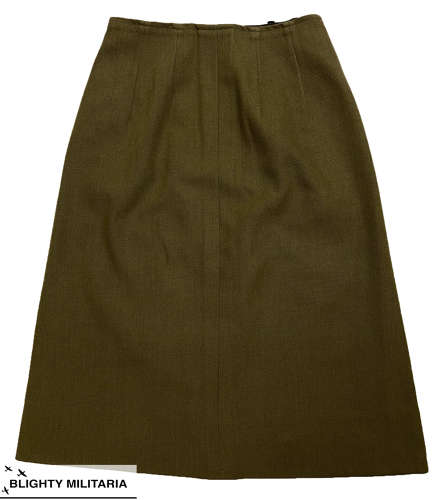 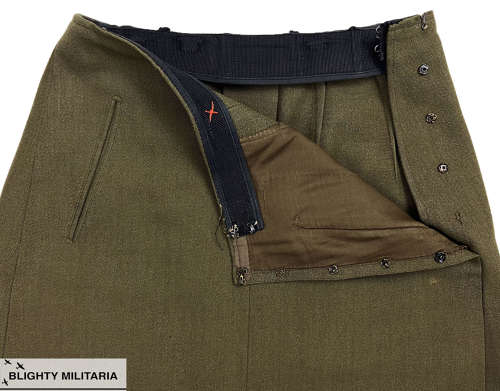 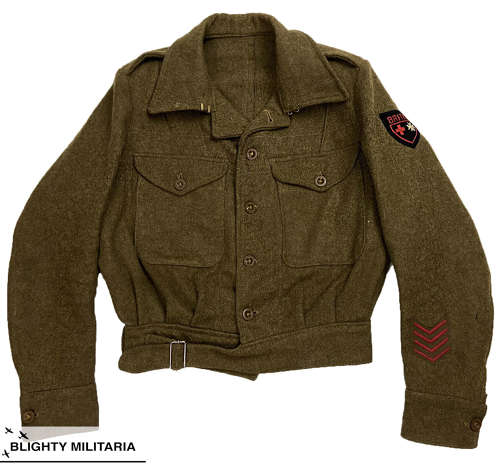 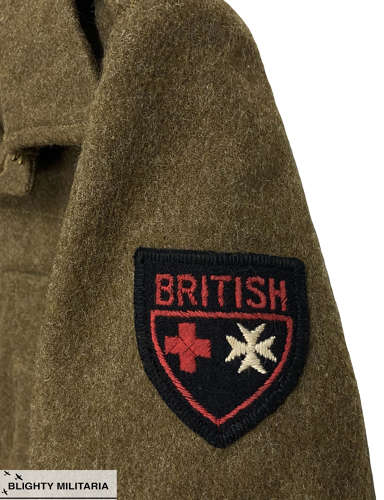 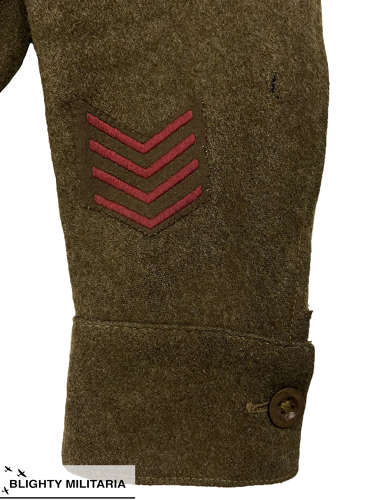 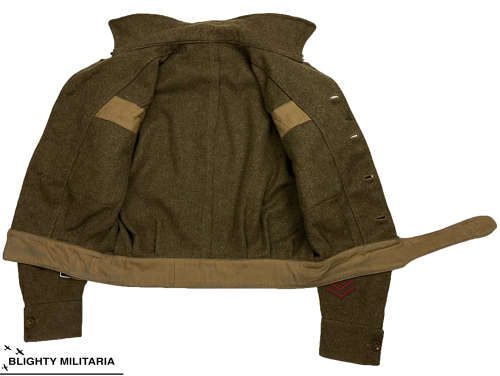 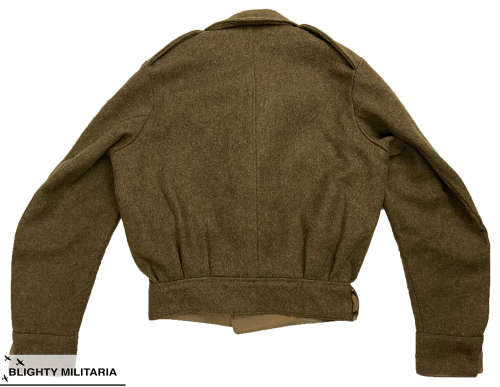 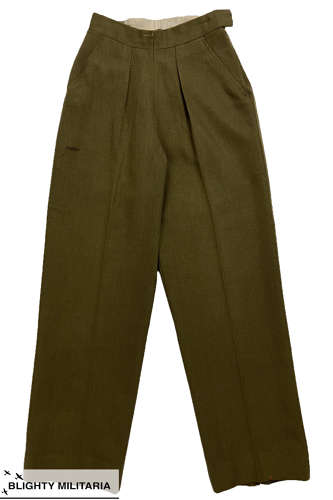 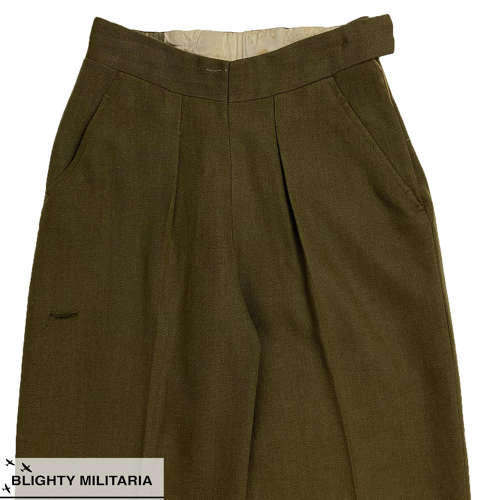 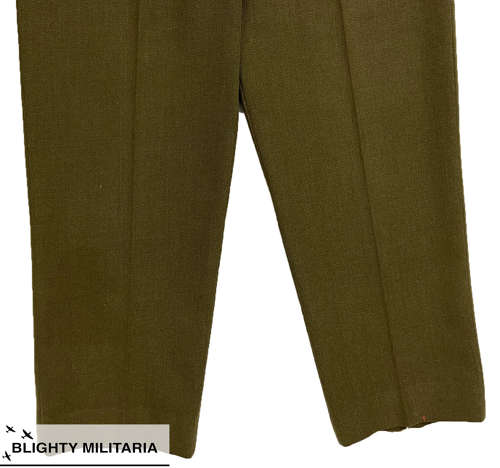 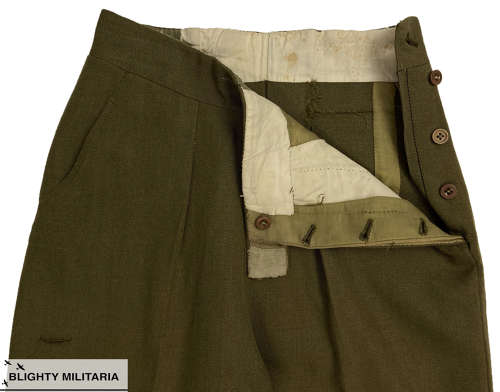 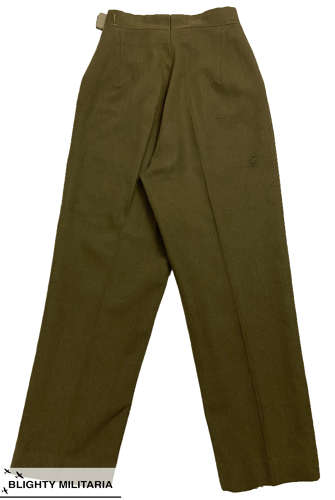 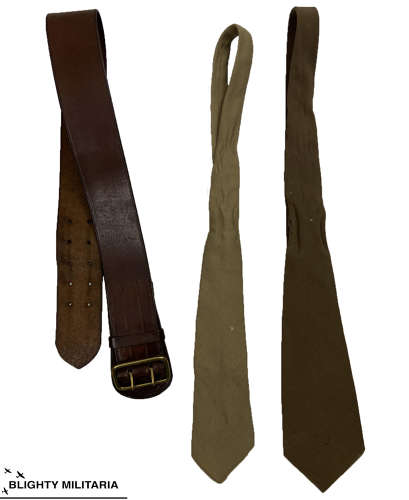 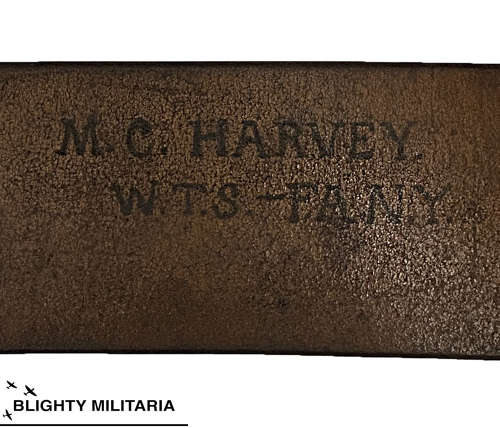 This grouping consists of an original Service Dress  jacket and skirt, matching trousers, battledress blouse, Sam Browne belt and two ties. It belonged to a lady who served with the Joint War Organisation of the British Red Cross Society and Order of St John of Jerusalem which was created in the Great War and reinstated in 1939 for the duration of the Second World War. The JWO was one of a number of relief agencies which served abroad during 1944 when it was officially recognised by the War Office. Its volunteers worked behind the front lines supplying transport and medical stores before establishing relief and rehabilitation services in liberated areas. The original owner of this set was a member of the WTS so would have been attached to the JWO to work on their transport lines. The addition of the France and Germany Star fitted to the breast of the tunic means that she served in North West Europe in 1944-45 with this unit.

The first item in the grouping is the battledress blouse which is a fine example. It looks like an issue jacket but could well be private purchase as it is devoid of any markings or interior pockets. An original JWO badge is fitted to the top of the right sleeve and features the word 'British' along with the Red Cross  and Order of St John of Jerusalem symbols. To the bottom of the same sleeve are four chevrons which denote four years of service.

The Service Dress jacket and skirt are excellent examples and again very well made. There is no tailor's label inside either piece but they were clearly made by a good tailor. Testament to this is the function cuff which is illustrated in picture 6 and only usually found on high end tailored jackets. A full set of F.A.N.Y buttons are fitted throughout the jacket as are the matching collar badges. Epaulettes are fitted at the shoulders and the interior features a full lining, hanging loop to the neck and single interior pocket. The jacket is fitted with the same insignia as the battledress blouse as well as two medal ribbons denoting the 1939 1945 star and the France and Germany Star. Inside the pocket of the tunic an original 1940s lipstick was found which is illustrated in picture 3. The skirt is made from the same material as the tunic and is of typical period construction. It features a side opening and a single pocket.

One of the star pieces of this grouping is the slacks which are made from a similar barathea wool to the service dress set. It is quite conceivable that these trousers were worn with the battledress jacket for working in as they have clearly seen plenty of action. They are cut in a typical manner for the era with a high rise waist and wide leg. Like the skirt, they feature a side opening although this time fastening with buttons. They feature two slash pockets at the hips and a separate waistband. The slacks are worn but still very wearable and display well. There is a cut to the front and the waist tab is missing its clip which is testament to how much these clearly got used.

The original Sam Browne belt is also included with the uniform and is the correct ladies pattern. It is made from a brown coloured leather and features brass parts throughout. It also still retains its original leather retaining loop which are often missing from examples found today. The original owner has added her name to the reverse of the belt which reads 'M. C. Harvey W.T.S - F.A.N.Y' which may offer the prospect of further research.

The final piece of this rare wartime grouping consists of two ties. Both in different shades and showing some signs of damage they are a nice addition to the collection.

Measurements for each item of clothing are as follows -

This is a rare opportunity to acquire two uniforms which belonged to a lady who served in North West Europe during WW2. Not only that but uniforms belonging to anyone who served with JWO are now incredibly rare. This would make a fine addition to any collection!