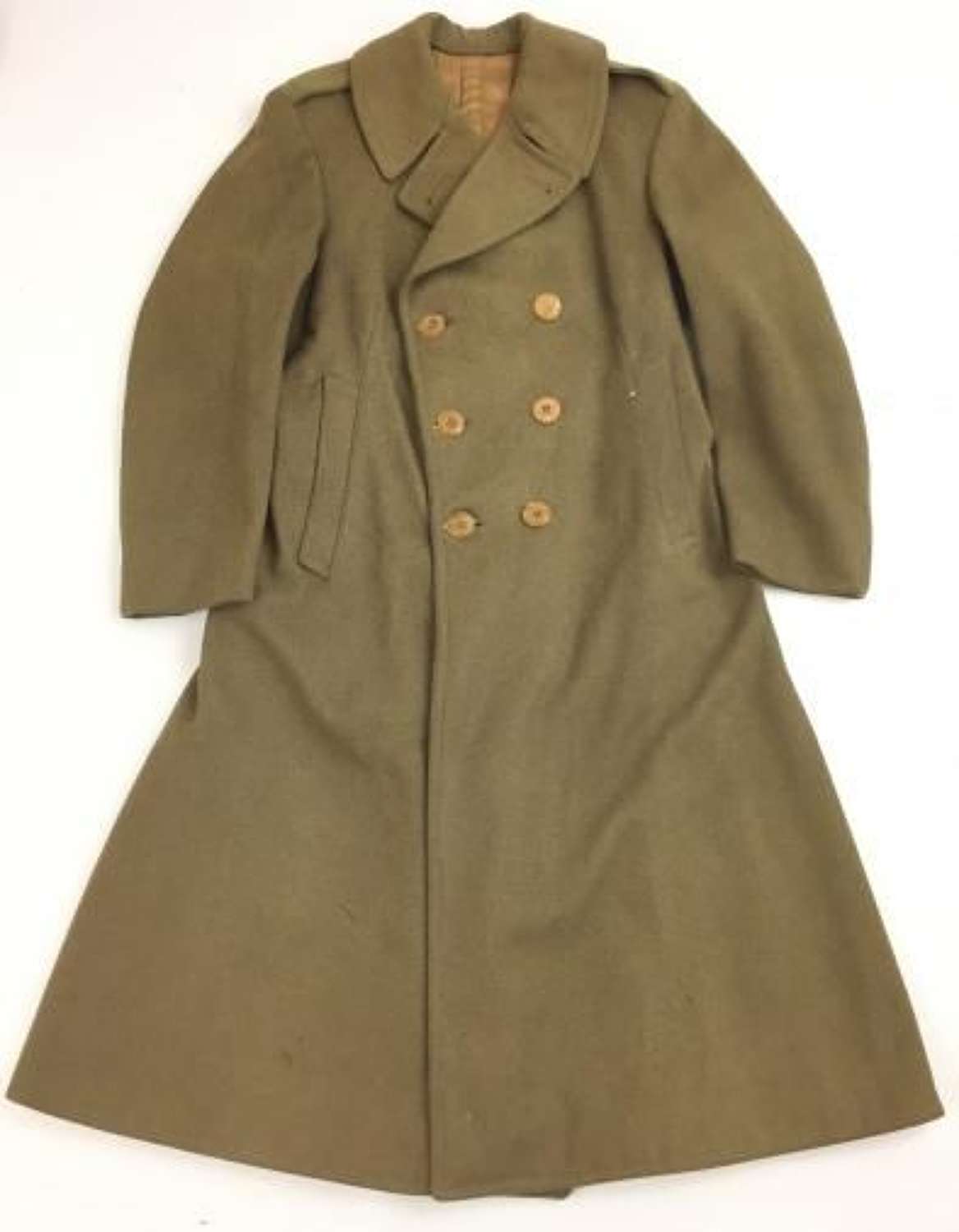 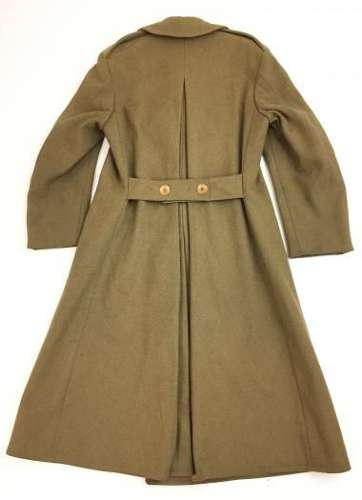 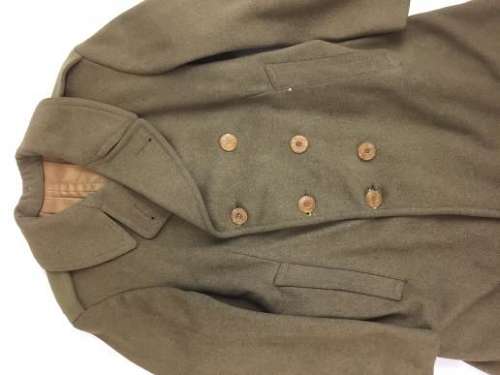 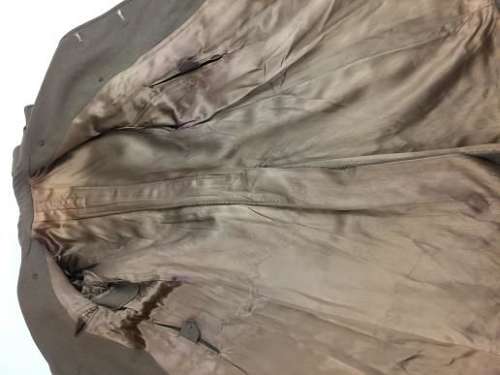 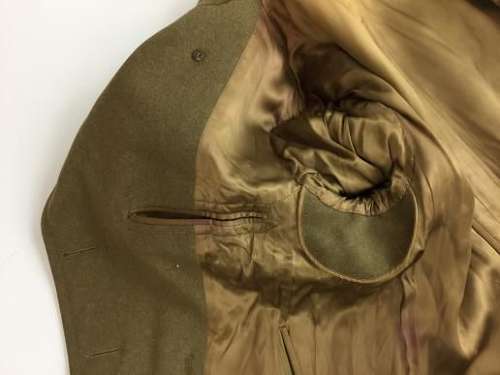 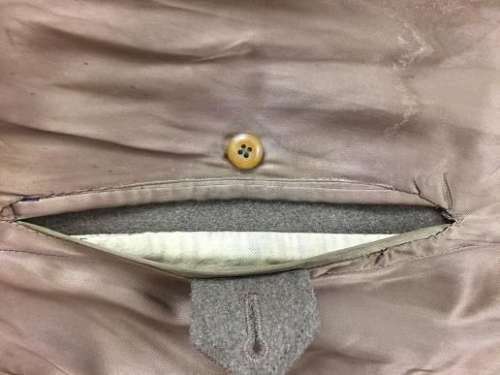 A beautifully made original WW2 United States Army or Army Air Force Officers greatcoat in good condition for its age.

This is the less common long pattern of greatcoat which are rarely seen on the market these days and are associated with the early war period. The pattern is very similar to that of the Enlisted Men's greatcoats worn by GIs throughout the Second World War.

The coat retains all of its original buttons, some of which show signs of age and could do with cleaning.

The coat is lined with silk which is in good condition but has various signs of soiling as can be seen in the pictures. This doesn't affect the way the coat displays.

There is some small areas of moth grazing on the coat as is common with original overcoats from this period but there are no holes aside from one small one to the left hip pocket. This could easily be darned if you so wished.

Overall a rare original US Officers overcoat which would be ideal for a re-enactor or as part of a US Army or USAAF collection.