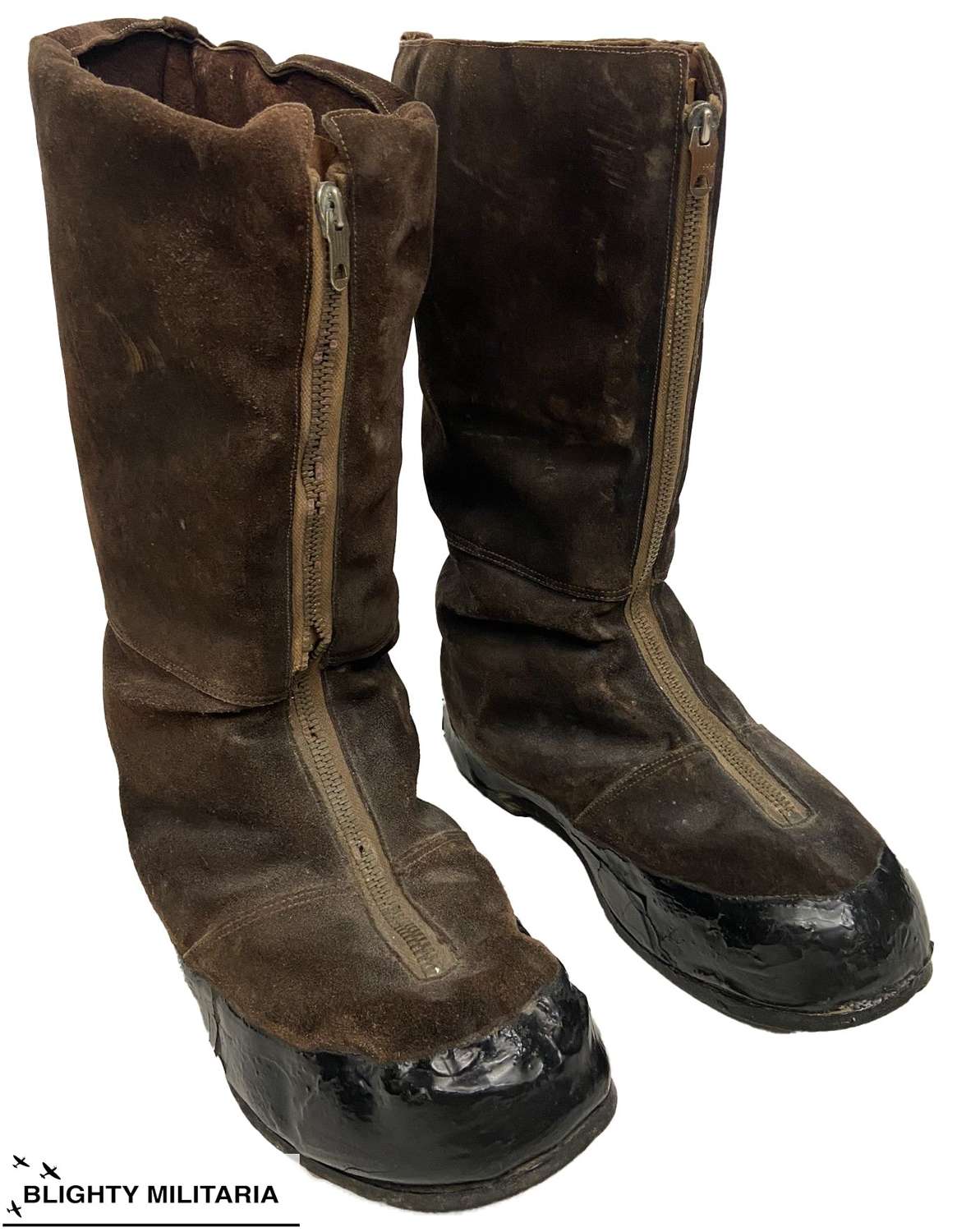 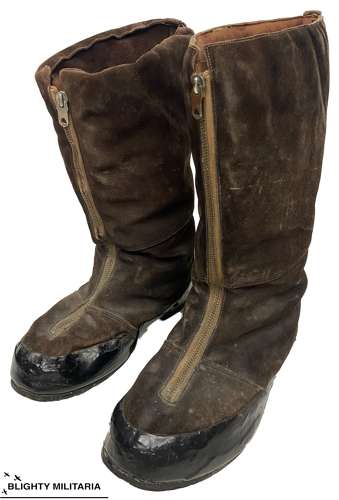 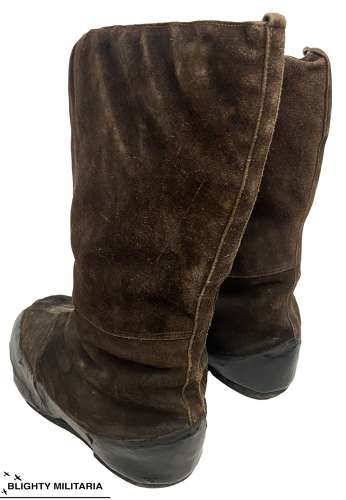 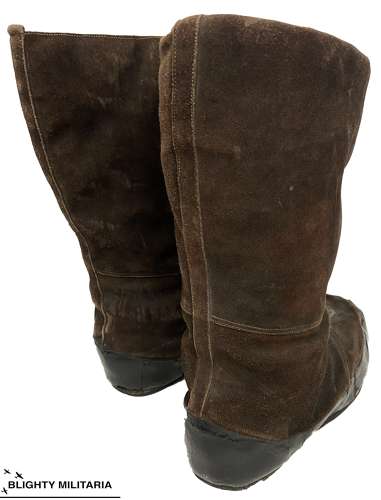 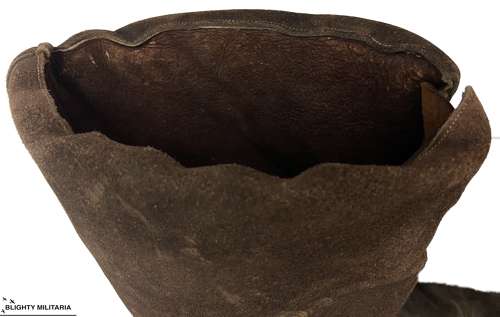 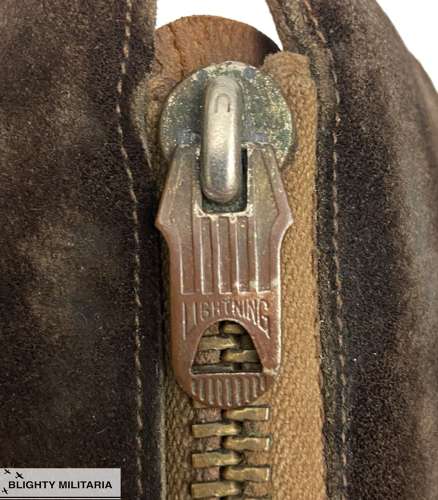 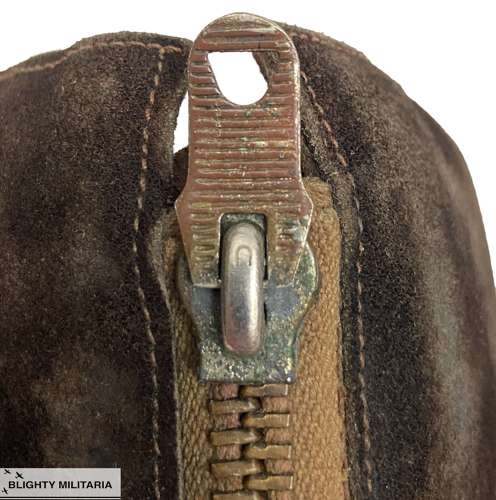 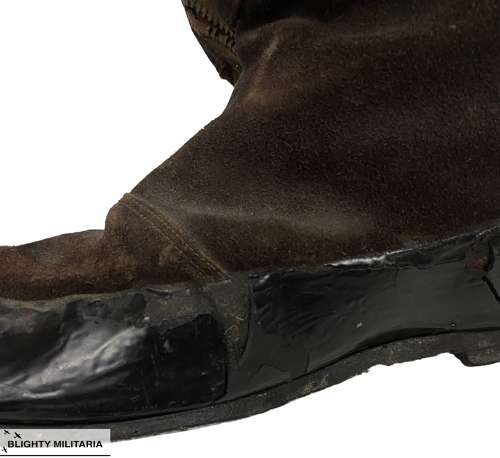 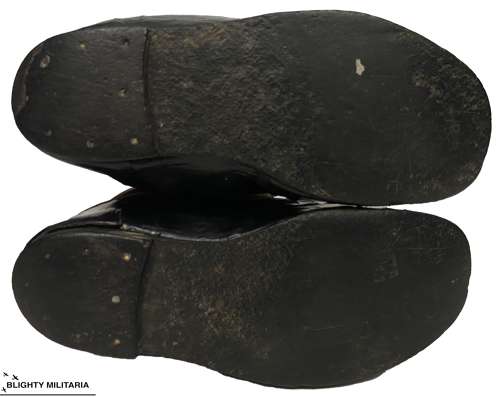 This pattern of boots was produced in limited numbers at the tail end of the Second World War. They were designed to be worn over standard ankle boots and were intended to replace boots such as the escape boot which was in production at the time. They were intended to be worn in any theatre of war by aircrews flying at high altitude or in unheated turrets or similar. Whilst at first glance they look like the standard 1940 pattern boots, they are in fact a very different boot altogether. Whilst the exterior of the boots is made from the same brown coloured suede and features the same rubber galosh sections, the interior has the lambskin lining reversed leaving the suede side visible. This lining stops at the welt of the shoe section leaving a large, roomy space which can accommodate a boot inside without being a huge cumbersome overboot. The zips are the standard wartime 'Lightening' brand examples which are often encountered on flying boots from WW2. They run further down the vamp than standard 1940 pattern boots which gives them a distinctive look.

The boots are in reasonable condition for their age but are far from perfect. The rubber galosh section is missing in a few places as shown in the pictures and may have been restored at some stage.The soles and heels are well worn and the suede uppers feature plenty of signs of use. The zip on the right hand boot is missing numerous teeth and may not function whilst the other boot zip functions as it should. Overall they display well enough, but please bear in mind that they are a vintage, pre-owned item which have some issues commensurate with age.

A very rare pair of WW2 boots which are missing from many collections!