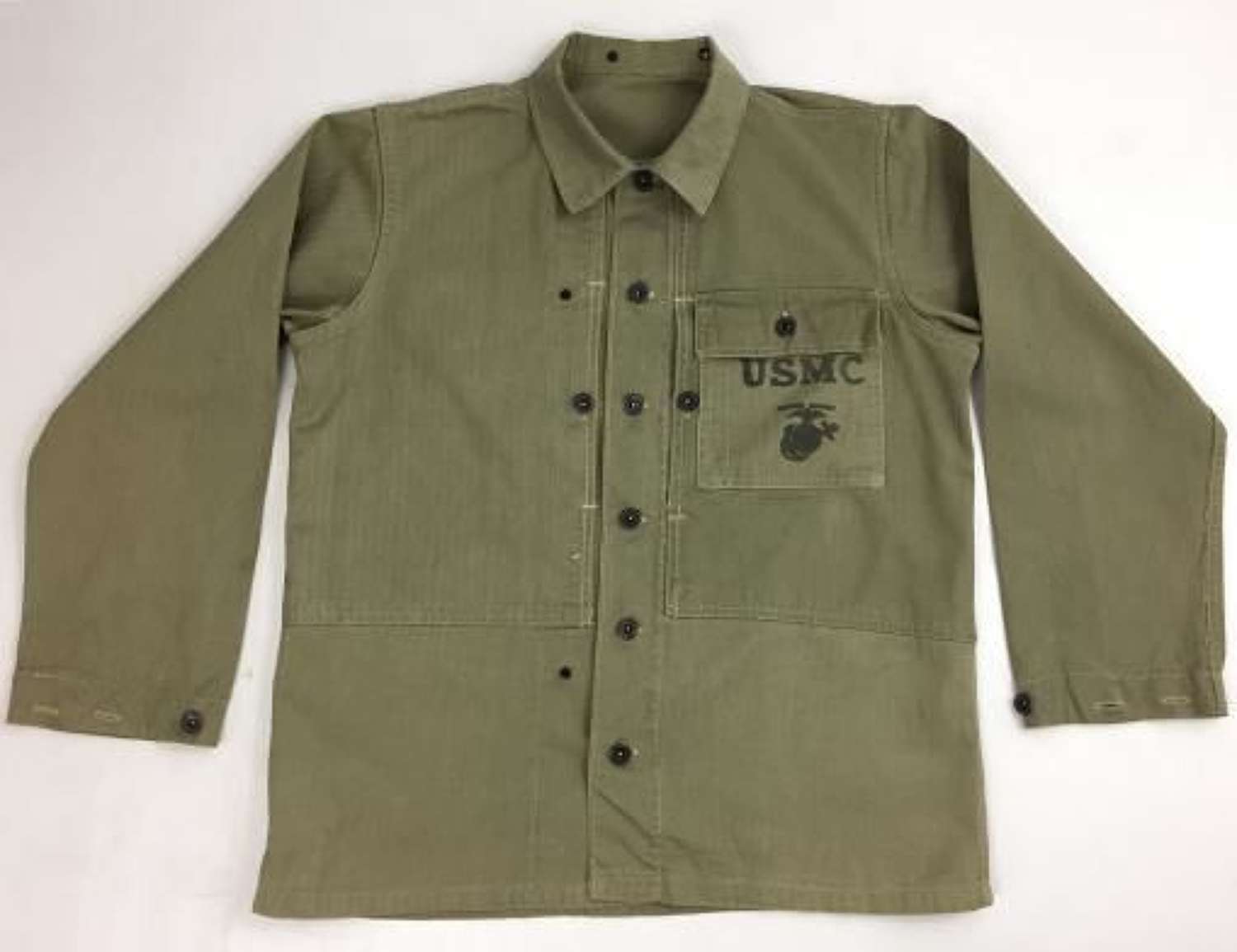 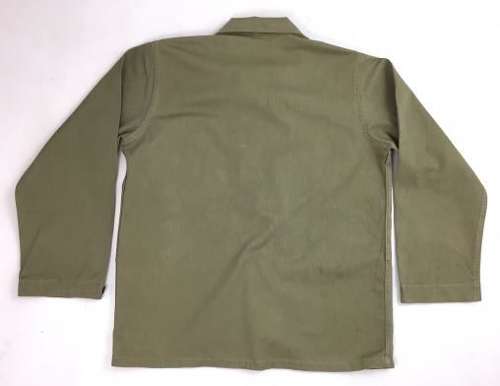 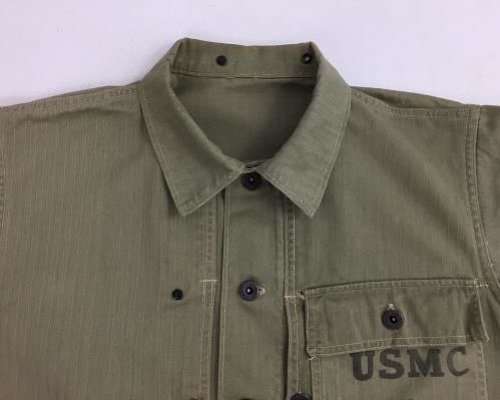 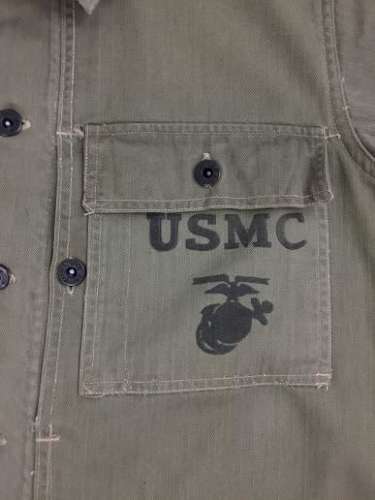 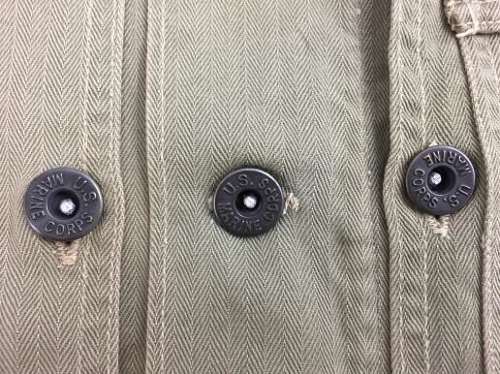 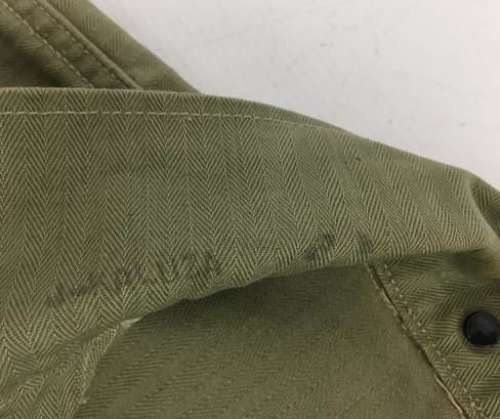 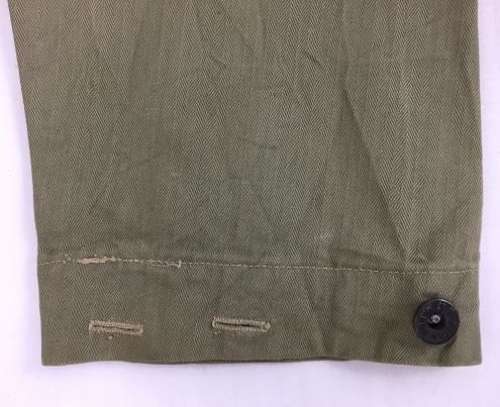 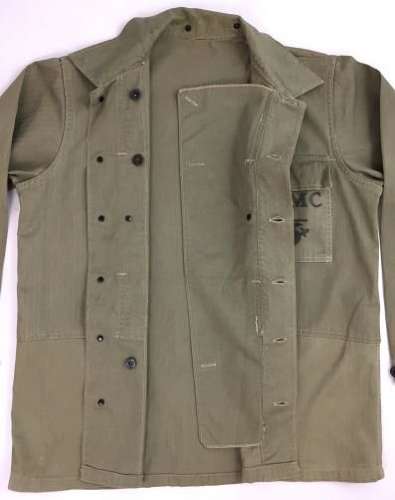 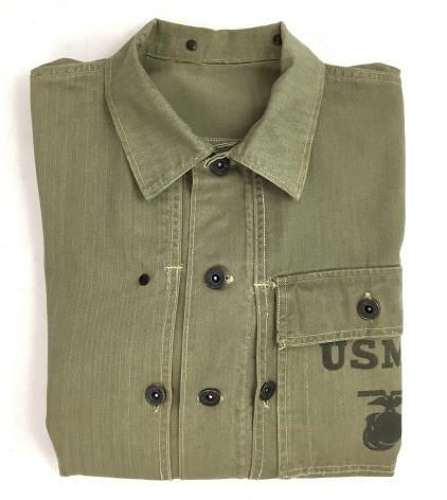 This original WW2 period USMC shirt is made from the green HBT fabric used by the US forces during the war and on into the 1950s. It features USMC marked metal doughnut buttons which are all intact including the those under the collar and inside for the chest flap which were often removed by their original owners.

The large flapped chest pocket on the outside of the jacket features a very clean and bright USMC insignia and the original owner has added his name inside the collar which reads 'J Kaluza' which may be traceable.

The shirt is a larger size which should fit around a 44" chest depending on desired fit. When laid flat it measures -

The condition is very good indeed with little to no sign of wear and I think it would be very hard to better.

Not only is this example in fantastic condition but its also a large wearable size making it ideal for both the re-enactor and collector alike!