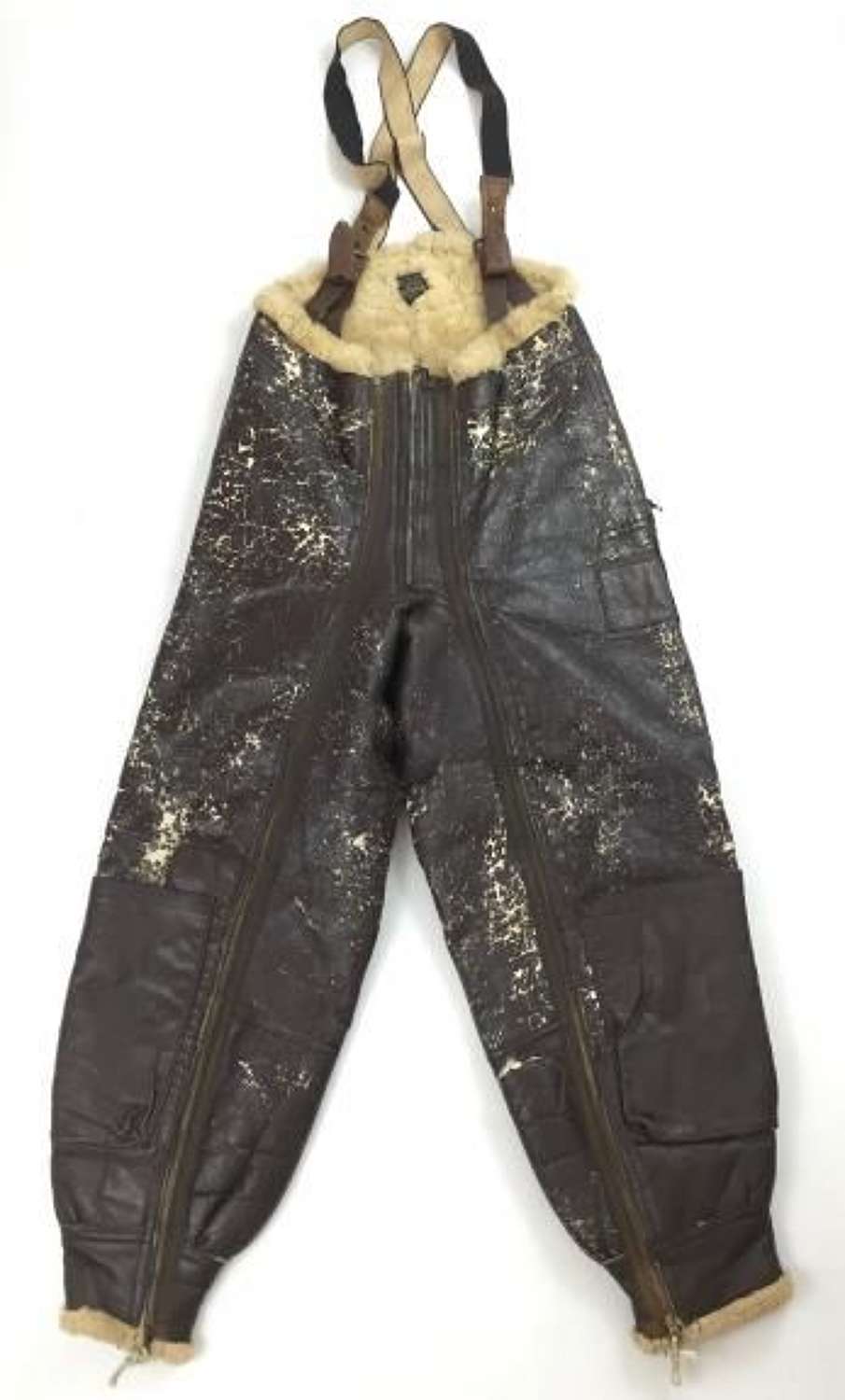 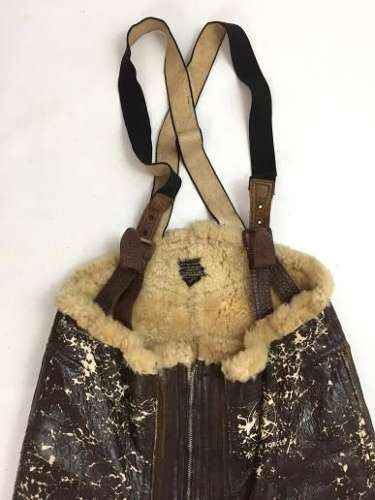 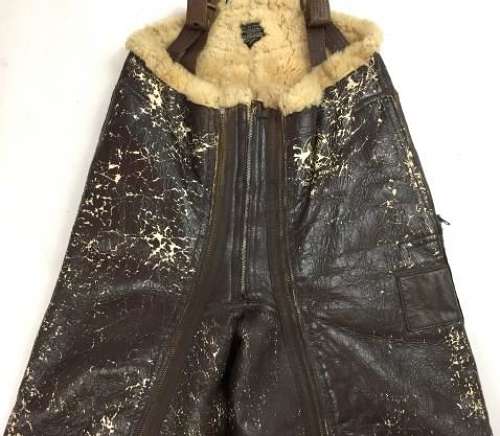 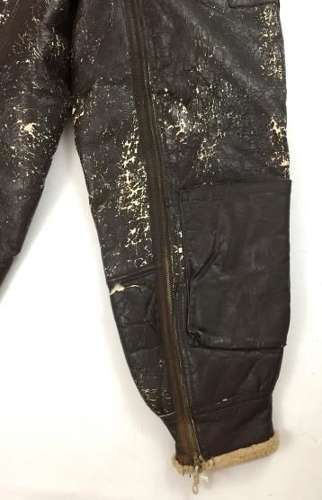 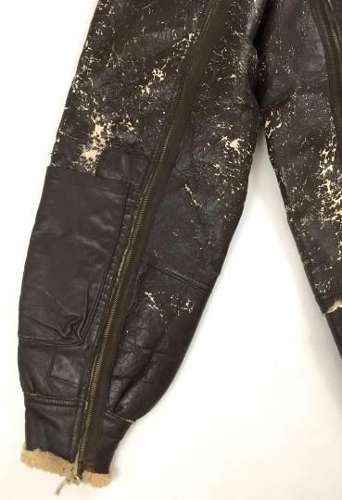 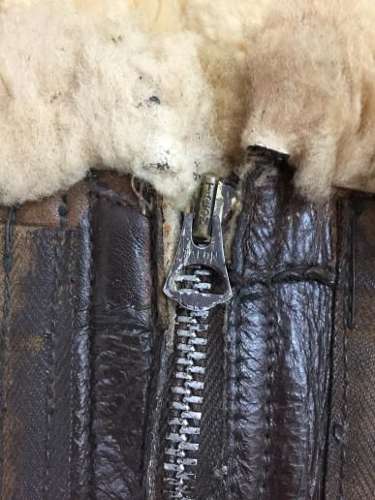 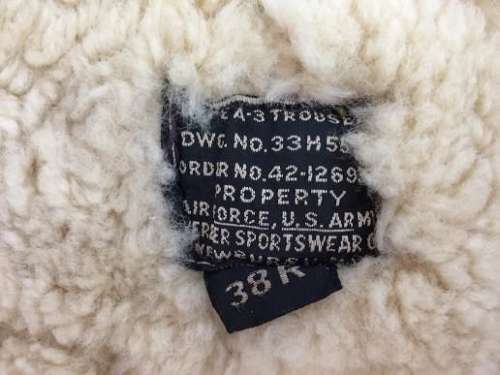 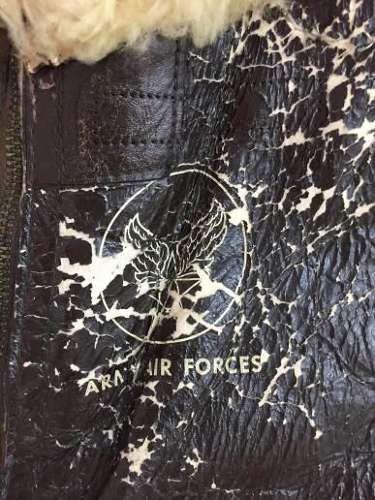 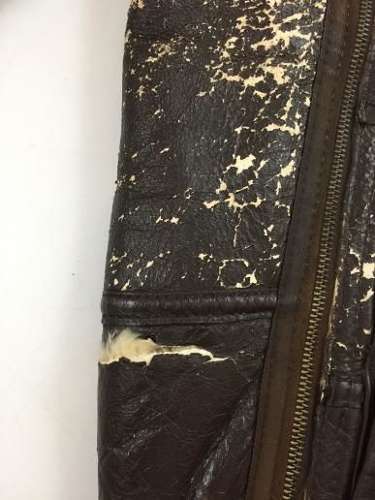 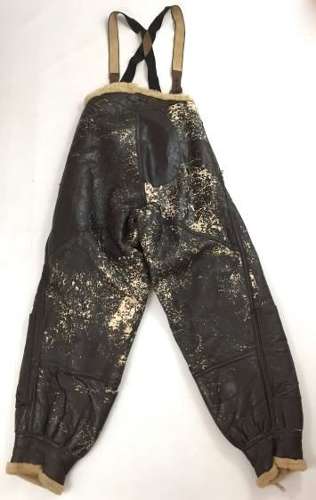 These trousers formed the part of the first Shearling flying suit along with the B-3 jacket in 1934 and stayed in use with the USAAF until 1944. They have since become synonymous with USAAF aircrew, particularly the 8th Air Force based in England.

The trousers feature a thick sheepskin lining and an outer that is finished with a polyacrylate dye and lacquer. Full length zips can be found on the front as well as shorter zips on each side seem to allow the wear access to his trousers underneath. A fly zip is also present and made by 'Talon', as are the all the other zips.

Two open top pockets can be found towards the bottom of the legs whilst the to the top of the trousers the original 'Army Air Forces' logo is still present. The rear features the original chain hanger to the exterior whilst inside the original label is present and still clear and legible.

The trousers are in reasonable condition for their age but have signs of ageing to the exterior finish, as is common with these trousers. There is also a rip towards the lower left leg as detailed in the pictures and the zips have some verdigris but don't appear to have any damage. A leather patch has been added to the rear which looks to be period, or at least an old repair and does not look out of place. Overall they display well.

All in all a reasonably good pair of A-3 trousers with all their original zips and AAF logo. These would make a good addition to an aviation collection for certain.