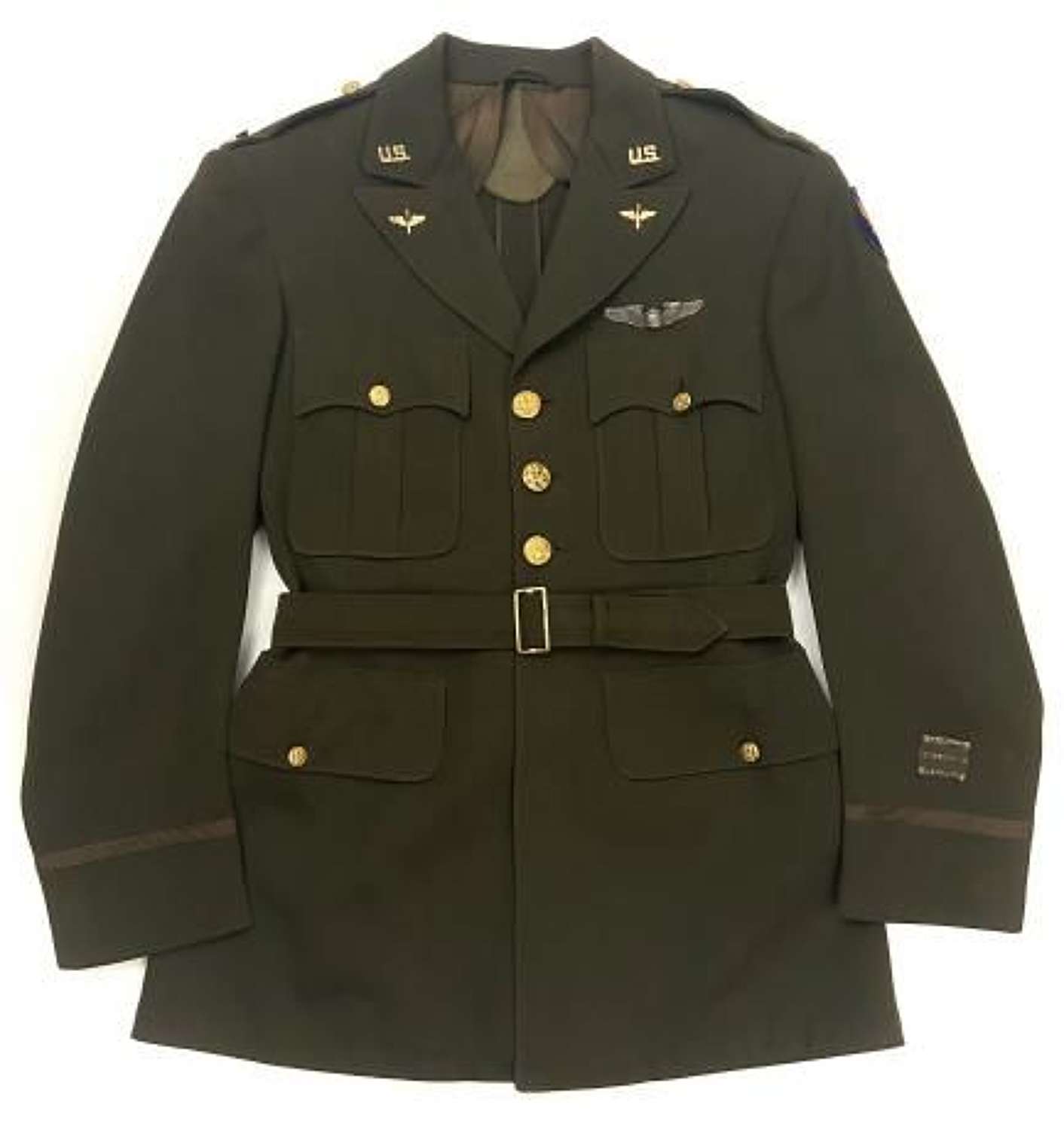 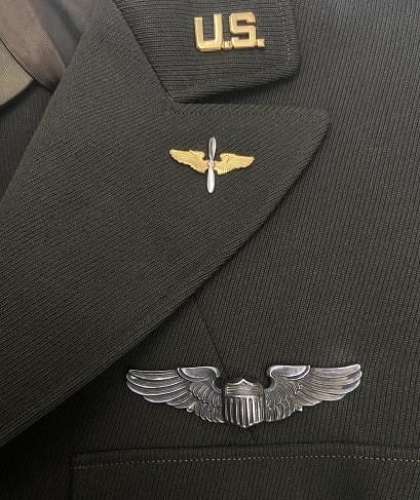 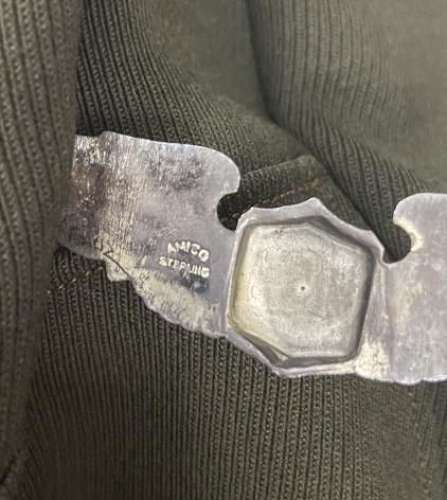 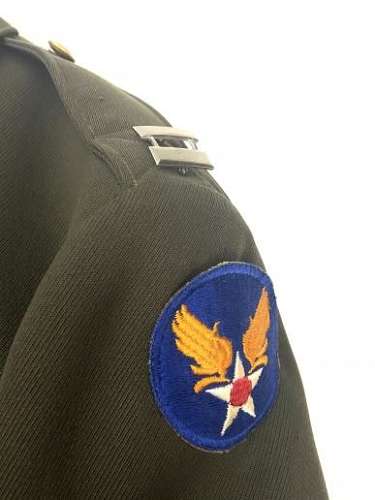 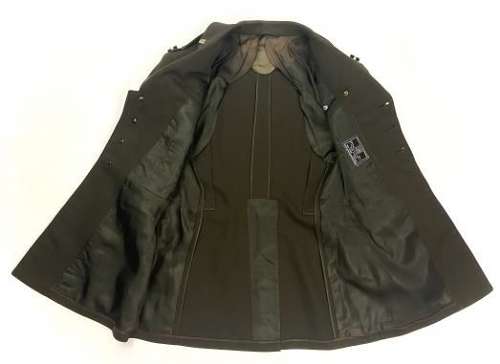 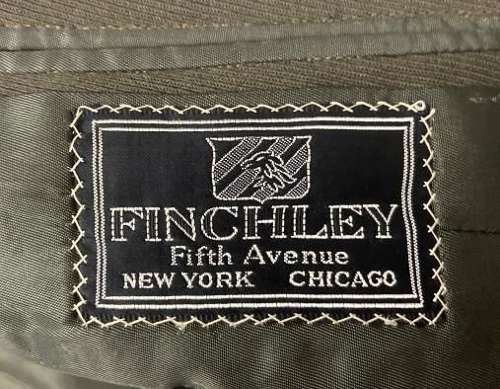 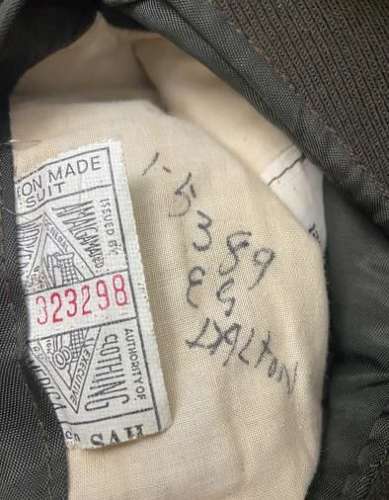 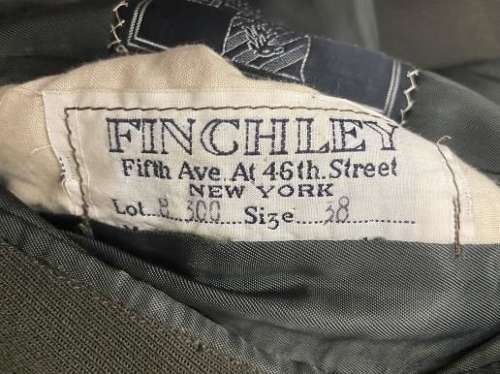 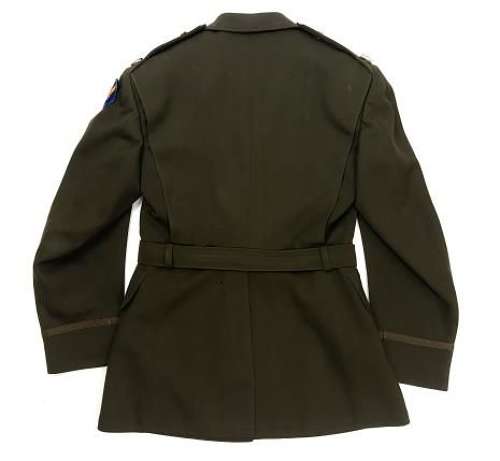 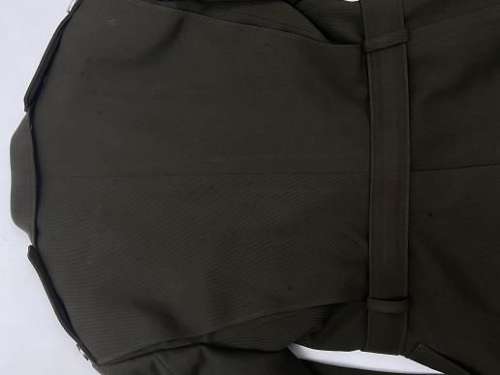 Made from the standard regulation O.D. Dark Elastique material, this tunic follows the correct pattern for US Army and US Army Air Forces Officers during the Second World War. It features pleated chest pockets, lower flapped pockets, epaulettes and the braid worn on the cuff of all US officers tunics. It also comes complete with it’s original waist belt and buckle. The rear of the tunic features an action back which is another desirable detail to find.

The tunic is fitted with a full set of original USAAF insignia including a very nice sterling silver pilots wing, the reverse of which is maker marked 'Amico' who are a well know manufacturer of wings during WW2. A matched set of captains bars are fitted at the shoulders and have the 'snowflake' pattern to the rear as is sometimes encountered on original badges. The upper left sleeve bears a standard AAF patch, whilst the lower sleeve is fitted with overseas service bars. Collar devices can also be found in their usual place.

The original manufacturers labels are still present to the interior of the jacket and state the name as 'Finchley'. Inside the interior pocket are another two labels - A union label, as often found on American clothing of this period and a second tailors label which states the size as 38. As well as this the original owners name and number is present and reads '1-5389 E. G. Dalton' which may make further research possible.

The tunic is in good condition and displays very well. It has suffered from a limited amount of moth damage, mainly to the rear. This is illustrated in the pictures. The AAF patch on the left sleeve is also starting to come away around the top edge although it is still firmly attached to the jacket.

All in all a nice original WW2 AAF tunic which offers the opportunity of further research. This would make a great addition to any collection!