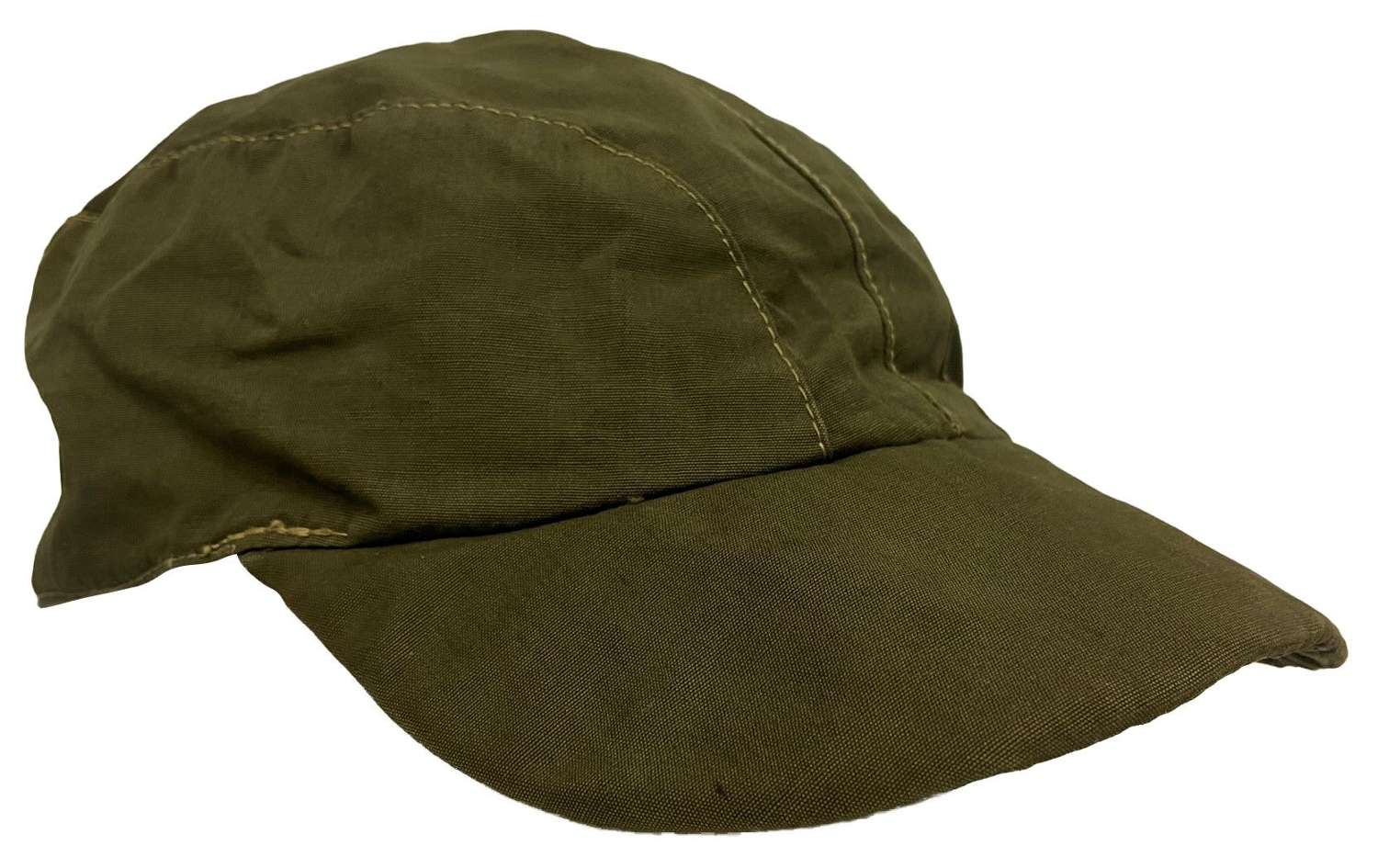 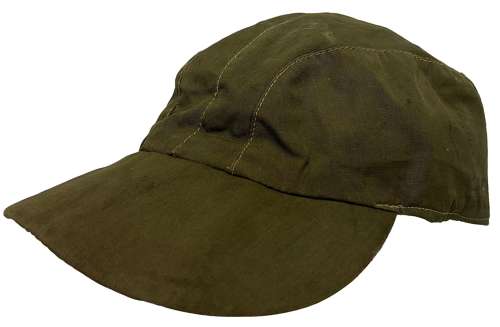 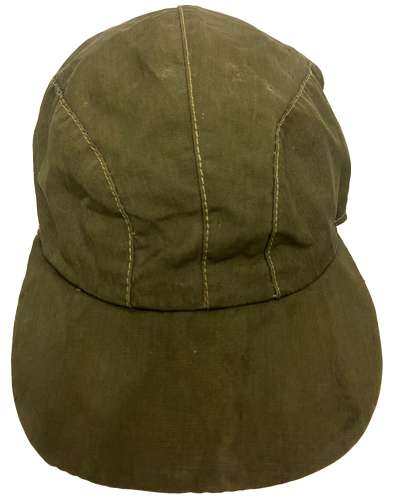 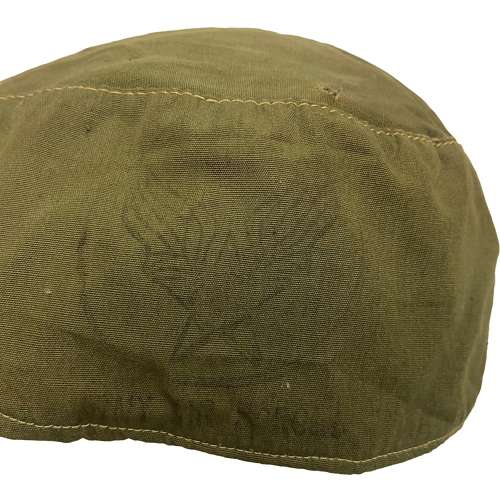 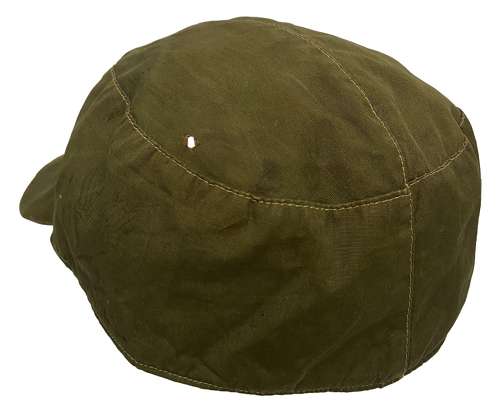 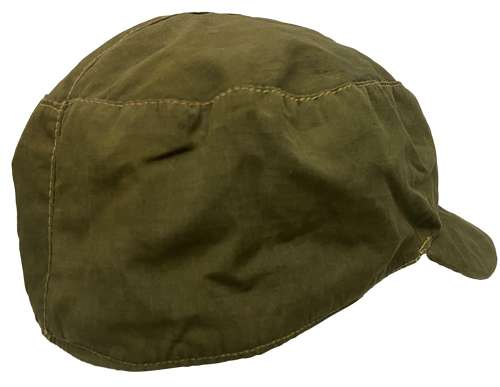 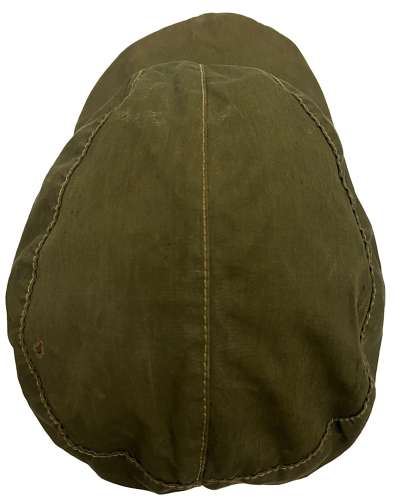 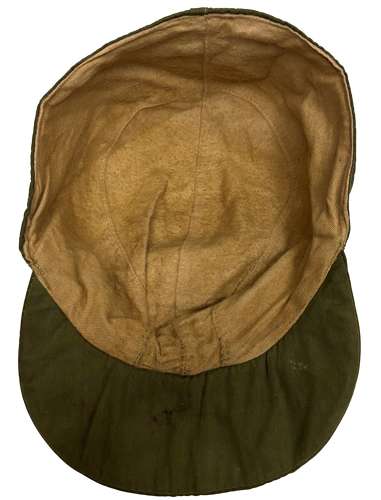 This pattern of cap was standardised in 1939 and saw service throughout the Second World War. It is one of two flight caps issued during the conflict with the other being the B-2 Shearling cap. The cap is made from a green gabardine cotton and is fully lined. To the left side of the cap the United States Army Air Force decal is present. The hat features a 'duck bill' peak which is indicitive of this model.

The cap is a larger size which will fit a UK 7 1/4 approximately, so more than big enough to fit a display head.

The cap is in good condition with some signs of wear and use. There is a hole to the top of the hat which is to the outer gaberdine section only, not the liner.

Overall a nice example of this rare pattern of cap which is also a good, larger size.