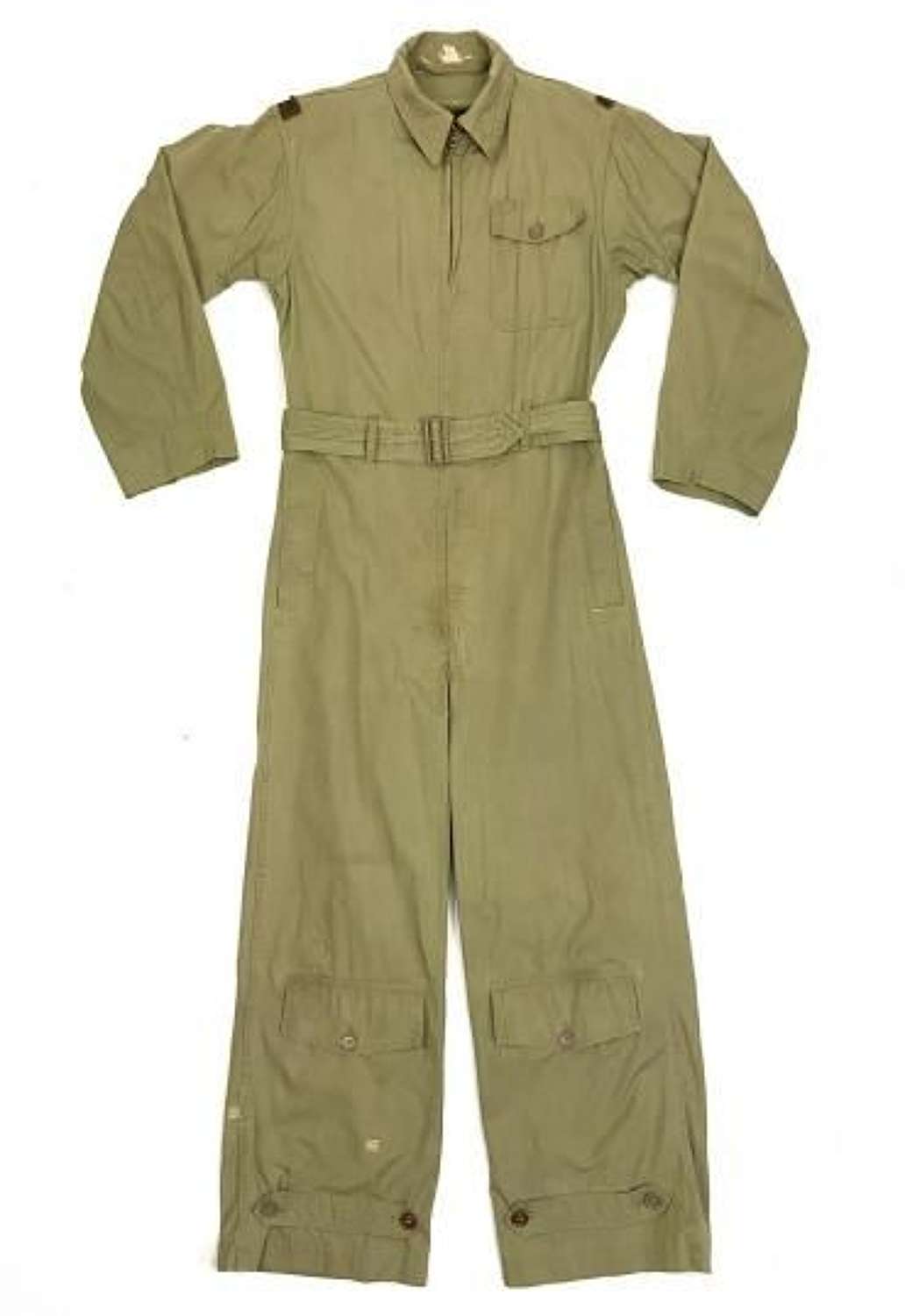 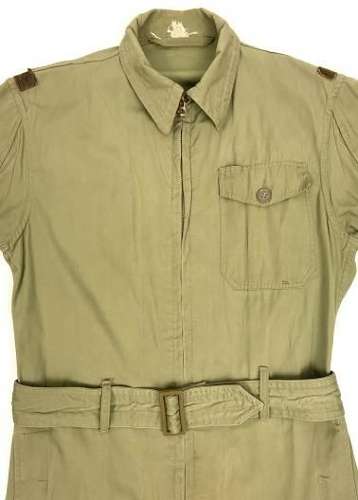 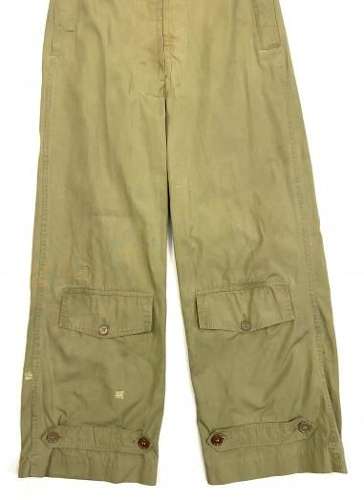 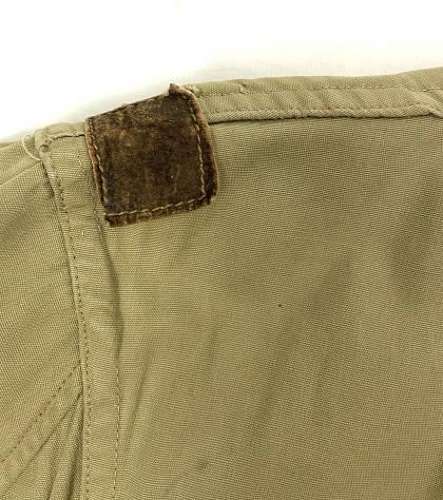 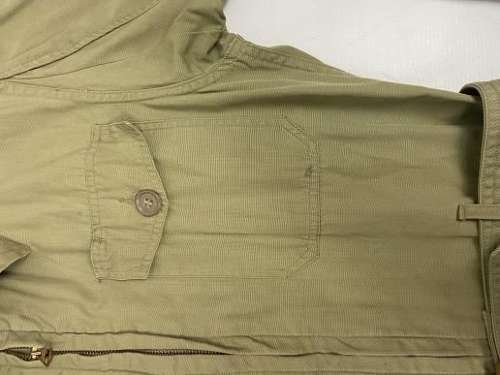 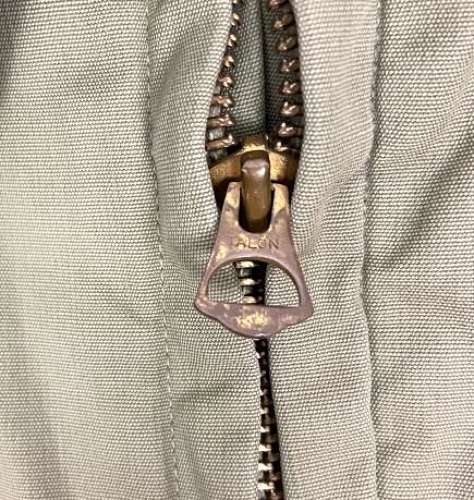 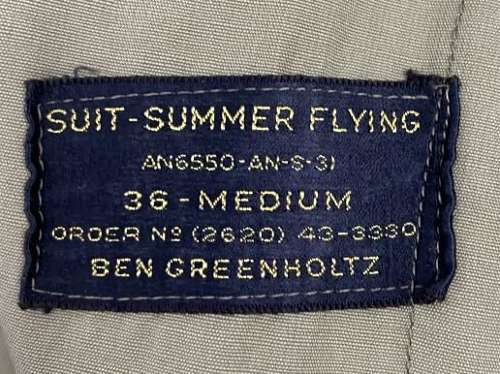 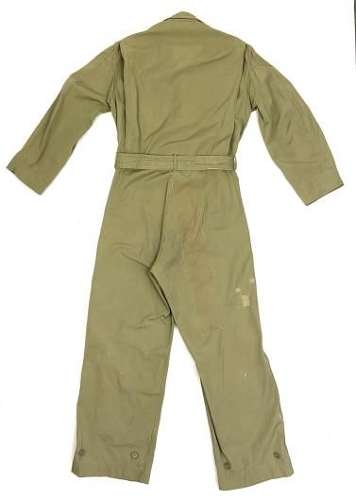 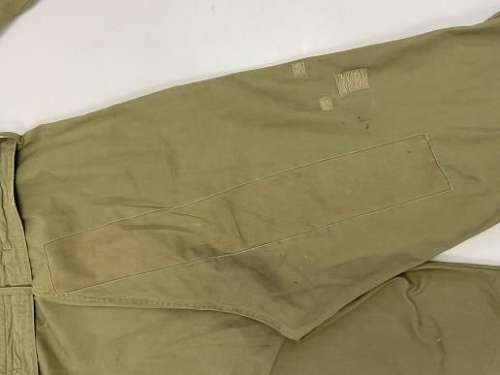 An original WW2 US AN-S-31 Flight Suit made from a light tan coloured gaberdine and in a size 36.

This pattern of flight suit was standardised in 1943 and was issued to aviators in both the United States Army Air Force as well as the United States Navy. It saw widespread issue throughout the Second World War in many theatres and was replaced at the very end of the war with the L-1, making this a genuine wartime item.

The suit is made from a light tan coloured gaberdine and features a two way brass 'Conmar' branded zip which closes the front of the suit. The chest bares a single buttoning patch pocket with two more similar pockets to the bottom of each leg. Ankle tabs can be found below these whilst a belt is fitted around the waist. This still retains its original plastic belt buckle which are often missing.

Each shoulder features a brown square of leather which is very worn and would have original featured a painted rank. Sadly this has worn off but it is a nice period feature none-the-less.

The suit retains its original label to the interior which states the size as '36 Medium' and the manufacturer as 'Ben Greenholtz'. The order number features '43' which denotes the year of manufacture.

The suit is in good condition and displays well. It has a variety of period repairs and patches which add character and authenticity to the garment. Please study the pictures and bear in mind that this is a pre-worn, issued item that is over 75 years old and may have small issues consummate with this.

All in all a nice original wartime flight suit which has some great period features. It would make a great addition to any collection without a doubt!