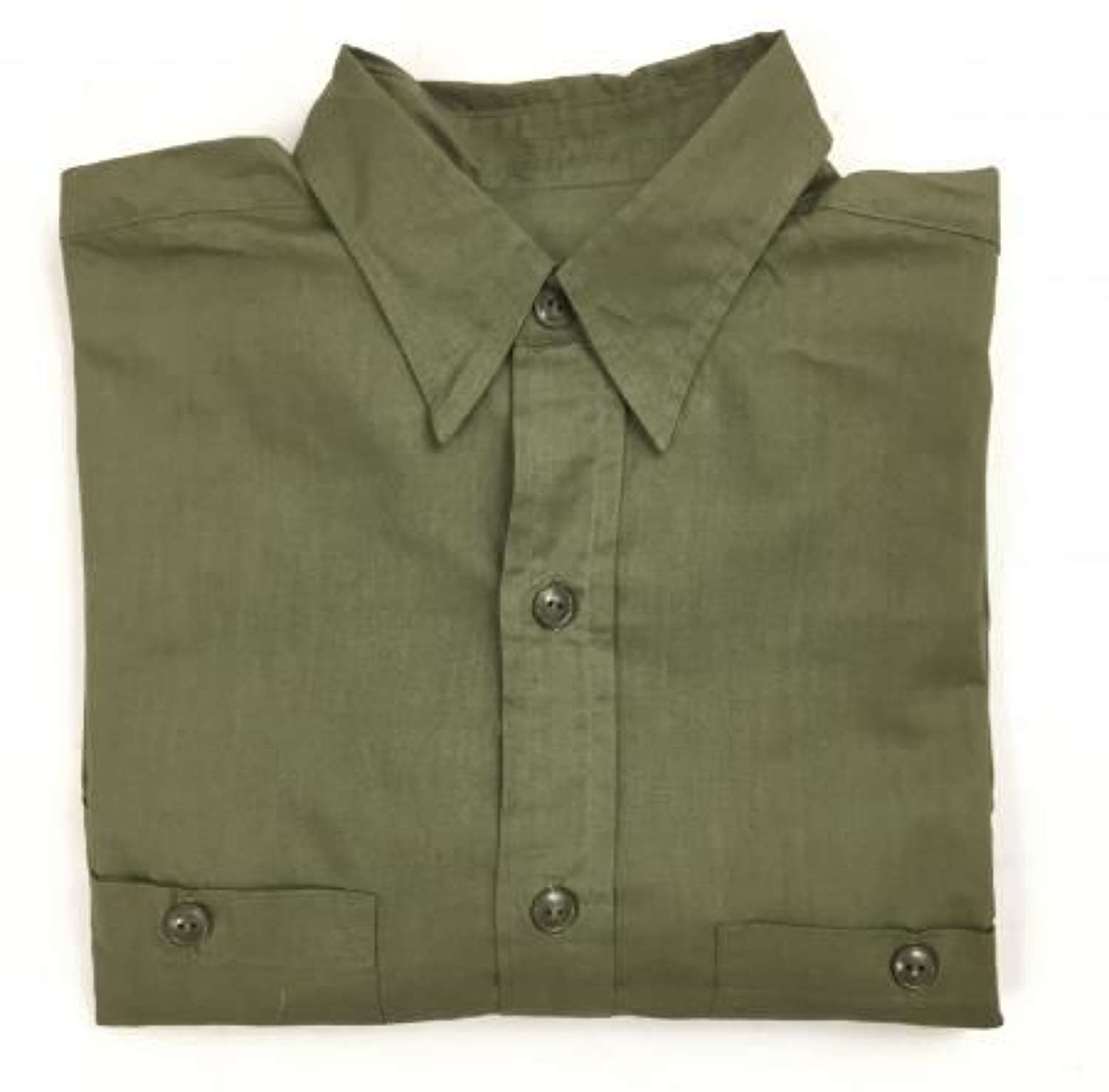 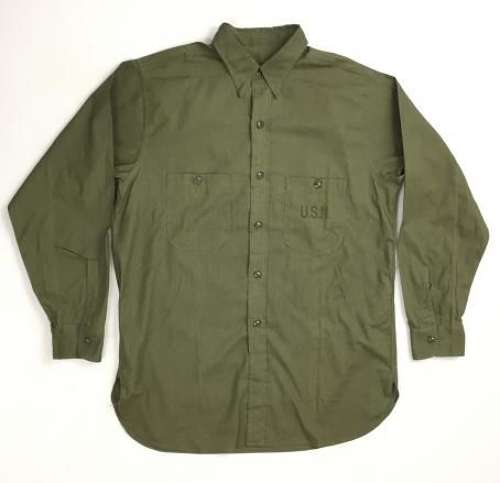 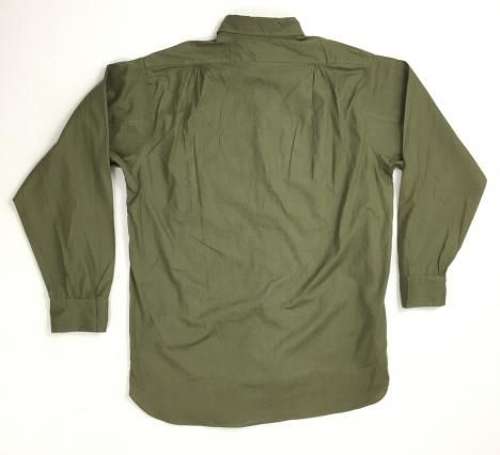 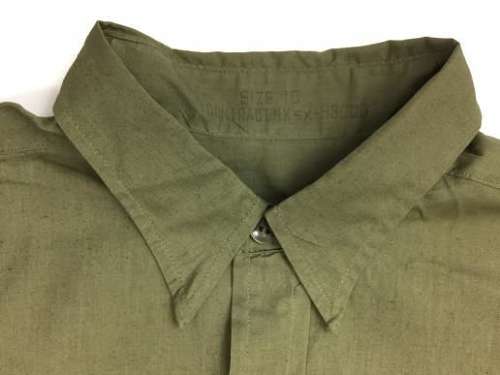 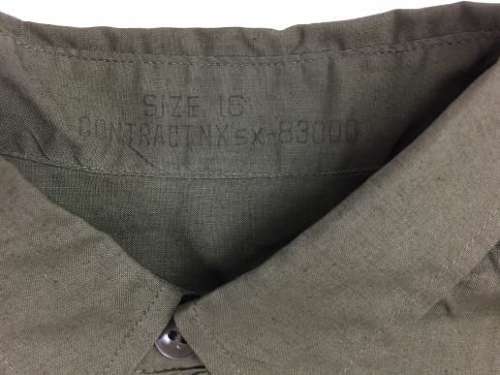 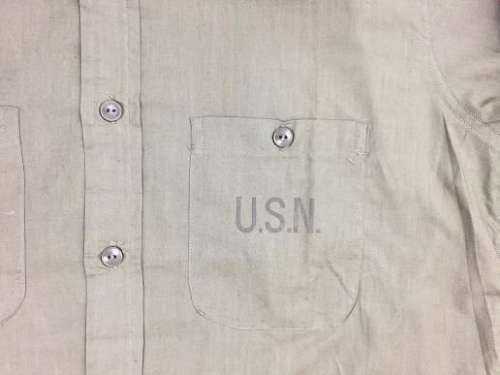 This pattern of shirt was introduced during the Second World War as a replacement for the blue chambray shirt. It saw issue in various theatres during the conflict and was also used in Korea and Vietnam subsequently.

This shirt closely follows the pattern of the blue chambray shirts issued during WW2. It has the same open top buttoning chest pockets and full button front. As well as this it features a spearpoint collar which is typical to find on shirts made during the 1940s.

Inside the collar the original stamps are still present. They are clear and legible and have not been worn away with wear as the shirt has clearly never been used. The navy contract is present as is the size which is stated as 16.

The shirt is in excellent unworn condition, as previously mentioned. All the buttons are present as is the USN stamp to the left chest pocket.

All in all a fantastic shirt which would be very hard to better!