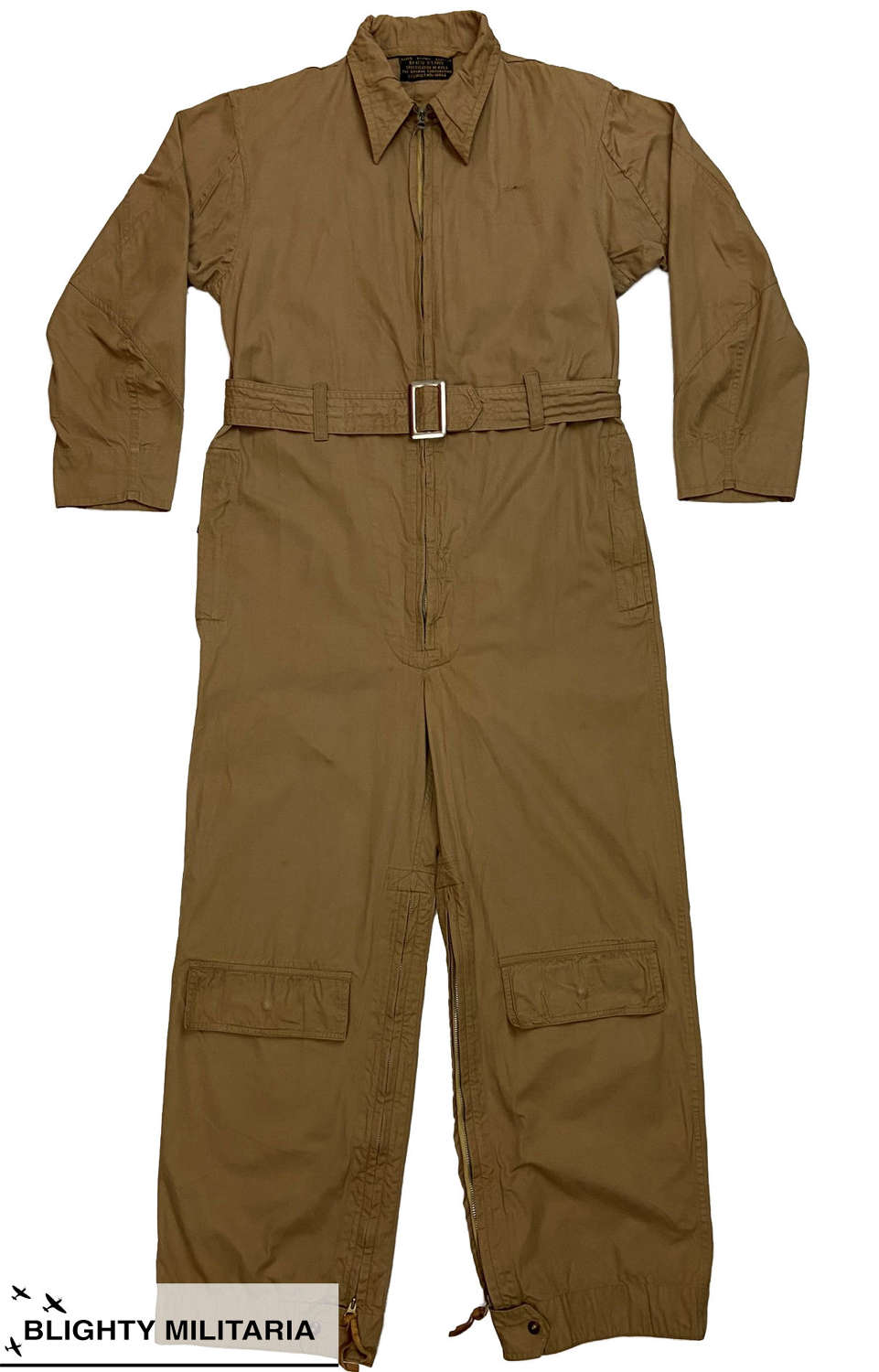 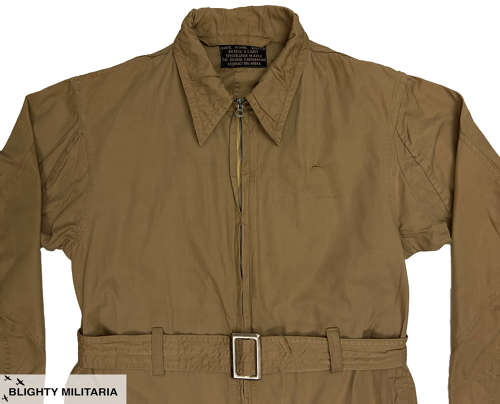 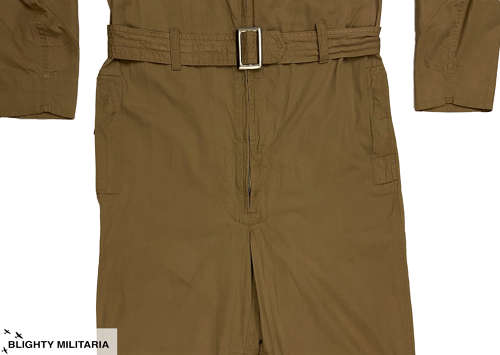 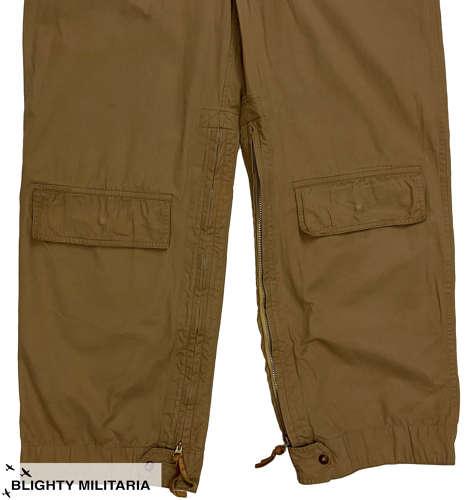 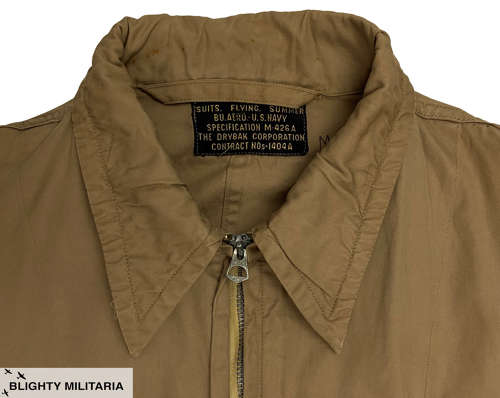 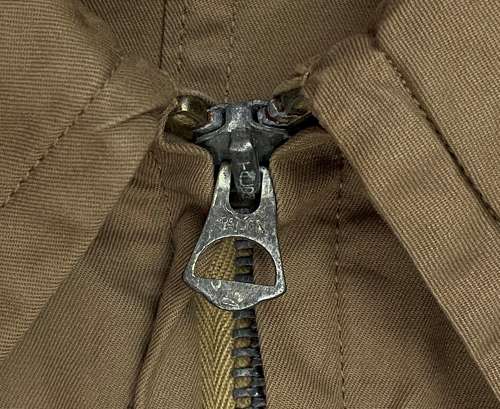 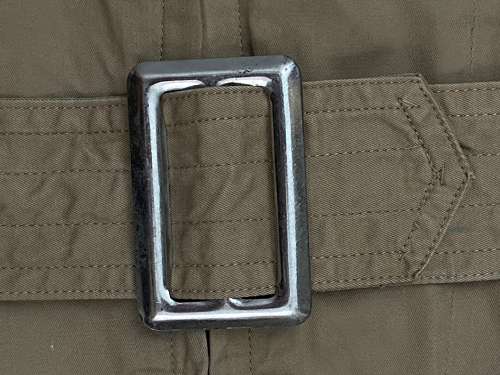 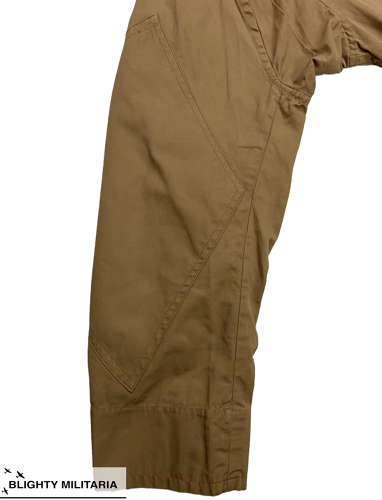 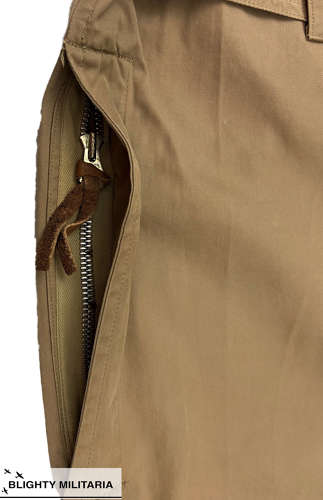 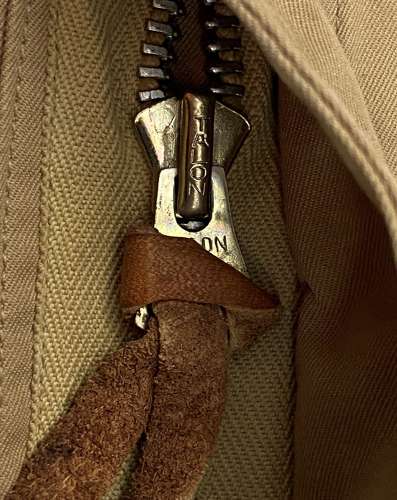 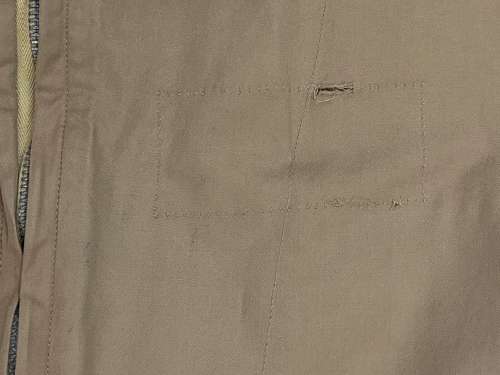 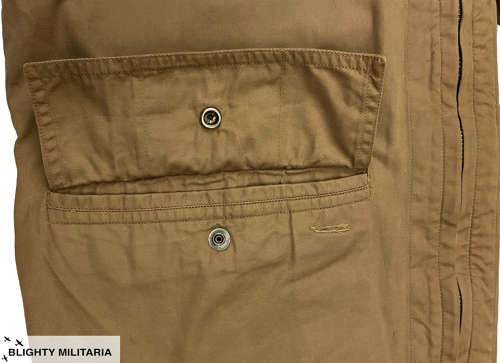 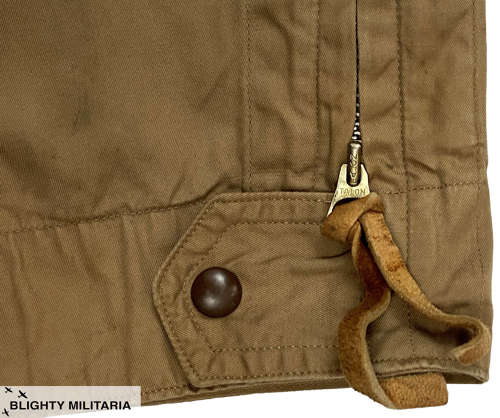 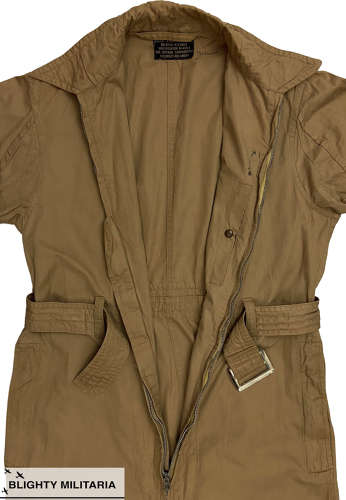 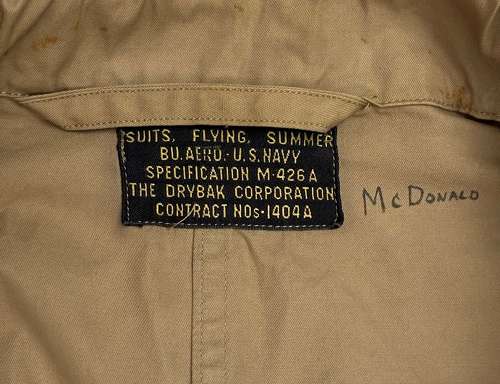 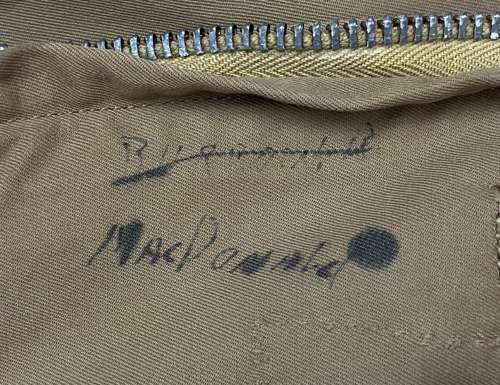 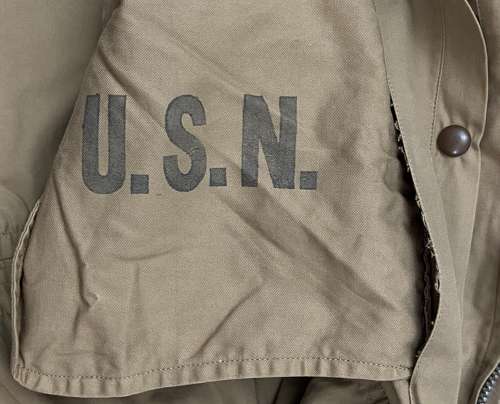 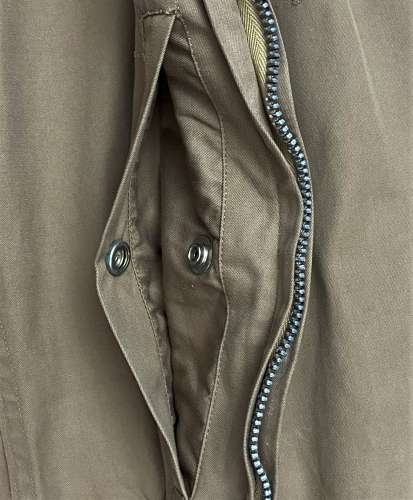 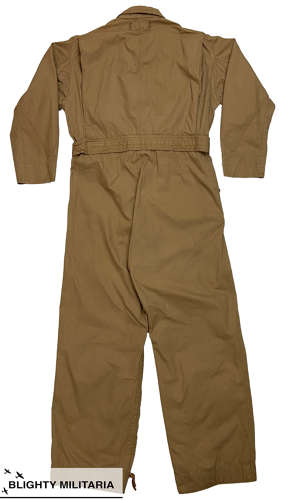 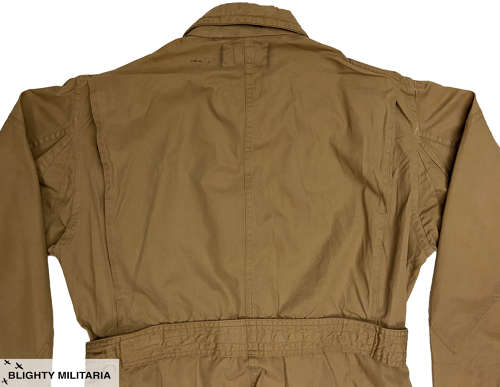 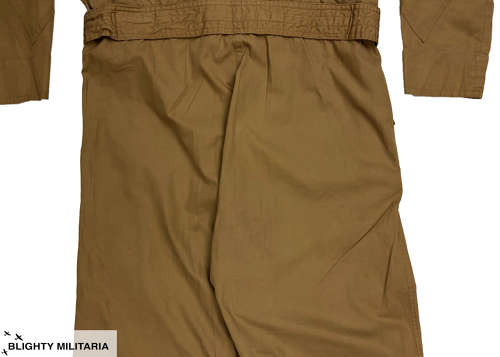 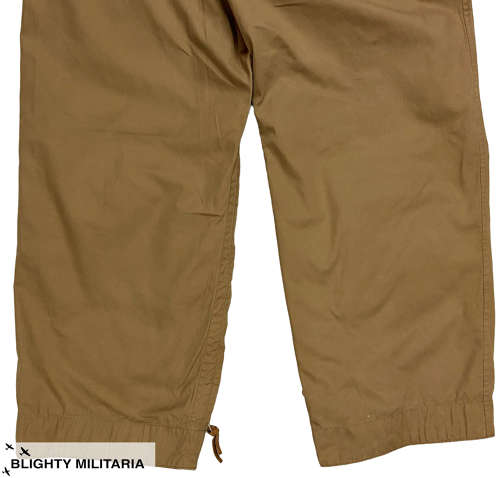 This contract was produced between March 1942 and June 1944 and is therefore a guaranteed wartime example. It is made from a khaki tan coloured cotton and is fitted with an M42 chrome plated Talon zipper to the front. The suit retains its original waist belt which is made from the same cotton as used for the rest of the suit and is fitted with a chrome plated metal buckle. Zipped pockets are located at each hip and lower flapped pockets can be found towards  the bottom of each leg and fasten with press studs. There are also zips to the inside of each leg and ankle tabs to the cuff, which again fasten with press studs. There is evidence of where the original owner's leather name tag has been removed. The suit bears two names to the interior so it is most likely the name tag related to the first owner. The rear of the overall features an action back and half belt, typical of American military jackets from this period. The sleeves also feature a diamond shaped reinforcement patch which is a great design detail.

Inside the suit there is a single interior pocket which fastens with a press stud and bears the USN marking. The original label is also present below the hanging loop. The main label features yellow writing on a black field and bears the title 'Suits, Flying, Summer, BU. Aero - U.S. Navy Specification M-426A' along with the maker's name of 'Drybak' and the contract number of 1404A.

It is worth remembering when studying the above measurements that overalls tend to have a dropped crotch so will fit a longer length than shown in the measurements.

The suit is in good condition as can be seen in the pictures. There are some signs of wear and use along with some marks etc. All the zips work and there is a small hole where the leather name tag has been removed. Please study the pictures before purchasing and bear in mind that this is a pre-worn, vintage item which may have other small flaws commensurate with age.

A nice example of this pattern of flying suit!