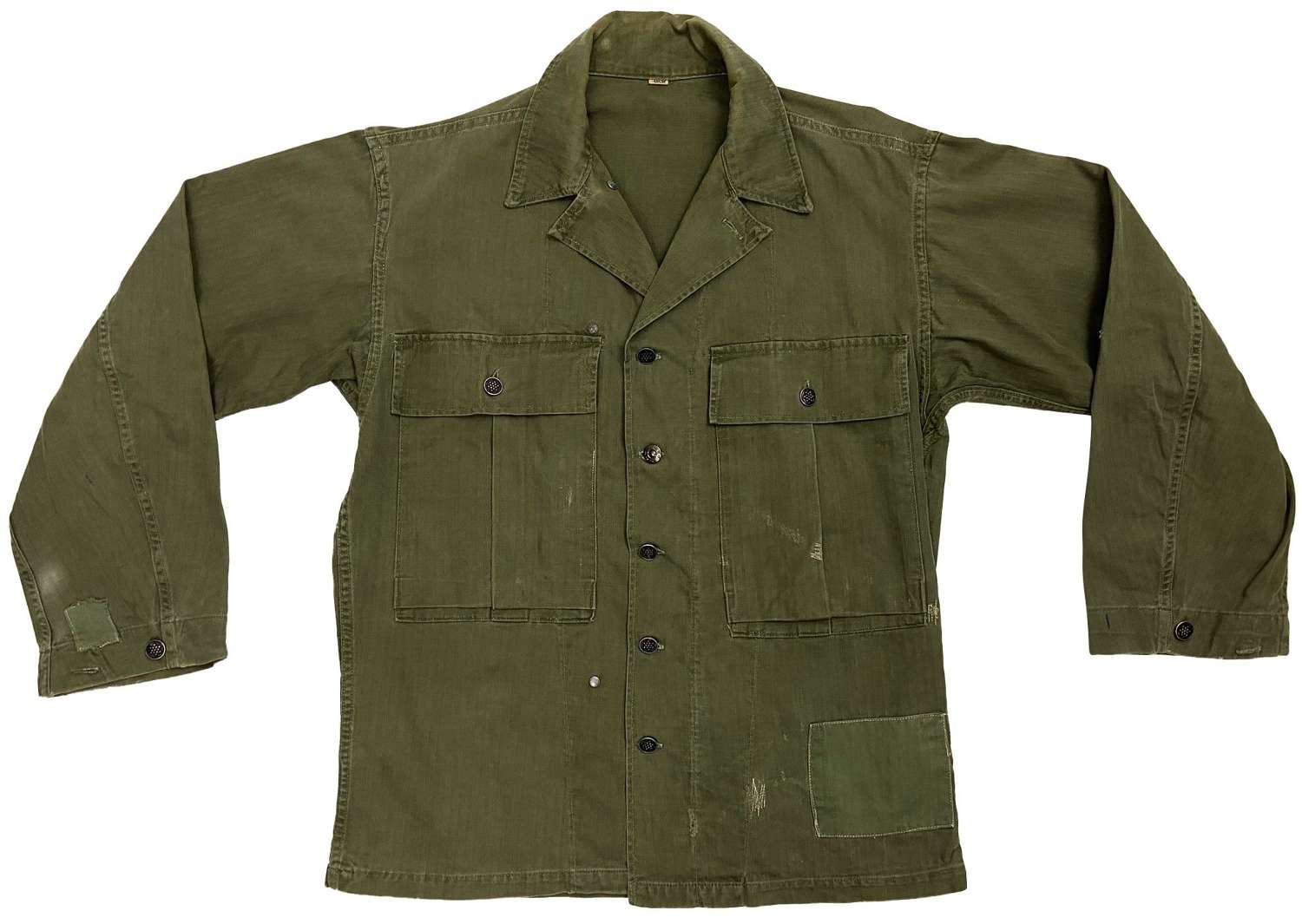 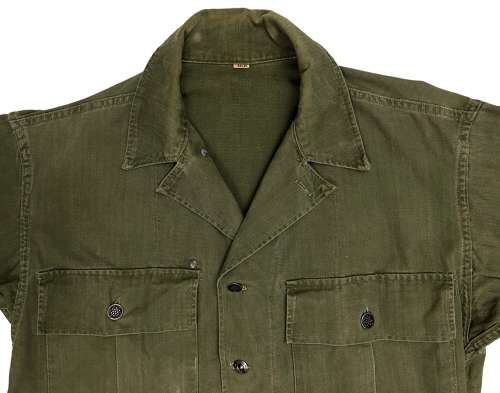 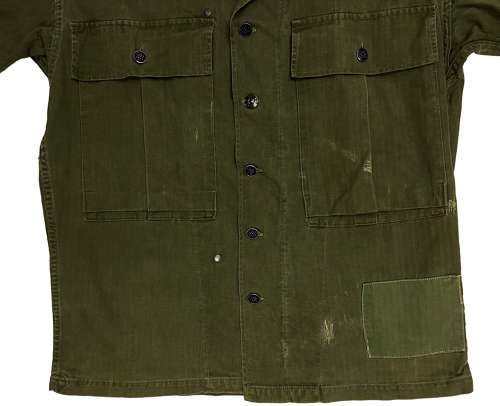 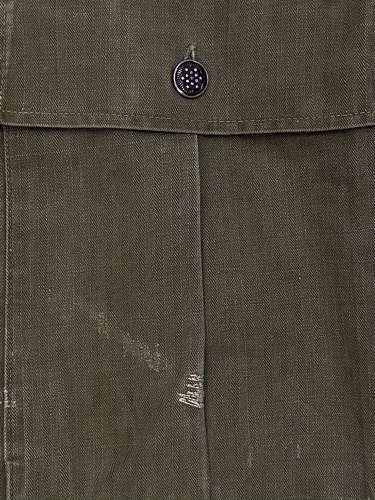 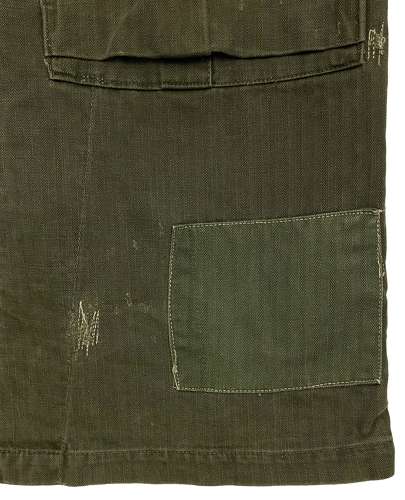 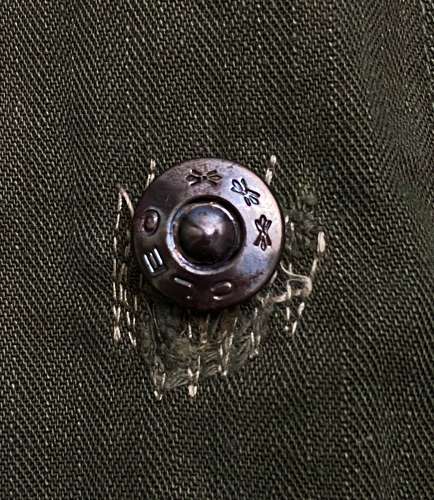 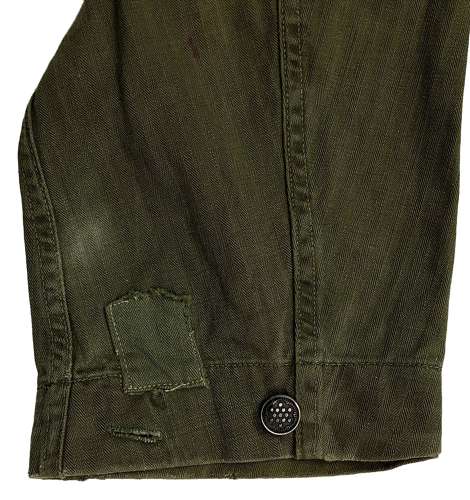 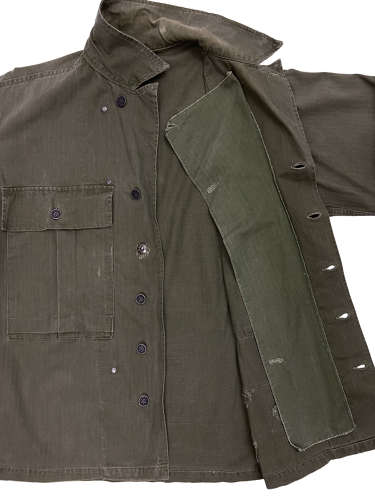 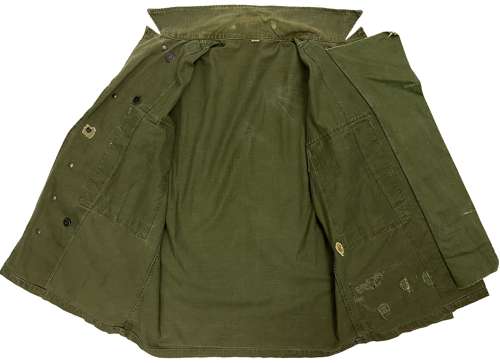 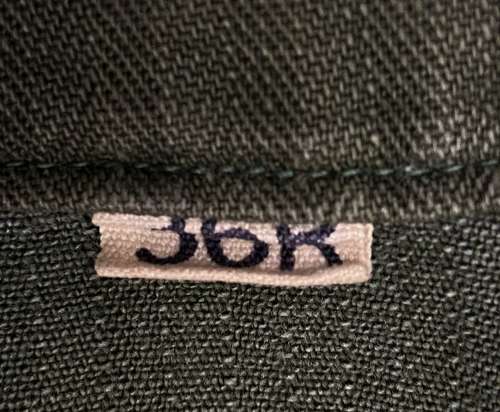 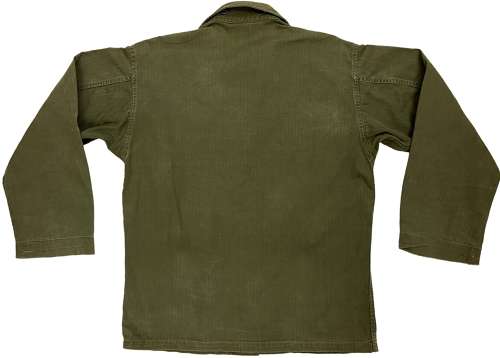 Officially designated 'Jacket, HBT, OD7, Special', this pattern of jacket was introduced in mid 1943 and saw service throughout the rest of the war. It was however superseded by the fourth pattern HBT jacket in July 1944 meaning it was only made for a short period of the war.

The jacket is made from the standard green coloured herringbone twill material used for all US Army workwear during the Second World War. The jacket features large double-pleat action of vertical and horizontal pleats to the chest which are the trademark of the third pattern jacket. The cuffs can be fastened around the wearers wrists and there is an integral gas flap which fastens behind the main opening.

The jacket is in used condition with plenty of character. It has a number of patches made from the same HBT material used to make the jacket. As well as this are a number of machined darns and one button has been replaced with a period example marked 'Cleo'. The jacket is still very wearable but please study the pictures carefully before purchasing.