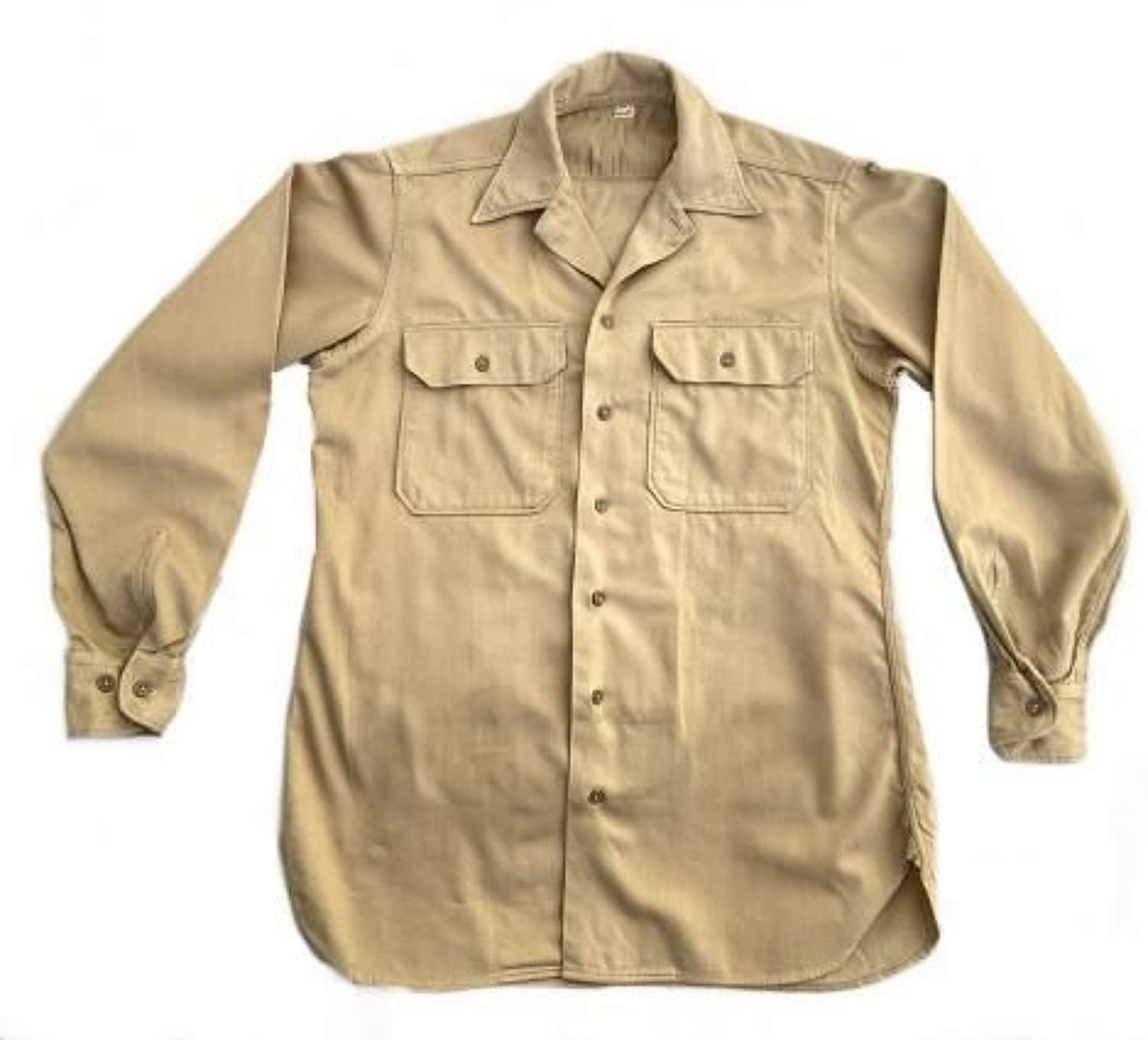 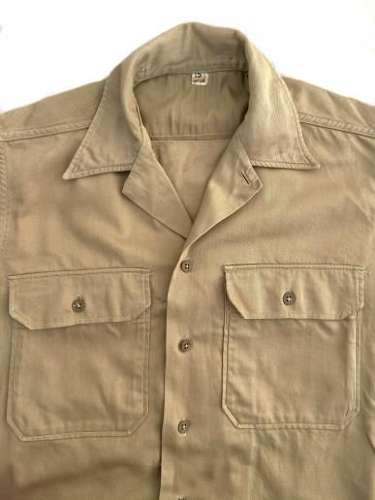 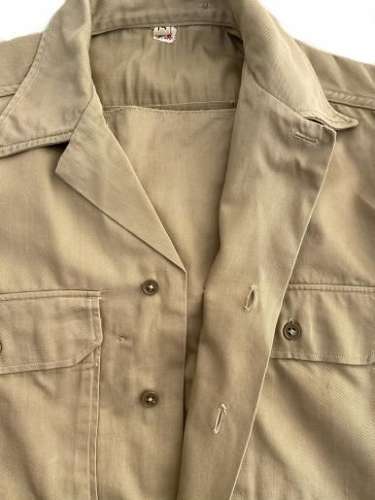 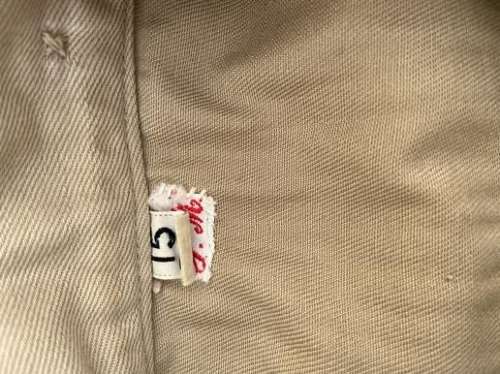 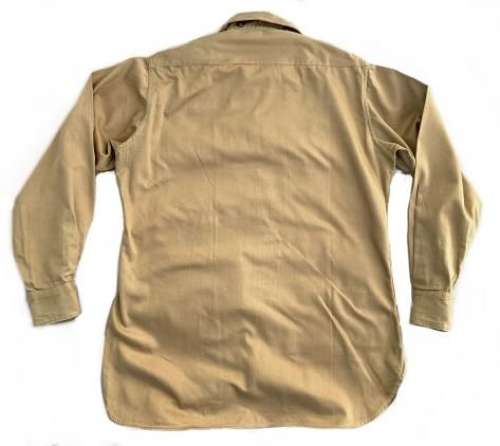 SOLD
An original US Army Tan Summer Shirt dating from the later part of the Second World War.

This pattern of shirt was used both stateside and in theatres with a hot weather climate such as North Africa, Italy and the Pacific. It is the Enlisted Men's pattern rather than the officers version and features the gas flap which fastens across the inside of the opening of the shirt.

Inside the neck of the shirt the original size tag is still present and reads '15 34'. As well as this the original owner has added a name tag which bares the initials 'J.M'

The shirt is in good condition for its age with no signs of excessive wear or use. It displays very well and clearly has plenty of wear left in it.

All in all a nice wartime US shirt in good condition which would make a good addition to any collection.