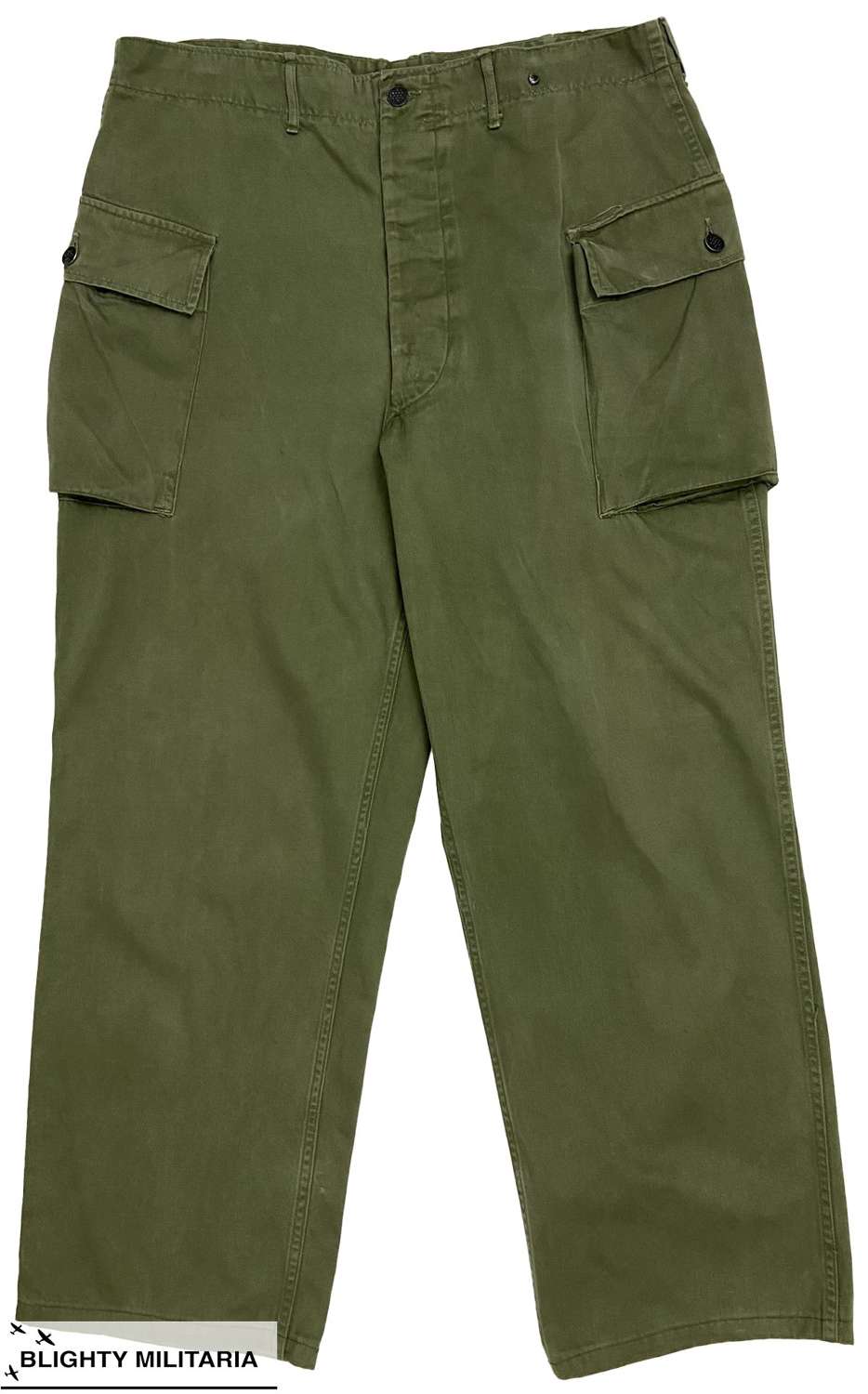 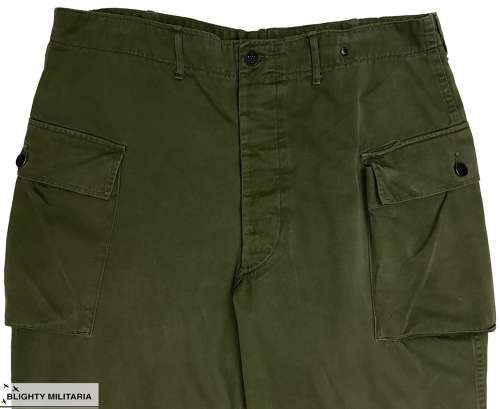 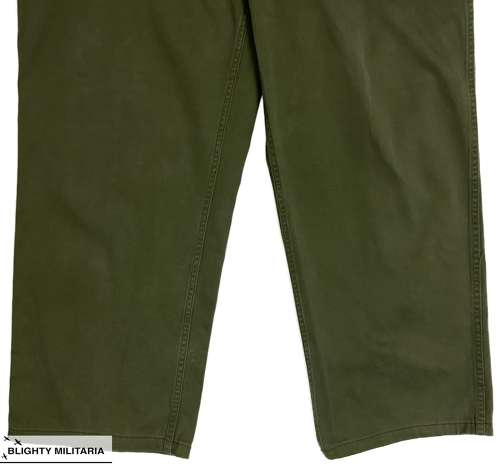 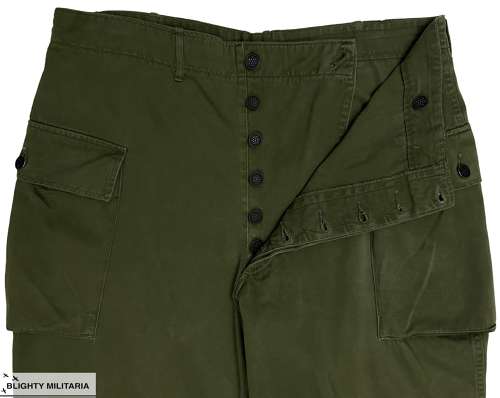 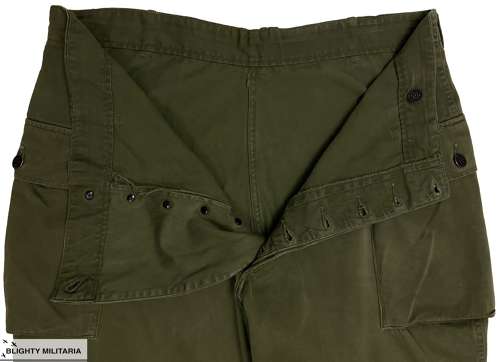 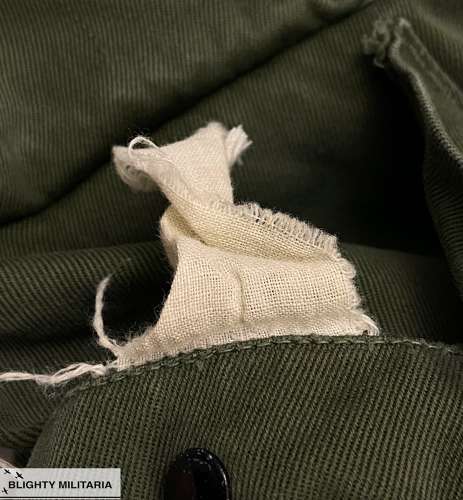 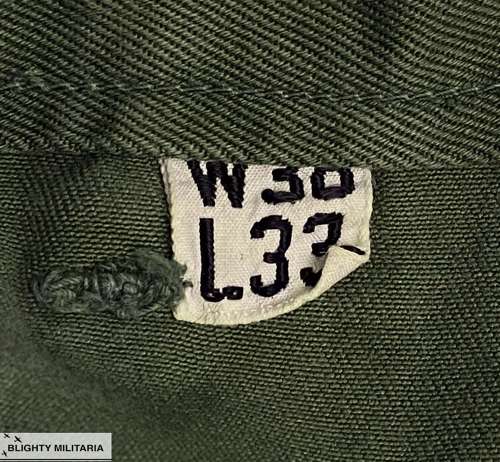 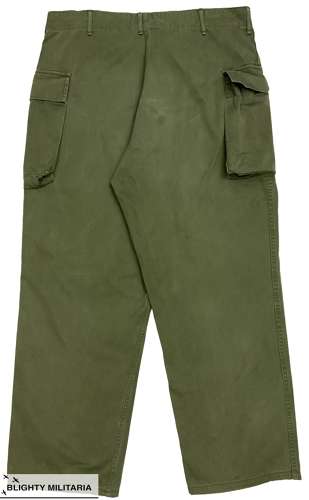 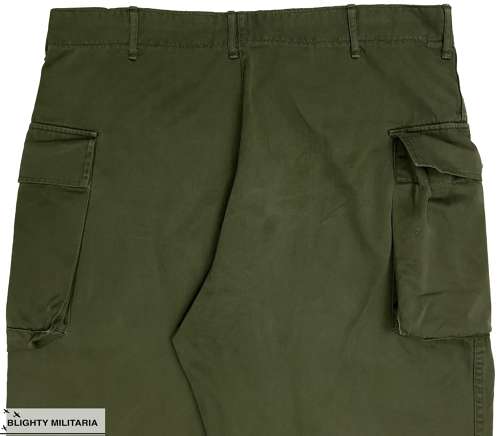 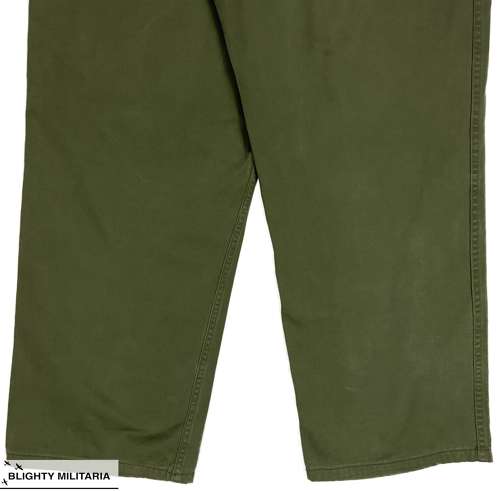 This pattern is often referred to as the 1942 pattern and came into service with the US Army in 1943. They saw issue throughout the rest of the war with a wide variety of units including the USAAF.

These examples are the dark shade Olive Drab No 7 feature the gas flap and retain all of their original metal 13 star buttons. The most distinctive feature of the second pattern trousers is the large cargo pockets fitted to the outside of each leg. They feature a pleat down the centre which allows them to expand and creates extra carrying space.

Inside the waistband is a size tag which reads W38 L33 and inside one of the cargo pockets is the original tag which is now washed out leaving no details legible.

The trousers are in good wearable condition with some signs of previous use and age. Overall they display well and have no serious flaws or issues. Please take time to study the pictures and bear in mind that these are a vintage pair of pre owned work trousers which may have small issues commensurate with age.