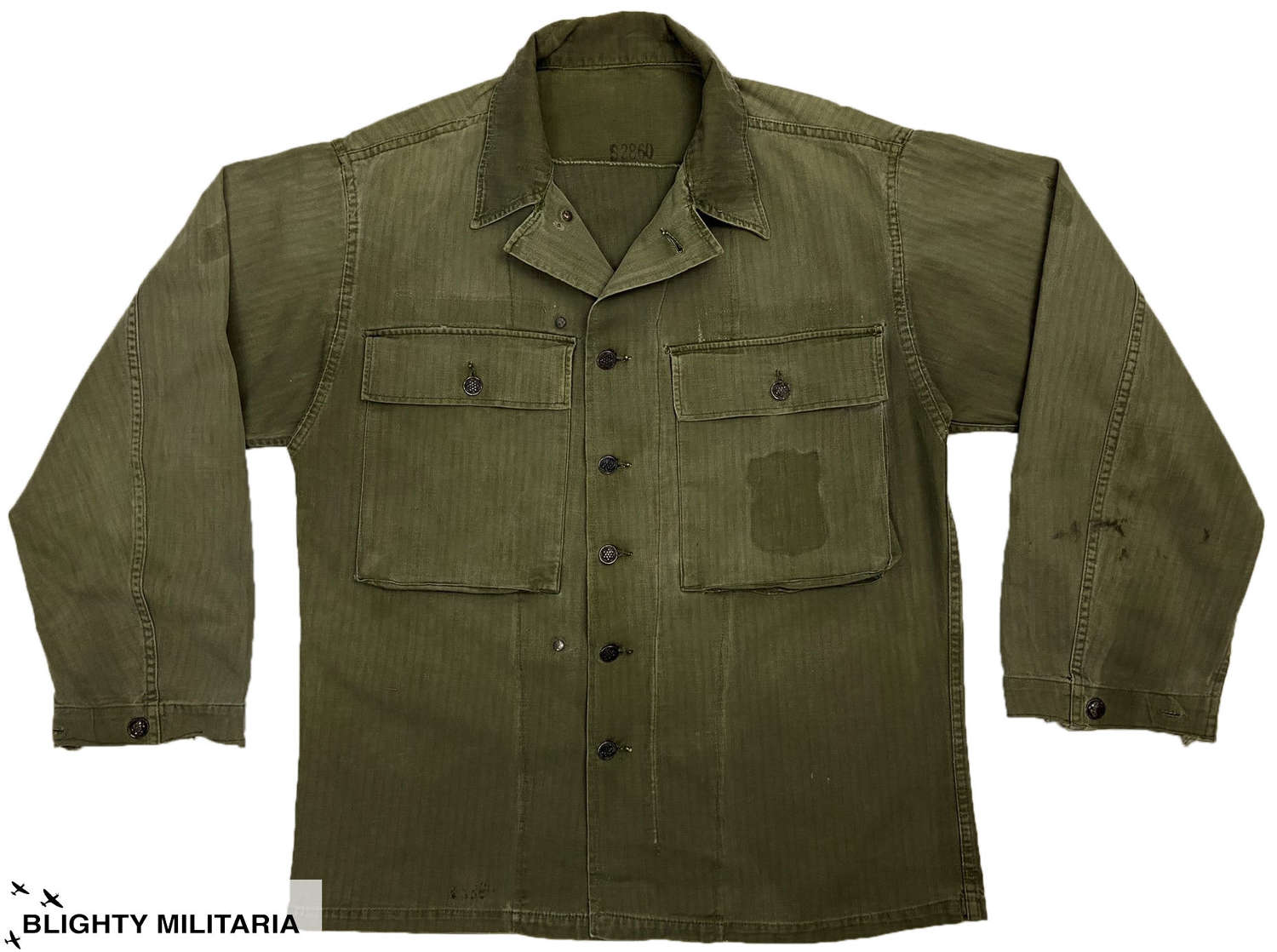 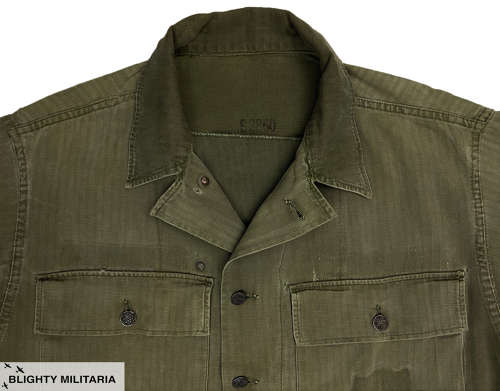 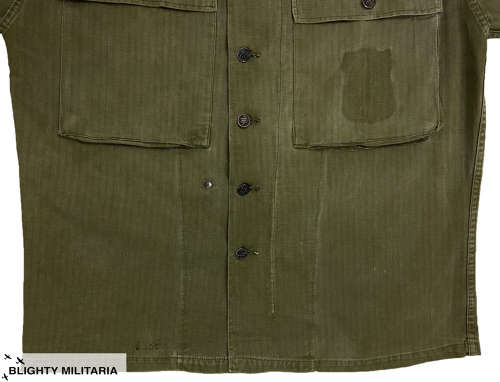 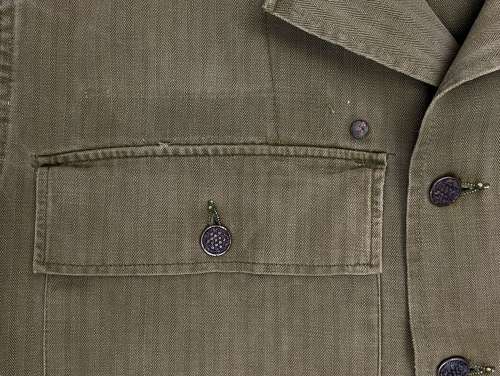 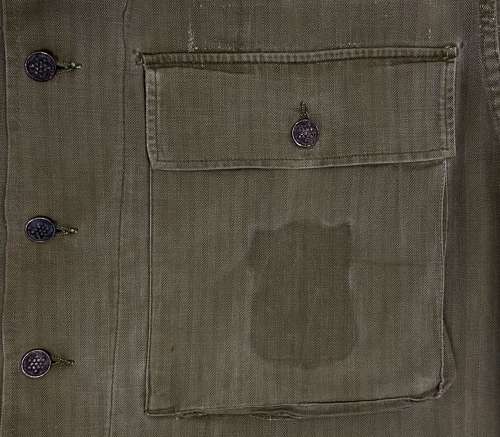 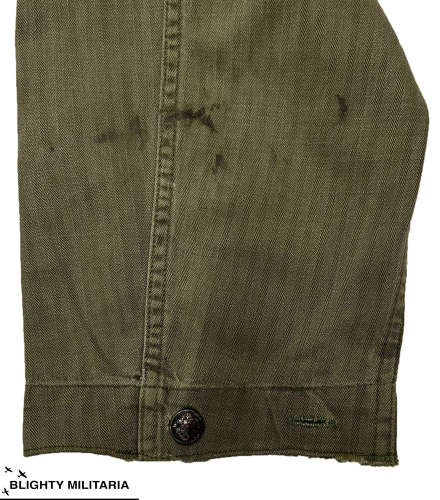 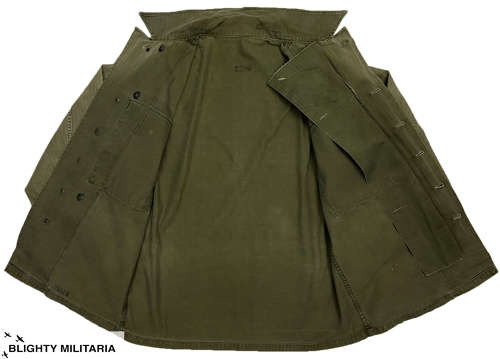 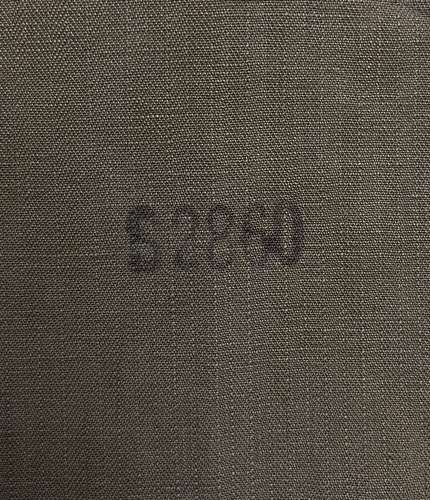 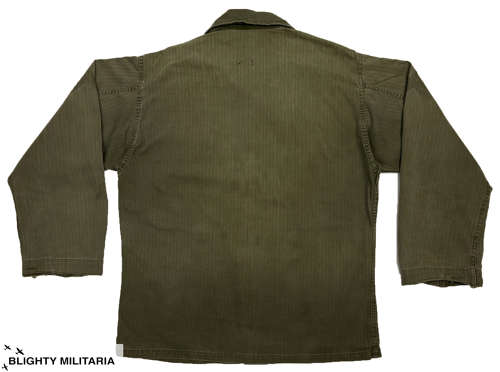 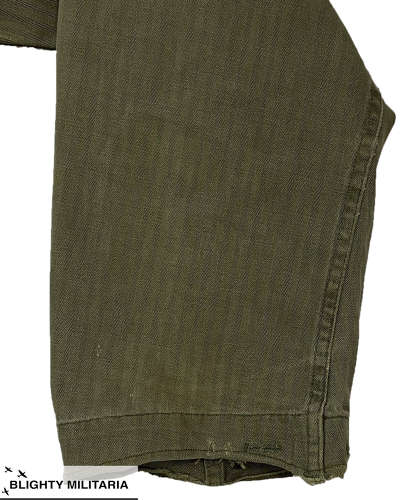 This pattern of jacket was introduced to replace the first pattern example and saw service throughout the rest of the war. The jacket is made from the herringbone twill material used for all US Army workwear during the Second World War and is fitted with metal 13 star buttons throughout. The jacket features large pockets to the chest which are the most obvious piece of design found on the second pattern jacket. The cuffs can be fastened around the wearer's wrists in two positions. There are shadows to both sleeves as well as to the front where rank badges have previously been fitted.

The original size tag is no longer present although it was most likely originally labelled as a 38R. It will easily fit a modern 42" chest and when laid flat the jacket measures -

The jacket is in wearable condition with signs of age and use. There are marks and repairs, notable to the cuff, which are detailed in the pictures. The jacket has some excellent fades to it and loads of character but please study the pictures and bear in mind that this is a vintage item with some minor flaws.

A good original WW2 fatigue jacket and in a harder to find larger size.