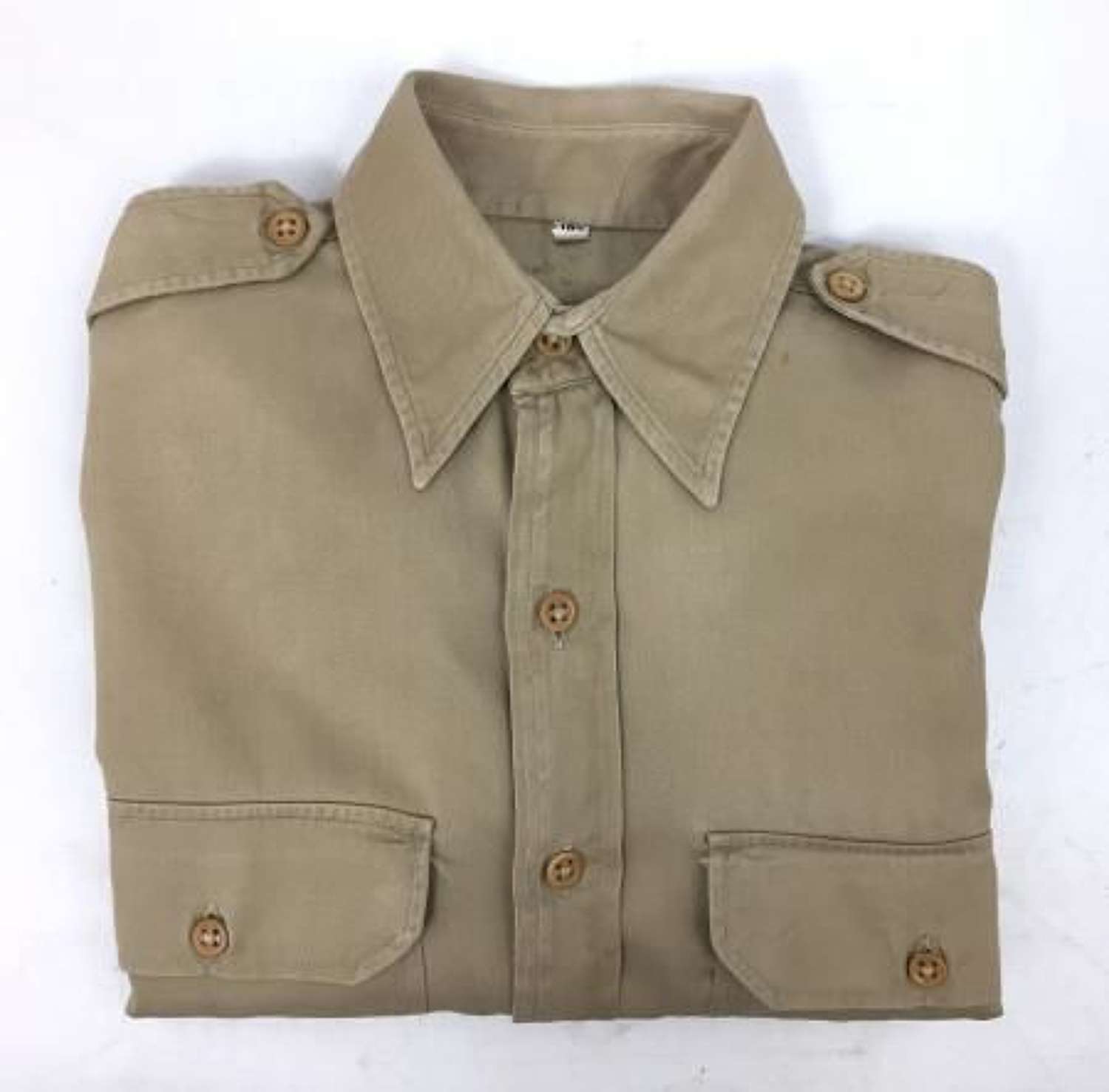 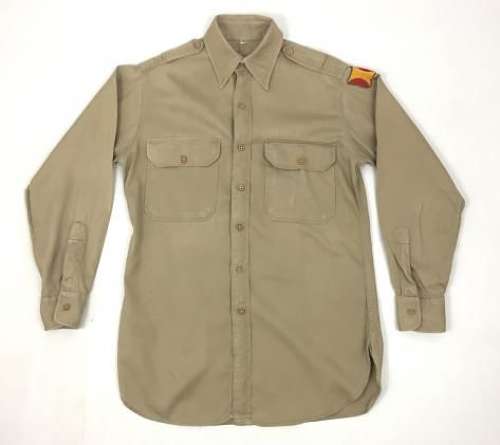 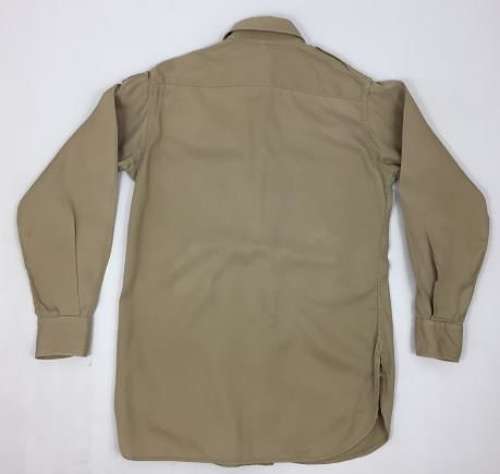 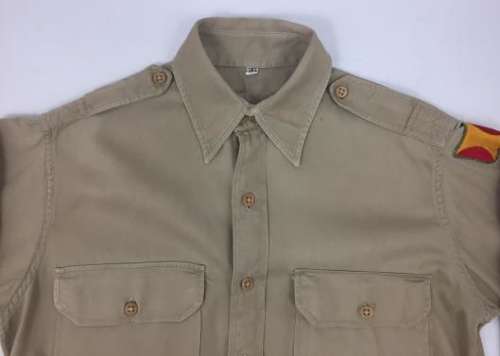 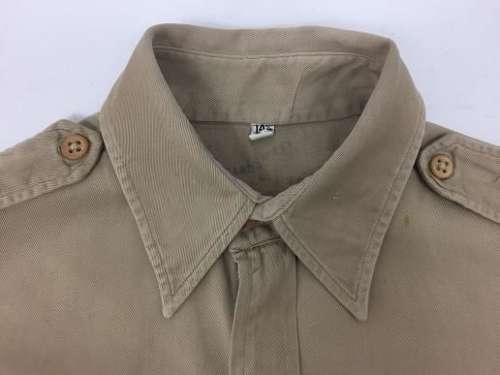 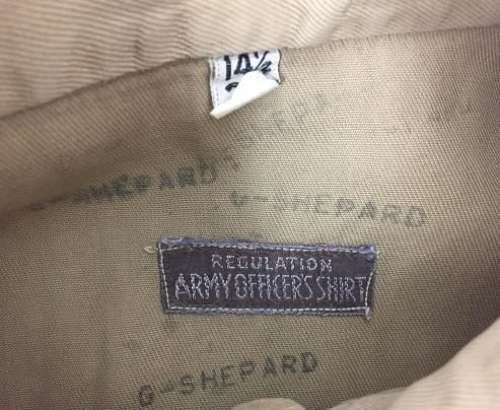 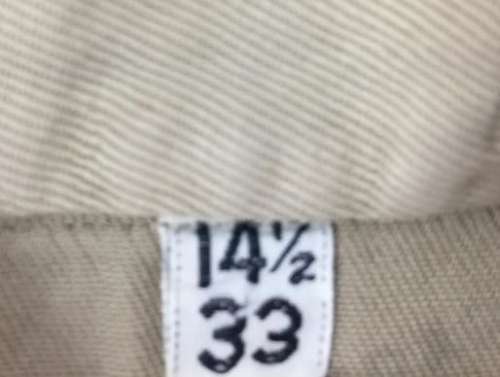 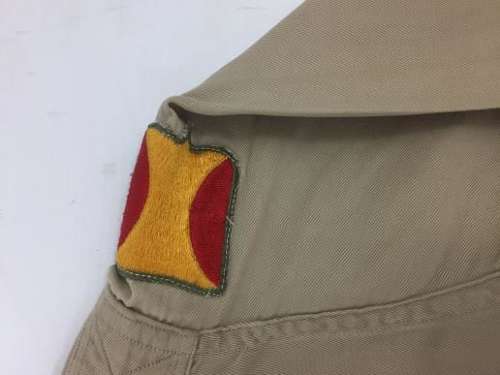 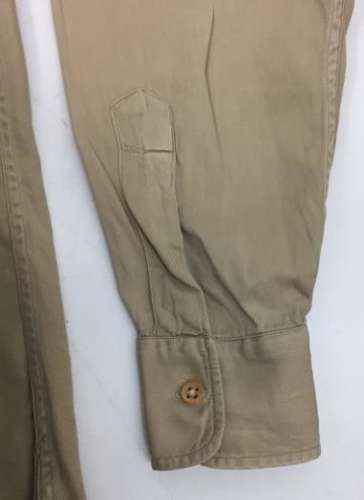 This pattern of shirt was used during the Second World War by Army and Army Air Force Officers. It is made in accordance with US Army regulations and therefore features a full button front, two patch pockets to the chest, epaulettes and a buttoning barrel cuff.

Inside the shirt retains its original label which is the standard 'Regulation Army Officers Shirt' commonly found. The original owner has marked his name numerous times around the label which reads 'G - Shepard'. The size tag can be found above this which reads 14 1/2 - 33.

The left sleeve features an original embroidered Panama Canal Depot patch which would appear to be original to the shirt.

The shirt is generally in good condition and displays well. There is some light soiling from use and age and a very small hole to the right of the left breast pocket. Overall however it displays well.

All in all a nice original shirt which would suit both the re-enactor and collector well.