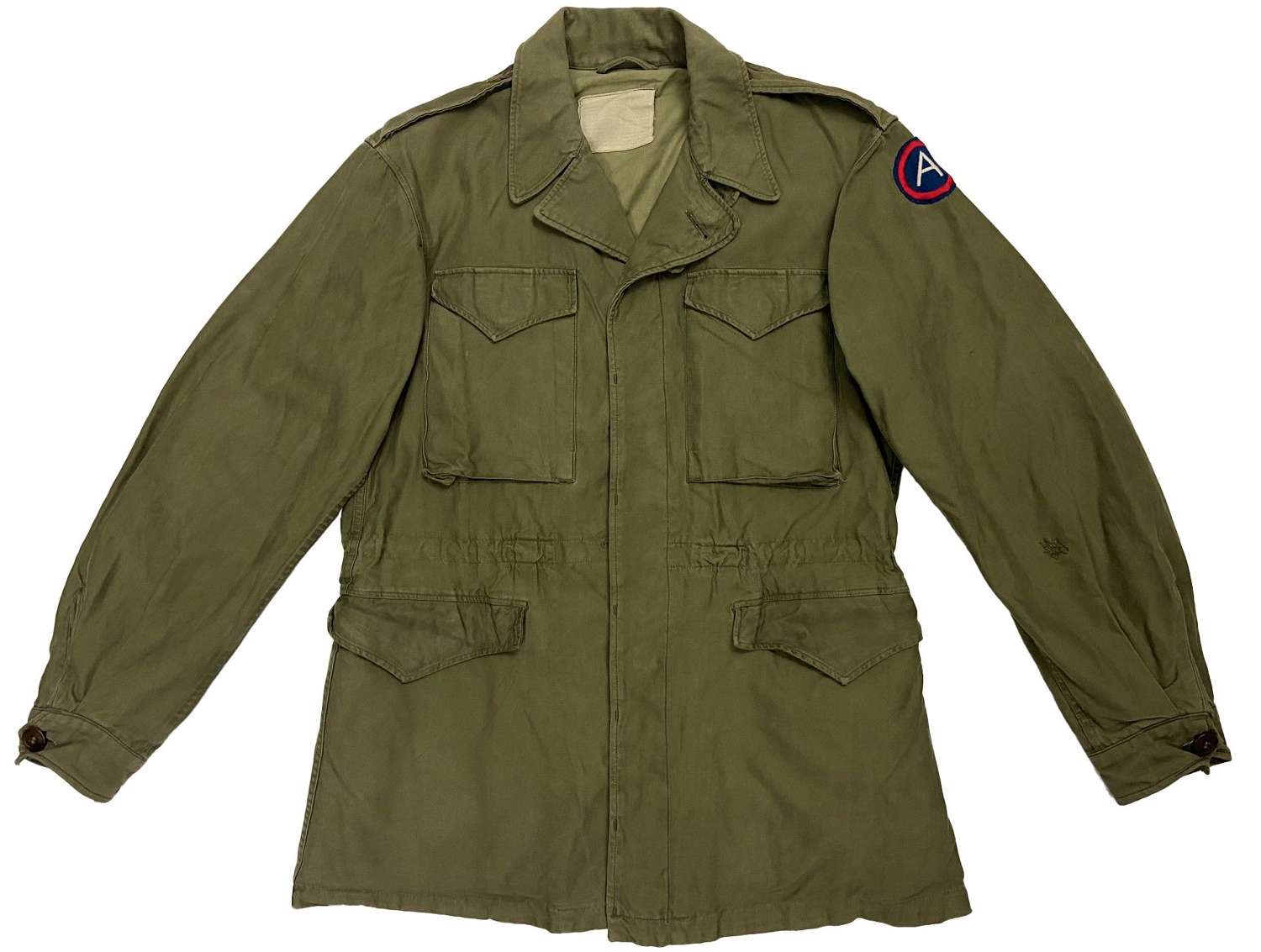 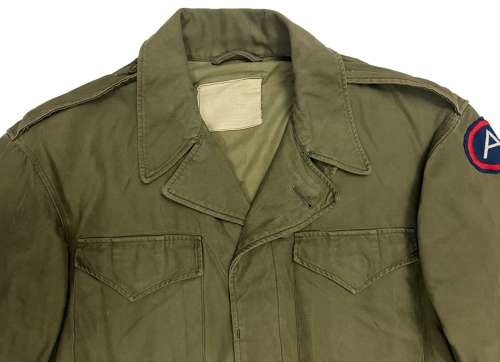 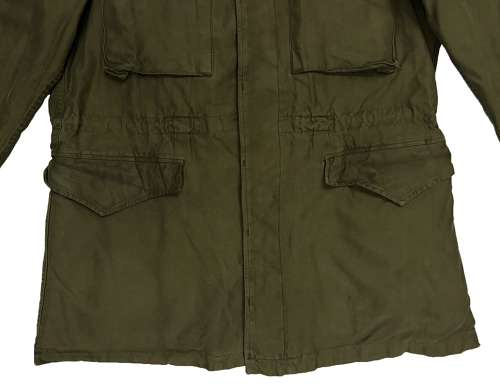 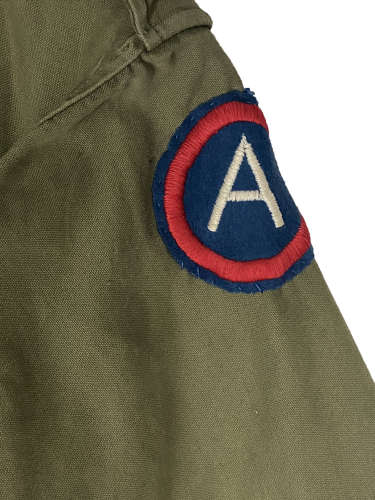 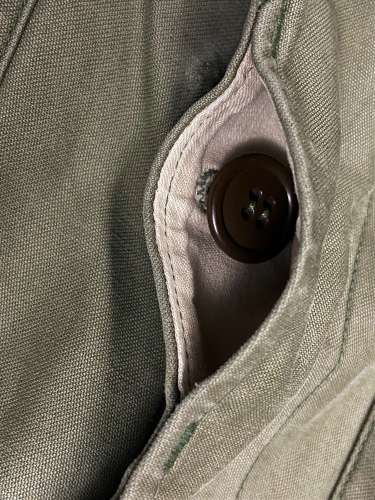 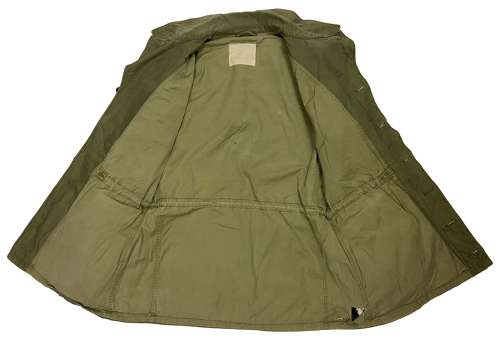 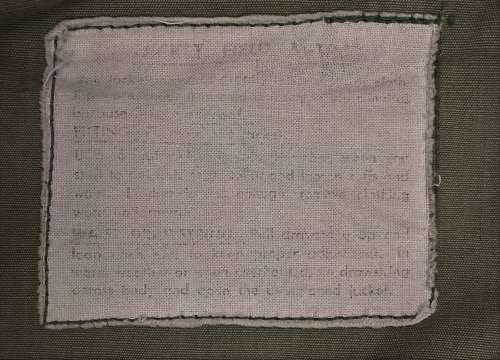 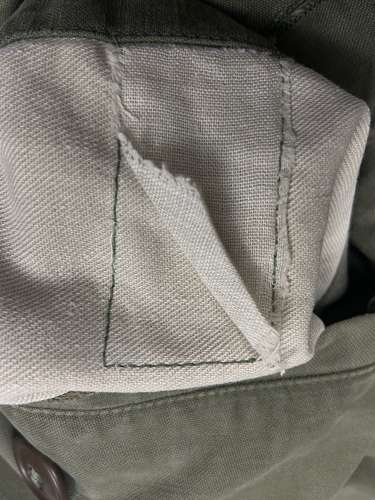 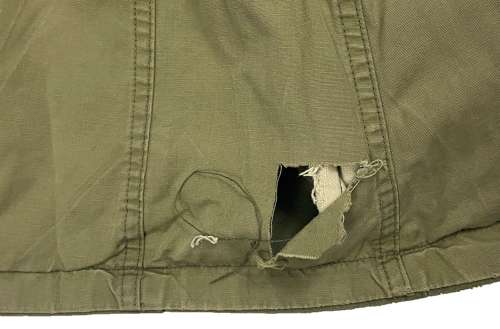 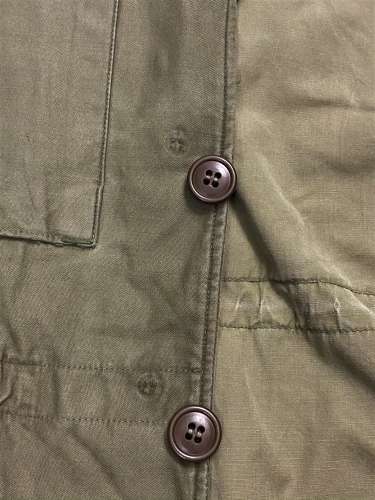 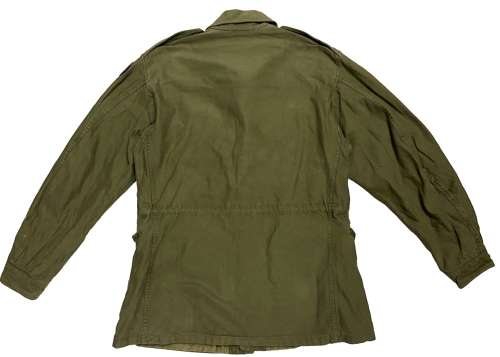 The jacket is made from an olive drab coloured sateen fabric which was chosen for its windproof and waterproof qualities. The interior is made from a tightly woven poplin cotton whilst the pockets are lined with white cotton drill. A drawstring is usually fitted to the waist although it has been removed on this example.  The front fastens with buttons which are the same style of buttons are used to fasten the cuff and have been moved across slightly.

Inside the lower right hand pocket the original label is still present. It is washed out, as they so often are, sadly leaving no details legible. I would suggest the jacket is either a 36L or 38L based on the measurements and when laid flat the jacket measures -

Crucially, the jacket still retains its large label situated to the interior below the collar. These are nearly always missing from jackets offered on the market today.

The jacket is in good condition with some signs of wear and use and minor staining. Overall it is a very wearable jacket which displays nicely. There is an L shaped tear to the interior and there may be some other minor issues relating to age and use.

A nice original WW2 period combat jacket which would suit a collector or re-enactor well!