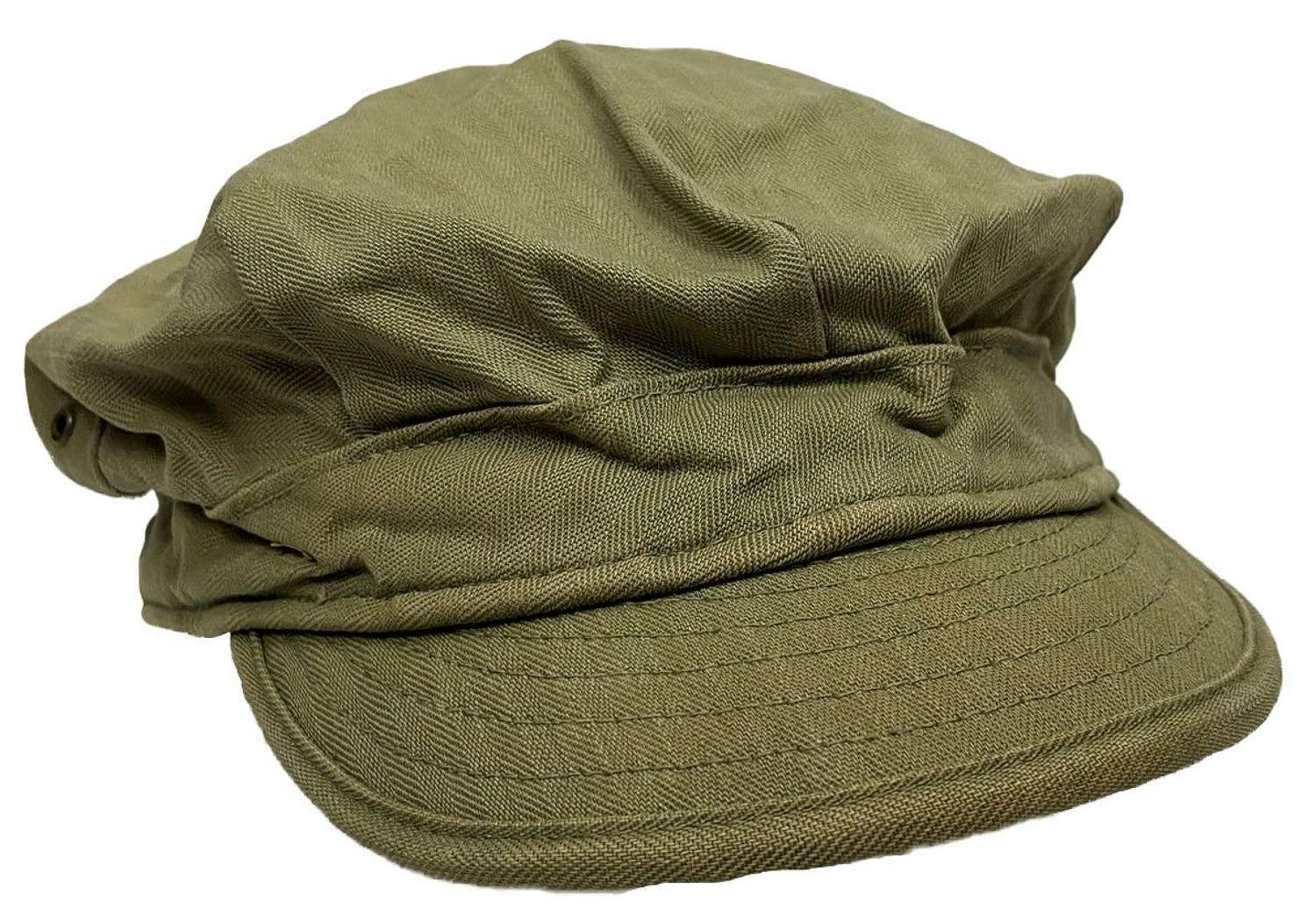 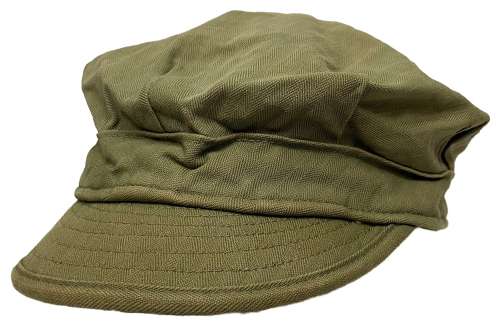 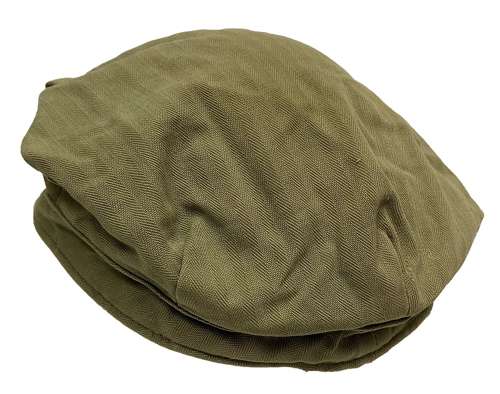 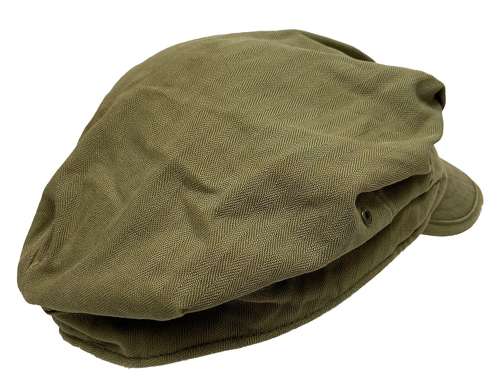 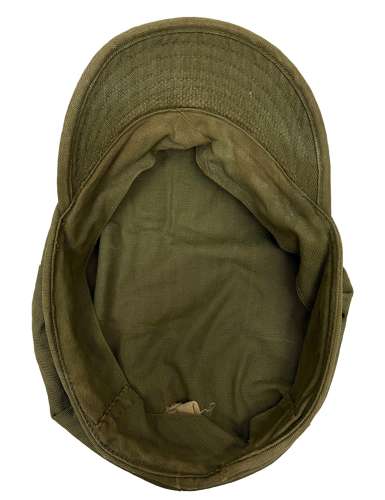 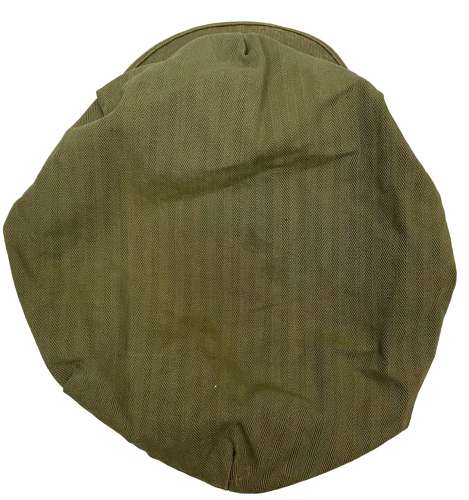 This pattern of cap came into issue with the US Army during the Second World War and saw widespread issue, being replaced with the long bill pattern in 1944.

The cap is made from the standard green coloured HBT material used for American Military workwear during the Second World War. It features a stitched peak, two green painted metal vent holes to each side and a label to the interior of the usual style used during this period. Sadly the label has been washed out leaving no details pertaining to date or size. It will fit a size 7 head well.

The cap is in good condition as can be seen in the pictures. It has been washed and faded out giving it an authentic, 'been there' look. It has some staining and wear but overall displays well.

A great worn in example which would suit a collector or re-enactor well!