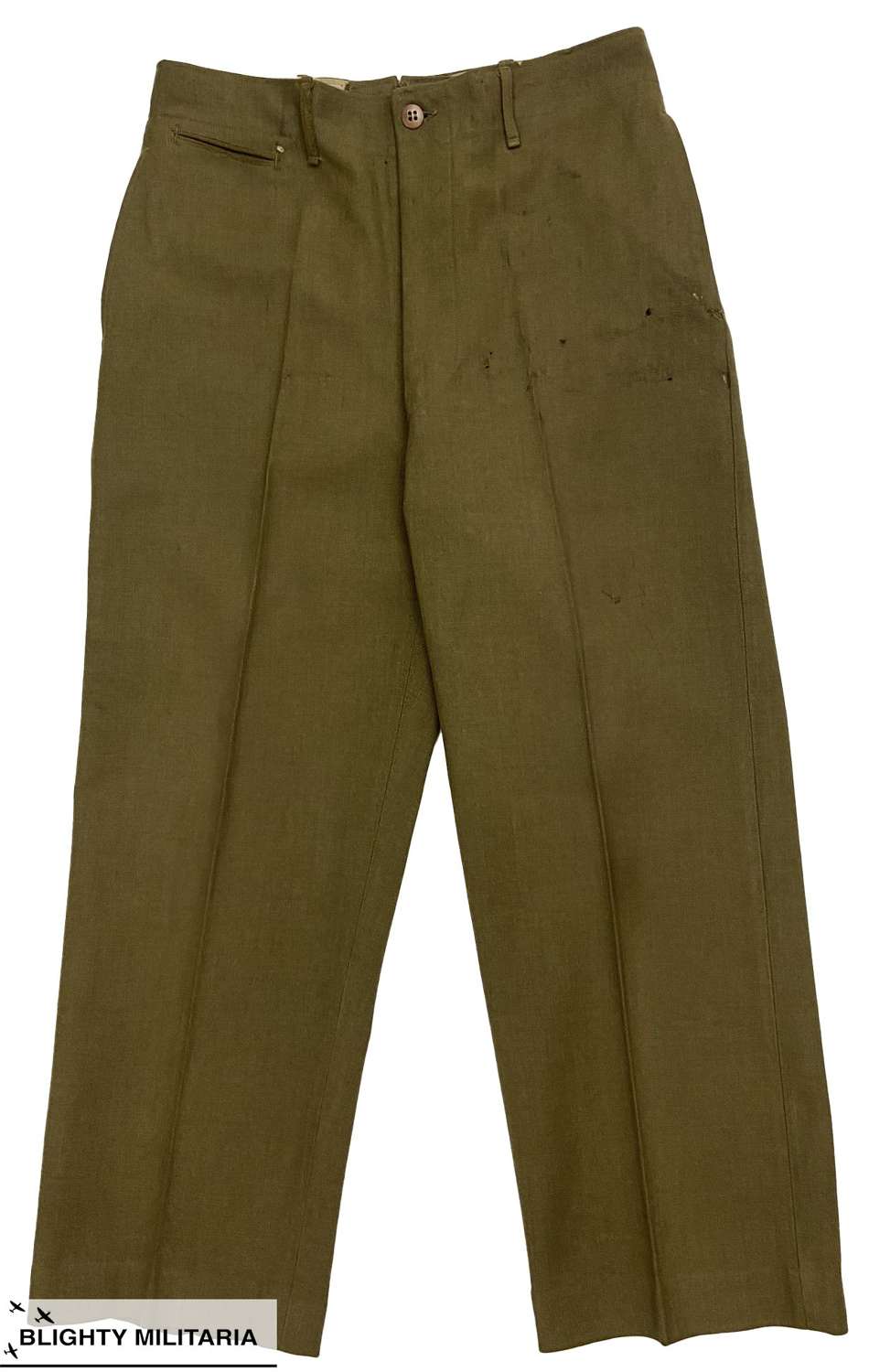 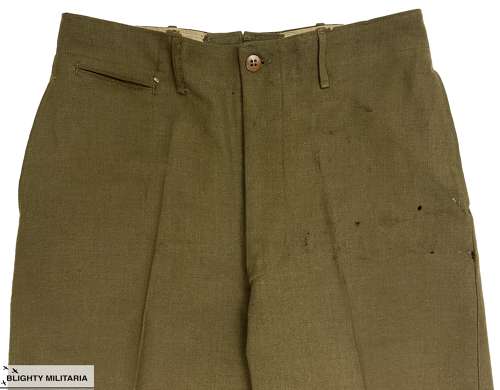 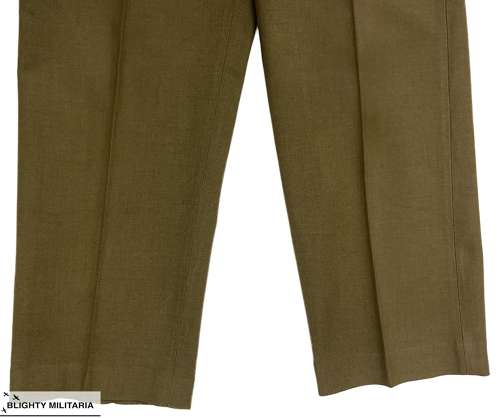 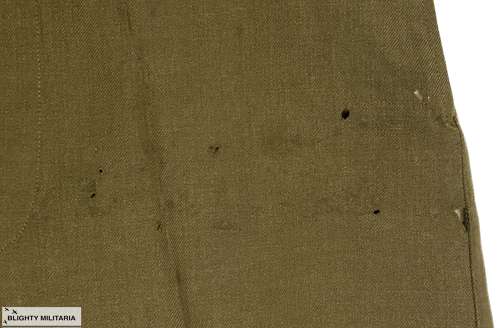 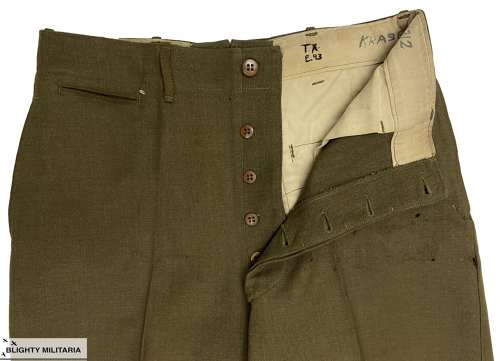 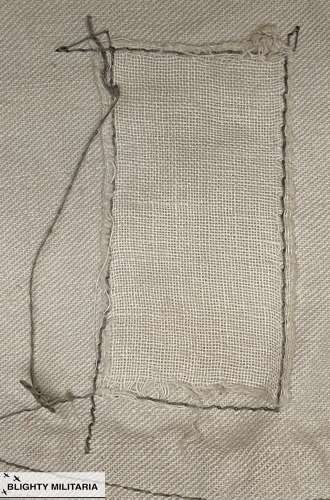 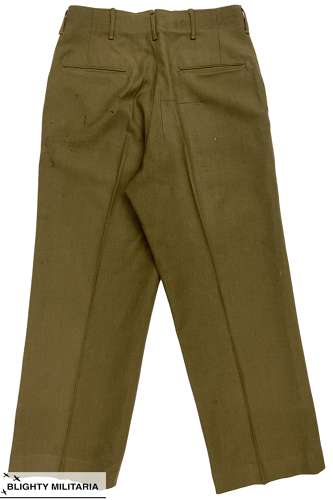 Often referred to as 'Mustards', these trousers were the standard trousers issued to Enlisted Men in the US Army as well as the USAAF during the Second World War. They are made from a khaki coloured serge and feature slash pocket to each hip; two rear pockets, belt loops and a small fob pocket in the waist.

Inside the trousers still retain their original manufacturers label although it has been washed out leaving none of the original details legible, such as the size. When laid flat the trousers measure -

The overall condition of the trousers is good although they have suffered from moth damage which is reflected in the price. They are still wearable and may be suitable for a field uniform or similar. Please study the pictures before purchasing and take note of the flaws.

An original pair of wartime US trousers which could suit a re-enactor or a mannequin well.