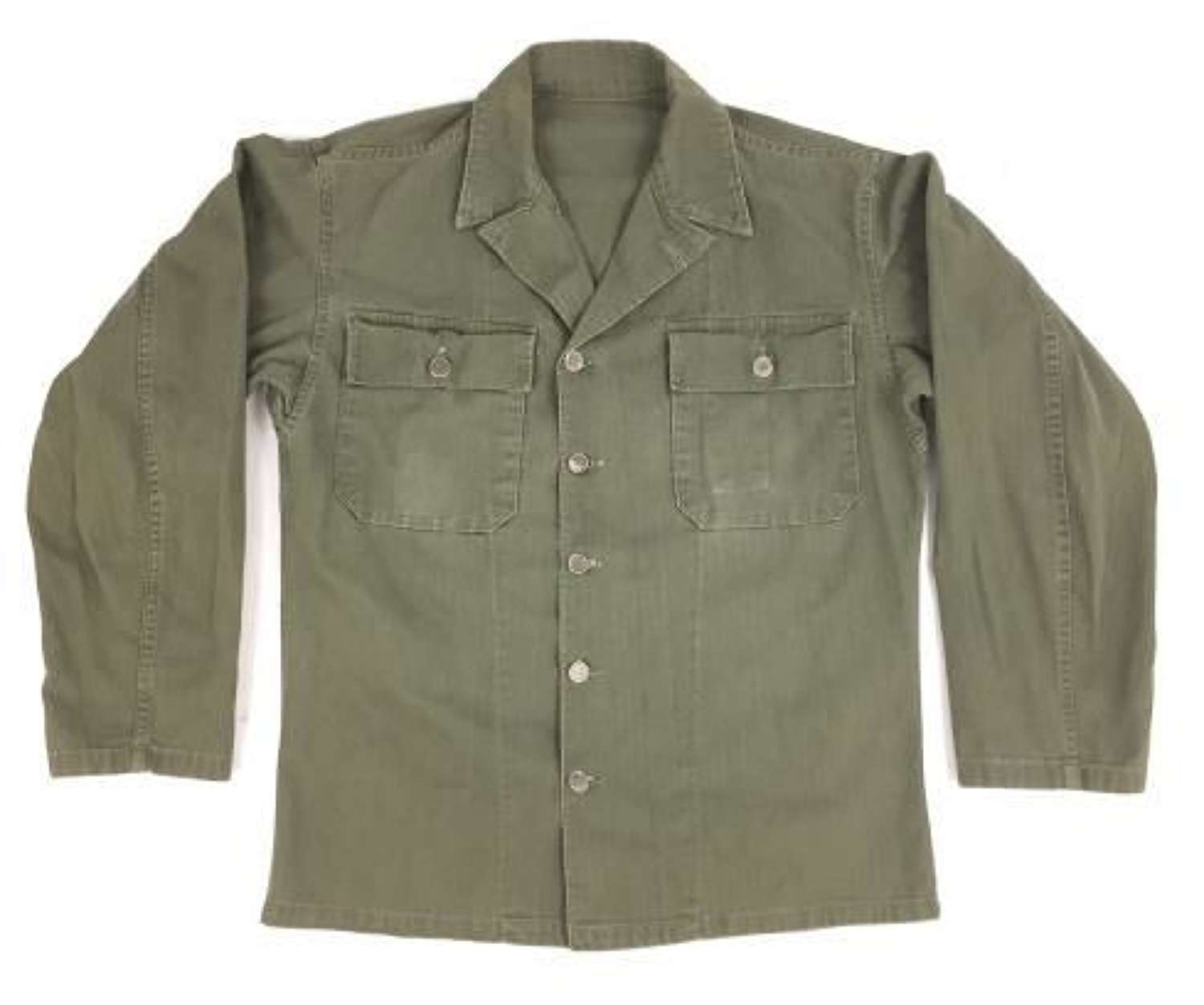 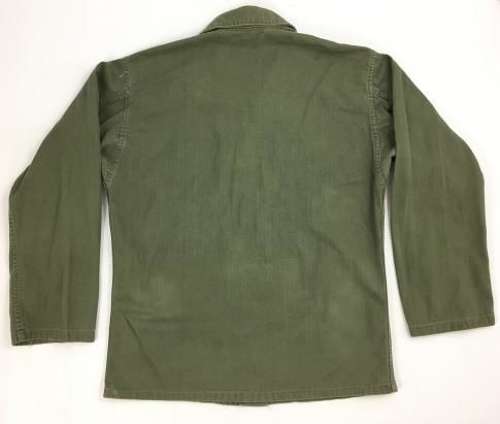 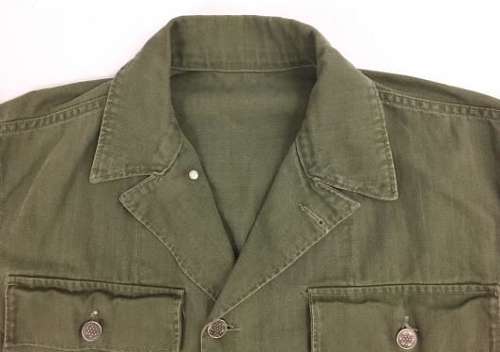 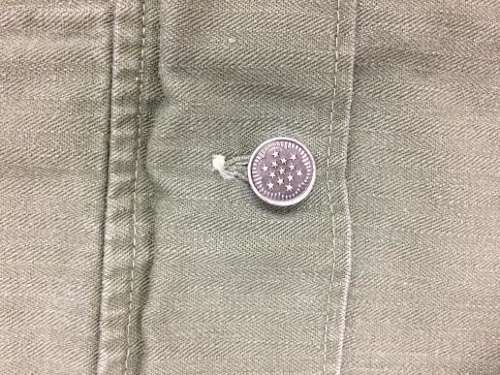 SOLD
An original Fifth Pattern US Army Herringbone Twill jacket with 13 star buttons dating from around the time of the Second World War.

These jackets are often referred to as 'Third Pattern' by collectors but are actually the fifth pattern of HBT jackets issued in the Second World War. This pattern is made in OD7 and saw use in both Korea and Vietnam as well as the late stages of WW2.

The jacket is a simplified version of the fourth pattern but has smaller simplified chest pockets. It features 8 '13 star' buttons and a plain cuff. There are faint markings inside the jacket but they were not clear enough for me to read.

The condition of the jacket is good overall as can be seen in the pictures. It only shows limited signs of wear and use and displays nicely.

Altogether a nice original HBT jacket which would make a good addition to any collection.