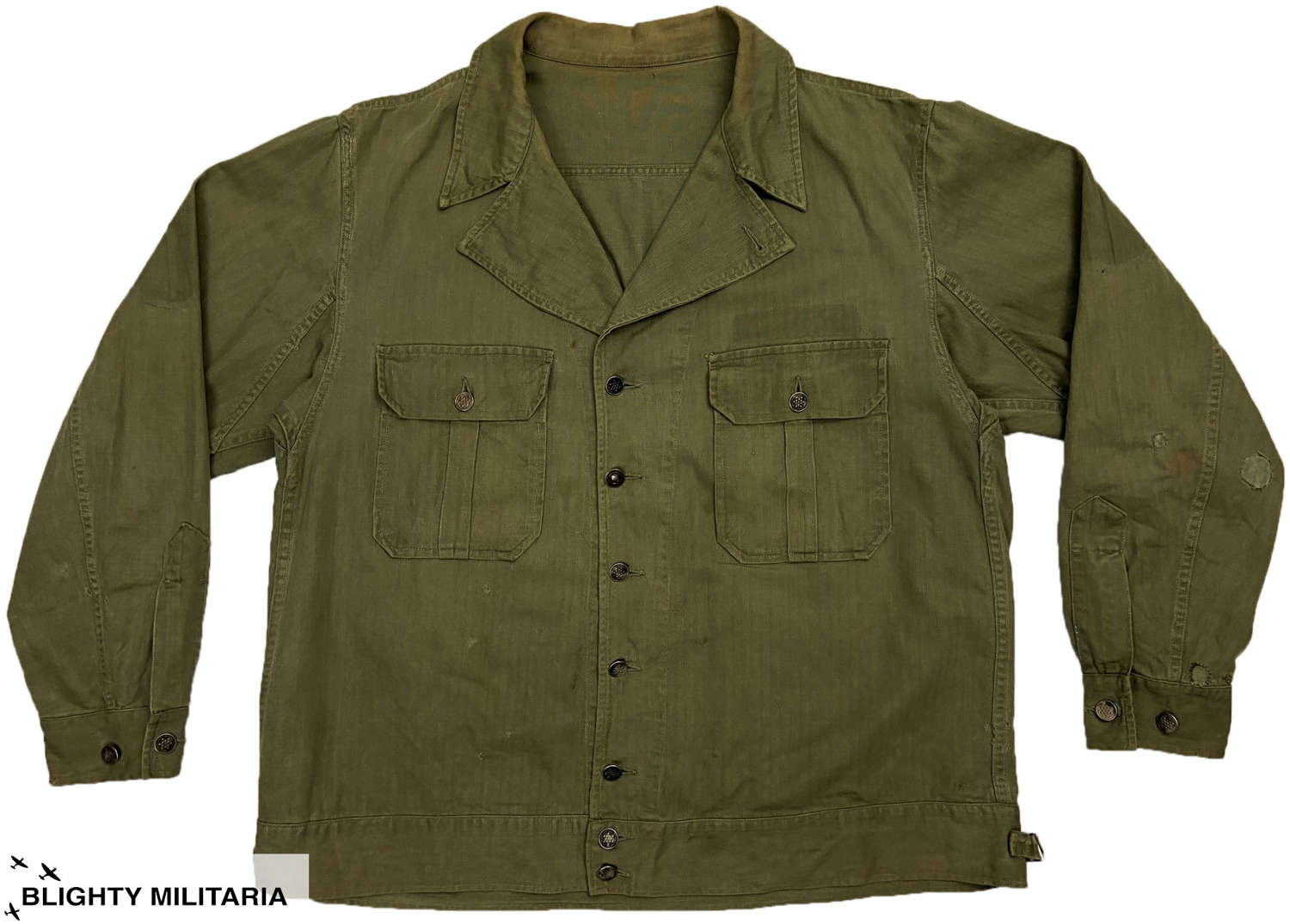 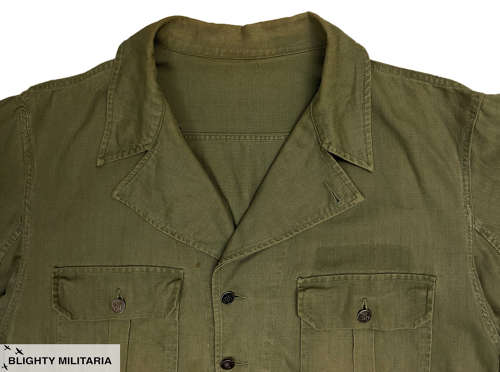 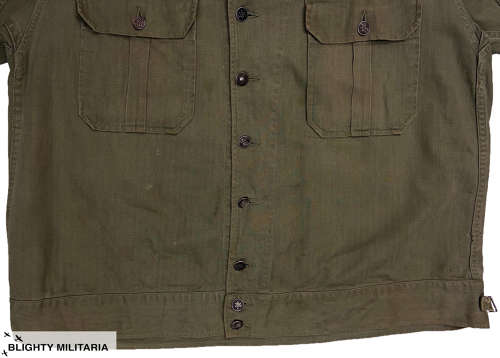 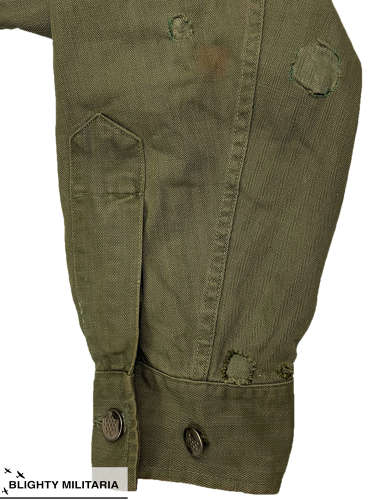 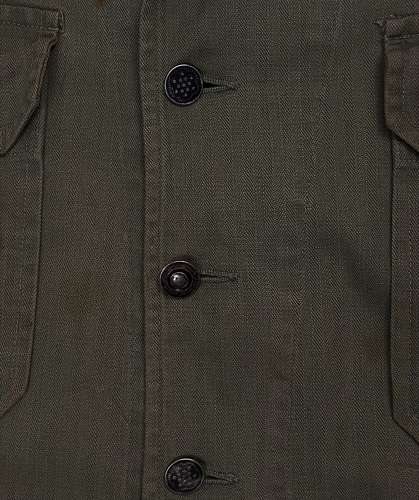 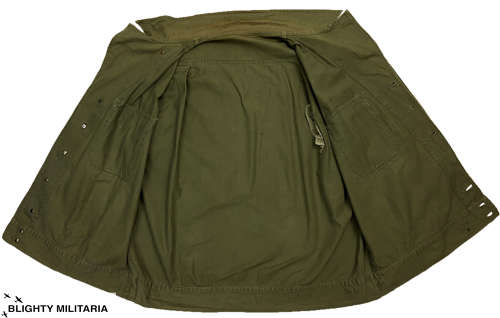 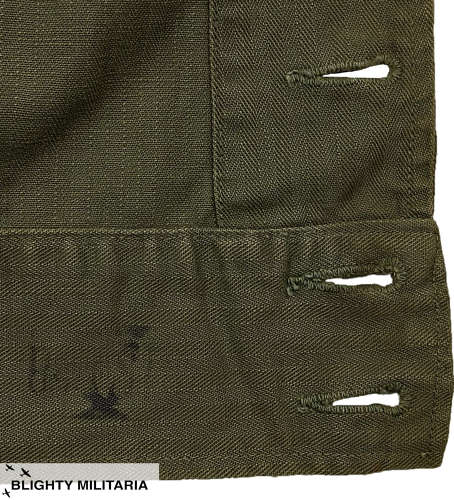 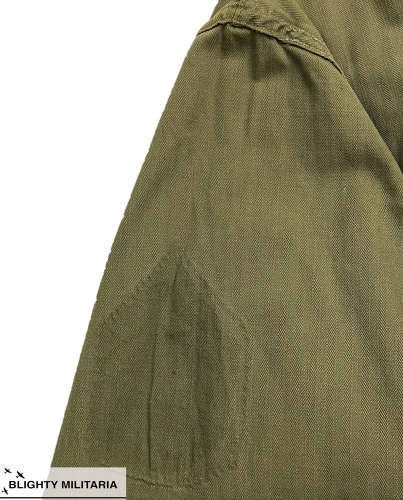 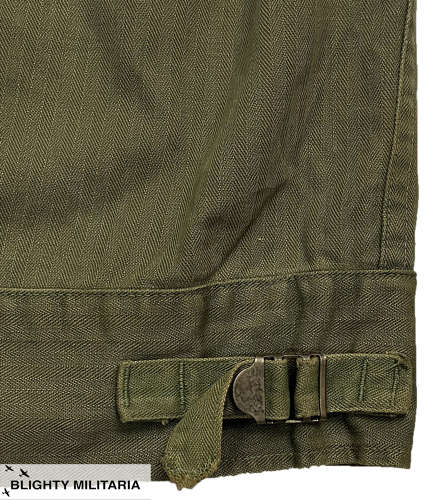 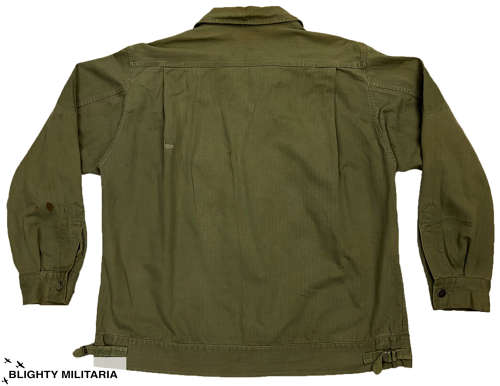 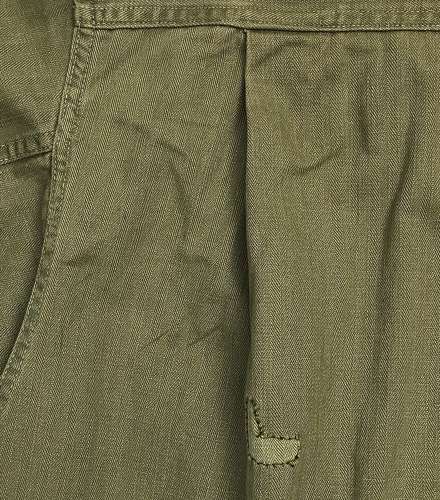 This early pattern of US Herringbone Twill jacket was used throughout the Second World War by The US Army, The USAAF and more. It features the distinctive double buttons and waist adjusters to the waistband which are synonymous with this pattern. Metal 'doughnut' buttons are fitted throughout save for one of the front buttons which is a similar period replacement. To the front of the jacket are two pleated breast pockets and the cuffs function, fastening with metal doughnut buttons. There is also evidence of where rank badges have been fitted to both sleeves previously.

The jacket is a large size which will suit 44" chest and most likely a 46". When laid flat it measures -

The condition of the jacket is reasonably good overall but it does have plenty of signs of wear and use as well as numerous repairs. These are all visible in the pictures and add character to the jacket. It is still very wearable but please take time to study the pictures before purchasing and bear in mind that this is a vintage, pre-worn jacket which has some issues commensurate with his.