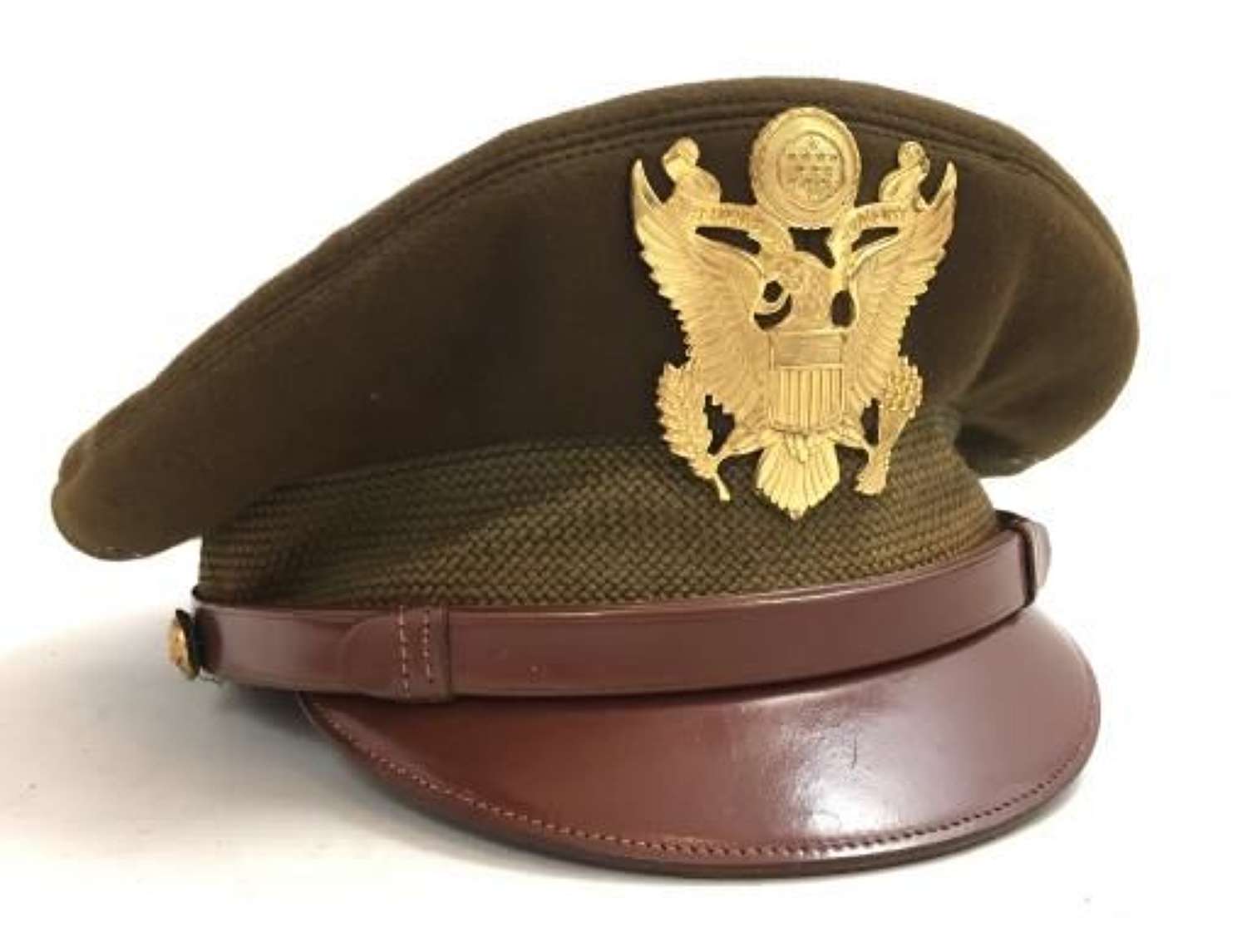 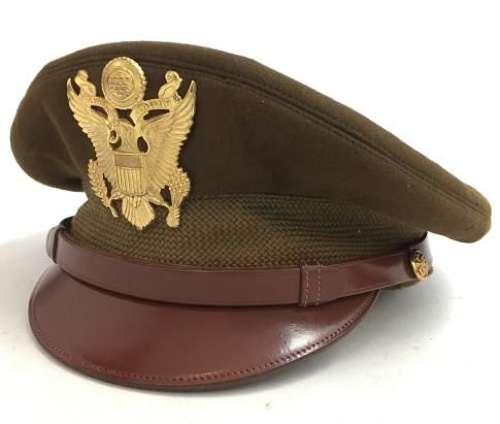 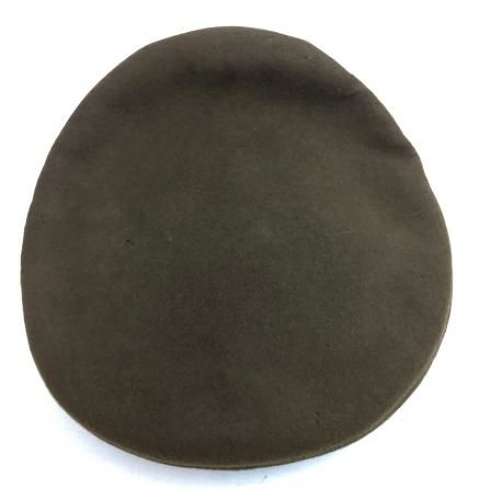 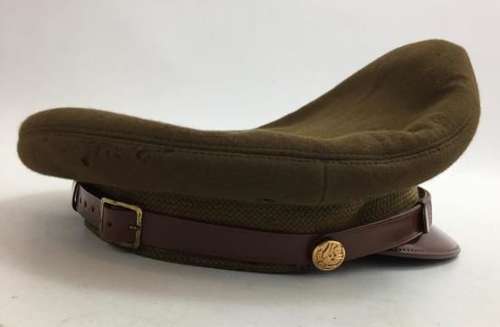 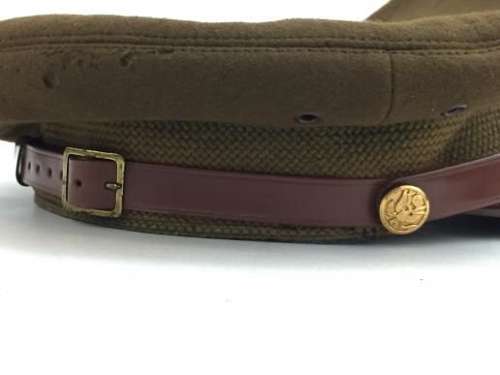 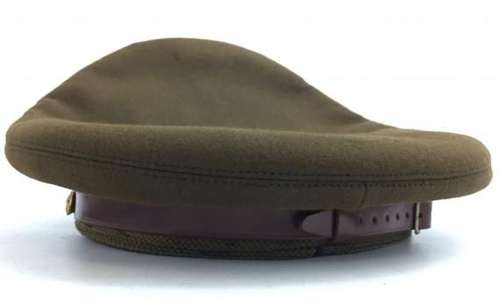 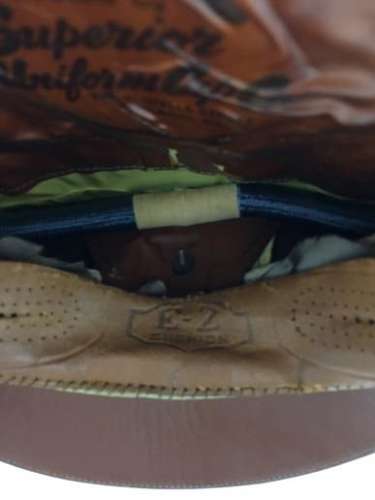 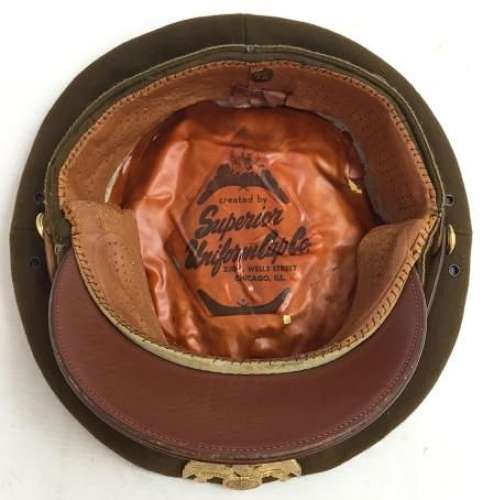 An original US Army Officers Service cap made by 'Superior Uniform Cap Co' and dating from the Second World War.

The hat is a fur felt example as were commonly worn by officers in both the Army and the USAAF during WW2. It features an extra large cap badge, rear chin strap and double bill peak. The leather sweatband is marked 'E-Z Cushion' in a typical 1940s American graphic and there is a stiffener which sits inside the crown of the cap. This can be removed to give the hat a more 'crusher' style if so desired.

The interior also features a large logo which relates to the makers name and reads 'Created By Superior Uniform Cap Co, 230 Wells Street, Chicago, ILL.'. It is a typically 1940s graphic and fills most of the interior of the cap. There is also a size tag on the leather sweatband which reads '7 1/8'.

All in all a very nice hat which stands out from the crowd. The large badge and overall shape of the cap are certainly different from run-of-the-mill examples making it well suited to a USAAF impression.