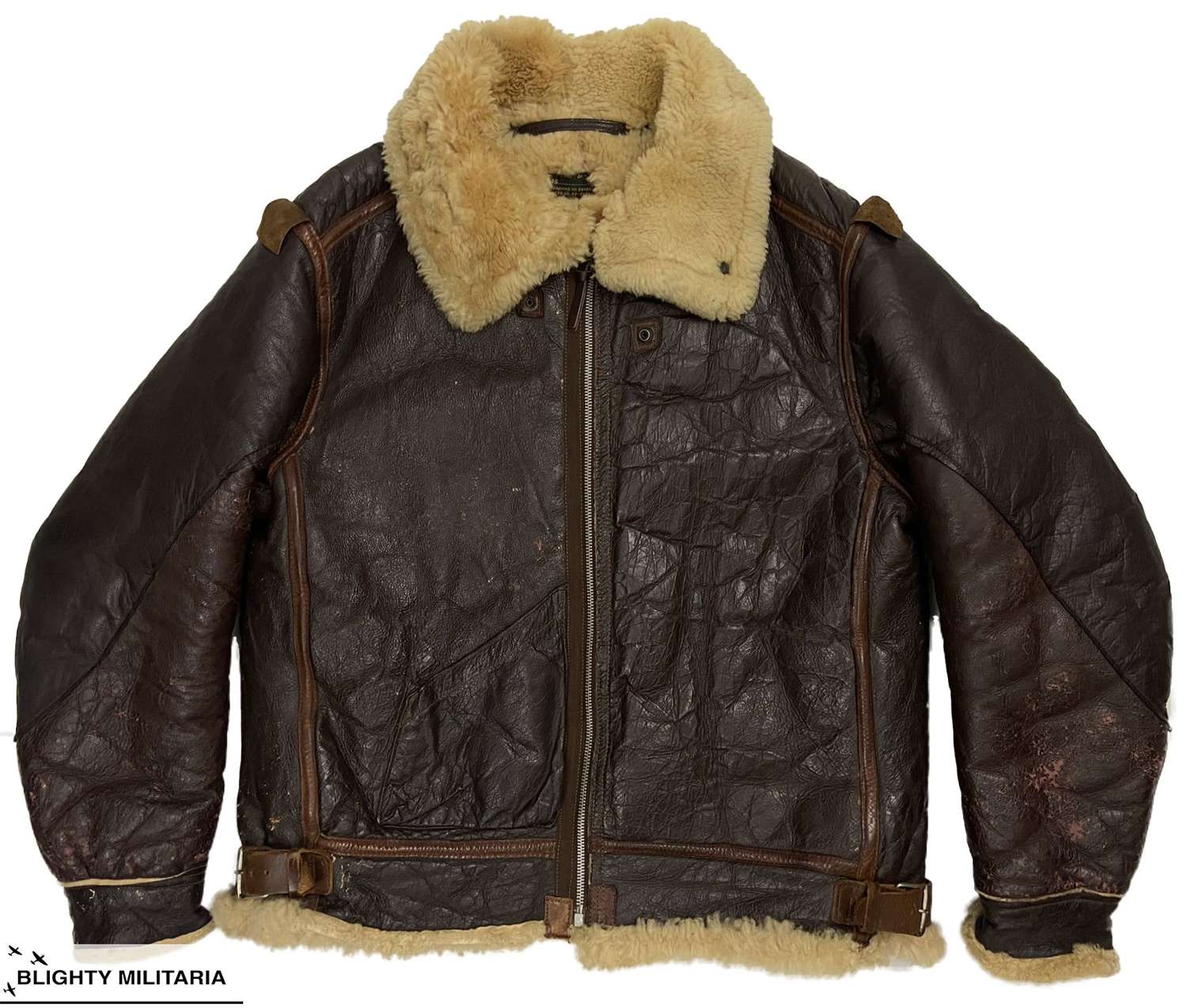 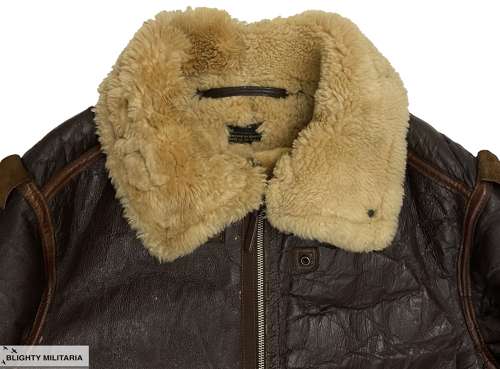 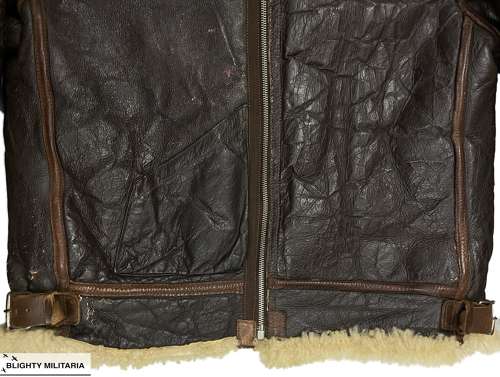 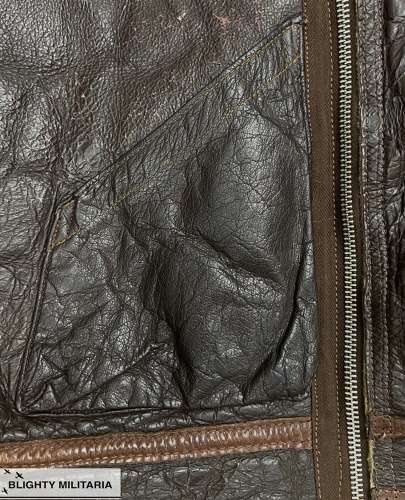 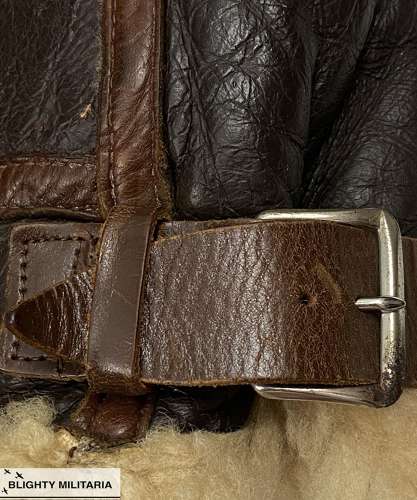 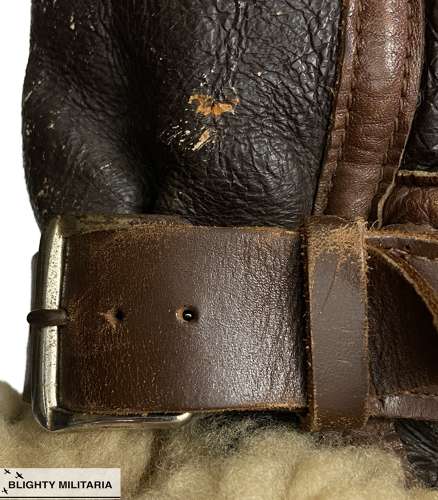 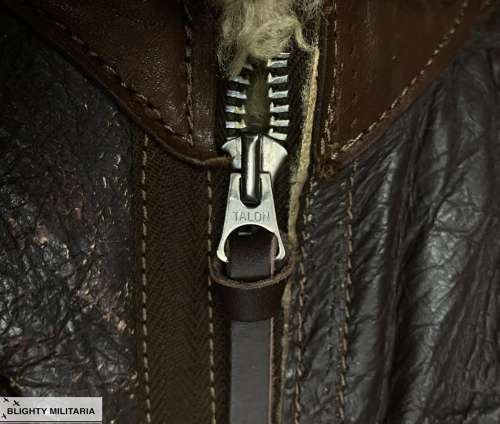 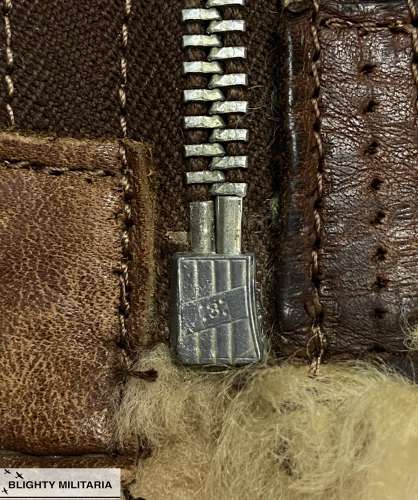 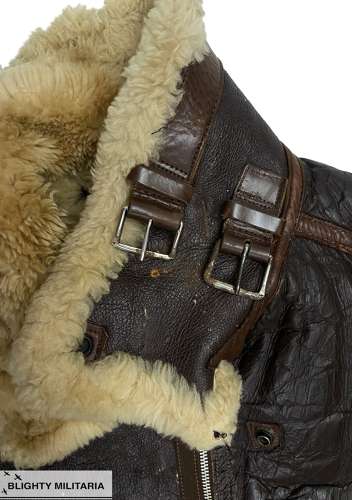 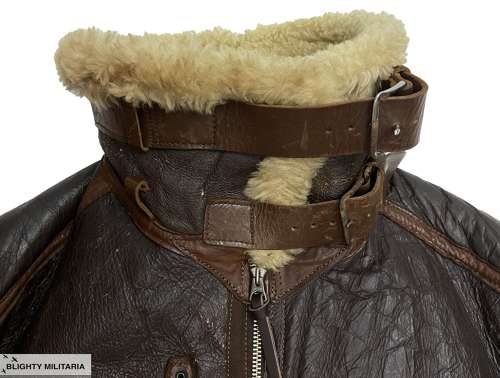 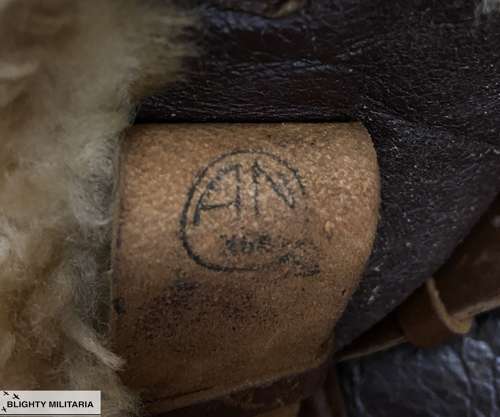 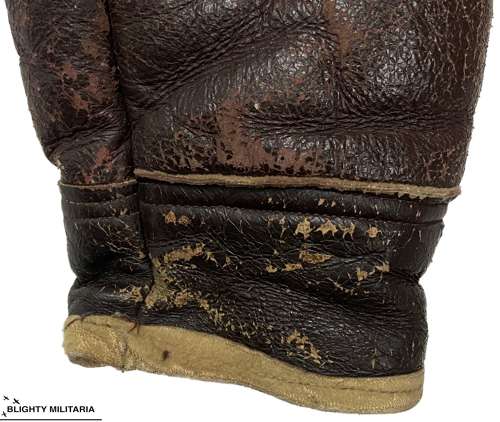 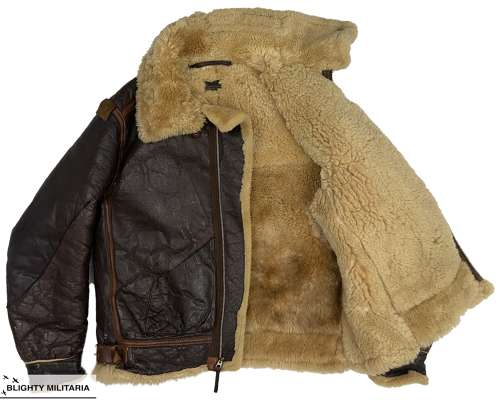 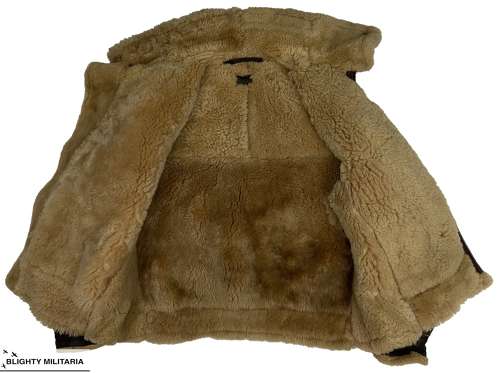 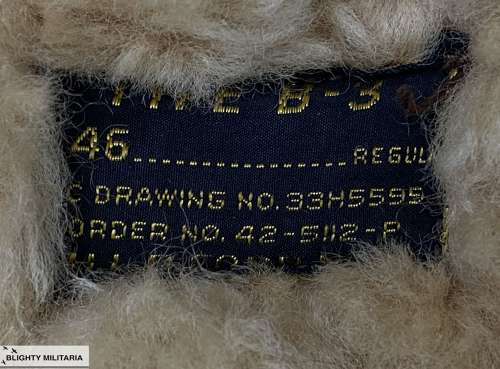 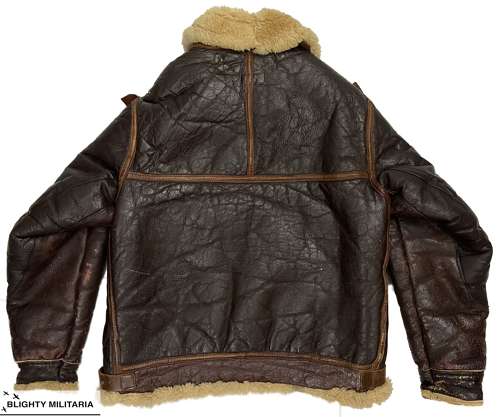 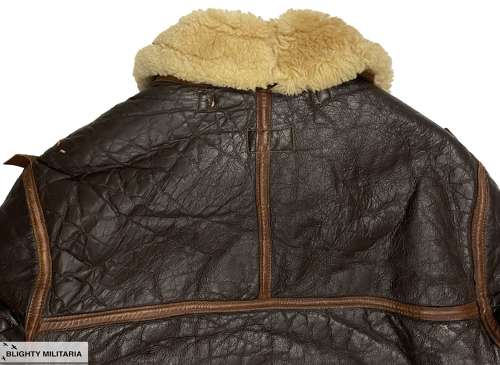 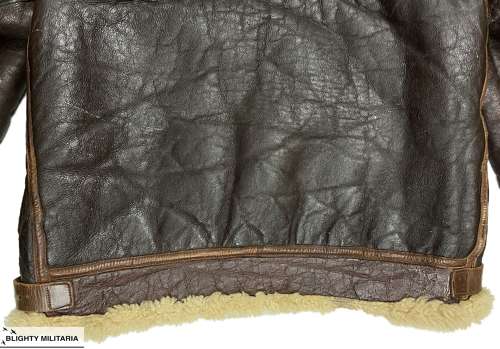 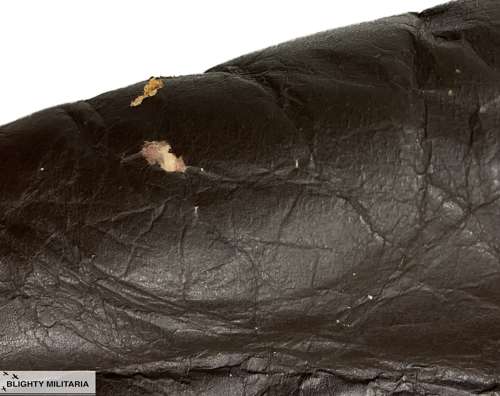 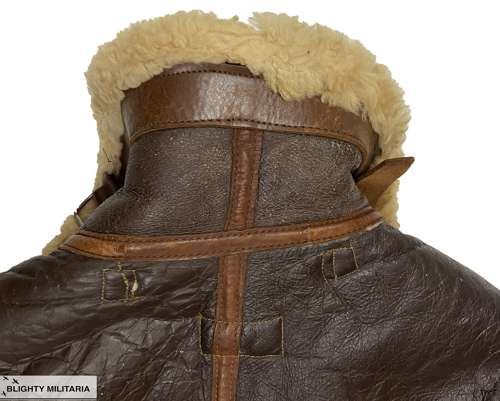 An original United States Air Force B3 Shearling Flying Jacket made by HLB Corps as part of the 1942 contract  42-5112p and in a large size 46 Regular. It  belonged to Roger George Cobley who flew Hurricanes with No. 20 Squadron during the Second World War.

This jacket was made as part of the second contract awarded to H.L.B. Corps and most likely dates from early 1942. The jacket is made from the standard shearling material and features contrasting goatskin facings and veg tan coloured seam tapes. The jacket has been fitted with a brand new old stock Talon M1942 zipper which is correct for the jacket and works perfectly. It is still crisp and tight having never been used previously. The waist adjusters are present with the pointed leather tabs used by this manufacturer and square shaped metal buckles which retain a good amount of their chrome plated finish. The collar features two large straps and buckles which again retain a reasonable amount of their plating. There is an 'AN' stamp to the rear of the collar straps which is a good original period detail.

The sheepskin inside the jacket is a lovely golden collar and is in good condition on the whole. There is some loss of fur to the right hand cuff and a little less to the left hand cuff.

The original label is still present inside the jacket and bears the title 'Type B-3' below which is the size of 46 Regular. The order number of 42-5112-P dates the jacket to 1942 and the maker's name of H.L.B. Cops N.Y. is found at the bottom of the label. The original leather hanging loop is also present and can be found above the label.

The jacket is in very good condition overall and displays extremely well. It is certainly very wearable and easily the best B-3 I have had through my hands. There are two small nicks to the leather at the shoulder as shown in picture 19 but these are NOT holes and are just present to the surface finish only. There is some more loss of the chrome finish to the lower parts of the sleeves although this does not overly detract from the jacket. All the seams appear strong and there is no loss of stitching or weak points.

A stunning example which would be hard to better in many ways. The RAF connection is also an interesting one although it is not uncommon for RAF aircrews to be issued American jackets in certain theatres of war. In a large size and in excellent connection, this is a rare jacket to find today!