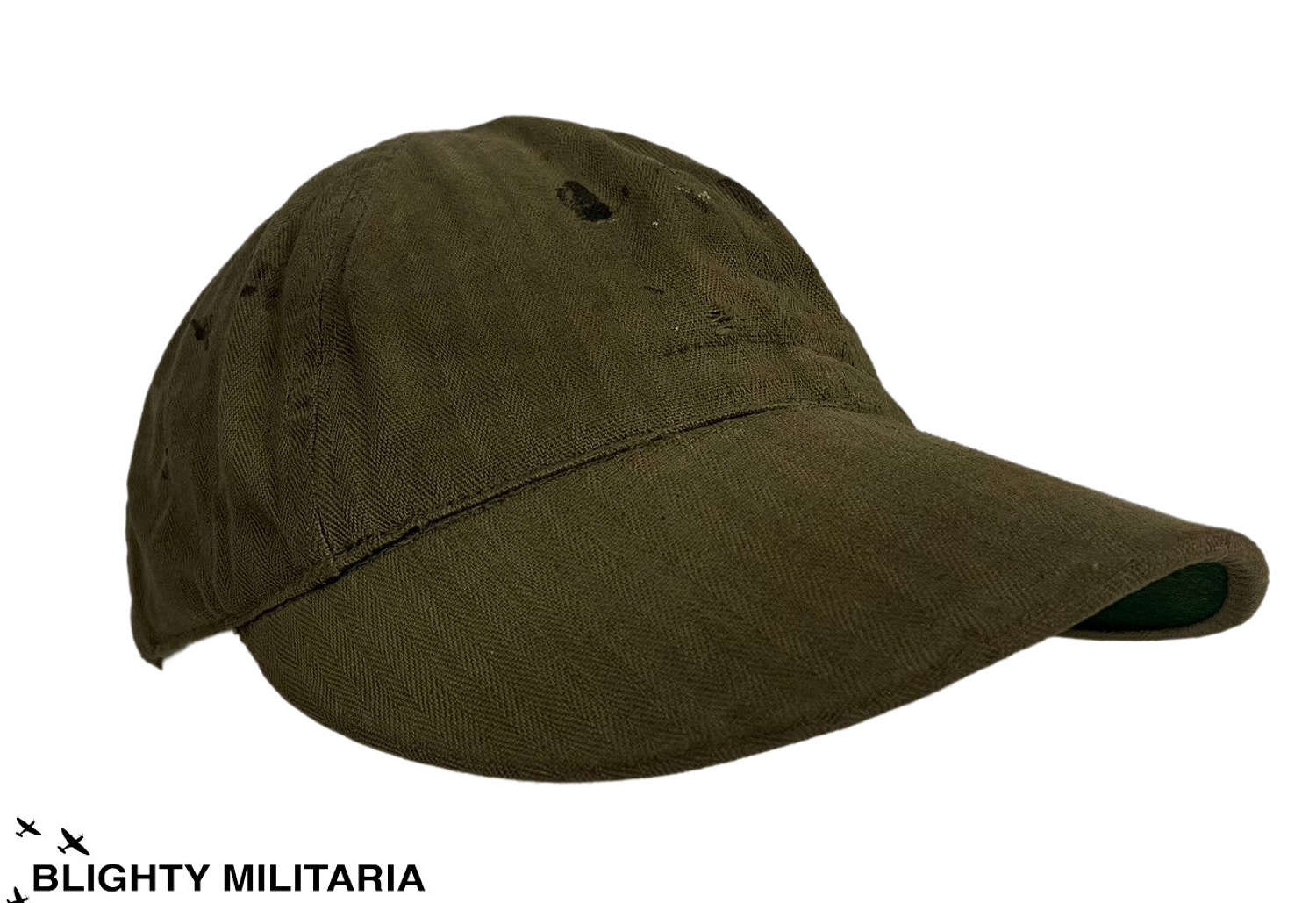 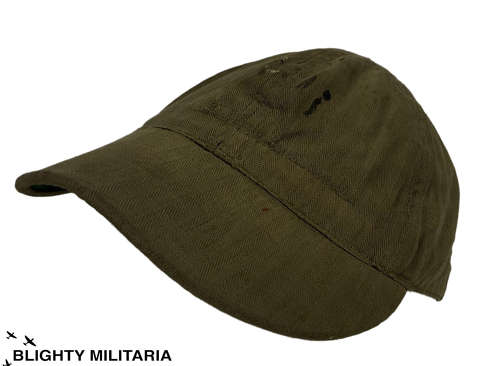 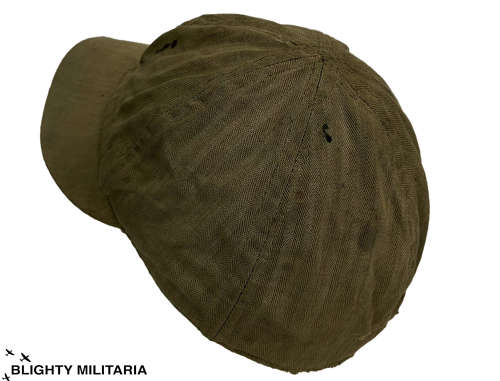 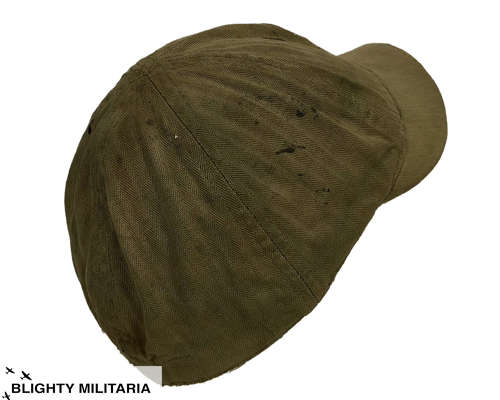 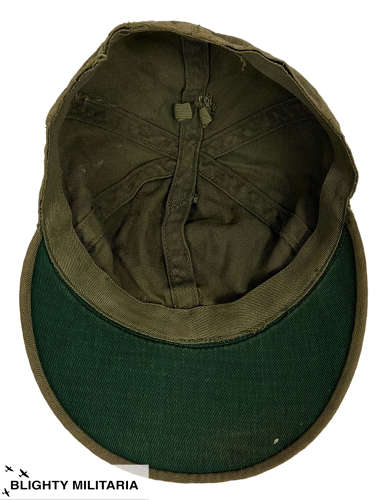 An original US Navy Type N-3 HBT cap in a small size.

The construction is similar to that of the AAF A-3 Cap but doesn’t have the external AAF logo and features a reinforced peak which is flexible and has a green underside.

Inside the cap there are very faint traces of where the original black ink stamp was. The cap is a very small size which is no larger than a 6 1/2.

The condition of the cap is reasonable for its age but it has seen a fair amount of use and us sun faded. There are also some rust spots as can be seen in the pictures. Overall the hat is sound and displays well but it does have issues commensurate with age which are reflected in the price.

A good original and worn example of an N3 cap.