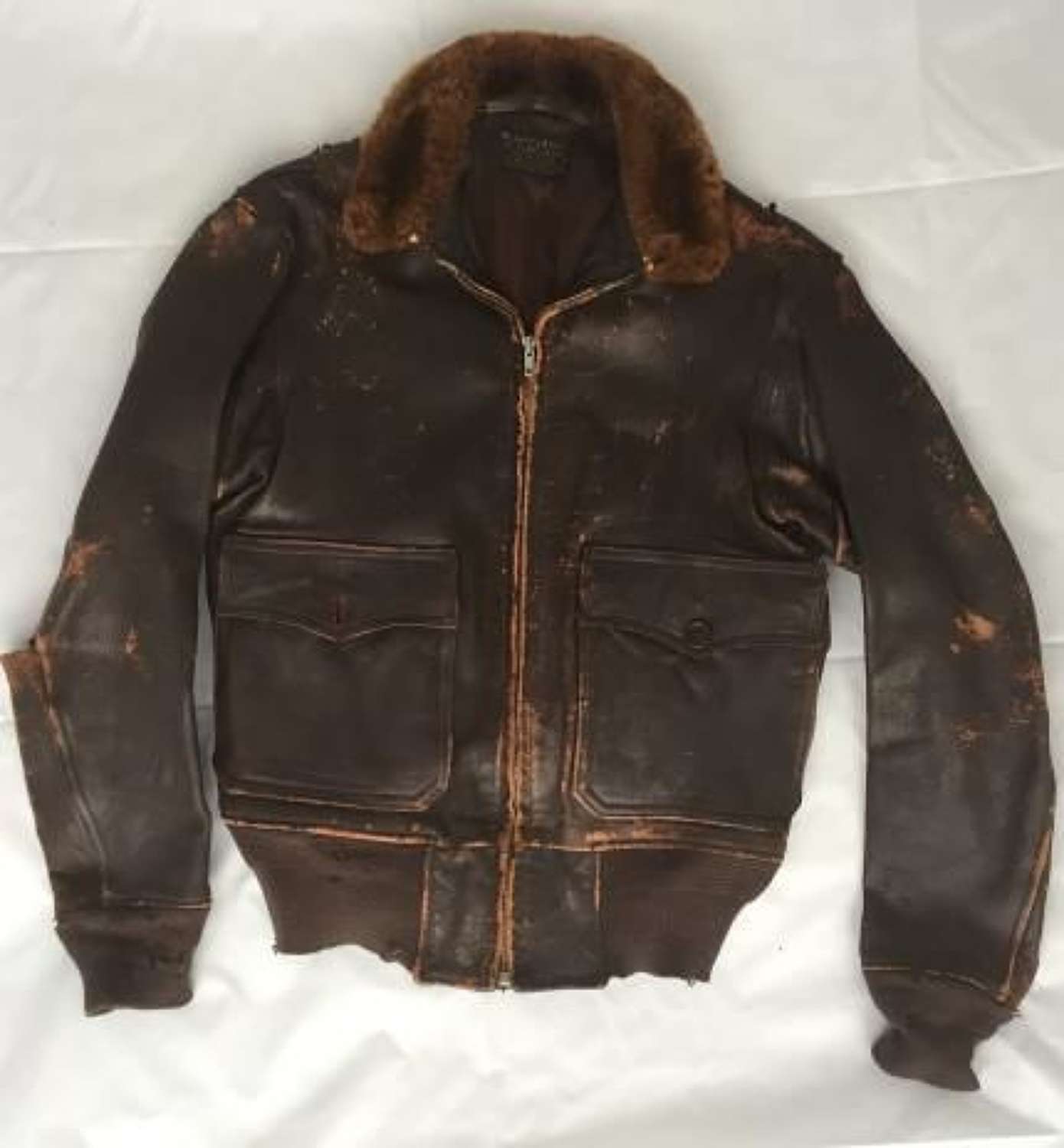 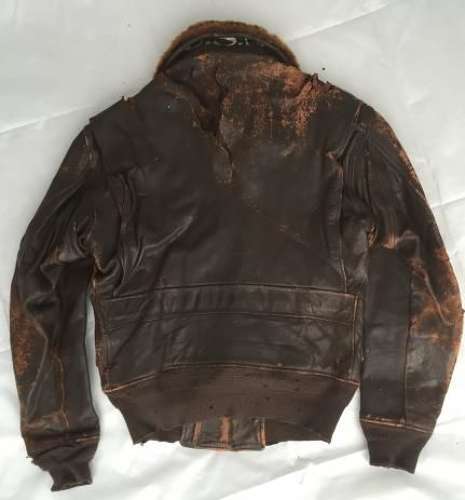 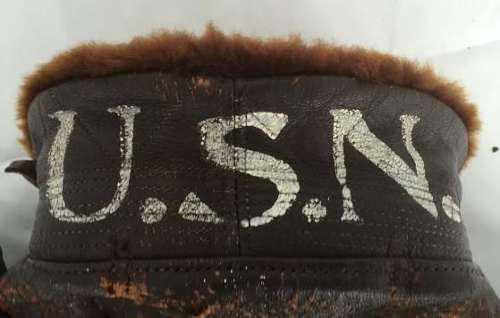 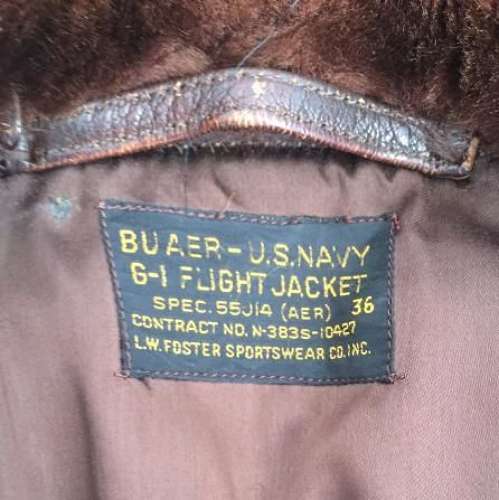 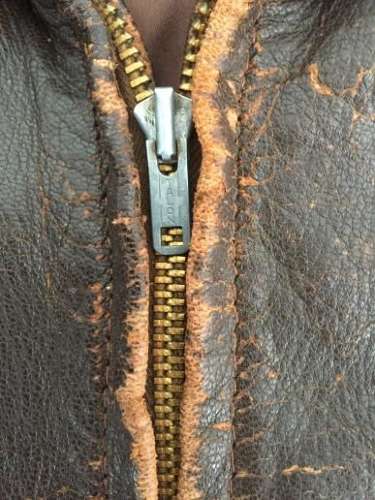 These jackets were first brought into service during 1947 replacing the earlier AN-J3A which was used during the Second World War.

This particular jacket is from the first contract 55J14 (AER) which was made between 1947 and 1951 which not only makes it rarer than other G-1 jackets, but much more sort-after.

The back of the collar features the USN stencil which was standard on these jackets. The jacket also retains its original 'Talon' brand zipper which functions perfectly.

The knitted cuffs and waistband are both intact but by no means in perfect condition. Personally I would keep them on the jacket as they still display well and are original, but reproductions can easily be sourced.

One of the front pockets is also missing a button.


Whilst G-1 flying jackets are available on the market, first contract examples such as this are very hard to find. With some specialist work, this jacket would be a real stunner and would look good in any flying jacket collection.