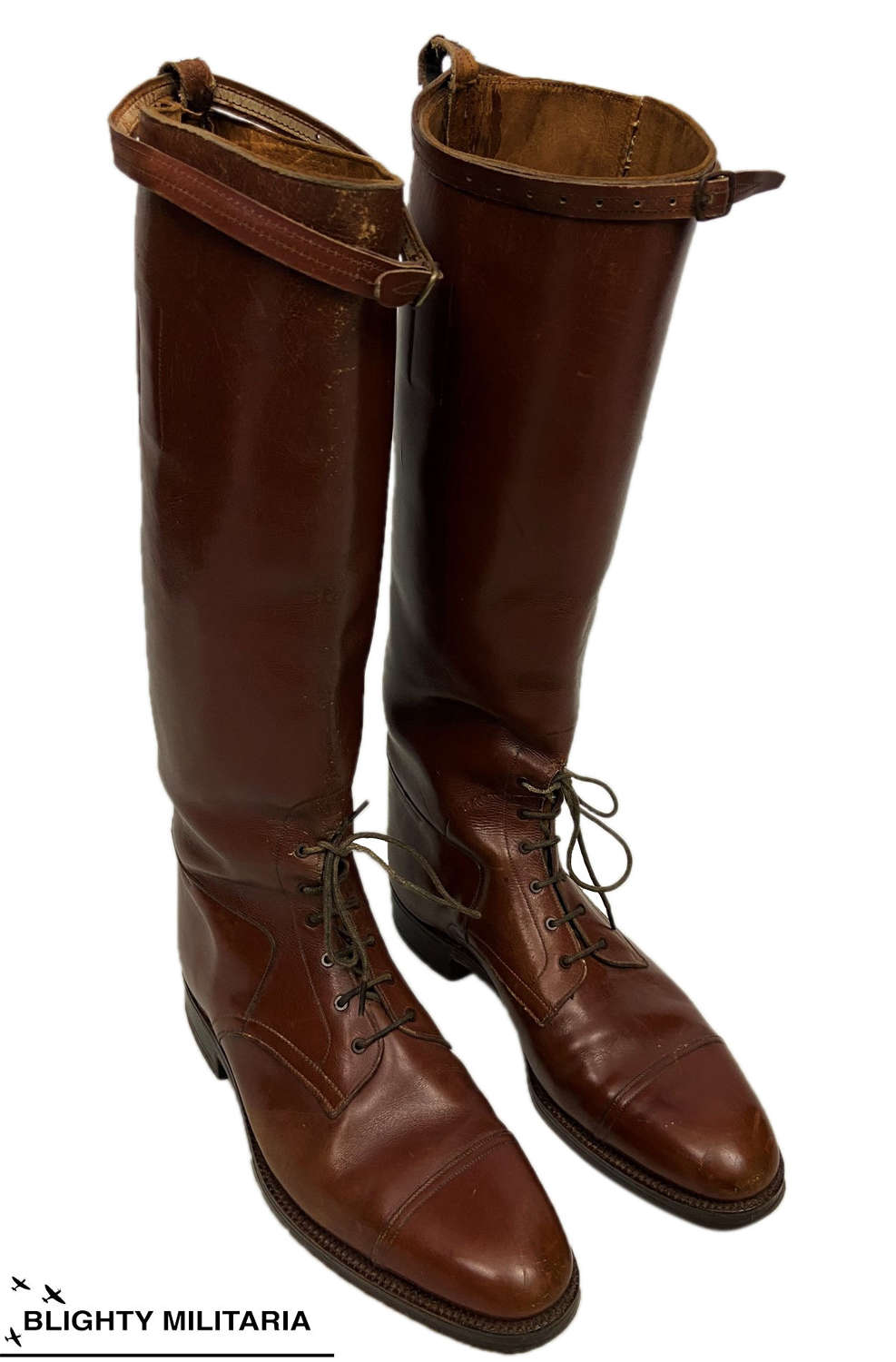 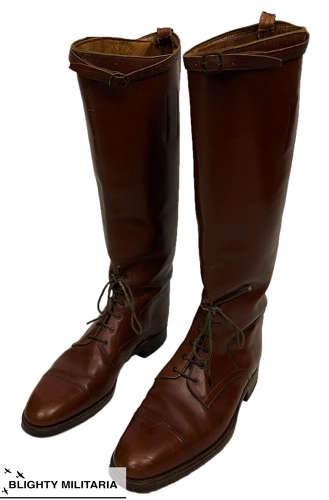 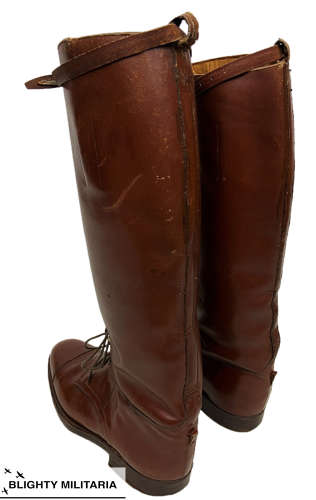 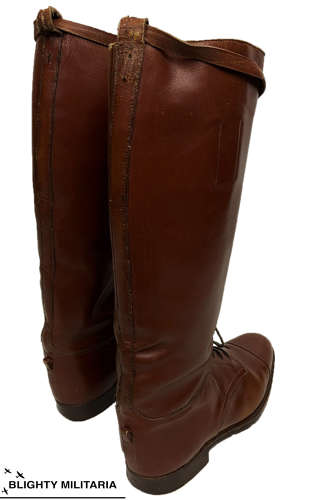 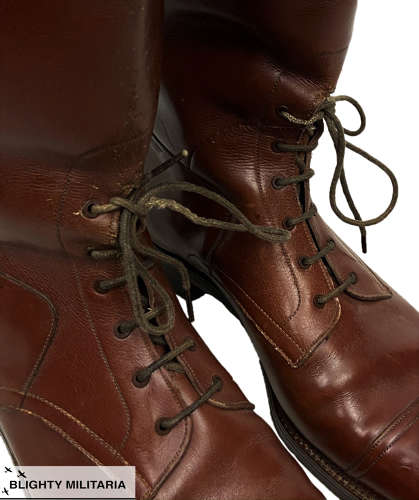 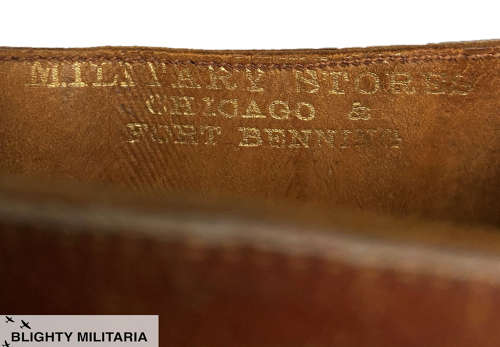 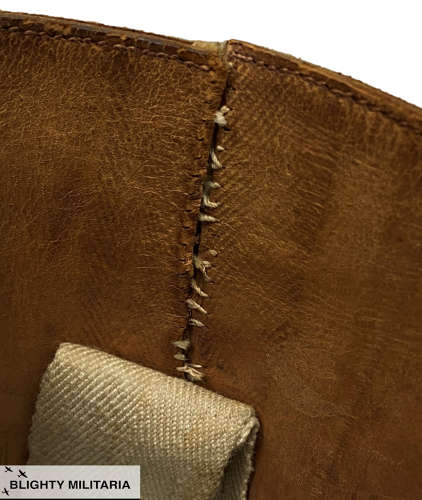 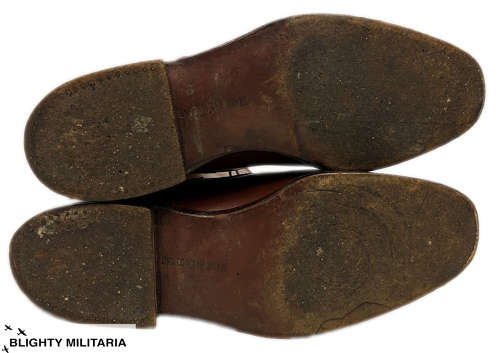 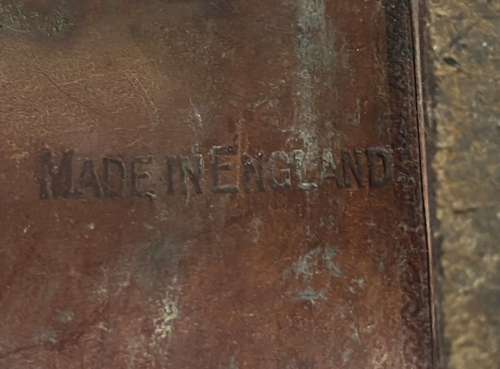 This style of boots was used for many years by the US Military and were usually worn with breeches. They were popular with aviators during the Great War and inter-war periods as well as with cavalry officers amongst others. Being private purchase it is impossible to date them exactly although the construction would suggest they were made around the time of the Second World War.

The boots are made from a russet brown leather as was regulation for US Army officers for many years. They feature laces to the vamp and a stitched toe cap. The soles are also of leather and are marked 'Made in England' and date from the 1960s - 1980s meaning that they have been re-soled. Inside the boots the maker's name is marked as 'Military Stores Chicago and Fort Benning' - possibly Associated Military Stores who were an officer outfitter based in Chicago during the Second World War.

The boots are in good condition for their age and display well. They show signs of wear and agebut do retain both of their calf straps which are so often missing. There is some loss of stitching to the rear seam at the top of one of the boots as detailed in the pictures although this does not overly detract from the boots. Please study the pictures before purchasing.

A good original pair of boots which display well.