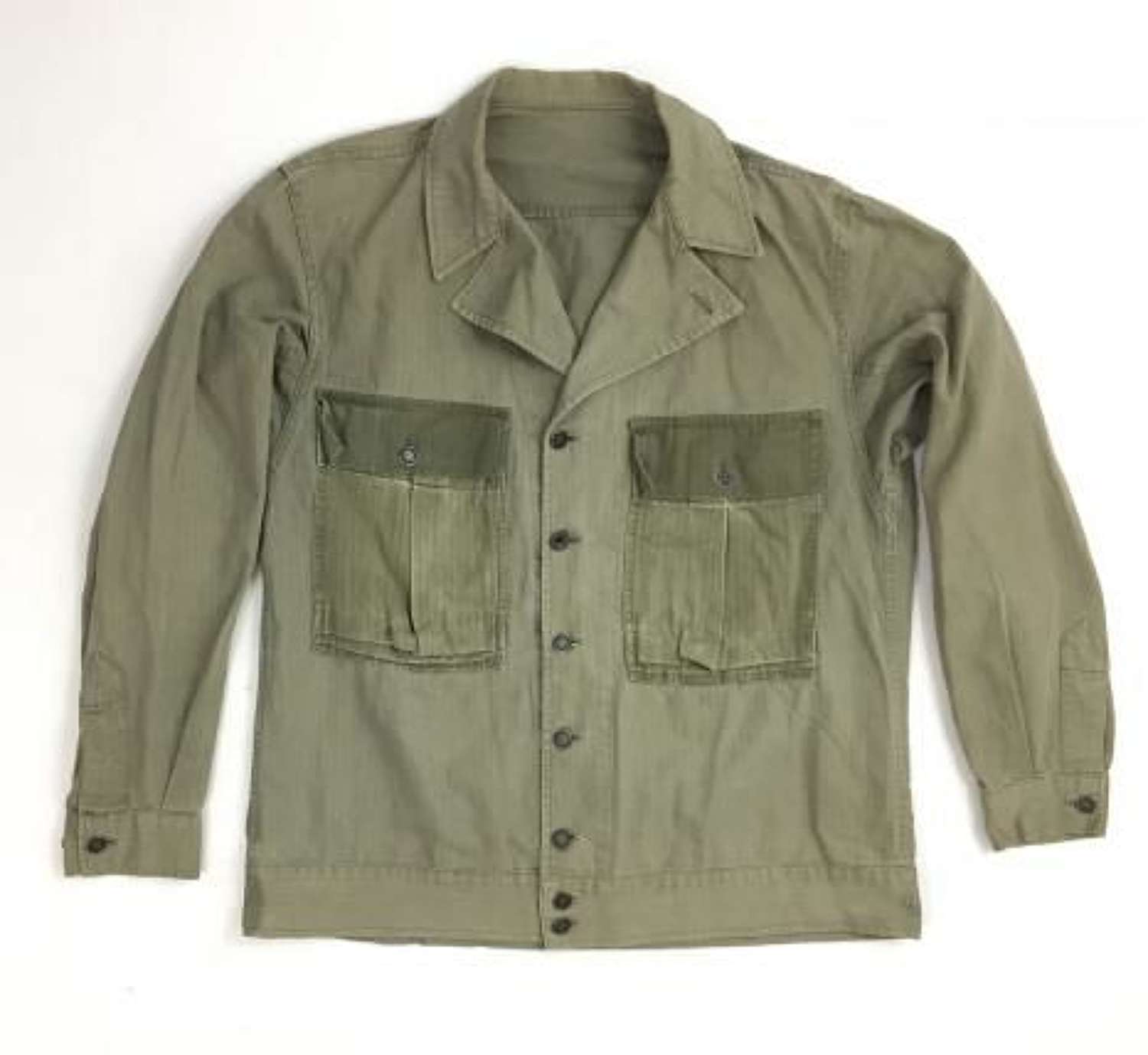 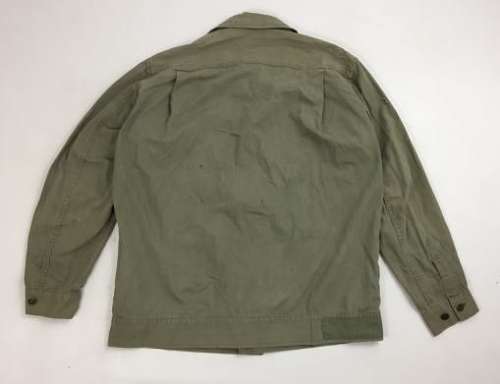 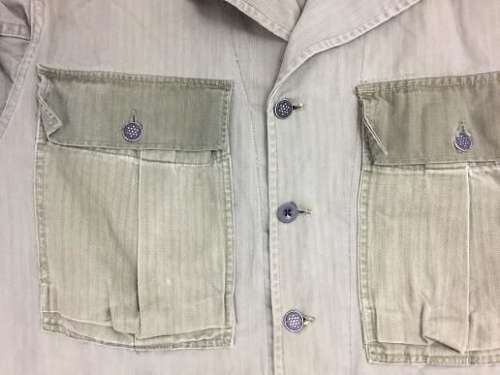 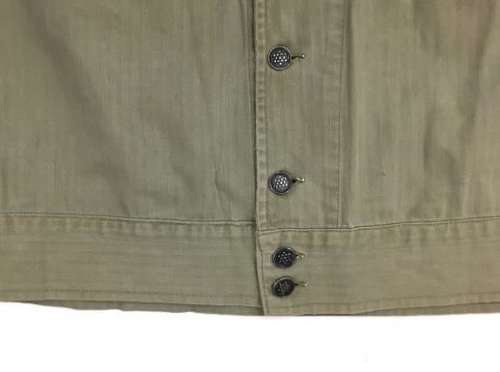 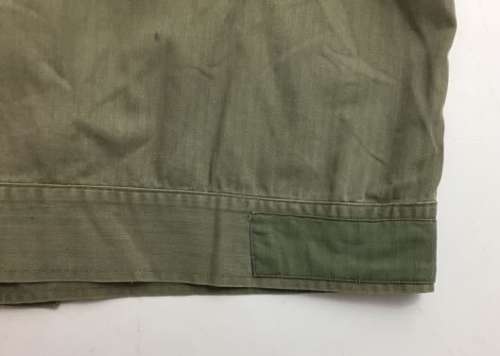 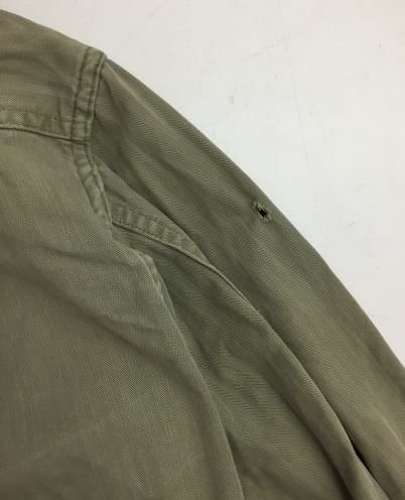 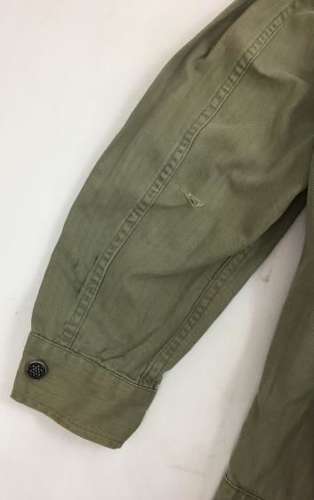 This early pattern of US Herringbone Twill jacket was used throughout the Second World War by The US Army, The USAAF and more. It features the distinctive large buttoning chest pockets and double button to the waistband, indicative of the first pattern jacket.

Interestingly, the pockets have been made from a slightly mismatched material which personally I really like. It certainly give the jacket extra character.

The condition of the jacket is good overall and it displays well. It has had a repair with HBT material to the rear, one button replaced with what appears to be a period English example and there are two holes, one to each sleeve. All of this can be seen in the pictures and doesn't detract too much from what is altogether a nice jacket.