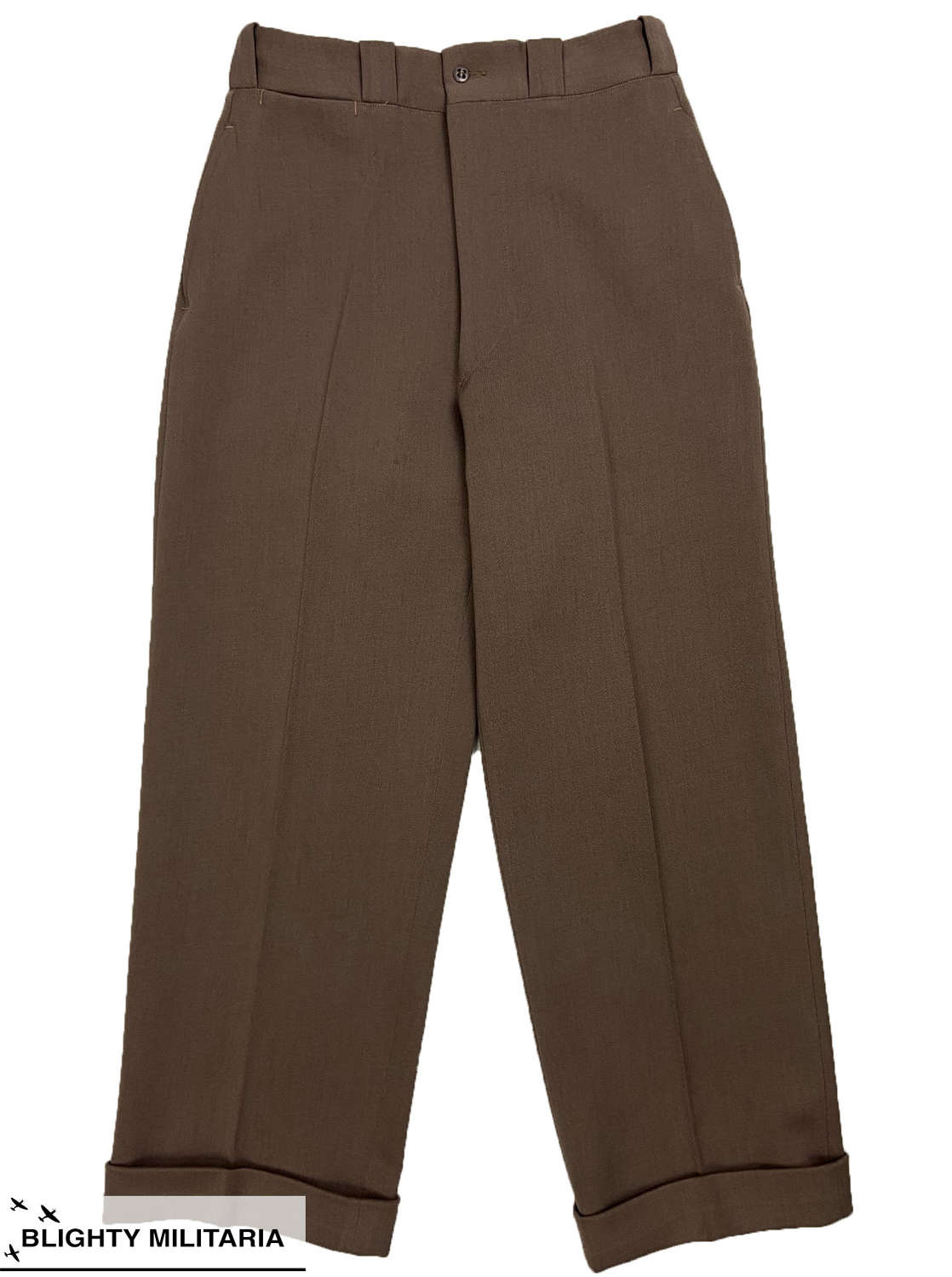 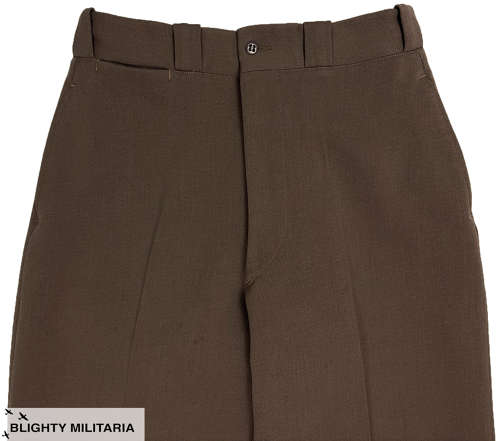 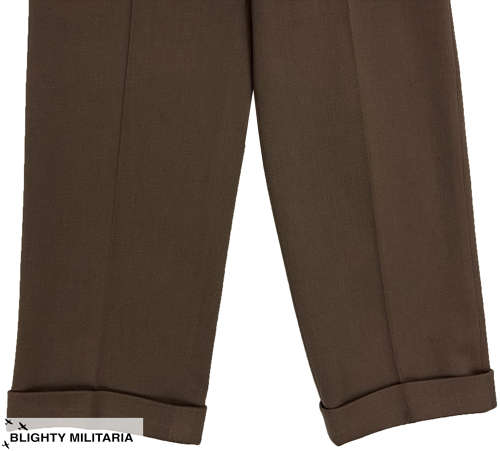 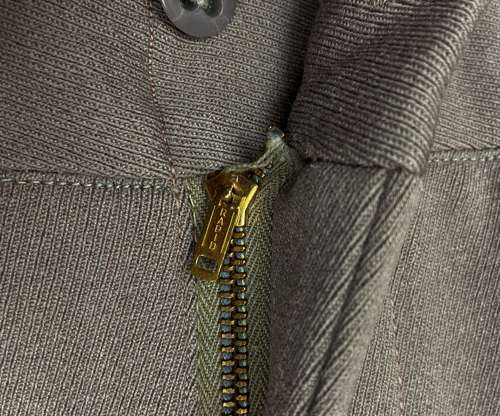 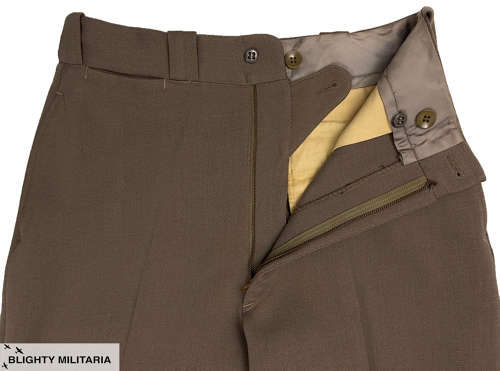 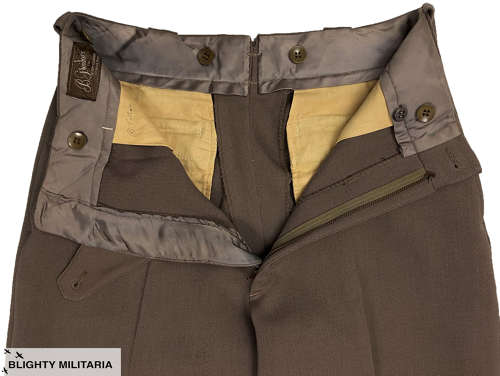 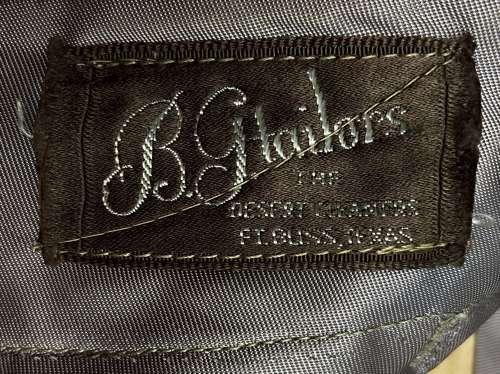 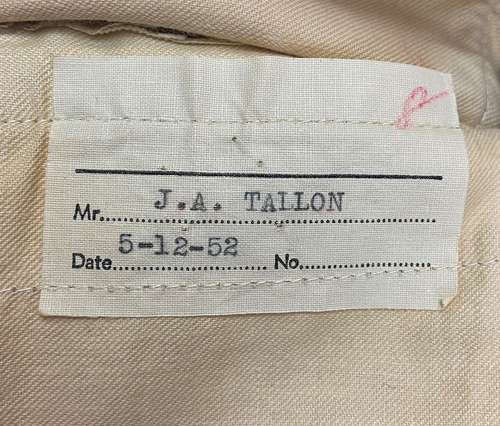 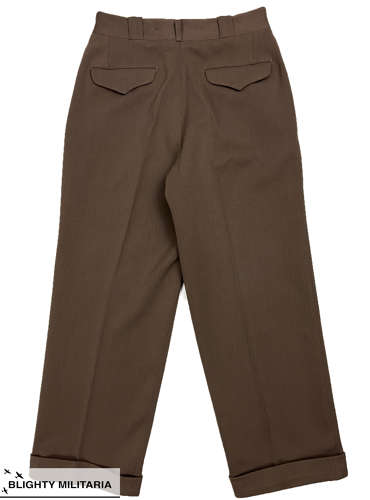 An original pair of 1952 dated United States Army officer's 'Trousers, Wool, Elastique, Drab Shade 54' pants as worn throughout the Second World War and Korea by US Army and US Army Air Force Officers.

These trousers are often referred to as 'pinks' due to the hue of the material. They were an extremely popular choice of trousers to wear with the Class A jacket during the Second World War and the Korean War before going out of service in 1958.  Whilst dating from the Korean War, these trousers could pass as early as they are cut with the same wide leg as trousers of the 1940s. The trousers also feature the distinctive wide belt loops and a brass 'Rapid' branded zipper fastens the fly. Turn ups have been added to the bottom of the leg which give the trousers a nice period look.

Inside the trousers the maker's label is still present and bears the name 'B. G. Tailors' who were based in Texas.There is a second label which bears the original owners name 'J. A. Tallon' and the date of 5-12-52.

The trousers are in good condition and are very wearable. They display well with no serious flaws or signs of wear. They are of course a vintage, pre-owned item so may have small issues commensurate with age. Please take time to study the pictures before purchasing.

A very nice pair of trousers which are made from a heavy material which gives them a nice hang. The quality of these US officers trousers is hard to beat!