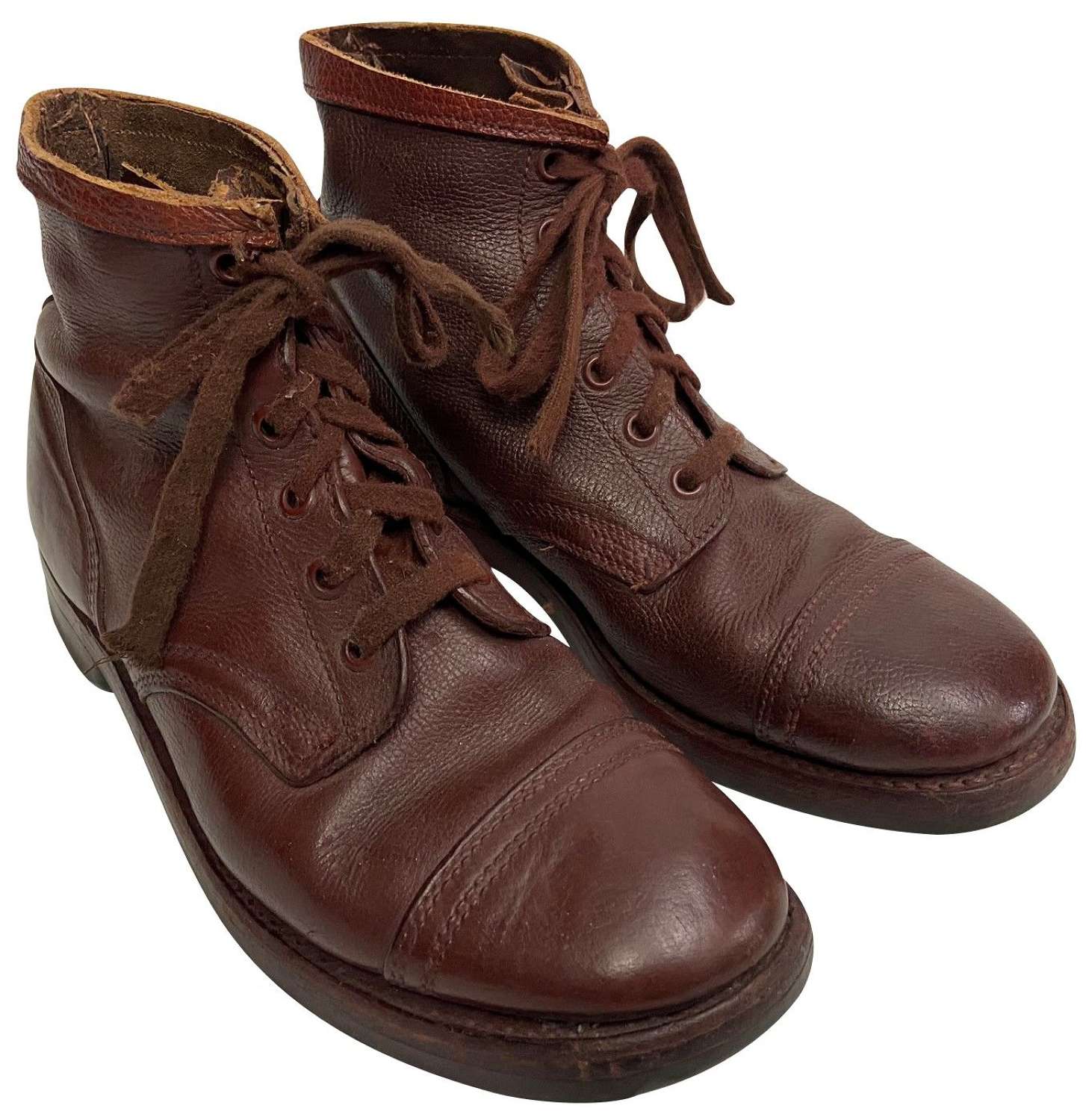 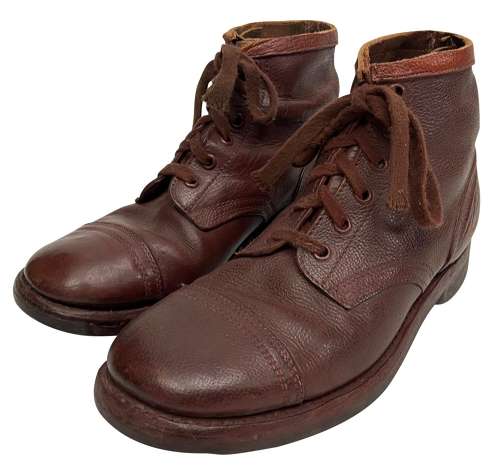 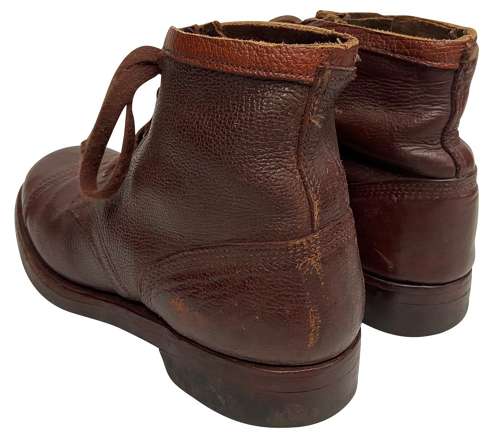 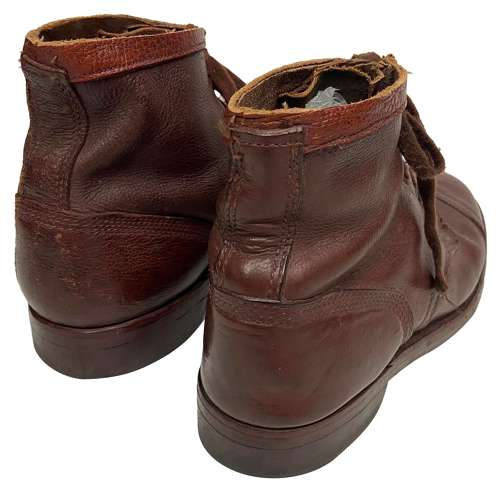 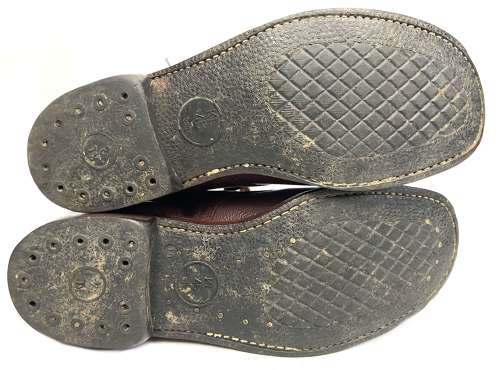 An original pair of post Second World War Dutch paratroopers boots which have been shortened to an ankle boot.

This model of boot is closely modelled on the US Army Service Shoe issued during the Second World War. Due to the similar design they have proven a popular choice for re-enactors and mannequins over the years as they are much more affordable than the originals.

The boots are made from a brown coloured pebbled leather and feature a full rubber soles and heel. Like their American predecesor they feature a toe cap which is stitched in the same way. There is evidence of where the boots have been shortened to the tongue and the upper which has been neatly finished with a leather trim.

The sole of the boots bears the European size of 45 which equates to a UK 10.

The boots are in worn condition but display well overall. They look to be very wearable but are of course a vintage, pre-worn item so please take time to study the picture before purchasing.

A good pair of period boots which would make a nice stand in for US made examples.