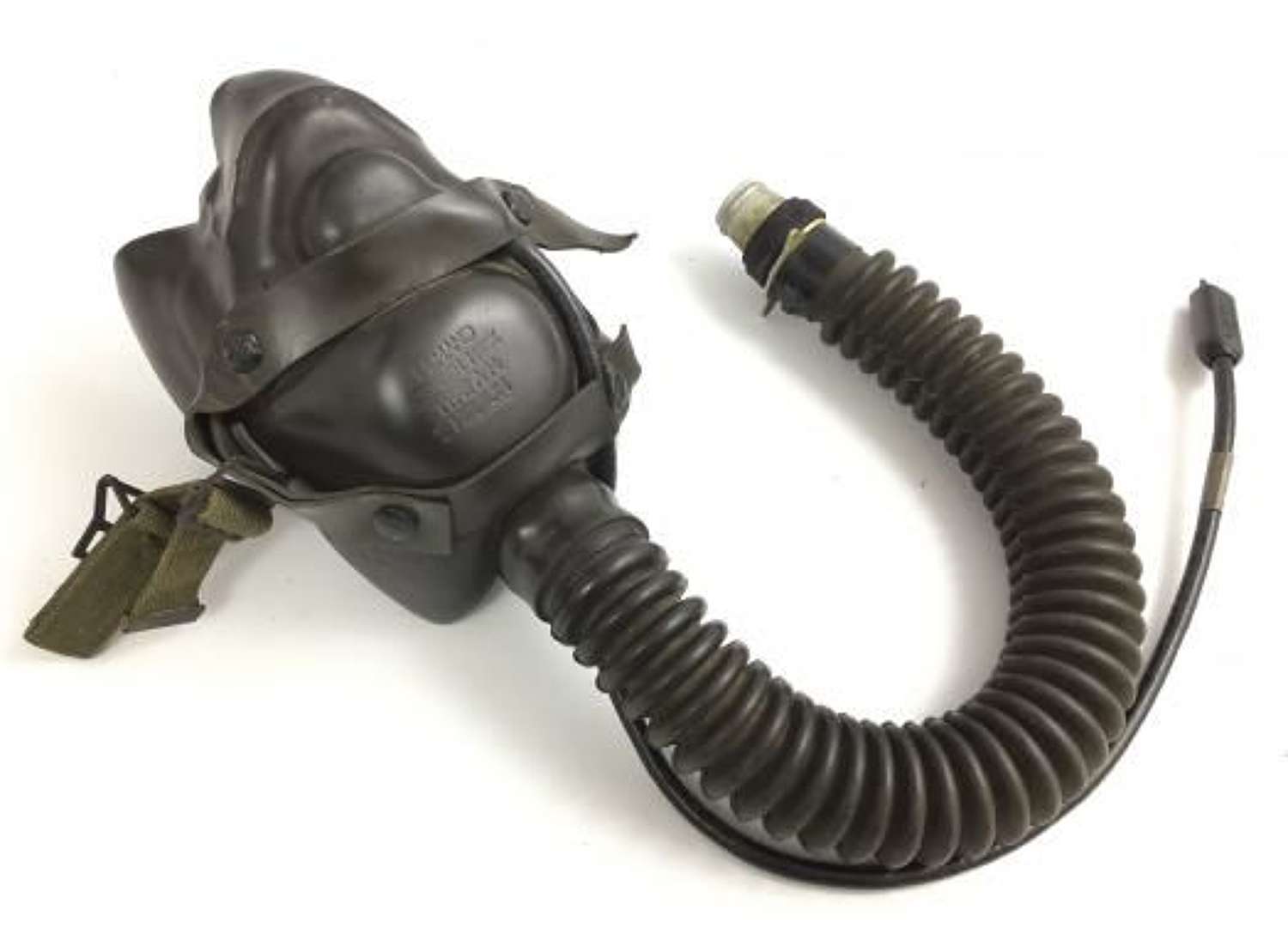 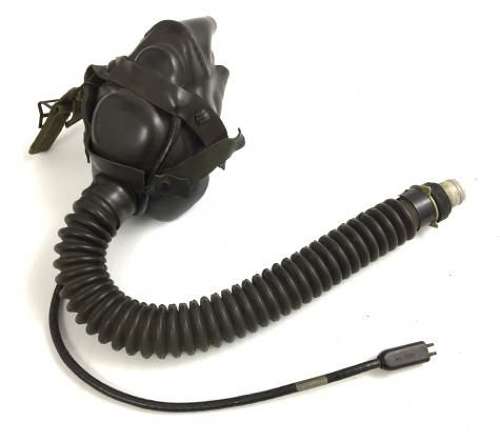 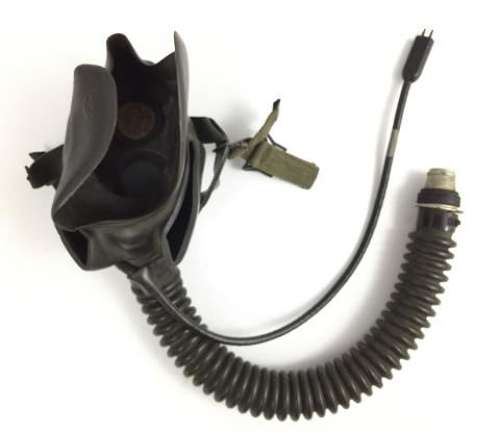 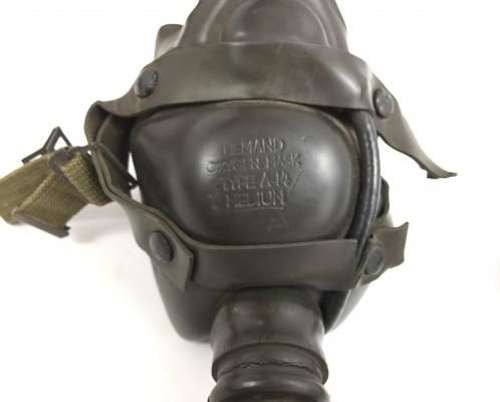 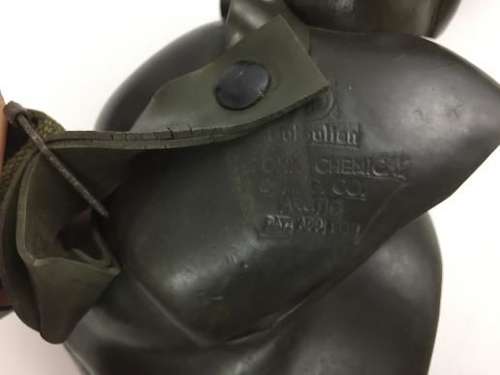 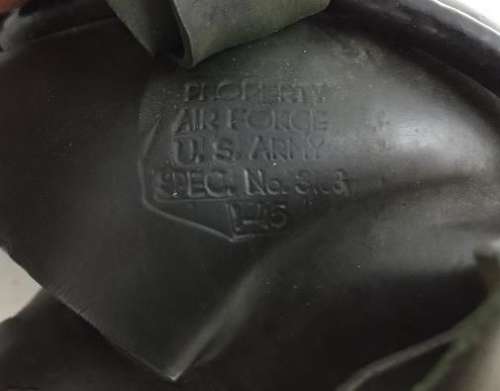 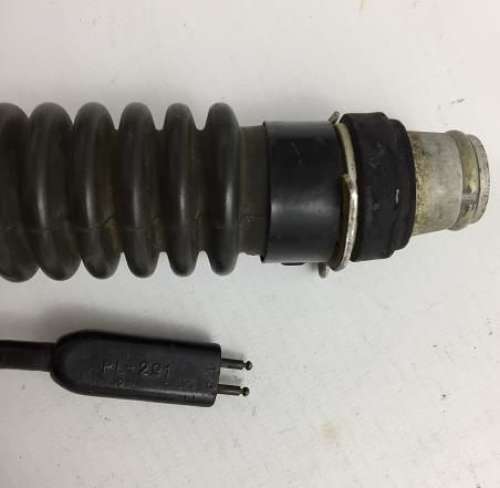 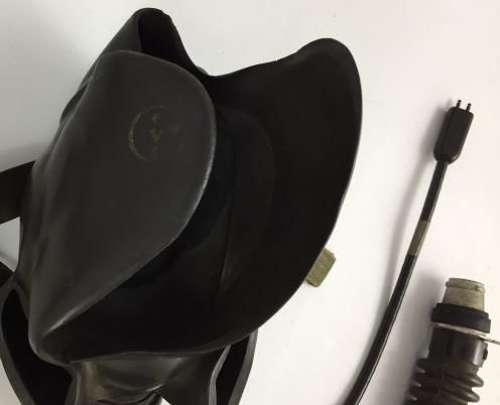 This pattern of oxygen mask came into use with the USAAF in 1943 and was the standard issue for fighter pilots and bomber crews until the end of the Second World War.

The mask was made by Ohio Chemical & Manufacturing company in January 1945 and is complete with its original microphone, rubber harness, quick release clip and corrugated rubber hose.

The overall condition of the mask is good and it displays well as can be seen in the pictures. Sadly the rubber harness has broken at some point though and this would need to be repaired if it was to be mounted on a flying helmet, although it can hang from one side of a helmet in its current state.

Overall a reasonably good wartime example of this pattern of oxygen mask complete with its original microphone which displays nicely.