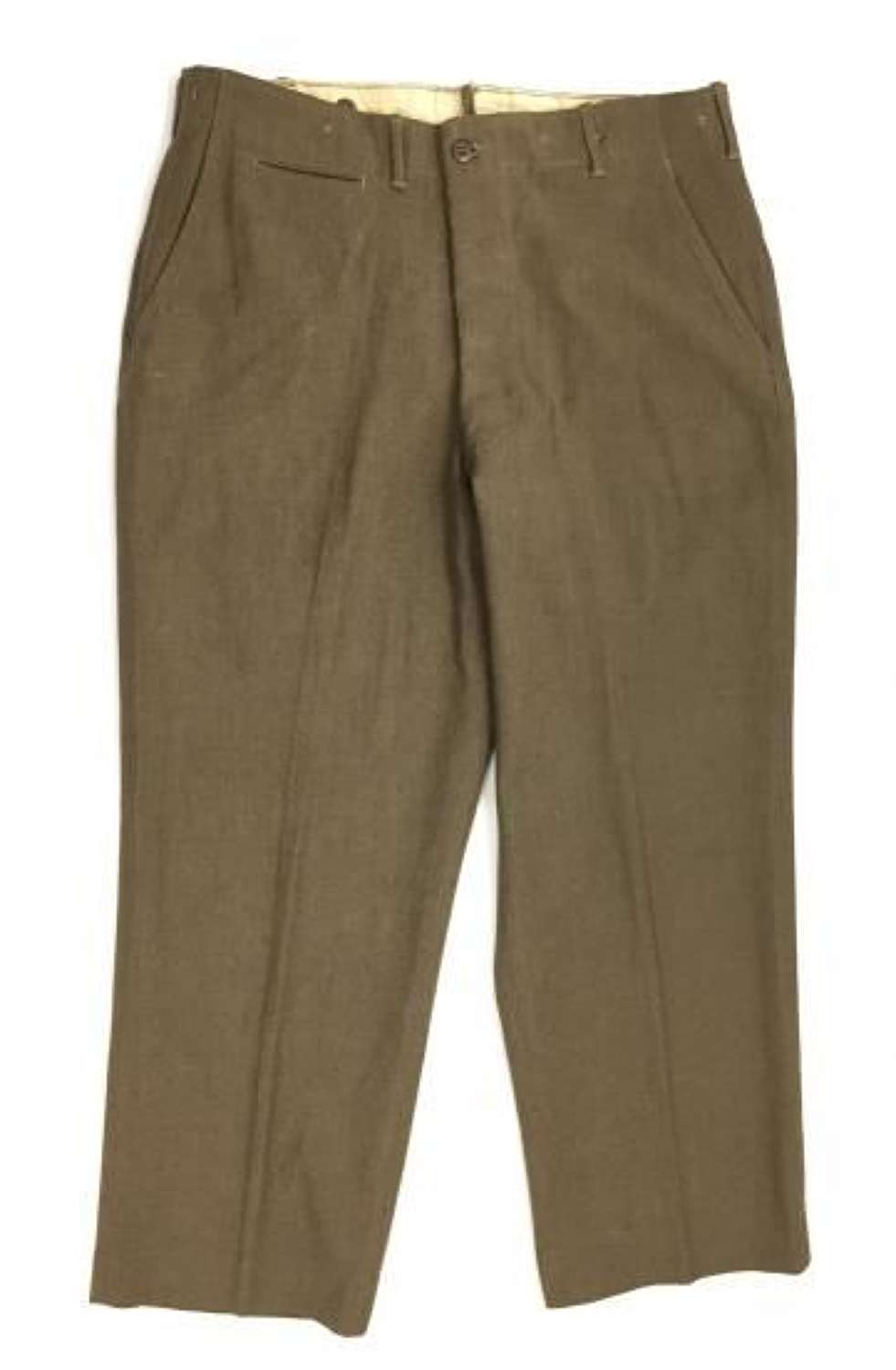 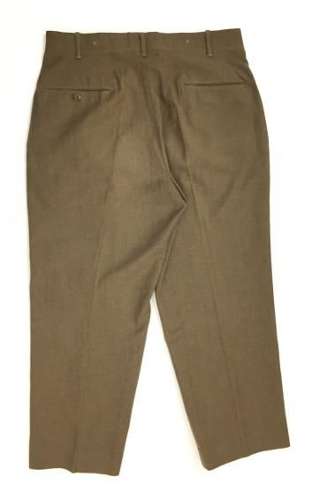 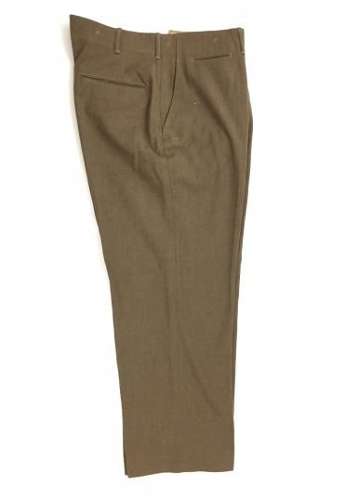 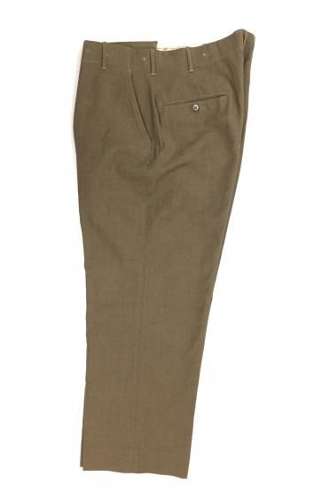 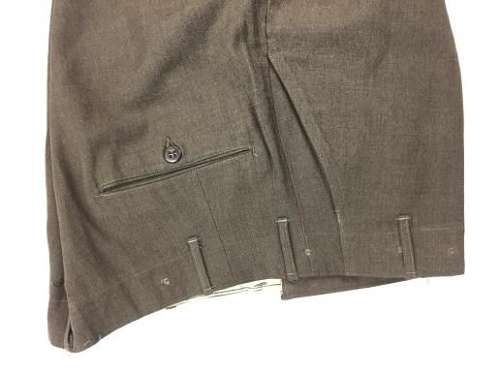 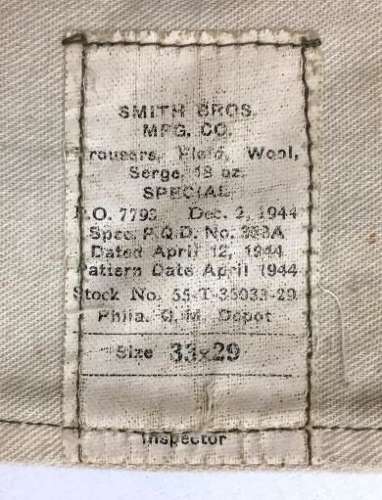 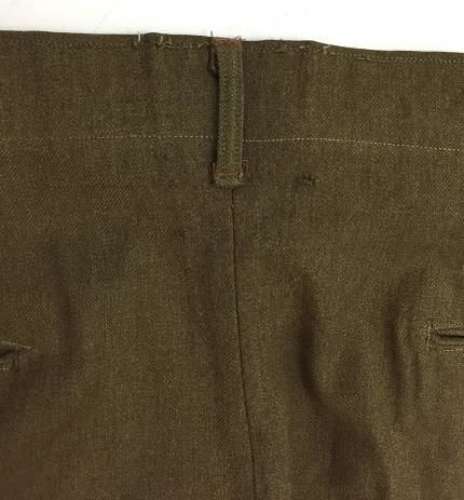 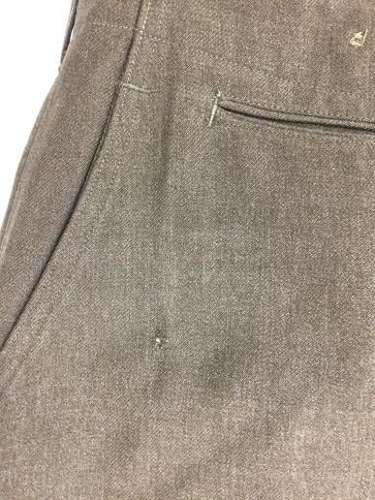 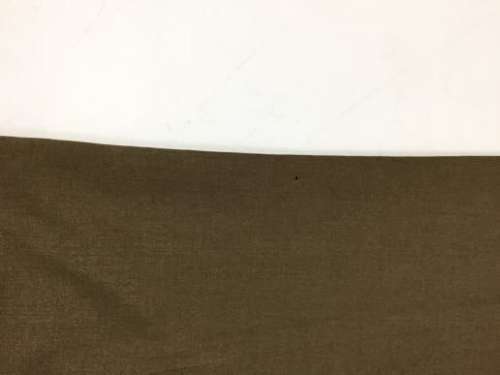 These trousers were the standard trousers issued to Enlisted Men in the US Army as well as the USAAF during the Second World War. They are made from a khaki serge and feature two slash pockets, one to each hip; two rear pockets, belt loops and a small fob pocket in the waist.

Inside the trousers still retain their original manufacturers label. They were made by 'Smith Bros MFG. Co' in late 1944 and are marked as a size 33x29. They have however been let out in the waist and now measure 36" at the waist and still have a 29" inside leg.

The overall condition of the trousers is good and they display well. There are a couple of small holes as shown in the photographs but generally speaking are in reasonably good condition.

A nice original pair of wartime American trousers in a large wearable size.