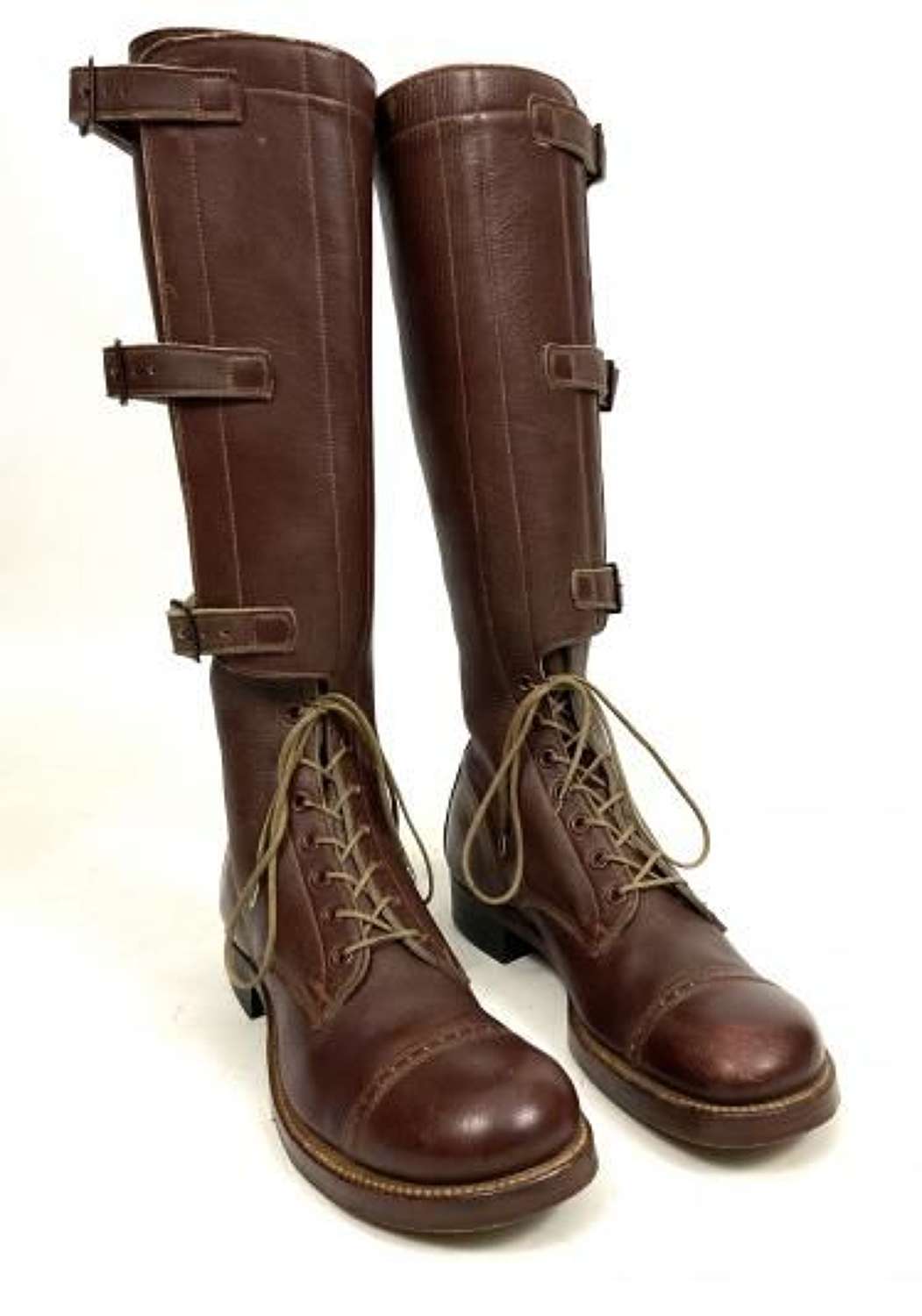 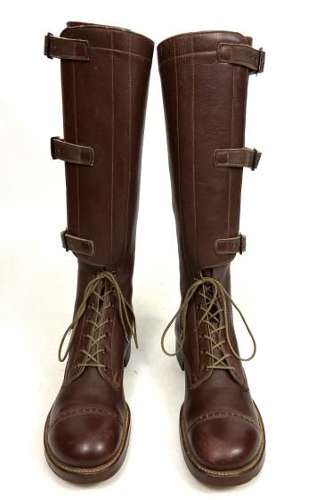 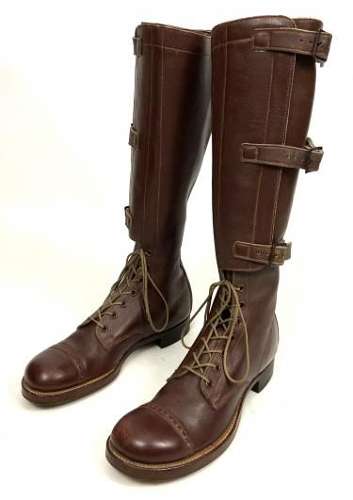 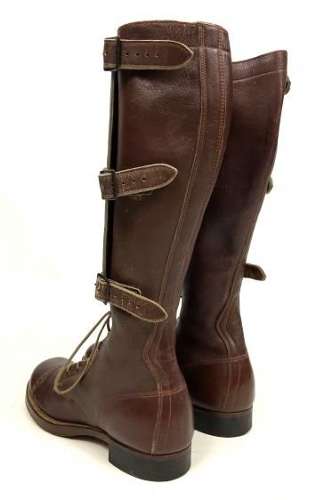 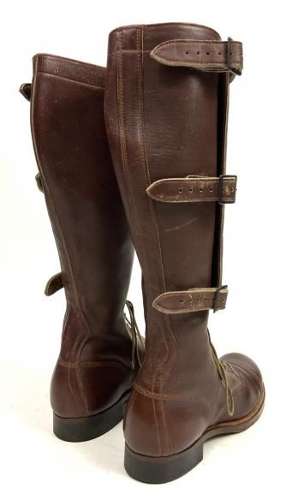 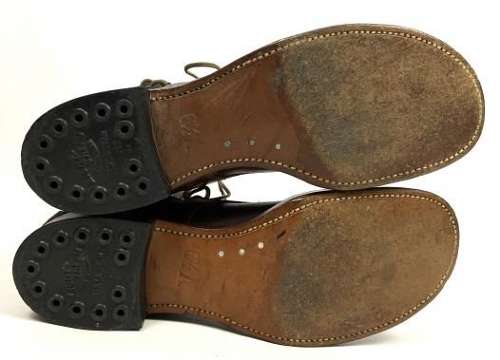 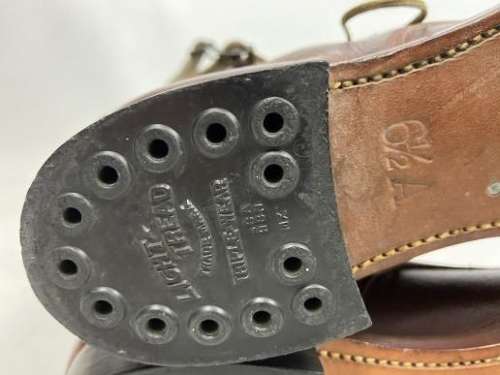 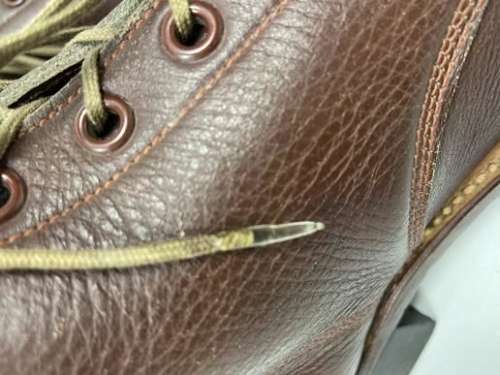 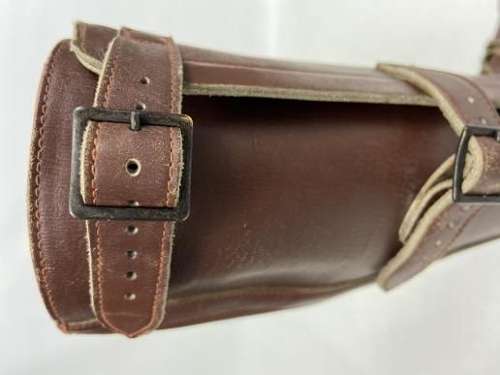 This pattern of boot was introduced into the US Military to replace the earlier M-1931 leather field boot which was fully lacing. They were originally intended to be used by the Cavalry and feature rubber heels marked 'Light- Tread. They saw use with Armoured units during the conflict with this style being worn again my Brad Pitt in the film 'Fury'.

The interior of the boots is beautifully marked with the manufactures name 'INTERNATIONAL SHOE CO.' as well as the date of 'NOV 13 1944' and the size which is 6 1/2A. The size is also stamped to the sole of the boot.

The boots are in very nice condition and display extremely well. The leather is in good condition on the soles show only a very limited amount of wear. They have what appears to the be the original laces. The reverse of the leather straps has some flaking but this is not visible as it is on the rear side. Aside from this there are only limited signs of age and wear as can be seen in the pictures.

All in all a very good example of this pattern of boots which would be pretty hard to better. They would make a fantastic addition to any WW2 collection as they display so nicely.